Opinion // Who Will Be Israel’s Champion? 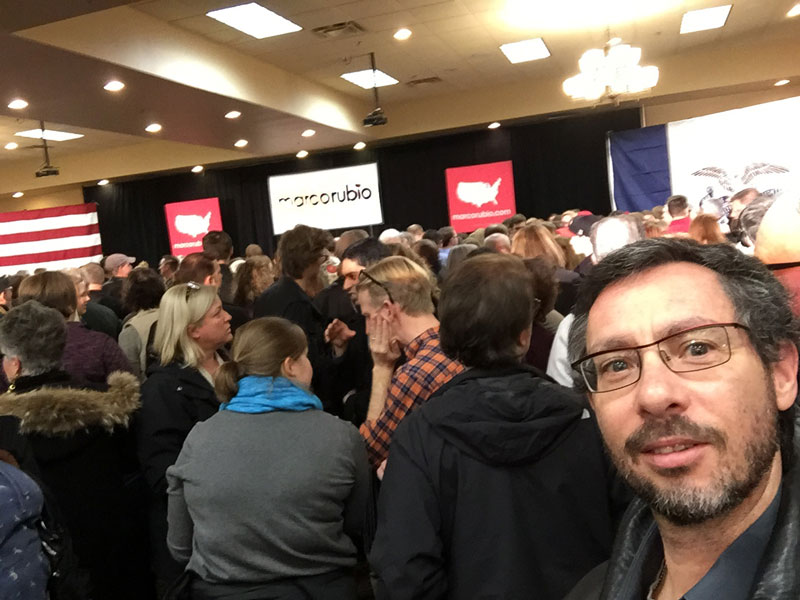 Opinion // Who Will Be Israel’s Champion?

An Israeli scours the incomprehensible primaries for a “friendly bully.”

It’s never been easy for the Israeli establishment to foresee how a newly elected American administration is going to behave. Israel did not know in advance that Lyndon Johnson was going to be Israel’s best American friend, possibly ever. It was taken aback by Gerald Ford’s supposed hostile tone in the mid-1970s. And it was pleasantly surprised by Bill Clinton’s warm relations with Yitzhak Rabin.

In fact, with Clinton, the surprise was mutual. In 1992, as Clinton’s ambassador to Israel Martin Indyk told me recently, the soon-to-be-president was “petrified” when Rabin, who had just been elected prime minister, came to Kennebunkport to meet with then-president George H. W. Bush. Clinton thought Rabin was going to endorse Bush for reelection. And indeed, at the time Rabin “may have preferred a Republican,” Indyk says.

Whether or not Rabin preferred a Republican in 1992—we will never know for sure—he certainly did when Richard Nixon was running against George McGovern in 1972 (later denials notwithstanding). Menachem Begin was not exactly upset when Ronald Reagan replaced Jimmy Carter, and Ariel Sharon was pleased when George W. Bush defeated John Kerry in 2004.

When Israel does have a preferred outcome in an American election, it often proves misguided. The George W. Bush case was another notable misreading. When Bush was first elected in 2000, much of the Israeli establishment expected the kind of trouble it used to have with the George H.W. Bush administration. Today, Israelis in polls see Clinton and Bush as the two best presidents for Israel in the last 30 years. Twice wrong, twice pleasantly surprised.

Israelis actually have clear, if contradictory, criteria when shopping for an American presidential candidate. They want a candidate who is going to be friendly toward Israel as an instinctive tendency—and who will also strengthen America’s image as a Middle East bully, ready to protect its friends and harass its enemies.

But figuring out who the “friendly bully” will be is another matter. Things seemed a lot simpler (at least to Israelis) in 2008, when Barack Obama, running for president, promised to be a friend of Israel’s but also made sure to note that being a friend does not mean having a “pro-Likud approach” to the Middle East. That sounded to many Israelis like a reason to look elsewhere (and indeed, eight years later, large majorities of Israelis tell pollsters that Obama is the worst American president for Israel in the last 30 years). Mitt Romney, too, seemed willing to be more accommodating than the Obama administration; Romney might not have been an inspiring candidate, but Israel considers itself too clever to fall for inspiration. For an American president, Israel wants a reliable ally, not a symbolic, transformative revolutionary.

As I followed this year’s candidates through two and a half tense weeks in Iowa and New Hampshire, and afterward, I searched for clarifying signs, without much success. Even setting aside Israel’s mixed record of prediction, these candidates pose conundrums not previously encountered.

What, for instance, to make of Hillary Clinton, who was both the first lady in an administration ranked as the friendliest ever by most Israelis and a secretary of state known to be highly critical of Benjamin Netanyahu’s government? It’s hard to say what a Hillary Clinton foreign policy would look like: Clinton is fighting a rival who tilts leftward, and, careful not to give Democratic voters of progressive tendencies more reasons to reject her, keeps her views and future plans on Israel to herself. If elected, she could prove a huge headache for an Israeli government, or she could turn out to be much more accommodating than President Obama (with Bernie Sanders, proudly Jewish though he may be, headache seems the only option).

What about Donald Trump, who calls Netanyahu “my friend” but expressed displeasure with the prime minister’s “condemnation” of Trump’s remarks regarding Muslim immigration? What about Ted Cruz, a senator vowing to move the American embassy to Jerusalem but also suspected to be a cold-hearted “realist” who wants nothing to do with Middle East meddling? Would Marco Rubio, who says all the right things from the Israeli government’s standpoint, also do the right things—or change his tune when elected, as some administrations do? Then there’s John Kasich, a moderate Republican and traditional fiscal conservative, but also a governor who took the time to attend Netanyahu’s speech to Congress last year.

The Ohio governor said at a Manchester rally that he would not “bully Israel.” He also said that “If I have a problem with Netanyahu, I will talk to him privately”—which seemed to mean that sparring with the Israeli government in public is the Obama administration’s main fault, not necessarily its policies. Kasich, if elected (and as this article goes to press, this seems an unlikely scenario), could be anything from a Gerald-Ford-style realist to a supposed neoconservative like John McCain, a president who “gets it”—who shares Israel’s understanding of Middle East trends—or one with little patience for Israeli complaints.

Israelis often believe, with good reason, that America does not really understand the Israeli political scene. In last year’s Israeli election, the Obama administration clumsily tried to assist the opposition to Netanyahu without realizing that it was inadvertently helping him. And this was hardly the first time an American misreading of an Israeli electorate misfired. But for Israel to misread an American electorate, and hence the trends that affect U.S.-Israeli relations, is much more consequential. So 2016 will be a year of apprehension. An American election that is so hard to fathom is going to make Israel even more nervous than usual.

Shmuel Rosner, a Tel Aviv-based writer and editor, is a contributor to The International New York Times and political editor of The LA Jewish Journal.