Home / Latest / Opinion | Returning A Mensch to the White House 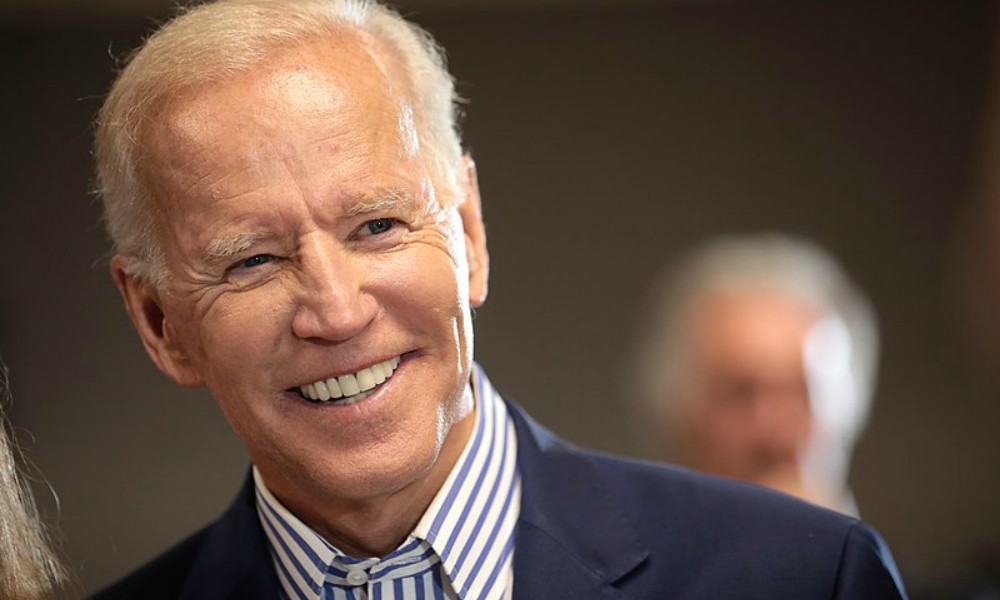 What would it mean to see a mensch like Joe Biden in the White House? A great deal for the United States, for the American Jewish community and for Israel’s security.

In this age of pandemics and polarization, it may be hard to envision. But it’s not a mystery. Someone who prizes decency and embodies dignity. Someone who exercises empathy and exhibits patience and understanding. Someone who lives, breathes and acts on the basic beliefs which are unique to Jewish tradition and universal in application—to pursue justice, welcome the stranger, open your hand and your heart to the needy and love your neighbor.

Does the current occupant of the Oval Office meet that definition? Not even close. As we pass the third anniversary of the Charlottesville “Unite the Right” demonstration, replete with swastikas and anti-Semitic slogans, Donald Trump said there were “very fine people, on both sides.” He vilifies immigrants, promulgates policies which separate children from their parents, rejects science, and strives to strip health care under the Affordable Care Act away from Americans just as they need it most.

And as to the Jewish philosophy that if you save a single life, it’s as if you’ve saved the world? Nearly 150,000 Americans lost to COVID-19—and counting—says that Talmudic principle hasn’t found a foothold anywhere in the current administration and its apathetic response.

Simply put, Donald Trump has failed the test of menschlichkeit from day one. And it shows not only in his backward policies and dangerous rhetoric, but in the divisive situation we see right now.

Fortunately, we live in a democracy. A presidential election is fewer than 100 days away. We have a chance to vote our values and clear a path back to character in our commander-in-chief. Because Joe Biden is a mensch.

I don’t make this claim as a distant observer analyzing which politicians represent our values—and which ones miss the mark. Though dayeinu, that would be enough.

I’ve been blessed to see firsthand who Joe Biden is as a U.S. Senator, as a vice president and as a human being; a man who took time from his vice-presidential responsibilities to attend the shiva for my wonderful wife Fran.

For American Jews, the evidence comes up everywhere you turn.

Joe Biden has worked tirelessly to realize the promise of tikkun olam. A leading force in extending affordable health care and literally saving millions of lives. A champion of women’s rights and reproductive freedom. A voice for civil rights who supported the cause of justice for African Americans from his earliest days in office—and who has remained a strong advocate for immigrants and equality for all people. A fighter for our children’s safety in the face of unrelenting gun violence. A public servant who vows to tackle climate change as the existential crisis it is. And now a clear, compassionate voice for an all-out, fact-based effort to help Americans survive COVID-19, not try to wish it away.

Take these together, and so many more examples, and you see a leader who’s spent the better part of his life trying to perfect our world. He helps without expectation of a return or recognition—a far cry from what we see in the White House today.

When it comes to the startling rise of anti-Semitism the past three years—too often answered with deafening silence from President Trump, from Charlottesville to Pittsburgh to Poway to Jersey City—you couldn’t find a more vocal ally than Joe Biden, determined, dedicated and unflinching in his resolve to restore American ideals of welcome, belonging, and respect for the rule of law. And you won’t watch him ever back down to the likes of white nationalists or Boycott, Divestment and Sanctions (BDS) backers or attempts to delegitimize Israel on the world stage.

When it comes to fulfilling hatikvah, the hope, for a secure Israel in the historic homeland of the Jewish people, you couldn’t ask for a better friend than Joe Biden.

From his first trip to Israel as a freshman senator on the eve of the Yom Kippur War, when he met Golda Meir and Yitzchak Rabin; to his key role securing a historic, $38 billion aid package during the Obama years; to his advocacy for Israel’s Iron Dome anti-missile system and his staunch backing of a two-state solution—from these experiences and so many since Biden understands what is necessary to maintain a strong U.S.-Israel relationship. He has defended Israel from unfair attacks in their retaliation from Hamas rockets during the 2014 Gaza conflict. He knows how to be an honest broker for peace. He will do what it takes to ensure Israel remains a secure, Jewish, and democratic state.

When it comes to the true meaning of tzedakah, you couldn’t search for a stronger advocate in the pursuit of justice than Joe Biden. This is where I’ve witnessed his commitment and compassion the most: during the Clinton and Obama-Biden administrations, I led the negotiations to provide belated justice to Holocaust survivors. Together with my ongoing role as special negotiator for the Jewish Claims Conference with Germany, I’ve negotiated over $17 billion in recoveries from Swiss and French banks, German and Austrian slave labor companies, European insurance companies, art and property restitution and compensation.

Without a doubt, Joe Biden was my strongest supporter. In fact, he launched and led an unprecedented initiative for the U.S. government to aid poor, elderly Holocaust survivors in the United States, more than a third of whom live at or near the poverty line. That effort resulted in $12 million allocated to the Jewish Federations of North America for survivors in need.

That’s the soul of a man who believes in the power of public service with all his heart and uses that power for good.