Opinion | Is Free Speech on the Wane?

Everyone nowadays is afraid of ideas—even Jews.
Home / 2020 September/October / Opinion | Is Free Speech on the Wane? 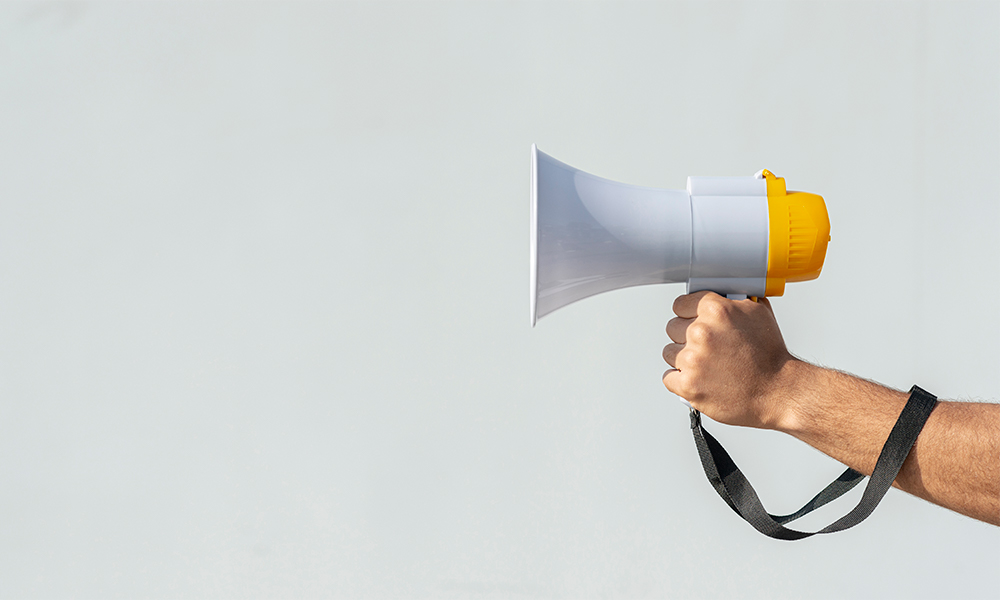 Opinion | Is Free Speech on the Wane?

The past few years have suggested that the free speech values enshrined in the First Amendment are running out of steam. Strangely, many Jewish voices—across the political spectrum are helping hasten the decline.

In contrast to the postmodern idea of plural truths—long decried by conservatives—there is now only one truth, determined by a certain set’s conventional wisdom. The rest, as pre-Enlightenment thinkers would tell us, is “error.” And error, we are taught, has no rights.

This approach takes three forms. Some ideas are so vile, we are told, that they should not be espoused at all; they and their adherents should be suppressed. Professor Chloe Clark of Iowa State University warned her writing students that they could not “choose any topic that takes as its base that one side doesn’t deserve the same equal human rights as you do.” Thus, they could not make arguments against gay marriage, abortion or Black Lives Matter or support “Sorophobia”—the fear of George Soros. If they engaged in such “othering,” they would be dismissed from the class. (The university, once alerted, pushed back.)

Others argue that even if speech is not objectively offensive, it can be shut down if someone is offended by it. Justice William O. Douglas has told us that “speech may have profound unsettling effects.” Indeed, it may “stir people to anger.” But, he concludes, unless there is a “clear and present danger” (an imminent threat, not a case of hurt feelings), they should just suck it up. In contrast, many today presume they have a right not to be forced out of their comfort zone.

There is now only one truth, determined by a certain set’s conventional wisdom.

Still others add a fillip: The speaker makes them fearful. Remember Senator Tom Cotton? He wrote an intemperate op-ed in The New York Times about sending troops into cities to quell protest marchers who, he claimed, threatened public order. Put another way, he supported the president’s view on the use of federal troops in Portland and Seattle. The backlash was immediate; the op-ed page editor, James Bennet, was forced out. Many Times staffers wrote that Cotton’s op-ed had placed Black journalists in danger and therefore should not have been published.

The notion that some views are too vile to be allowed into the marketplace of ideas can be explained only by a fear that vile ideas may win. It suggests that those with “good” ideas lack confidence in them or think the marketplace itself is rigged, incapable of putting vile ideas in their proper place. Whatever the reasons, this belief that ideas should no longer be tested in a public forum upends our traditional notions of tolerance in a liberal society. I have been sorry to see the Jewish community successfully use these same rationales in seeking to silence pro-Palestinian speech that they consider wrong, offensive or dangerous to the State of Israel. Israel itself has taken a strong interest in these efforts, creating a semi-secret Ministry of Strategic Affairs to assist the diaspora in combating anti-Israel speech.

In 2015, scholars at Southampton University in England tried to hold a three-day conference on “International Law and the State of Israel: Legitimacy, Responsibility, and Exceptionalism.” After pressure from the Israeli embassy and British Jewish groups, the conference was canceled twice (it was eventually held in Cork, Ireland in 2017). Academic speech questioning the legal basis of Israel’s founding apparently cannot simply be refuted; it must be suppressed. Similar efforts to stop Palestinian student conferences at the University of North Carolina-Chapel Hill and Northwestern University failed—but not for want of trying. Jewish community organizations also have lobbied for laws, passed in several states, that bar BDS supporters from being awarded state government contracts.

Some Jews too allege fear for their personal safety as a reason to shut down both speech and offensive speakers. At the University of Illinois, a newly hired Palestinian professor had his job offer rescinded because of extremist anti-Israel tweets. A Jewish professor who supported BDS was dropped from consideration to be the permanent dean of George Washington University’s Elliott School of International Affairs (she remains acting dean). At both campuses, Jewish students wrote to the administration that they felt fearful at having people with such thoughts on campus. None could point to violent action by the professors. Those students, like The New York Times reporters who feared Cotton’s op-ed piece, apparently need not show that their fear is reasonable or objectively justified.

In a 2020 op-ed, Israeli scholar of anti-Semitism Manfred Gerstenfeld suggested that “the text of the First Amendment of the United States in its present form is obsolete” and to defeat BDS it “should be reformulated.” This seems unlikely. The courts still backstop free speech, rejecting challenges that rely on distress and offense. But society seems to be evolving in another direction. And as the late 19th-century humorist Finley Peter Dunne famously observed, in the long run, “th’ Supreme Court follows th’ election returns.”

It is sad to imagine that my grandchildren will have to fight once again for the First Amendment that antiquarians like myself have viewed as a bulwark of our own liberties. Meanwhile, Jews, and especially the organized Jewish community, should have no part in this stampede away from free speech.