As Moment reported in its award-winning story, “The High Court in the Hot Seat,” revamping the judicial system has long been a goal of Israeli right-wing parties, and especially for those on the far right. However, until the current election, this reform was mostly discussed within small circles and was never a central part of any campaign.

Yet last week, MK. Betzalel Smotrich, head of the Religious Zionist Party, along with fellow party member Simcha Rothman, an attorney, published their platform for a revised judicial system. Formally called “The Plan for Law and Justice to Amend the Justice System and Strengthen Israeli Democracy,” it has been dubbed by some in the media as “The Plan to Destroy Democracy and Save Netanyahu.”

This is because the proposed plan would not only change the balance of power between Israeli politicians and the legal system, it also includes provisions to nullify laws regarding breach of trust by public officials: the same provisions that former, and hopeful, prime minister Benjamin Netanyahu is currently on trial for violating. The plan would essentially provide Netanyahu with a “get out of jail free” card.

Among its numerous proposals, the plan suggests “strengthening the principle of the separation of branches, strengthening the independence of the democratic apparatus and the justice system’s limiting of that independence.” Controversially, this includes what is known as the override clause, which would allow a Knesset majority of 61 to “override” Supreme Court rulings that struck down legislation that the justices deemed to be a violation of Israel’s basic laws. 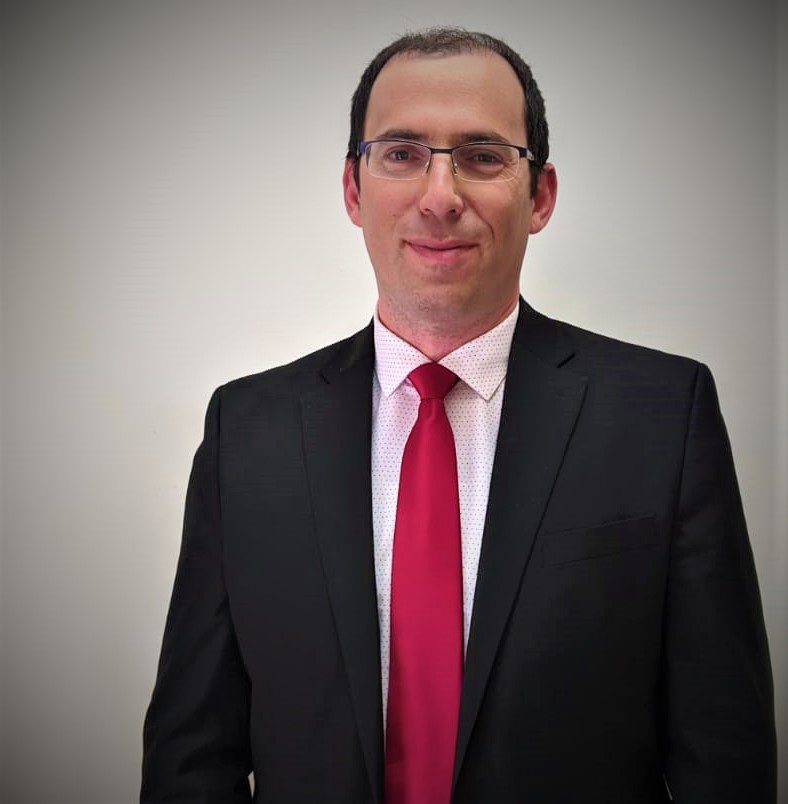 In practice, this would be as if the United States Supreme Court were to be stripped of its ability to declare a law or practice unconstitutional. Attorney Anat Thon-Ashkenazy of the Israel Democracy Institute, an independent Israeli think tank, warns that this would prevent the court from protecting the rights of a minority from threats by the majority.

The plan also calls for the annulment of the current law against breach of trust, which Thon-Ashkenazy refers to as “one of the pillars in the fight against government corruption in Israel.” While acknowledging that some parts of the current law are in need of clarification, she cautions that the change in the law could damage efforts toward preventing government corruption.

Furthermore, annulment of this law would lead to the cancellation of the charges against Netanyahu in at least two of the three counts against him. Netanyahu has said that he does not expect the law to put an end to the trial, but as Yossi Verter writes in Haaretz, this is at best disingenuous, since no court would continue to conduct a trial based on charges that are no longer criminal under Israeli law.

Among its other proposals, the plan calls for increasing the role of politicians in the selection of Supreme Court justices. Many other countries, including the United States, also have a combination of politicians and professions to appoint judges, these legal systems have greater balance between them than what Smotrich is suggesting. For instance, while justices in the United States are appointed by politicians, the U.S. Constitution maintains a clear separation between the different branches of government. Israel has no constitution to fill that role. 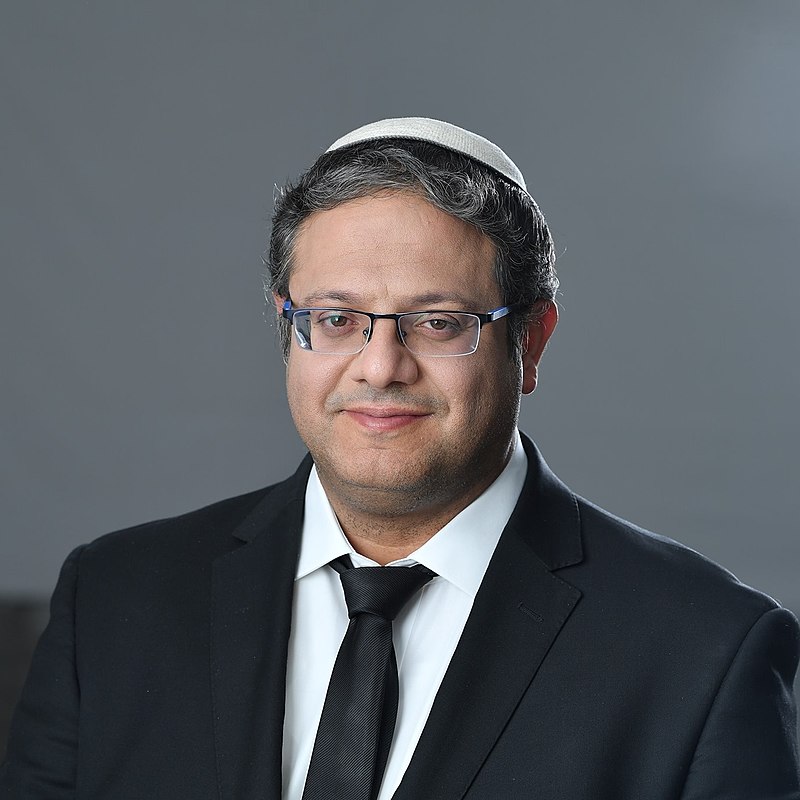 The presentation of the plan at a news conference is an indication of the far right’s growing confidence. Smotrich’s Religious Zionism Party is part of an alliance of right-wing and Orthodox parties that also includes Otzma Yehudit (“Jewish Power”), led by Itamar Ben-Gvir, who is a follower of the racist teachings of Meir Kahane, and Noam, the virulently anti-LGBTQ party led by Avi Maoz. Polls are predicting that together this bloc will receive between 10 and 14 seats of the 120 seats in the Knesset, which would make it Israel’s third-largest.

This growth in political power is buoyed by the current rightward trend in Israeli politics. However, had they run separately in the elections, polls predicted that neither Otzma Yehudit nor Noam would have garnered enough votes to pass the threshold needed to get into the Knesset. Netanyahu brokered the merger between the parties, he has said, in order to prevent the waste of right-wing votes.

Smotrich, Ben-Gvir and Maoz know that Netanyahu’s intervention provided them with the legitimacy they needed to break from the fringe to the mainstream of Israeli politics. But they also know that Netanyahu needs them, too, and it would appear that they fully intend to take advantage of this. Smotrich announced that acceptance of justice system reform plan would be a precondition for joining any coalition, and that his party would also demand that members of the bloc be appointed to several significant ministries in the future government, including the defense, internal security, finance, transportation and justice portfolios.

The Kach movement founded by American-born extremist Meir Kahane was banned from the Knesset in 1994. Yet Netanyahu, beholden to the far-right bloc that he brokered, said of Ben-Gvir, an avowed disciple of Kahane, that he could “certainly be a minister in a new government.”

Rothman, a prominent ideologue of the right, has argued that the Supreme Court is politically biased. “The judges cannot accept that the right has repeatedly won the elections,” he said last year. “So they use their courts to control the politicians and promote their agenda.” That agenda, Rothman claims, favors universalist values and human rights at the expense of what he views as Jewish values and leads the court to invalidate laws that do not fit its Western- and liberal-oriented view.

But as former Chief Justice Dorit Beinisch responded, the court has actually overturned legislation passed by the Knesset less than 20 times throughout its entire existence. Smotrich’s efforts may be more preemptive, since in various statements he has made it clear that he supports legislation that the court would probably strike down. He has called for applying religious law to the public arena, including separation between men and women in public spaces and public institutions; limiting the rights of the LBGTQ community; enforcing Sabbath restrictions in public spaces, including in secular neighborhoods; and enforcing separation and forbidding intimate relations between Jews and non-Jews, among other ideas.

At least some of the measures regarding the role of the courts are likely to receive support from like-minded organizations in the United States. Rothman is a member of Kohelet, an Israeli NGO founded and supported by the U.S-based Tikvah Fund. Kohelet helped to establish the Israel Law and Liberty Forum, whose American counterpart, the Federalist Society, is widely credited with promoting at least six of the nine justices currently on the U.S. Supreme Court, including Brett Kavanaugh and Amy Coney Barrett. Kohelet and the Israel Law and Liberty Forum take credit for successfully promoting some of the more conservative judges recently appointed to Israeli district courts and the Supreme Court.

The prominence of legislators, and perhaps ministers such as Rothman, Smotrich and Ben-Gvir, could increase tensions between the American-Jewish community and Israel over issues such as the treatment of vulnerable groups, including migrant workers; gender and reproductive freedom; the role of religion and the threat of theocracy; and the Jewish and democratic character of the State of Israel.

Recently, during rioting in the East Jerusalem neighborhood of Sheikh Jarrah, a community that has been the scene of repeated clashes, and at a time of heightened tensions in the city, Ben Gvir drew his handgun and brandished it about in order, he claimed, “to protect Jewish residents.” Only a few days later, he was interviewed on a popular Israeli morning talk show where, wearing a white apron and smiling broadly, he made light of that incident as he cooked stuffed peppers in the studio kitchen and shared his family’s recipe.