The close-knit community is angry at its leaders’ inadequate response to COVID-19.
Home / Coronavirus / Opinion | The Rebellion of Israel’s Haredim 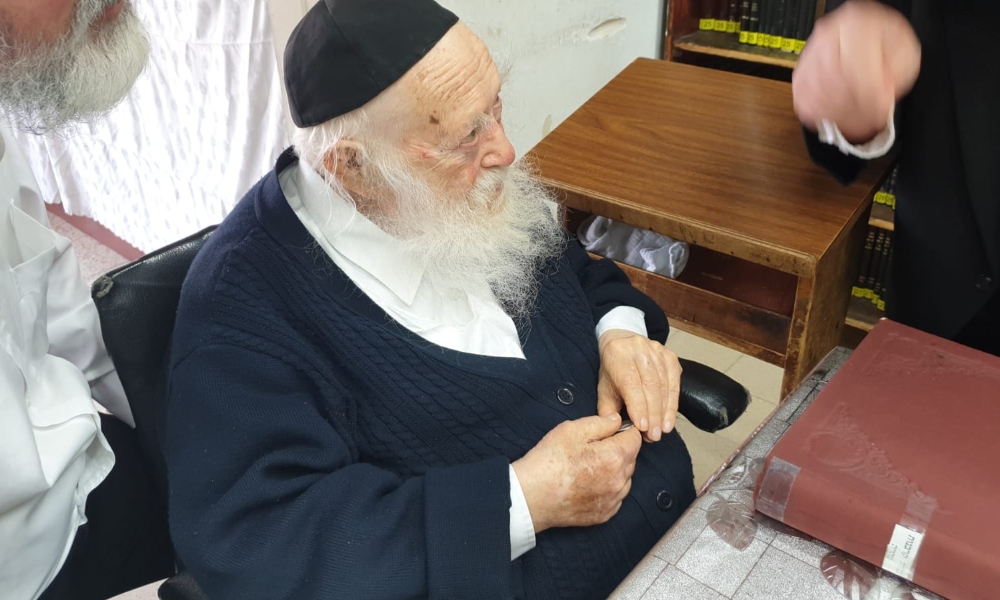 In mid-January 2020, when Israelis first became dimly aware of a mysterious new virus coming from far-off China, most of our attention was focused closer to home. Although we empathized, we were more concerned about the inability of our politicians to form a government. Once the story changed, though, it did so with alarming speed. Infected Israelis were brought home from a cruise on the Diamond Princess; hundreds of schoolchildren on field trips were exposed to infected Greek and South Korean tourists; and by election day, Israel had its first homegrown COVID-19 victim, signaling the beginning of a historic and dystopian scenario no one could have predicted. And while it’s far from over, that scenario has already had at least one positive long-term result that no one would have predicted either.

For my family, the timing couldn’t have been worse. March 10 was not only Purim, a day when religious law requires attendance at festive dinner parties and raucous, packed synagogue megillah readings, but it was also my granddaughter Avigayil’s long-awaited and meticulously planned Star Wars-themed bat mitzvah. My Queen Amidala costume and white face paint were in the closet, as were my husband’s Luke Skywalker robes.

What to do? Even though the government at that time permitted gatherings of 100 or fewer, my instinct told me that everyone—my own family, the many guests, the catering staff—could be unwitting carriers. In the end, I took a deep breath, put two red dots on my white cheeks and got into my red robes. But I was terrified, the decision echoing one I had made two decades earlier, in 2002, when I had forced myself to overcome justified fears to join my elderly, Holocaust-survivor in-laws for seder night at the Park Hotel. (That seder was bombed in a terrorist attack; 30 guests died.) After the bat mitzvah, my husband and I went into voluntary lockdown and isolation, listening to the second megillah reading on television.

It was a wise decision. In the days that followed Purim, the infection rate skyrocketed, especially in haredi neighborhoods. And no wonder. Long after the government closed down the entire economy, haredim were still seen congregating in large groups in their synagogues, yeshivas and, later, at the inevitable funerals, unconscionably encouraged by their leadership. For example, Rabbi Chaim Kanievsky, the highest authority of the non-Hasidic ultra-Orthodox, declared on March 15 that “suspending Torah study even for one day would be more dangerous than contracting COVID-19.” On March 16, police were forced to visit him and other well-known rabbinical authorities who had defied Health Ministry guidelines by ordering students to stay in their yeshivas. A week later, the number of infected all over the country had grown exponentially—but dramatically more in haredi Bnei Brak than in nearby secular Tel Aviv.

To Israelis in lockdown, separated indefinitely from our families, our lives threatened by infection, this was unexpectedly the last straw. Here was a situation beyond the economic or social, a clear case of life and death! Our long-suffering acceptance of the status quo—in which haredim were indulgently allowed to skip basic obligations of citizenship, such as educating their children to become tax-paying citizens who served in the army—became suddenly intolerable.

Fury bordering on hatred was directed at those piously unconnected to television and the internet, following clueless, irresponsible leadership, who in their arrogance and ignorance might soon flood finite healthcare facilities and make it impossible for the rest of us not only to emerge soon from isolation but also to access medical care and equipment if we got sick. Thank G-d, that hasn’t happened. Instead, remarkably and unexpectedly, it turned out that my own fury was shared by many haredim themselves. That shared anger may be a long-awaited catalyst, ushering in an era of greater understanding and mutual cooperation between haredim and the rest of us.

On March 23, well-known haredi activist Avigayil Heilbron wrote a piece on the liberal news site Ynet entitled “The Criminals Among Us: We Are Angrier At Them Than [You] Secular Jews Are.” “Something historic is happening now,” wrote Heilbron. “Rabbis of perhaps a lesser status [than those who called for schools and synagogues to stay open] are openly expressing [their objection] to blind obedience to a leadership that has for years been a sad joke. There has been an unbelievable fear to voice criticism, but now, little by little, it’s happening…The majority of us are law-abiding citizens, and we are also angry.” These are strong words, of a kind rarely heard.

Even more astonishing was the interview with Interior Minister Aryeh Deri—head of the ultra-Orthodox Shas party and a prominent haredi booster and apologist—who on May 9 told the haredi news site Kikar HaShabbat that fully 70 percent of Israel’s infected were haredim, even though haredim are only 10 percent of the population. “Within our public,” Deri declared, “we need to do very deep soul-searching.” If this is what comes out of the lockdown, then all the funerals, and all the misery, will almost have been worth it.

Naomi Ragen, a novelist and playwright, lives in Jerusalem.