Despite their power, the Israeli government always lets them down.
Home / 2020 September/October / Opinion | Israel’s Right-Wing Losers 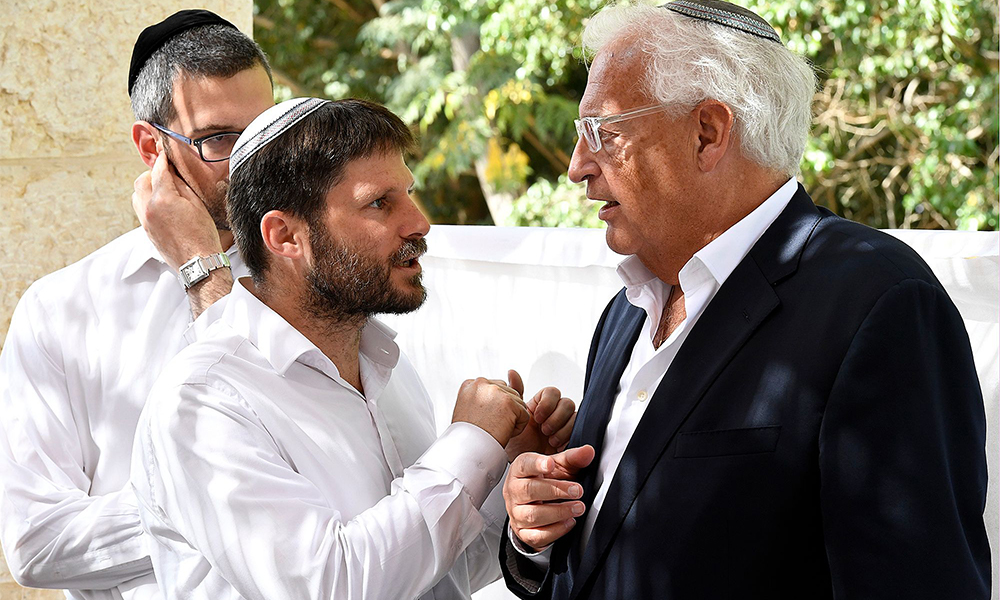 Despite their power, the Israeli government always lets them down.
by Shmuel Rosner September 16, 2020 in 2020 September/October, Israel, Opinion
0 Comments
0 Likes

You don’t have to feel sorry for Israel’s right-wing politicians and ideologues, but if by some chance you want to, here is one possible reason: They often seem like winners and become losers. They seem to have the upper hand, and then they don’t. Their most recent disappointment came when Prime Minister Benjamin Netanyahu decided to behave like most of his predecessors and take the deal offered to him, rather than insist on a pie in the sky. He made a deal to normalize Israel’s relations with the United Arab Emirates—and ditched his promise to annex portions of Judea and Samaria, also known as the West Bank.

The reaction from the right was sharp. “I will never vote for Netanyahu again,” responded the head of the Yesha Council, the settlers’ organization. Member of Knesset Bezalel Smotrich, of the rightist party Yamina, said that Netanyahu can no longer be considered a right-wing leader. The hard-core right—one in ten Israelis—believes that the accord with the Emirates is a failure. Netanyahu “sold annexation for a piece of paper,” said Yossi Dagan, head of the regional council of Samaria.

In Hebrew, we often call what Netanyahu did pshara mapinikit. Pshara is compromise. Mapai was Israel’s founding party. A “Mapai-type compromise” is the compromise that practical people make. Israel’s history is dotted with many such practical compromises, the first of which was the 1948 decision to accept the small Jewish state in just part of the land offered by the United Nations, rather than insist on having a larger territory.

When the Labor Party (a Mapai reincarnation) made such compromises, it seemed natural. Things got complicated when Likud leaders started making the same types of compromises. They were ideologues on a high horse as opposition leaders, but lost their zeal when the burden of making real decisions was put on their shoulders. Menachem Begin signed a peace deal with Egypt in return for the Sinai Peninsula. The ideological right was up in arms against it. It did not help them.

A later prime minister from the right, Ariel Sharon, coined the term that best captures this process of adjustment to reality: “What you see from here you don’t see from there.”

The words are borrowed from a well-known Israeli song. A girl is reminding a boy of a romantic encounter: “You took my hand in yours and told me ‘Let’s go down to the garden, things you see from there you cannot see from here.’”

The song is beautiful. But reality doesn’t always follow the script. Sharon, much like Begin before him, was a proponent of settlements until he wasn’t. In 2005 he evacuated all settlements in the Gaza Strip and four more in the West Bank. The hard-core right was stunned. It was left with only Netanyahu to count on.

Israel’s right-wing politicians seem to have the upper hand, and then they don’t.

Truly, the settlers did not expect much from him. When he was prime minister in the 1990s, he disappointed them by signing accords that mandated Israeli “redeployment”—that is, withdrawal—in certain parts of the West Bank. He later voted more than once in support of the Gaza evacuation, quitting the government because of it only at the last minute.

In 2016, commentator Aryeh Eldad, a former rightist MK, published a book hammering Netanyahu under the title, What You See from Here: What Happens to Right-Wing Leaders When They Become Prime Ministers. An admirer of Netanyahu, the activist Erez Tadmor, wrote a more polemical book titled Why You Vote Right and Get Left, which argued that the right never managed to truly rule the country because of leftist elites who still dominate the courts, academia and the media.

There is something astonishing about a political faction that’s been in power for most of the past 40 years and still whines. And no one whines more than the rightist faction dominated by religious settlers. To their credit, they don’t just whine, they also take action. The governments of their choice betray them, but between such betrayals, the settlers multiply, build more homes and create new realities on the ground. In fact, the more time passes, the more they understand that there’s only one way forward for them: to build from the ground up, in a way that will make the next Mapai compromise less damaging to their overall cause.

What is their cause? That’s a good question. Some of these rightists are radical messianics who believe that by some miracle, Israel will be able to swallow the whole of the land without turning itself into a binational state. But there are also more sober rightists. For them, the formula is simple: as much land as possible, for as little Palestinian political independence as possible. And while serial betrayals disappoint them, they have good reasons to feel that overall, they’re on the right path to success.

Shmuel Rosner is a Tel Aviv-based columnist, editor and researcher. His latest book is #IsraeliJudaism: Portrait of a Cultural Revolution.