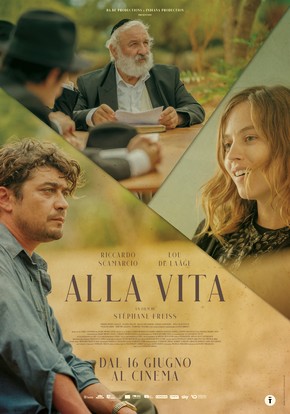 Esther Zelnik has traveled with her large ultra-orthodox French family from their hometown of Aix-les-Bains to a scenic farm in Calabria, southern Italy, on their annual pilgrimage to select perfect citrons (etrogs) for the upcoming festival of Sukkot.  But while everyone carries on with their normal routines, praying, cooking, inspecting and packing fruits, Esther is in inner spiritual turmoil – she is losing her faith in God: “Everything that made my life meaningful is falling to pieces.”

Where Life Begins (known in France as Tu choisiras la vie and in Italy as Alla Vita) is a directorial debut for a feature length film by well-known French movie and TV actor Stéphane Freiss (Call My Agent!, Crimson Wedding, Elise’s Secret), whose previous directing experience extends to only one 19 minute short in 2011 (It Is Miracul’house).  He is to be applauded for delivering a visually stunning, beautifully crafted and sensitive portrayal of emotional torment.

Lou de Laâge (The Innocents, Respire, Jappeloup) plays Esther, a headstrong, pretty 26-year-old, who is suffering her own personal crisis in silence.  Unmarried, her parents are agitating for her to find a husband, and they already have someone in mind—though she has nothing in common with him.  Trapped within the suffocating rituals and constraints of orthodox Judaism, this rabbi’s daughter dreams of independence while also doubting her commitment to the faith.  But breaking the bonds that have tied her all her life is daunting: “I’ve never lived without God, but I can’t breathe any more.”

She is not the only one experiencing inner anguish. The owner of the large family estate hosting the Zelnik family is Elio De Angelis, portrayed by Italian heartthrob Riccardo Scamarcio (The Players, John Wick: Chapter 2). He, too, is a conflicted soul.  A talented artist who owned a gallery in Rome, he gave up his life there to return to manage his family’s estate after his father’s sudden death.  Divorced by his wife, and living apart from his two beloved children, his self-imposed lifestyle is a distant remove from that which he had once envisioned for his future.  Both Esther and Elio feel they are suffocating under the weight of the constraints each of them bears given their individual circumstances.

It is when Esther gingerly asks to be allowed to use the computer in Elio’s house, away from the prying eyes of her family, that the lapsed Catholic and the strictly religious Jew slowly start to form a connection. Curious to learn why Esther is so anxious to get online, Elio ingeniously (and surreptitiously) inserts himself into her world by creating a pseudonym and logging into the online chatroom she participates in.

Tentatively, Esther begins to confide in Elio that though she loves her family, she needs to break free and forge her own path in life. Yet, she says, “leaving God is like a divorce.”

The companionship Esther finds with Elio is what leads her to experience freedom for the first time.

Running errands to the local town in the De Angelis farm truck together, Elio introduces Esther to the outside world and gradually these two conflicted characters open up to one another.  Esther is perceptively aware how very restrictive her life is and that she has no ability to exercise free choice – constrained by rules that not only no longer make much sense to her but are pushing her away from the religious observance.

But all does not go smoothly. When Elio tells Esther he admires “the discipline of your world,” she explodes, “you have no idea of what my world is.” She explains how her job as a wig-maker in Aix-les-Bains involves “bus, factory, prayers, all day long, and then bus, family and more prayers, every day of the week, until Shabbat, when I leave my house just to go to the synagogue.”  She says she is bullied by her co-workers for wearing tights in summer and for not having the internet and never having been to a club, or even a bar, and how she is obliged to lower her gaze in front of any man who is not a family member.

But Elio holds his own. One night, he stops his truck by a field full of fireflies, telling her that locals refer to them as fairies. “Do you believe in fairies?” she asks him. Quick as a flash he responds, “Well, you believe in God!”

Opposites in almost every way, the two seem mesmerized by one another.  Initially they glance tentatively into each other’s eyes, but this develops into long, lingering, penetrative gazes.  Is it recognition of a profound understanding, an intense friendship, love, lust?  That is for the audience to discern. 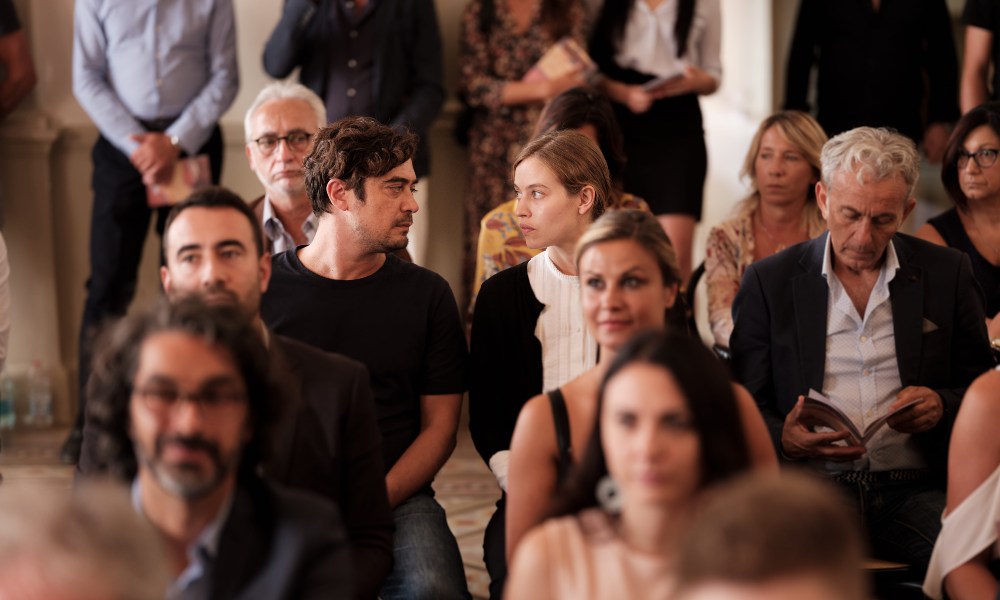 Director Freiss lovingly captures the scenery and atmosphere of the Italian countryside – with evocative sounds of cocks crowing, dogs barking and birdsong. Where Life Begins is a powerful and sympathetic examination of the challenges and restrictions faced by the two main characters, with a wholly unexpected ending. One longs for a sequel to discover how the lives of Esther and Elio will unfold over the coming decades.

Due to the requirements of filmmakers and distributors, the virtual viewing of some movies is limited to certain geographical areas. Restrictions vary, but it is worth checking each title on the internet. Most virtual films are only available for a limited time.