In 1950, Rose Joshua and Fannie Schanfeld met with H. David Dalquist, owner of the Scandinavian cookware manufacturing company Nordic Ware, to discuss a proposal. At a Minneapolis Hadassah chapter luncheon, Joshua had told Schanfeld how she missed the heavy, dense cakes of her youth in Germany as opposed to the lighter, fluffier cakes so popular in America.

To make those cakes, in particular the breadlike kugelhopf, a tall pan with a hole in the center was required to allow the heat to penetrate the cake’s middle and ensure that the dough cooked evenly. These tube pans were also fluted, letting more dough touch the pan’s surface to brown. Usually made of fragile ceramics or heavy cast iron, these pans were popular in Europe but hard to find in America.

Schanfeld, “a community organizer at heart” according to her granddaughter Abby, figured there must be a solution. Through Joshua’s husband, who worked in the local food industry, the two women set up the meeting with Dalquist and asked him to create a similar pan. The pans, the women suggested, would find an audience among Hadassah women hankering for a taste of home. Using Joshua’s mother’s kugelhopf pan as a model, Dalquist created an aluminum version—making it lighter and more economical—and added ridges on the base, guaranteeing an even slice. Thus the Bundt pan was born.

The origins of the name “Bundt” remain something of a mystery. Similar cakes in Germany were called Bundkuchen—party or “gathering” cakes. The German word “bund” is related to the word for “bundle” and likely refers to how the fluted pan resembled a bundle of straw or twigs, says Gil Marks in The Encyclopedia of Jewish Food. In a history of Nordic Ware, Dalquist writes how he added the “t” for trademarking purposes and to distance the pan from the pro-Nazi, German-American Bund. However, the word “Bundt” had appeared almost 50 years before Dalquist entered the scene. Three recipes for “Bundt Kuchen” were in the original 1901 edition of The Settlement Cookbook, where there are directions to “Grease Bundt form
(a heavy round fluted pan with tube in center) well, and flour lightly.” The Settlement Cookbook, developed by Jewish women at a Milwaukee settlement house, was a staple in Jewish homes, including those in Minneapolis.

Dalquist sold his new pans to department stores but donated the “seconds” (pans that came off the line with slight imperfections) to Hadassah, which in turn sold them in a successful fundraiser. But aside from Hadassah women, the Bundt pan was not a big seller for the company, and Dalquist considered discontinuing the pan.

Fortunately he didn’t, and in 1966, Bundt had its big break. Ella Helfrich of Houston, Texas, entered her Tunnel of Fudge cake in the 1966 Pillsbury Bake-Off Contest. Her cake, baked in a Bundt pan, came in second and thrust Bundt into the public eye. The Bake-Off fielded more than 200,000 requests for where to buy the pan, and Dalquist began producing Bundt pans around the clock to fill demand. Soon it seemed every household had one. “That’s when it became part of American culture,” says Jessica Reed, a baker and host of the podcast “The Cake Historian.”

Although a Bundt cake is not a specific recipe—almost any cake can be made in the pan and be called a Bundt cake—the most successful Bundts are firm and moist. They should be “halfway between a pound cake and American butter cake,” according to Marks.

There are many reasons why Americans went bananas for the Bundt. While the hole in the middle is functional, it’s also attractive. “Bundts always look very finished,” says Reed. The cake comes out of the pan already decorated, and there is no need for frosting or other embellishments. 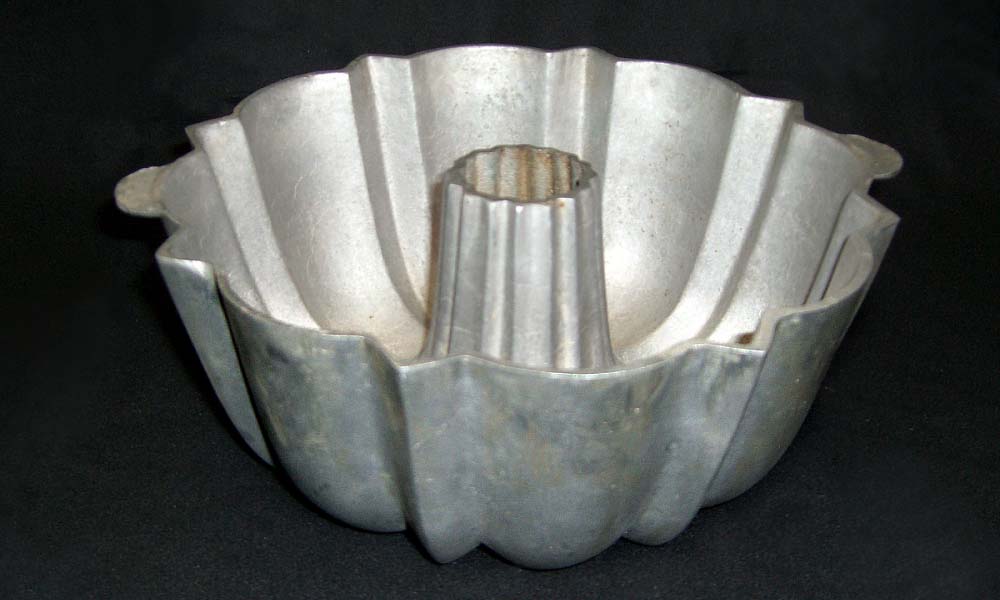 Bundt cakes are also very accessible, says Paula Shoyer, author of The Kosher Baker. “It’s something a new baker can master easily.” Even non-bakers can fill the pan with a cake mix and be guaranteed a polished result. In 1972, Pillsbury—another Minnesota-based company—partnered with Nordic Ware and launched a line of Bundt cake mixes. For $1.98, you could buy the mix and the pan. At one point Nordic Ware was producing 30,000 pans a day.

It wasn’t just the ease of baking that made the Bundt so popular but also its versatility. “Bundt cakes have staying power,” says Reed, explaining that the high quantity of sugar in most Bundts means they stay fresher longer than other cakes. It’s a cake that could be kept on the counter to serve if a neighbor stops by for a surprise visit and that is durable enough to bring to parties in one piece.“In some ways they are an ideal everyday cake,” says Reed. Over time Nordic Ware developed variations on the classic Bundt pan, including the Rose Bundt, which makes the entire cake look like a flower, and the Heritage Bundt, which has sweeping, dramatic folds.

And while the Bundt carries a patina of 1950s WASP (as depicted in My Big Fat Greek Wedding), Bundt is a very Jewish cake, says Shoyer. “If you look at the overall goal of Jewish food it’s to feed a lot of people,” she says, citing kugel and chicken soup as examples of classic Jewish foods that can stretch no matter how many dinner guests are in attendance. “The Bundt has that ability as well.” Perhaps most important, she adds, “it freezes well.” With so many celebratory meals to prepare for holidays and Shabbat, that comes in handy. “Jewish people love to cook in advance,” she says.

While Bundt cakes never disappeared—to date more than 60 million pans have been sold, according to Nordic Ware—Shoyer says she has seen a recent surge in the cake’s popularity. One reason Bundt cakes are so in vogue, she explains, is their social-media appeal: “They photograph beautifully.”

After Fannie Schanfeld died, her granddaughter Abby found a necklace with a Bundt pan charm in her jewelry box. Abby wears the necklace regularly and is always surprised that wherever she goes people of all ages and backgrounds immediately recognize the shape. “It’s a joke in our family that my bubbe was not a strong cook,” says Abby, “but she did view food as a way to build community and bring people together. She’d be pleased the Bundt has done just that.”

Reprinted with permission from Paula Shoyer from The Kosher Baker.

1. Preheat oven to 350°F. Fill a measuring cup with 1/2 cup boiling water. Add 1 tea bag and 2 teaspoons of the sugar. Mix in the sugar and let steep.

2. Grease and flour a large Bundt pan. In the bowl of an electric mixer, place the sugar, eggs, oil, flour, baking powder, salt, vanilla, orange zest and orange juice and mix. Before you remove the tea bag from the tea, squeeze the tea bag into the tea and then discard the tea bag. Place the tea into the batter and mix for 2 minutes on medium speed until all the ingredients are combined and the batter is creamy.

3. Pour into the prepared Bundt pan and bake for 1 hour. Remove from oven and let cool for 10 minutes. Turn the cake onto a rack and let cool.

4. For the glaze, take the second tea bag and place in 1/2 cup boiling water. Sift 1 cup confectioner’s sugar into a bowl. Add 2 tablespoons of the tea and whisk until the sugar has dissolved and you have a white glaze you can pour. Let sit 5 minutes and then pour over the cake, drizzling to cover as much of the cake as possible. To freeze, wrap in plastic when cool.

END_OF_DOCUMENT_TOKEN_TO_BE_REPLACED

One thought on “Talk of the Table | The Bundt Is Born”