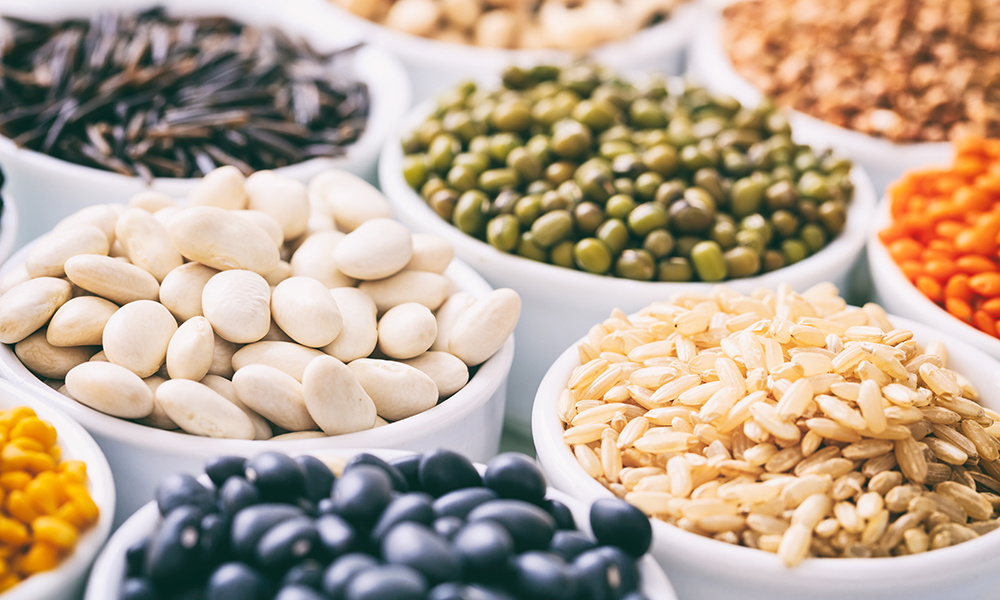 Conservative rabbi Amy Levin always makes lentil soup on Passover—but never in her grandmother’s pots. “It’s this emotional thing,” she says. “How would my grandmother feel if she saw lentils in her Passover pot? I don’t even want to think about it.”

Lentils, like rice, beans and other legumes, only started appearing on seder tables in American Conservative Jewish households in 2015 after the movement ruled that they are permissible to eat on the holiday. Previously, these foods, classified in Jewish law as kitniyot, were banned by Ashkenazi Jewish authorities, although Sephardi and Mizrachi Jews have always eaten them during the holiday. With the new ruling, many Jews, such as Levin, have begun to embrace an entirely new Passover cuisine.

According to the Torah, the only food prohibited on Passover is chametz—that is, leavened foods made out of the five grains—wheat, barley, oats, spelt and rye. But beginning in the 13th century, Ashkenazi rabbis began to forbid kitniyot, literally meaning “legumes” in Hebrew. While what is considered kitniyot varies across communities and has evolved over time, it generally includes nuts, beans, peas, lentils and other legumes as well as rice, corn, soy and even mustard.

Rabbinical sources trace the prohibition back to early medieval France, but the reasoning remains hazy. Two principal explanations emerge in Jewish legal writings: 1) Chametz and legumes were often stored together and rabbis feared contamination; 2) since many legumes can be made into flour, rabbis worried that people might think chametz is allowed if they saw others eating foods such as cornbread made from kitniyot. But David Golinkin, a Conservative rabbi and professor of Jewish law at the Schechter Institute of Jewish Studies in Jerusalem, suggests that the explanations may have developed after the custom became popular. “When you find many explanations for a custom, it means the rabbis didn’t know the reason,” he says. “So they invented explanations.”

“When you find many explanations for a custom, it means the rabbis didn’t know the reason.”

Golinkin doesn’t like the tradition because it “creates tremendous problems.” For example, he explains, hiked-up costs for kitniyot-free products (which require a special kosher certification that raises the price) places financial pressure on those observing the custom. The practice also makes it difficult for vegetarians and vegans to eat a healthy diet on Passover, prohibiting nearly all high-protein meat-free foods.

Despite these negatives, refraining from kitniyot on Passover has long been deeply entrenched in Ashkenazi life. Golinkin attributes this to “the neurotic culture” of the holiday. “People are obsessive about Passover, and kitniyot became the focus of their obsession,” he says. This fixation has also meant that Sephardim and Ashkenazim often avoid dining together on Passover. “It’s deeply unfortunate that some Jews feel they can’t share a seder with one another,” says Jonathan Sarna, professor of American Jewish history at Brandeis University. But it’s not a matter of Jewish law; rabbinic authorities allow Ashkenazi Jews to eat at homes that serve kitniyot on Passover, but many don’t feel comfortable doing so. “The problem is with popular halacha, what people feel is right,” he explains.

But as the American Jewish community has become more diverse, with Ashkenazi, Sephardi and Mizrachi Jews living in close proximity, more people are beginning to chafe against the kitniyot proscription. According to Golinkin, “intermarriage” between Ashkenazim and other Jews has helped bridge the gap between different Jewish ethnic groups, even leading some Ashkenazim to abandon the custom altogether.

American Conservative Jews began moving away from the custom in 2015 when Golinkin and Levin wrote responsas for the Committee on Jewish Law and Standards—the Conservative movement’s authority on Jewish law—allowing kitniyot during Passover. The Reform movement, however, officially allowed kitniyot in the 19th century. But Orthodox Ashkenazi Jews still don’t eat kitniyot on Passover, and that seems unlikely to change. Even so, over the past ten years, the Orthodox Union, the largest kosher certification provider in the U.S., has begun producing Passover products labeled “with kitniyot” in an attempt to accommodate Sephardi and Mizrachi communities. “It’s part of the growing sensitivity to the diversity of American Jews,” says Sarna.

Nevertheless, kitniyot remains a topic that people love to argue about, if not at the seder table then on social media. In 2007, Louis Gordon, a high-tech marketing consultant living in Israel, started the Kitniyot Liberation Front—a Facebook group that promotes awareness of rabbinical rulings allowing kitniyot. “I couldn’t understand how certain foods were kosher for some Jews and not for others,” Gordon says. The group is still active today, with over 1,100 members happily posting about “the kitniyot revolution” and boasting about their delicious kitniyot-filled Passover dishes.

Other Jews stand fast against change. “Judaism has always respected the mimetic tradition,” Sarna explains. “It’s understandable that people who have kept Passover a certain way for their whole lives want to continue to do that,” he says. Levin agrees despite the fact that cooking lentil soup is now one of her Passover traditions. “This iconic custom has bound Ashkenazi Jews together for centuries,” she says. “It’s disrespectful to just say ‘it’s wrong,’ and ditch it. If it speaks to you, if it’s comfortable for you, keep it.”

Years of giving up kitniyot on Passover has led to one positive outcome: Passover Coca-Cola. With its famous yellow cap, Passover Coke contains real sugar instead of high-fructose corn syrup since corn is considered kitniyot. It’s closer to the original Coke recipe, and many Jews and non-Jews alike prefer the taste. Supermarket owners often find these yellow-capped bottles flying off the shelves as people stock up for the rest of the year.

Slow But Sure Vegan Lentil Soup

1. In a large, heavy-bottomed pot, gently heat the olive oil. Add the diced fennel and onions and a ½ teaspoon of the coarse salt. Mix. Let the vegetables carmelize over very low heat, stirring occasionally for 15-20 minutes. Don’t let the vegetables brown.

2. Once the fennel and onions are deeply caramelized, add the rinsed black lentils and the vegetable broth. Bring up to a simmer and cook for 15 minutes. Add the cubed fennel, Jerusalem artichoke, squash and chickpeas. Stir in the remaining ½ teaspoon of coarse salt and the ground pepper.

3. Let the soup simmer gently for at least an hour, until all of the cubed vegetables are tender.  The soup can easily simmer longer, even up to three hours. (The longer the better.) Add the kale and continue simmering for an additional half-hour. You might need to add additional broth or water if the soup gets too thick as it simmers. Reheats well. Freezes well.