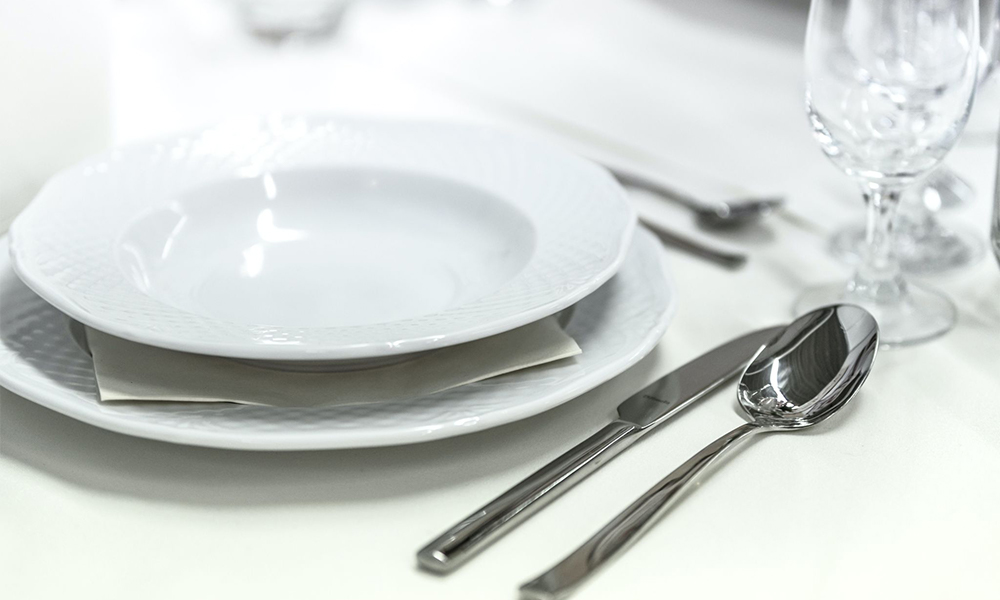 by Lilly Gelman September 16, 2020 in 2020 September/October, Highlights, Talk of the Table
0 Comments
0 Likes

Eitan Okun only eats between the hours of 8 and 10 p.m., or, on days when he rides his bike, from 6 to 8 p.m. This practice is one form of intermittent fasting, and the subject of Okun’s research as head of the Paul Feder Laboratory for learning, memory and neurodegenerative diseases at Israel’s Bar Ilan University. His study, “Food and Age: It Takes Two to Degenerate,” recently published in Frontiers in Aging Neuroscience, found that eating only for a few hours a day or on certain days of the week benefits the body’s cells. “It induces autophagy, a process in which the cell recycles chunks of itself in order to get rid of proteins and organelles”—tiny cellular structures—“it doesn’t need,” Okun explains. Eating throughout the day leads to a constant presence of sugars and proteins in the body, which, according to this theory, can lead to diseases such as Alzheimer’s and Parkinson’s.

While intermittent fasting is a popular diet fad these days, many Jews only fast on Yom Kippur, if at all. And we rarely stop to think about the rich history of fasting for spiritual purposes. Historians believe that the practice originated in ancient times: Buddhists and Jains used it to meditate and induce religious visions, while other religious groups most likely fasted as a way to prepare for rituals. “Ancient Near Easterners felt that fasting was a way of appealing to God,” explains Jody Myers, editor of Feasting and Fasting: The History and Ethics of Jewish Food. “An abundance of food is a sign that God loves you,” especially in the Jewish tradition, she says. “So to not eat was sending God a message saying, ‘I know I am not deserving.’ Not eating is penance.”

In the Jewish tradition, appeals to God through fasting took one of three main forms: mourning, repentance and bakasha (“request”), says Eliezer Diamond, author of Holy Men and Hunger Artists: Fasting and Asceticism in Rabbinic Culture. Yom Kippur was the only mandated, public recurring fast for early Jews. Other ancient fast days were spontaneously decreed to appeal to God in times of war, disaster or tragedy and often did not involve the entire community.

Spontaneous fasting has largely disappeared from traditional Jewish practice, but religious leaders do occasionally call for fast days as an emergency response to tragedy. In late March, for instance, as the coronavirus continued to spread across the globe, Israel’s Chief Rabbi David Lau asked the public to fast for at least half a day as an urgent appeal to God. “The good Lord will listen to our prayers and answer us and redeem us from all the harsh decrees,” Lau wrote in a letter to the public.

Fixed fasts beyond Yom Kippur were only added to the Jewish calendar after the destruction of the First Temple and the subsequent Jewish exile. The prophet Zechariah decreed three fast days in remembrance of events leading up to the loss of the Temple—the Fast of Gedalia (Tzom Gedalia), Tenth of Tevet (Asara B’Tevet) and Seventeenth of Tammuz (Shiva Asar B’Tammuz)—culminating in the Ninth of Av (Tisha B’Av), mourning the Temple’s destruction. Later, the fast of Esther, traditionally observed on the day before Purim, was declared to commemorate Esther’s three-day fast before approaching Ahasuerus to protest Haman’s decree to kill all Jews in the Persian Empire. Today, aside from Yom Kippur, Tisha B’Av is the most widely recognized fast day. The other four fasts are considered minor fast days and are kept mainly in Orthodox communities.

“People weren’t living past the age of 40, so aging gracefully and preventing neurodegenerative diseases wasn’t a concern in that era”

Fasting became a popular private spiritual practice around the 1st century CE, when Christianity, which promoted asceticism, began to develop. “People would fast several times a week out of piety,” says Myers. Women in particular, she says, used fasts to assert control over their spiritual practice at a time when men dominated the ritual world. Christianity also encourages fasting during Lent, specifically on Ash Wednesday and Good Friday. In response to growing Christian influence, Talmudic and rabbinic texts began to frown upon fasting. “Christianity put a lot of emphasis on fasting, and fasting became a marker of what Jews were not,” says Hasia Diner, a professor of American Jewish history at New York University. According to Diner, even Kabbalistic and Hasidic traditions, which were often more embracing of asceticism, discouraged fasting on days other than fixed fasts.

So what would Talmudic and rabbinic sources say about intermittent fasting? Probably nothing, says Okun, since they didn’t know about modern science, let alone cells. And the question would have been difficult to conceive of in the first place. “People weren’t living past the age of 40, so aging gracefully and preventing neurodegenerative diseases wasn’t a concern in that era.”

Don’t expect observing a few ritual fasts a year to trigger the health benefits seen in his study, says Okun, one of the leading proponents of intermittent fasting:“Conceptually it’s a ‘fast,’ but one really needs to engage in a systemic fasting regimen for it to take effect.” And although most experts are in agreement about intermittent fasting’s cellular benefits, many are hesitant to recommend the practice and have concerns about the risk of triggering restrictive eating for those who struggle with eating disorders.

In Judaism, fasting is not about physical benefits to the body. “We talk about health fasting as cleansing, and some may connect that to purging or purification as a health or spiritual practice, but that’s certainly not the way Jewish tradition thought about it,” says David Kraemer, director of the library at the Jewish Theological Seminary. But could “cleansing” be considered a secular equivalent of teshuvah (“repentance”)? That’s what Diamond, the Holy Men and Hunger Artists author, argues: “Fasting as an act of teshuvah is a way of saying ‘We understand that something serious is happening here and we’re acknowledging that by saying we’ve stopped living as we usually do.’ The mindfulness of health fasting mimics that.” A similar awareness is also common in Muslim attitudes toward fasting, which contain “a strong social justice element,” says Jonathan Brumberg-Kraus, a professor of religion at Wheaton College and author of Gastronomic Judaism as Culinary Midrash. “One of the explanations for fasting during Ramadan is that you fast in order to feel some kind of solidarity with those who don’t get enough to eat.”

Overall, Jewish food tradition encourages mindfulness, says Diamond. “Rabbis have a lot to say about what you should eat and what you shouldn’t eat. At their core, those mitzvot are about learning to discipline ourselves, and in doing that they’re telling us that food is not of ultimate value. Pleasure is not the ultimate value.” He adds: “The mindful way of thinking about fasting is that fasting is a reminder that we should not be enslaved by eating. That periodically, we can say—and we do say—‘I can put aside food for a day.’”

TIPS FOR A GOOD FAST

Dietitian and nutrition consultant Cindy Weinberger has these recommendations for an easy-and mindful-fast.

1. Slowly drink a lot of water throughout the days before the fast. Don’t wait until right before the fast because you may overflood your system and make yourself feel sick.

2. Start cutting back on caffeine two to three days before a fast and avoid caffeine on the day the fast begins. This will help prevent caffeine withdrawal symptoms during the fast.

3. The best foods to eat right before fasts are carbohydrates, which hold onto water in the body and keep you better hydrated during the fast. Eat whole grains, pasta, rice and potatoes as well as fruit, which has a high water content.

4. The best break fast foods are raw fruits and vegetables because they are easily digestible. Simple soups such as vegetable soup are also good as are proteins such as fish and chicken. Avoid fried or fatty foods.

5. Don’t binge during a break fast—that can cause nausea and bloating. Break fasts with friends or family to slow the pace of drinking and eating. Take breaks between courses or servings.

A Word of Caution

It’s important to note that intermittent fasting—and fasting in general—can be unsafe for those who struggle with eating disorders. “Any kind of dieting is going to be a trigger,” says Lauren Smolar, senior director of programs at the National Eating Disorders Association (NEDA). “It’s one of the top influences of eating disorders. There are all sorts of trends such as clean eating, Keto and intermittent fasting that are sort of dieting in disguise and can be triggers.” According to Smolar, ritual fast days can prompt eating disorders. “Religious fasting can trigger the moments individuals struggling with eating disorders had that caused them to restrict food in the first place and can sometimes lead to more intense behaviors.” Smolar advises those who struggle with or are at risk of an eating disorder to consult with a religious authority, who will often exempt individuals from fasting or help devise a plan to partake in as much of the ritual as possible without putting themselves in harm’s way.

Contact the NEDA Helpline for support, resources and treatment options at nationaleatingdisorders.org/helpline