Every reader has a summer style... With the weather warm and the lure of long weekends, do you read the marshmallow-fluff novels you’ve been saving all year? Or do you sink your teeth into the big books that need leisurely days to do them justice? Whatever your appetite, try these new and recent releases.
Arts & Culture, Book Review, Summer Issue 2022 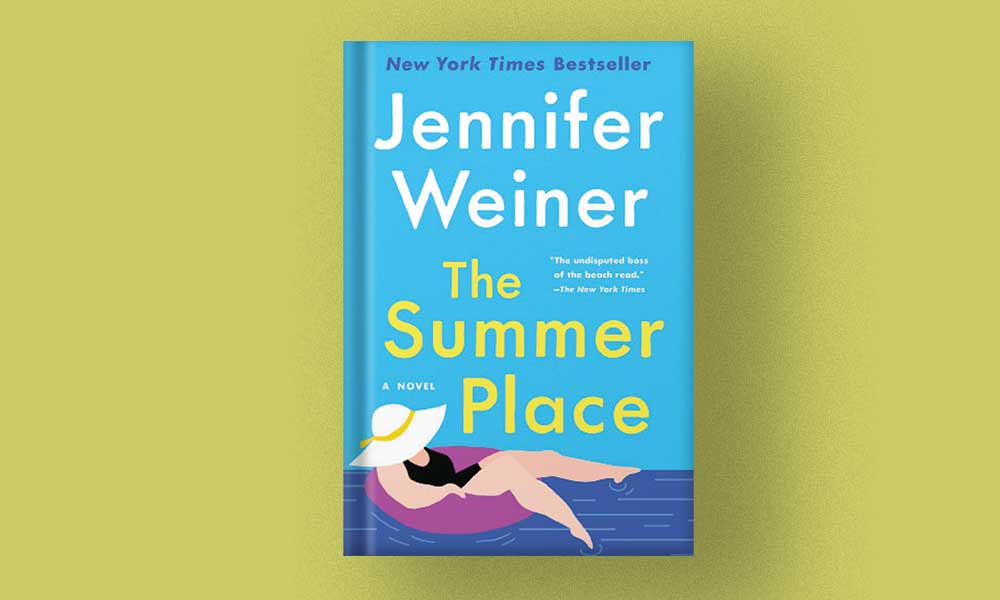 Every summer, Jennifer Weiner serves up a quintessential summer novel, effortlessly blending the cozy and the topical and usually sprinkling in some Cape Cod flavor. This one starts with a bang at Sarah Danhauser’s Shabbat dinner table, where Sarah’s 22-year-old stepdaughter, Ruby, announces that she’s engaged to Gabe, the boyfriend with whom she’s been living (under Sarah’s roof) during the pandemic. Sarah panics—surely someone will stop these infants from rushing into a lifetime commitment? But although many members of the family seem to have private reasons for hoping the marriage won’t take place—including Sarah’s husband Eli, who is Ruby’s father, and Sarah’s twin brother Sam—they can’t resist the thought of a wedding that will bring them all together in the old Cape Cod summer house, hosted by Sarah’s mother.

The up-to-date element in the elaborate plot is DNA testing, which threatens to unmask the long-ago lapses of more than one middle-aged adult. The coincidences may seem a bit thickly stacked, but Weiner, who has written 19 bestsellers, gives broad hints that the story is intended not as homespun family realism but as farce, with pairings, confusions and night wanderings that explicitly evoke A Midsummer Night’s Dream. It works like a charm. And who would expect realism from a story where some key passages are narrated by the house itself? 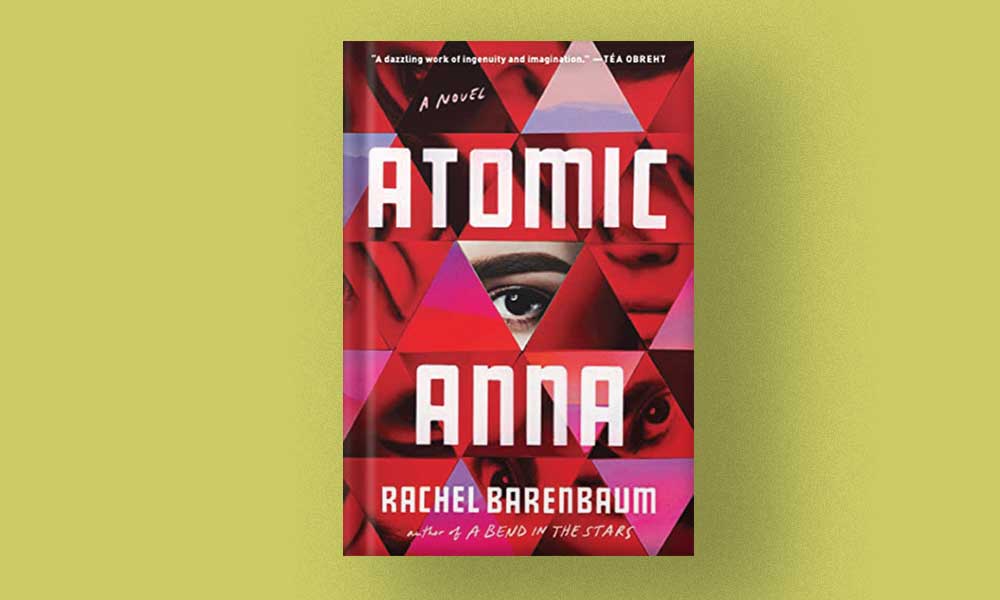 This romp through space, time travel and the nuclear era begins with the 1986 meltdown at Chernobyl, where Anna Berkov, a Russian Jewish physicist and a key scientist on the project, is struggling to avert disaster when a stray energy burst flings her forward in time. Landing on a mountaintop in 1992, she encounters a dying woman who claims to be her daughter, Molly, and who expires after begging Anna to go back in time and save her and her daughter Raisa, Anna’s granddaughter. Working from incomplete knowledge and tantalizing clues, Anna embarks on one bruising time-travel trip after another, crisscrossing Russia, the United States and multiple time streams to find the moments that will change the trajectory of all three women’s lives.

Barenbaum’s second novel, like her first, A Bend in the Stars, draws on both scientific theory and Jewish philosophy, with epigraphs for each section drawn from Pirkei Avot (Ethics of the Fathers). The philosophical framework supports a fabulous, satisfying swirl of family relationships, historical flex points and alternative futures, with the occasional mathematical paradox thrown in. 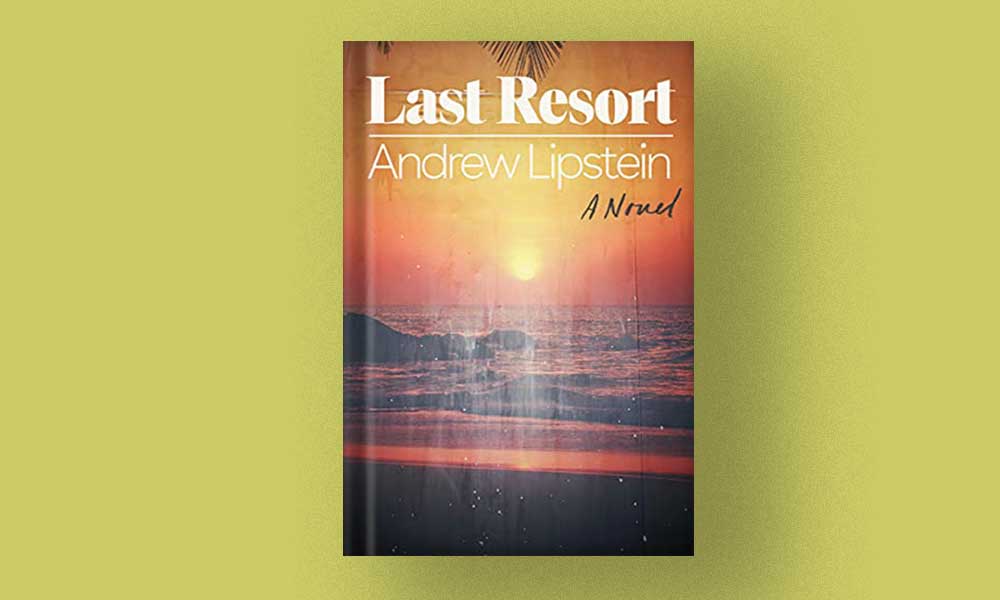 If you like a book with a protagonist so nasty you’re embarrassed to enjoy the read, this one fills the bill. Caleb Horowitz, the cringeworthy antihero, is a thoroughgoing louse whose repeated betrayals of friends, lovers and ultimately himself seem almost (but alas, never quite) implausible.

At the outset, Caleb seems like your run-of-the-mill aspiring novelist, riddled with self-doubt and battling personal dramas that never quite work as the novels he struggles to cook up. Then he crashes at the California pad of his college pal Avi Deitsch and ends up accidentally-on-purpose stealing the plot for his first novel from a deeply personal story Avi tells him in confidence. Worse luck, by the time he finishes writing it up, Avi is an editor at the hot New York publishing house to which Caleb’s enthusiastic superagent is peddling the manuscript.

And that’s just the beginning. Deception piles on deception as Caleb invariably picks the most manipulative, dishonest and destructive path possible. A reader might wonder: Does it make you a bad person if you are teetering on the edge of the seat, awaiting the fiery crash? 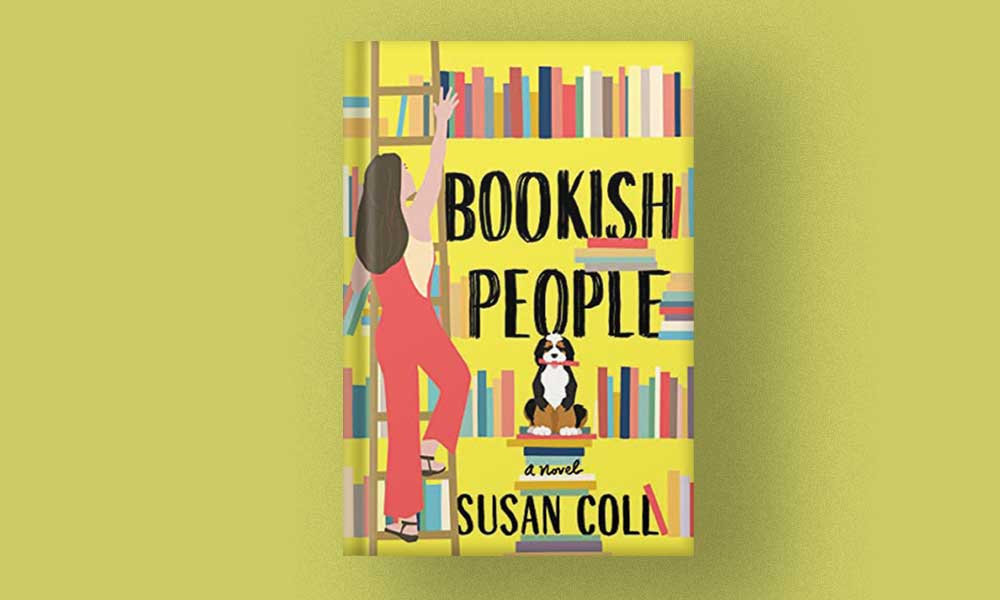 Sophie Bernstein, the protagonist of this not-quite-roman-à-clef, owns a bookstore much like Washington, DC’s iconic Upper Northwest independent bookstore Politics & Prose, where Susan Keselenko Coll has spent considerable time working. When we meet Sophie, she’s battling anxieties, not-exactly-throwing a book at an employee’s coffee cup with unfortunate results, then later trying gamely to drink “a vile yellow liquid” at a party with her young colleagues, who chant, “Miss..es Bern…stein! Miss…es Bern…stein!” as she gulps it down. Sophie wants to keep up with her young staffers and keep them happy, but they’re all wrestling with their own weird issues, along with routine bookstore business such as finding last-minute security for the reading by the poet who’s hated by fans of his late wife.

Like Last Resort, this novel rejoices in the irrationalities of the book industry. But the comedy, though madcap, is less vicious. Sophie dearly loves books and her store, but her most pressing problem is how to get her car keys out of the vacuum cleaner so she can stop driving around with the vacuum cleaner in the passenger seat (the key, being remote, still works if she does this, but the explanations are embarrassing). An evil developer is in the picture, as is a pet tortoise named Kurt Vonnegut Jr. Confusion flourishes, but in the end, the love of books and reading reigns supreme. 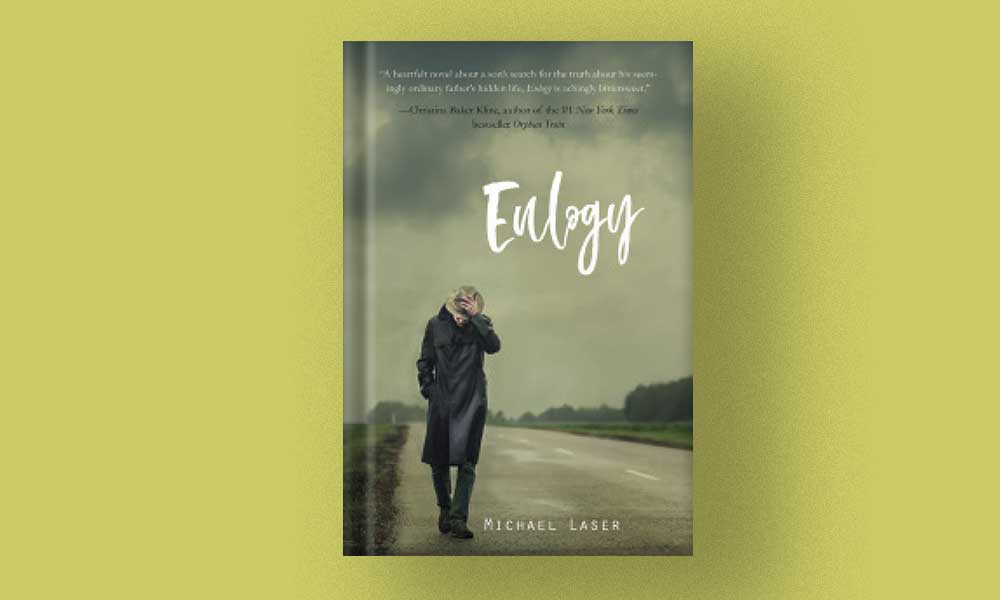 For the generation whose parents kept secrets, a whole slew of books have shown up lately in which a now parentless 50- or 60-something sifts through old diaries and documents to piece together previously undisclosed tales of darkness, from faked names and birth dates to airbrushed relationships and even secret second families. This memoir-style novel reads like one of these, with a twist: The hidden past that narrator Kenneth Weintraub begins to unwrap (almost immediately after delivering a glowing eulogy at his father’s funeral) is no Holocaust history but a peculiarly American horror.

The elder Weintraub hid from his children that he was in prison for three years when they were toddlers; he’d been convicted of trying to shelter a former Army buddy—a much-bullied fellow soldier whose life he’d saved under fire—who was wrongly accused of involvement with a Puerto Rican nationalist assassination plot in the 1950s.

Weintraub’s emotions seesaw as he works through the layers: first, that his quiet, genial father had a criminal past; then, that the war record he never spoke of contained acts of great courage and that a family Weintraub never knew existed—the children of the soldier his father saved—still revere him as their hero. How well do we ever know our parents, or grasp how their lives were warped by chance and injustice? At fewer than 150 pages, this slim novel is a quick read that packs a punch.

When the state of Israel turned 30 in 1978, its supporters in Hollywood threw a party in the form of a two-hour ABC-TV variety special

END_OF_DOCUMENT_TOKEN_TO_BE_REPLACED

I lived three blocks from Zabar’s for 50 years.