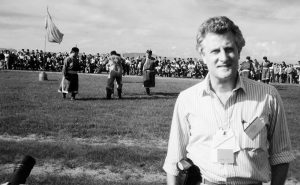 Robert S. Greenberger was born in Queens, New York. After graduation from Brandeis University he was thrust by his father’s untimely death into his family’s business—a job he didn’t want. One night as he was watching an interview with Peter Osnos, then a reporter for The Washington Post and a friend from Brandeis, he decided that was what he wanted to do. So with a wife, three young sons, and against his mother’s wishes, he promptly sold the business and applied to Columbia Journalism School.

Two years after graduation he joined The Wall Street Journal and was soon on the State Department beat covering the Sandinistas in Nicaragua and the Salvadoran Civil Wars. He traveled the world with four secretaries of state beginning with James Baker and ending with Madeline Albright. He covered the fall of the Soviet Union, the end of the Cold War, the fall of the Berlin Wall, the first Gulf War and the innumerable efforts to broker peace between Israel and its Arab neighbors. After two decades covering the State Department, he capped his Wall Street Journal career covering the Supreme Court, including the Bush v. Gore decision in 2000.  Besides being a brilliant journalist, Bob was a warm, funny, outgoing man who adored his family and friends and was dearly loved by all.

Watch this two-minute video showing some of the many places he traveled to while reporting. 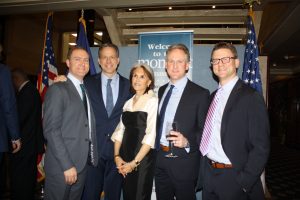 In 2017, Moment and the Greenberger family established the Robert S. Greenberger Journalism Award to honor Bob’s deep love of reporting and writing and his rigorous coverage of labor, economics, foreign affairs and the Supreme Court. A contributor to Moment, he helped found Moment’s Daniel Pearl Investigative Journalism Initiative, a project that supports reporters covering anti-Semitism and other forms of deep-seated prejudice around the world. His son Scott sits on the DPIJI advisory board; his wife Phyllis is on the Moment advisory board.

The Greenberger award recognizes journalists who “fearlessly contribute to principled, independent journalism; who pursue the truth and are undaunted in their efforts to tell the stories that need to be told; and who ensure that all sides of an issue are reported in a fair and civil manner.” The first recipient was CNN’s Jake Tapper in 2017; investigative reporter and Dark Money author Jane Mayer received the award in 2018. Evan Osnos was the 2019 awardee; NPR’s Michel Martin was honored in 2020; Adam Serwer received the 2021 award.

At Home With Norman Podhoretz

Can Eric Cantor Save the GOP?