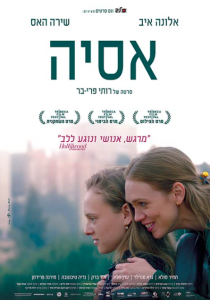 This delicately crafted depiction of a young mother and her daughter is certainly tough viewing, touching as it does on themes of loneliness, isolation, single motherhood, stress and heartbreaking sickness. The two leading characters, the eponymous Asia (played by Alena Yiv) and Vika—short for Victoria—(played by Shira Haas, of Unorthodox fame), offer an exquisite portrayal of a mother’s devotion to her child. 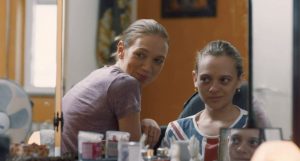 When we first meet Vika, she seems like a fairly typical 17-year-old who flirts with the boys at the local skate park, experiments with alcohol, cigarettes and drugs and displays a slightly truculent and, at times, moody temperament. Asia, her 35-year-old mother, is a nurse conducting an illicit affair with a married Russian immigrant doctor at the Jerusalem hospital where she works. Beautiful, sexy and coquettish, she makes little attempt to hide her “devil-may-care” attitude toward life from her daughter. Fond as they are of one another, both women seem to live separate lives, more like sisters than mother and daughter.  Nurturing skills do not come instinctively to Asia, and indeed she rants at her daughter that nothing she ever does for her is good enough.

The fictional Asia emigrated in her early 20s from Russia to Israel with her young daughter. In real life, actress Alena Yiv arrived in Israel at the age of 14 and is herself a fluent Russian speaker, able to fully empathize with the loneliness and acute stress an immigrant single mother, such as Asia, would feel. As she says, “Israelis speak from the heart, they are very emotional. Russians are different; it is natural for them not to be close to others.” Asia is alone in the world, the father of her child having had to give signed permission for her to leave for Israel: “He didn’t want to sign,” she says, “but he didn’t want to be a father either. He didn’t want anything.” 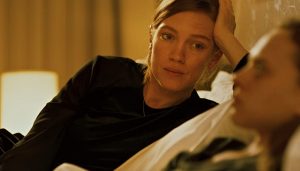 But Vika is ill and, although never stated, the symptoms of her illness are those of ALS (amyotrophic lateral sclerosis), a progressive neurodegenerative disease. As her motor skills start to deteriorate (Shira Haas had medical guidance to help her portray the illness’s progression to twisted hands and unsteady legs), Vika confides to her mother that she does not want to die a virgin. Asia sets out to try to fulfill her daughter’s wish—but time is running out.

It is Vika’s urgent need for understanding and unconditional mothering that forces Asia to mature rapidly. After all, if she falls apart, there will be no one there to pick up the pieces. The intensity of the relationship between mother and daughter is the strength of this movie. The wholly unexpected turn in the storyline during the closing minutes feels like being put through an emotional wringer and will likely disturb some viewers. But no one can doubt that it is the superb acting skills of the two leading actresses that enable them to pull it off. Indeed, when premiered at the Tribeca Film Festival in April 2020, Shira Haas won a Best International Actress award, with the jury commenting, “Her face is a never-ending landscape in which even the tiniest expression is heartbreaking; she’s an incredibly honest and present actress who brings depth to everything she does.” 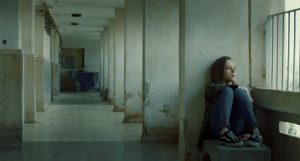 The film’s genesis was born out of director Ruthy’s traumatic personal experience of helplessness when, 14 years ago, her own sister spent several months in the hospital while grievously ill. Their mother devoted herself day and night to be by her daughter’s bedside, somehow drawing on exceptional inner strength not to break, remaining steadfastly caring. This memory has enveloped Ruthy’s thinking, and Asia has allowed her to explore how and when a woman truly turns into a mother. Her efforts and the almost exclusively female production team she led have delivered multiple plaudits.

At the November 2020 Ophirs (Israel’s equivalent of the Academy Awards), Asia won Best Film and scored an additional eight wins in different categories, including Best Actress (Alena Yiv), Best Supporting Actress (Shira Haas) and Best Cinematography (Daniella Nowitz). This meant it was automatically entered as Israel’s selection for the Best International Feature Film in next April’s 93rd Oscars. Asia looks set to be one of the highest-profile Israeli films of 2021.