Kyiv Diary 3/17/2022: ‘The Situation With Israel Bothers Ukrainians a Lot’

Tonight, Kyiv was bombed again. Every morning begins with news about ruined buildings and casualties. People are concerned that there is a high probability of the use of chemical weapons by the Russian army (they used them in Syria). The well-known designer Bob Basset is from Kharkiv. Six hundred buildings were bombed and destroyed in his beloved city. Having worked in the fashion industry for years, I know him personally and I have always admired his talent and integrity. He’s started fundraising to purchase gas masks for Ukrainian defenders. Their first specific goal is to raise $10,000. I think it is a great initiative.

I’m very proud of my daughter, Olga, who lives in Boston and organized a fundraising yoga meditation session. There were almost 60 people present with a very poignant introduction from Olga’s yoga teacher, Keri Setaro. Also, Ukrainians from Kyiv, The Netherlands, and France joined the event. Some of them are my teenage students who attended in Vyshyvankas—Ukrainian national costumes. I’m very happy that Ukrainians experienced solidarity with Americans, who have been so eager to help on a personal level. The fundraiser was a true unity of people of different generations and nationalities on the same mission. They collected about $3,000 and donated it to United Help Ukraine. It was a spiritual and inspiring event!

After two days of lockdown due to curfew, we ventured out to hunt for food, and it has been the best hunting day since the war started. We could barely deliver the heavy bags back home, considering that we were buying groceries for quite a few elderly neighbors. 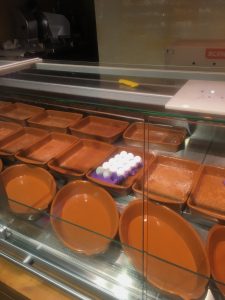 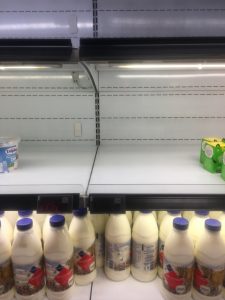 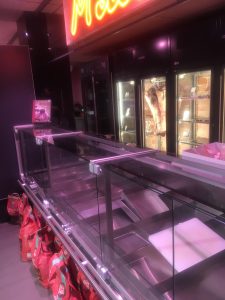 Our trophies included milk, bread, buckwheat and rice. We even got tangerines! At the store, some people were buying bread in massive quantities and tens of kilos of potatoes—enough to feed the village. For almost three weeks the food supply was scarce, and with curfew lockdowns, which lasted for days, people are anxious to stock up.

But we are ready for a feast and for Shabbat. Tomorrow, we are not going anywhere, unless our neighbors need medications.

The situation with Israel bothers Ukrainians a lot—and not only Ukrainians. What’s happened is that Naftali Bennett’s government canceled long-lasting visa-free entrance for Ukrainians, and refugees are not being accepted. But many elderly Ukrainians can’t obtain an electronic visa because they don’t have computers or are not familiar with them. And getting a visa through the embassy is impossible. Eight out of ten pharmacies are closed, never mind the embassies.

We were welcomed by the United States as Jewish refugees at at a time when antisemitism was widespread in Ukraine. So many countries have helped Israel when their country experienced hardships. Many of my Jewish friends from Europe and the United States are angered by those decisions. And we can’t find any reasonable explanation. 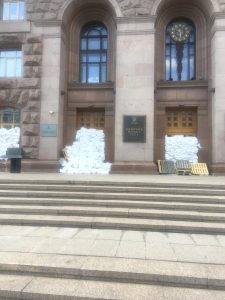 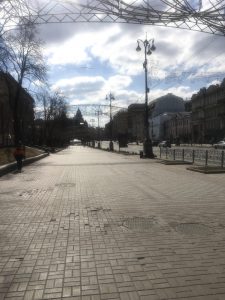 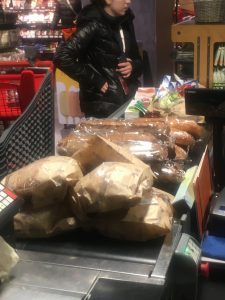