In the early 1960s, when I was about 10 or so, I was in the backseat of our family car driving somewhere in upstate New York.

My parents were in the front seat and my older brother, Paul, was next to me. It wasn’t the busy New York Thruway but it wasn’t a winding country road either. In any case, we were running low on fuel and our stomachs were growling as well. My father, the driver, was never one to let the gas gauge slip too low. But as we traveled onward, we noticed there were no filling stations along the way—nothing except trees and nature.

This went on until the gas gauge pointed to near empty. We all got a bit apprehensive; anxiety mixed with hunger is never a good combination.

Then as we rounded a curve, there it was! Not only a gas station but a full-fledged rest stop, built with wood-stained timber…. kind of Swiss-chalet style.

“It’s Beshert!” my mother cried. She didn’t explain what she meant, and I didn’t ask. It was everything we hoped for. We got gas and sufficient snacks inside.

As we got back on the road, I said: “That was a great place, that Beshert!” My parents laughed so hard that my father nearly drove off the road.

They patiently explained what “Beshert” really means, and how the rest-stop appeared just when we needed it. We were fated to find it!

I learned a new word of Yiddish that day. And my parents got to tell a funny story about me for the remainder of their lives. Win-win! 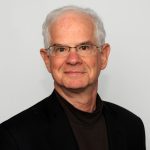 Dan Freedman, a senior editor at Moment, grew up in New York City on Manhattan’s Upper West Side.

Top photo: From left, Dan’s brother Paul, their mom and Dan on the corner of West 86 th Street and Amsterdam Avenue in New York, 1967. By the time this photo was taken, Dan knew what Beshert was.