There must be an appetite for grief.
How else to explain this gnawing on memory
until its bones are clean?
—“What is Served”

Barbara Goldberg’s poetry has always displayed an insatiable appetite for grief and desire. Breaking and Entering presents a satisfying sampling of Goldberg’s previous five collections over the past 35 years. Her work’s memory center is, in many ways, her family’s survival of the Holocaust and what surviving this horror has done to their desires, their loves and those of the generations after. They love and hurt one another, they marry, divorce, cheat and forgive or hungrily lick their wounds. One imagines that Goldberg’s own life relationship with a partner who longed for his homeland when he was with her, and longed for his partner when he was at home, may provide material as well.

The “New Poems’’ that introduce the selected works feel up-to-the-minute as well as foundational. The fascinating “Writings from the Quattrocento” series seems to have been penned around 1985, though published only now. This series—imagined entries from the diary of Tommasa di Benedetto Malefici, wife of Paolo Uccello, the Renaissance painter and sculptor known for the theory of perspective—introduces some of the most salient themes of Goldberg’s life’s work.

One might say that each of Goldberg’s poems is a microcosm of her entire work.

The poems describe a couple’s sincere love for one another and the trials that strain its capacity to endure when they are unable to produce a living child. While the husband throws himself into his work (“I know he wracks his brain—/how can the appearance of near/and far be rendered on a flat plane?”), it is the wife who seems to have mastered the true theory of perspective. This perspective explains, perhaps, why history remains circular, and why we want only what we cannot fully possess:

If he raised his glance
to really look at me he’d see how near
and far are merely metaphor of present,
past and future. Ah, but his realm is space
and all its variations, while mine is time.
The two realms intersect, of course: for instance,
when he went far, I ached for his return.
Now that he’s here I feel a greater
distance.

Aside from the Quattrocento series, most of the new poems seem to be set in Israel, fitting for a woman who is the first member of her Jewish family to be born in safety, in America, after fleeing the Holocaust “by way of Czechoslovakia, France, Spain, Portugal, to a Greek ship that took them from Lisbon to New York, and then to Brazil to await their permanent visas,” as she noted in a 2015 interview in the publishing blog Accents. She added that she was the only sibling born in the United States and that the family’s language was German. Many of the selections from Goldberg’s earlier books mine the aftermath of this harrowing history; others focus on pivotal characters in medieval European history, such as the 1986 Berta Broadfoot and Pepin Short: A Merovingian Romance.

The new poems open in the birthplace of the author’s late partner, the noted Israeli poet Moshe Dor, whose work Goldberg has translated into English in Scorched by the Sun (2012). Goldberg has devoted most of her life to translation, editing and publishing; that work culminated recently in an extraordinary volume, Transformation (2019), a selection of single poems translated from a wide range of Israeli writers along with personal essays about her lifelong relationship with translation. Together, she and Dor co-translated one volume and edited four anthologies of contemporary Israeli poetry, including After the First Rain: Israeli Poems on War and Peace (1998) and the award-winning The Stones Remember (1991). 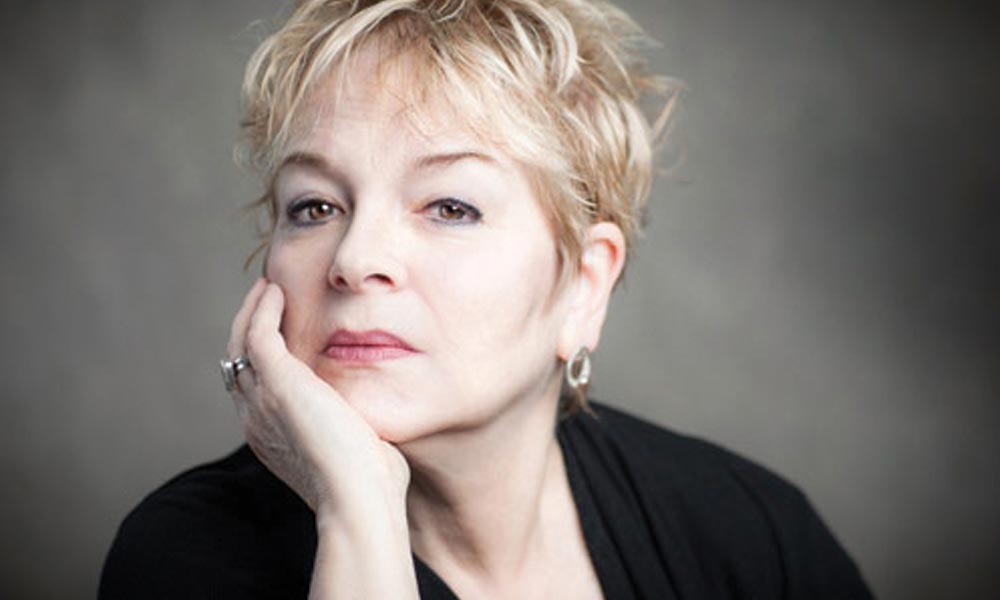 The new poems are quite different in language and style from most of the selected work, but they act as a gloss on nearly everything Goldberg has written. “Furlough” is especially apt in describing how our parents imprint us with the love of fear and transmit generational trauma through their most loving and playful acts:

I love to see those tall, lean, muscular men
with their clean-shaven heads and digital

watches toss their kids in the air. And I love
to see them drop, not weightless, but light

as grenades. This is how children learn that fear
can be fun. And fathers, that this too is hand

to hand combat. To cradle or kill—what story
do we tell ourselves to justify. That a dunam

of earth is worth dying for? That a child opening
his mouth with an O of pleasure overturns

down in a pot of boiling water. Gravity causes
all to fall down, and love, to hold things up.

The children, we can’t help but feel, might one day have poems to write or read about wars their fathers or their lovers will have fought in. The digital watches tracking circular time, the Os of the mouths and the onions, the water bubbles in boiling water all emphasize the limited circulation of human love. And we know that what has been will happen again. A few poems later, “Penelope’s Song” concludes a section of poems about military outposts and Memorial Day. Penelope and the furloughed fathers are positioned in such a way that they are looking across the same sea, in one another’s direction, separated by 3,300 years of circular history of wars, loves and longing.
Goldberg’s insights about the nature of desire, its various and surprising objects, are remarkably astute, and they work as a breath that activates harmonious notes throughout the work. In fact, one might say that each of Goldberg’s poems is a microcosm of her entire work. I keep returning to the last section of the poem “Weight,” from The Royal Baker’s Daughter (2008):

The pallbearers took turns carrying
the casket. To the south lay
the sea, and north, the castle
and beyond the stone was the maiden
Margot whose yeast cakes were always
studded with raisins. How heavy
death is if you don’t take turns.

Here, practical concerns such as distribution of a corpse’s weight open and close the poem, and in between is a fairy tale setting of sea and castle, complete with a maiden baking sensual cakes. In the short span of this Bruegelesque snippet of a poem, we are distracted from the deaths that we carry in us, and from our own. Indeed, we must all take turns.

As with other first-generation American poets, Goldberg’s poetry often returns to early 20th-century Europe through parable, fairy tale and multilingualism. Goldberg’s interest in fairy tales as allegories and repositories of hidden truths also makes her a sister to the English novelist Angela Carter. Goldberg herself has described her work as containing elements of magical realism, which might best be described as narratives that contain two complete worldviews whose frames of reference have collapsed into one another. This collapse of boundaries between two intact worlds might also aptly describe the immigrant experience, or the experience of a child of two Holocaust survivors, or a couple whose homelands are separated by a deep sea.

Marcela Sulak is a poet, essayist and translator who directs the Shaindy Rudoff Graduate Program in Creative Writing at Israel’s Bar-Ilan University. Her most recent poetry collection, City of Skypapers, is a National Jewish Book Award finalist.

END_OF_DOCUMENT_TOKEN_TO_BE_REPLACED

On Poetry | Nelly Sachs and the Poetry of Flight

Sachs dropped the masks that had let her speak through the murdered Jews of Europe and wrote from her own position in the world.