Under Jerusalem: The Buried History of the World’s Most Controversial City
By Andrew Lawler
Penguin Random House,
464 pp., $32.50

The rabbinic tradition speaks of a Jerusalem above and a Jerusalem below. It imagines the earthbound city as a reflection of a heavenly one—the latter perfect and the former aspiring to perfection. The earthbound metropolis itself also has a dual personality: It is a sacred city, but one in which the profane, often ugly realities of everyday life play out. It is a city focused on a universal God of love that consistently yields expressions of schism and violence. Religion and politics have for two millennia found a particularly intense interplay in this city of contradictions, in which the shifting of a brick in an obscure neighborhood can yield cataclysmic consequences.

Andrew Lawler’s magisterial Under Jerusalem contributes a unique addition to the copious literature focused on the eternal city. He introduces another split in Jerusalem’s personality: the city above ground, which drags the past into the present and sometimes glimpses the future; and its buried history, the Jerusalem below the ground, honeycombed with tunnels and chambers that attract spiritual and material archaeologists.

Lawler has plunged beneath the surface to the hidden under-city, searching for hints of Jerusalem above within Jerusalem below. In so doing, he has also translated its incessant politics into poetry. He weaves his narrative threads into a tight tapestry of historical and contemporary events, at once comic and tragic, viewed through the lens of the archaeological enterprise that began in the middle of the 19th century. That story features a series of Christian European personalities who arrived with varied agendas, both religious and secular.

Lawler introduces a split in Jerusalem’s personality: the city above ground, which drags the past into the present and sometimes the future; and its buried history.

Some of those digging were determined to prove or disprove passages from the Bible or to locate the key paraphernalia from the destroyed Temple, whether they meant Solomon’s Temple, torched by the Babylonians in 586 BCE, or the Second Temple amplified by Herod and burned to the ground by the Romans in 70 CE. Sought-after objects included the “shew tables” that held Temple offerings, the menorah, the curtain hanging before the Holy of Holies, and the Ark of the Covenant with or without its stone tablets. Some sought the sepulcher of Christ; others engaged in a new crusade to wrest the Temple Mount—Noble Sanctuary, in Arabic—from the minds of the Muslims; others simply hoped to establish a definitive material chronology of civilizations that had held hegemony over Jerusalem.

Part I of Lawler’s narrative follows the vertical digging and horizontal tunneling, boldly by day or stealthily by night, of the intrepid explorers who burrowed within Jerusalem’s belly for a century, ranging from the French Louis-Felicien Joseph de Saulcy (1807-1880) to the British Kathleen Kenyon (1906-1978). From the 1860s to the 1960s, these and many other individuals pushed their Sisyphean ambitions uphill as humanity expanded and imploded—experiencing industrial and scientific greatness, fin de siècle malaise and a horrifying taste for increasingly brutal wars. Meanwhile, the old walled city of Jerusalem itself moved from Ottoman to British to Jordanian to Israeli political control. 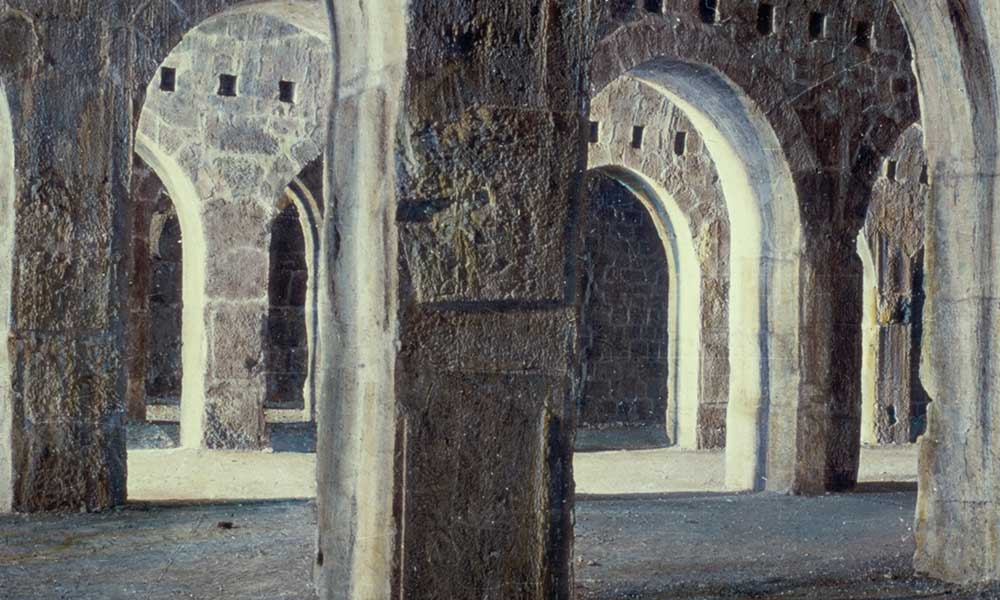 Lawler’s fast-paced adventure-story account of what they did, what they found—and, more often, what they failed to find—yields to more recent stories of equally colorful characters. Israeli archaeologists, right-wing Israeli politicians and American entrepreneurs are among those who have broadened and
deepened—pun intended—the topographical parameters of this enterprise.

Complications included the more-than-occasional crises that arose from interaction with the local Muslim-Arab population, fearful and suspicious since 1863 as to what exactly these outsiders are really up to down there, digging around, potentially tunneling under the vast platform of the Noble Sanctuary. Part II, accordingly, takes up the politics of religion and the religion of politics, the topography of history and the history of topography, and another, even longer list of professional and amateur archaeologists.

After the Six-Day War in 1967, the former Temple platform and what lies beneath its surface became central to the larger discussion of Israel’s relations with its Arab neighbors, in particular the Palestinians. Lawler recounts how at one point—as negotiators after the 1993 Oslo Accords struggled to push past the assassination of Yitzchak Rabin and to birth a positive conclusion before the Clinton presidency ended—Dennis Ross, the lead U.S. negotiator, floated a proposal to offer the PLO authority for the surface structures on the Temple Mount/Noble Sanctuary (most notably, the Dome of the Rock and the Al-Aqsa Mosque) while granting Israelis authority beneath its surface, so that further archaeological exploration might proceed. (Alas, this suggestion yielded no result.) 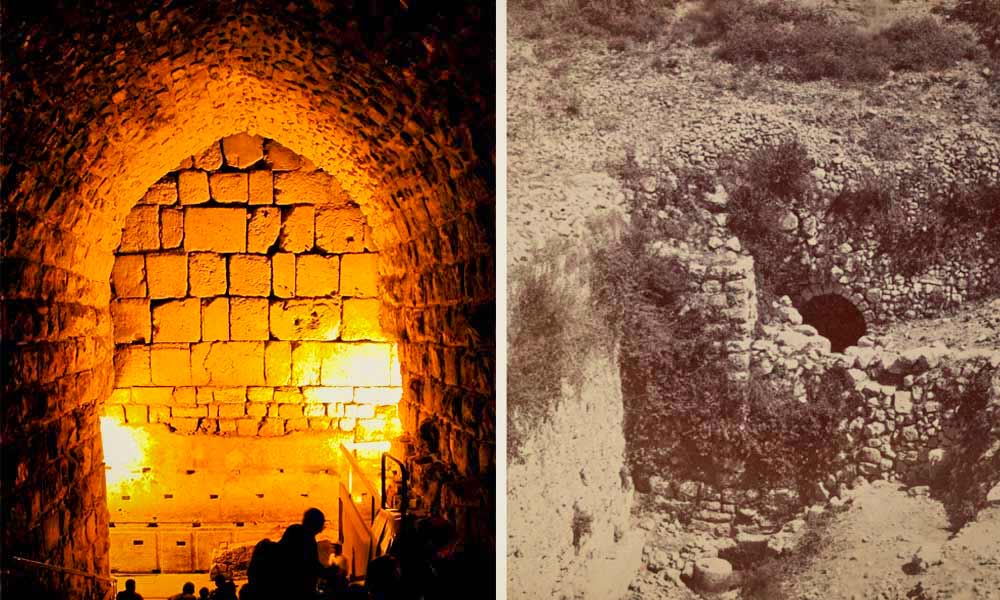 The life-and-death struggle for a lasting peace for earthbound Jerusalem (and its extended environs) transpires against the backdrop of persistent underground transformation. The Israelis extend the tunnel along the Western Wall of the Temple platform to exit along the Via Dolorosa; the Palestinians semi-clandestinely reshape “Solomon’s Stables” near the southeast corner of the platform as a mosque. Most notably, the murkily funded Elad organization sponsors the digging of a complex south of the platform—deep into areas thought to include the site of David’s small capital city and of the Siloam Pool, where Jesus supposedly healed a blind
man—transforming it into an underground biblical Disneyland.

Throughout the book, public dramas intertwine with the private ones for which Jerusalem is renowned. An owner casually excavates the basement in his house or the back wall of his shop, which then yields some unpredictable archaeological, religious, legal or political complication—most often, all four. Lawler sees a deeper layer of meaning in another feature for which aboveground Jerusalem is renowned: “Jerusalem syndrome,” the local form of madness, in which an individual, usually a tourist, imagines himself a biblical prophet. The syndrome increased in frequency as the millennium approached; Lawler puts the surge into context, locating it within the larger madness of 160 years of lusting to possess and redirect the rivers of history flowing through this small hill town. Whatever their aim, seekers must wrestle with gravel and sludge, finding the occasional gold coins and the inevitable sewage.

I do have two minor complaints. One: In an otherwise nuanced and even-handed narrative, I think that the appropriately painful account of the destruction by the Israelis of the Mughrabi Quarter after 1967 should be preceded by a more than merely passing reference to the wholesale destruction of synagogues in the Jewish quarter by the Jordanians in 1949-67. Two: Given an Author’s Note in which Lawler demonstrates his awareness of language and its importance, it is distressing that he is not more careful to distinguish “Israelite” from “Judaean” from “Jew(ish)” and “Arab” from “Muslim”—both of which failures help perpetuate misconceptions regarding history and religion. But these complaints are minor compared to the overall power of his narrative. This is a spellbinding book—and a reminder that, just when one might have imagined that nothing new could be written about Jerusalem, there is still more to be found beneath its surface.

Ori Z. Soltes teaches across disciplines in the Center for Jewish Civilization at Georgetown University. He is the author of Untangling the Middle East: A Guide to the Past, Present and Future of the World’s Most Chaotic Region and teaches a course on “Jerusalem: City and Symbol.”