In the midst of a long conversation about men, women, love, sex and his own adolescence, the late Amos Oz reminds his interlocutor Shira Hadad that “the most important word in our whole conversation today is ‘sometimes.’” “Sometimes” is the title of a chapter, one of six in this wonderful little book, but it might as well have been a motto for Amos Oz. The life of the great Israeli novelist and essayist, who died in 2018, taught him powerful lessons early on about the failures of certainty and constancy.

He was born Amos Klausner and raised in Jerusalem. His family were Revisionist Zionists, members of the conservative, nationalist movement founded by Ze’ev Jabotinsky. Although secular, his parents sent him to a religious school. When he was 12, his mother committed suicide. Two years later, he left Jerusalem to join a kibbutz, where he took the name Oz, meaning courage. By the age of 14 he had sampled a variety of Israeli affiliations and identities: left, right, religious, secular, urban, rural.

Perhaps that sampling of the varieties of Israeli life endowed the author of such novels as My Michael and A Perfect Peace and the memoir A Tale of Love and Darkness with an empathy for characters who were creatures of his imagination or of his memory. Perhaps that is also what makes the characters so vivid and convincing.

In this posthumous book, Oz reflects on writing fiction, on his refuge in writing stories during an unhappy childhood and on his thoughts about life and literature. The book is based on a series of interviews transcribed and edited from dozens of hours of recorded conversations with Hadad, beginning in 2014 when Oz was finishing work on his last novel, Judas. Hadad, in addition to being a television writer and producer, was Oz’s editor and friend, and I find myself regarding her with intense jealousy and admiration. Jealousy because the best part of the job I did for 31 years as host of NPR’s All Things Considered was read books (a couple of them by Oz), bone up on the author’s work and then pose the questions that my reading had prompted. Hadad got to relish that experience at great length and depth. Admiration because, while she challenges Oz, expresses her differences with him and points out his contradictions, the conversation is not a balanced exchange between two friends. She is too good at her job to make that mistake. Her question might run a dozen words; his answer sometimes runs two pages. She knows who the star of the show is, and he does not fail her or us. 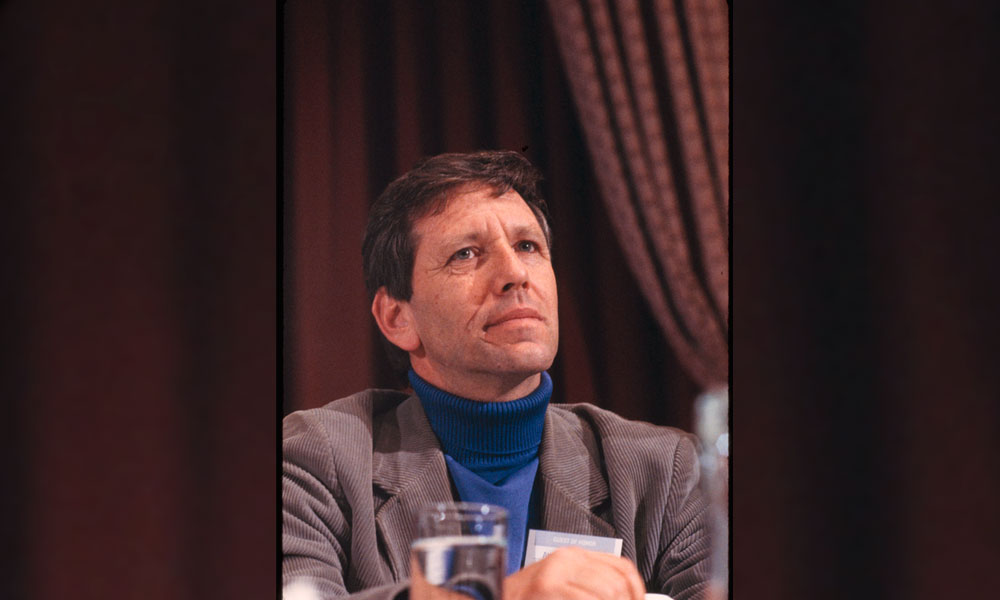 Oz published first in the 1960s, one of a generation of young Israeli writers that also included A.B. Yehoshua and Aharon Appelfeld. Sometimes, he enjoyed the adoration of literary critics in Israel. But, as Hadad reminds him, his early rave reviews were followed by a long stretch of critical disappointment with his work, followed in time by his return to the good graces of the local literati and broad international recognition of his talent. His explanations for his period of eclipse include the possibility that writing from a kibbutz kept him from making the kind of connections that a writer in Tel Aviv would naturally develop. When he speaks of literary critics, it is not with great respect.

In this posthumous book, Oz reflects on writing fiction, on his refuge in writing stories during an unhappy childhood and on his thoughts about life and literature.

The state of teaching literature bothers him, too. “In the past few decades,” he observes, it “has often turned into teaching the politics of minorities, or gender studies, or alternative narratives versus hegemonic narratives—in fact in many places they teach a type of sociology through literature.” He faults Israel’s Ministry of Education and Culture for taking a view of literature as a “sort of wagon that must carry a cargo to the students: the heritage of Eastern European Jewry, or Holocaust awareness, or our entitlement to the country, or whatever.” For him, the “treasure” in a book is not “in the depths of a safe that must be ‘cracked’” but is “everywhere: in a single word. In the juxtaposition of words. In the punctuation. In the melody. In the repetitions. Everywhere. Above all, perhaps, it is in the spaces between the words or between the sentences or between the chapters.” He sounds like a painter urging us to look past his painting’s story to his brush strokes and colors.

Oz goes on to disparage an approach to teaching literature that he calls “ripping off the mask or exposing the nudity…of the story.” He cites the criticism of his 1968 novel My Michael, which has been attacked by some critics as misogynist, Orientalist and racist. It is narrated by a woman, Hannah Gonen, who, disappointed in her husband, finds imaginary adventure in sexual fantasy. Oz is dismissive. My Michael’s critics, he says, “classified the book as an oppressive-racist text that represents the prejudices of a privileged white Jewish male. Hannah and I read some of the things that were written about us, and what we wish for our accusers is that their sexual fantasies always be absolutely politically correct.”

Oz was a man of the left, but he was unpredictable. At times he supported Israeli wars against Hezbollah in Southern Lebanon and Hamas in Gaza when the international left was broadly opposed to them. Being a kibbutznik also seems to have been a tough fit for him. He recounts casting the lone vote against the political party affiliated with the kibbutz. He could only write for as many days of the week (at first, just one) as the kibbutz permitted him. To write more was to contribute less to the communal good in the fields or the cow barn.

Oz did not live to experience his younger daughter Galia’s published attack on him as a selfish and violent parent (his widow and two other children rushed to his posthumous defense). But, as for the childhood he provided his own children on the kibbutz, in retrospect he is scathing and apologetic. “The kibbutz founders…believed, as does the Christian church,” he tells Hadad, “that innocent children are little angels who have not tasted sin, and that the kibbutz children’s house would be a paradise of affection and friendliness and generosity. What did they know, those kibbutz founders? They’d never seen children in their lives.” At night, he goes on, “the children’s house would sometimes turn into the island from Lord of the Flies. Woe to the weak. Woe to the sensitive. Woe to the eccentrics. It was a cruel place.”

The conversations that led to What Makes an Apple? are about Oz’s fiction and his life. The more political conversations were largely saved for a future book, but they do make appearances. Oz recalls that his renown as a writer led to invitations from Israeli prime ministers for drinks or dinner and “a heart-to-heart, with questions like ‘Where did we go wrong?’ and ‘Where do we go from here?’”

He recalls the admiration these political leaders would express for his answers, which they would then completely ignore. “Almost all of them—not Ben-Gurion, but Golda and Eshkol and Shamir and Peres—tell me: ‘How you phrase things! Such Hebrew! Such oratorical skills! You’re wrong, but you put it so well!’ Once in my life, just once, I would like to have a prime minister say: ‘Amos Oz, you talk like shit, you phrase things terribly, the words don’t stick together, but you know what? You’re right.’ I would like to hear that just once before I leave.”