Why Hagai El-Ad Needed to Speak at the UN

I didn’t want to listen to Hagai El-Ad, director of the Israeli human rights group B’Tselem, as he provided an official briefing to the United Nations Security Council about the situation in Gaza and the West Bank last week. I felt ashamed as he reminded the world of Israel’s crimes in a place that is more than willing to condemn us.

It would have been so much easier to dismiss El-Ad, as so many of our right-wing leaders did. To call him an informant who washes Israel’s dirty laundry abroad. To denounce him as a collaborator, as Israel’s envoy to the UN, Danny Danon, did. To call him a disgrace, as Prime Minister Benjamin Netanyahu did. A liar, as Minister of Culture and Sport, Miri Regev did. To denounce him because, after all, the human rights abuses of so many other countries are so much worse. 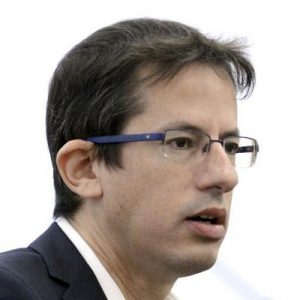 And that ease, that search for false comfort, is precisely why Hagai El-Ad was right to have spoken at the UN, however uncomfortable it makes us.

If the laundry is dirty—or immoral, or unjust, or a violation of human and civil rights—then it should be washed. It is ridiculous to assert that El-Ad was at fault for doing the washing in public. There is no private laundry anymore. When satellite imagery of every corner of the planet can be sold on the open market and when every major intelligence agency of the world is monitoring everything, the entire world can see right into our washing machines.

The argument about “the public” is not only ridiculous, it is predicated on a distortion of the meaning of international accountability. Countries condemn human rights abuses in other countries all the time. Human rights activists throughout the world call for an end to honor killings, wherever they take place. Feminists demand action against female genital mutilation, wherever it takes place. The gruesome murder of journalist Jamal Khashoggi is an international issue.

After cynically telling the UN, in English, that El-Ad’s speech was against Israeli policy “only proves the strength of Israel’s vibrant democracy,” Danon called El-Ad a collaborator—in Hebrew, as if this were an issue just between us, within the tribe. Yet Israel is proud to be part of the Western world; we profit from our membership in the OECD and from economic and diplomatic agreements that provide us with international standing and benefits. But these memberships and agreements are predicated on a not-so-subtle assumption: that we will uphold the same values of human rights and decency as the countries we want to join.

To deny our accountability in the international forum is to deny one of the most important implications of Zionism and the establishment of the State of Israel. The Jews are no longer defenseless. We have political, economic and military power.

Are most of those countries hypocritical, condemning Israel for its failings while their failings are often worse? Absolutely. Is the UN a bad place for Israel and the Jews? Most of the time, it is. Many of its policies, and certainly most of its decisions vis-a-vis Israel, are cynical, immoral and anti-Semitic, not to mention ignorant, ludicrous and ridiculous. After all, just because we are paranoid—and we have good historical reasons to be paranoid—doesn’t mean that the UN isn’t after us.

None of this absolves us of our own responsibility and accountability—to others and to ourselves.

Well, what about them? Whataboutism is not an ethical defense. If something is wrong, then it is wrong. No matter who says it, no matter how culpable the accuser. It’s always more comfortable to deflect criticism by pointing to the wrong-deeds of others, but if we are going to accuse—and often rightly accuse!—other countries, moral integrity demands that we address our own country’s wrongdoing.

Indeed, the hypocrisy of the UN and so many of its member-states paradoxically added validity and dignity to El-Ad’s speech. The UN granted Israel international legitimacy as a state, and so it is fitting and right that it is at the UN that we stand up for what we believe—against the BDS leftists; the authoritarian, anti-Semitic right; the hypocritical West; the automatic anti-Israel block—and against our own occupation of the Palestinian people. Even if “the world”—or at least the UN—is against us, we will not be against the values that we believe in.

Even if it makes me uncomfortable. Even if he did it at the UN.

END_OF_DOCUMENT_TOKEN_TO_BE_REPLACED

A Defining Moment for Yair Lapid

Is it too early for lessons from the latest flareup this weekend?

END_OF_DOCUMENT_TOKEN_TO_BE_REPLACED

Imagine you live in a rural area out West and your neighbors keep trying to drive you off your land.

END_OF_DOCUMENT_TOKEN_TO_BE_REPLACED

Opinion | The Exploitation of a Palestinian Journalist’s Death

The value of the life of a journalist doesn’t matter very much in a post-truth world. And so the politicians, pundits and activists lined up according to their usual and predictable positions, ready to make political, ideological and rhetorical gains off the death of a woman.