As 2021 draws to a close, we take a look back on our popular stories of the year: politics, investigations, Israel, Jewish humor, contemplating community, lots of film and television reviews and, delightfully, the touching origin story of Paddington Bear. They piece together to paint a picture of the tumultuous, bizarre and occasionally brilliant year that was 2021. 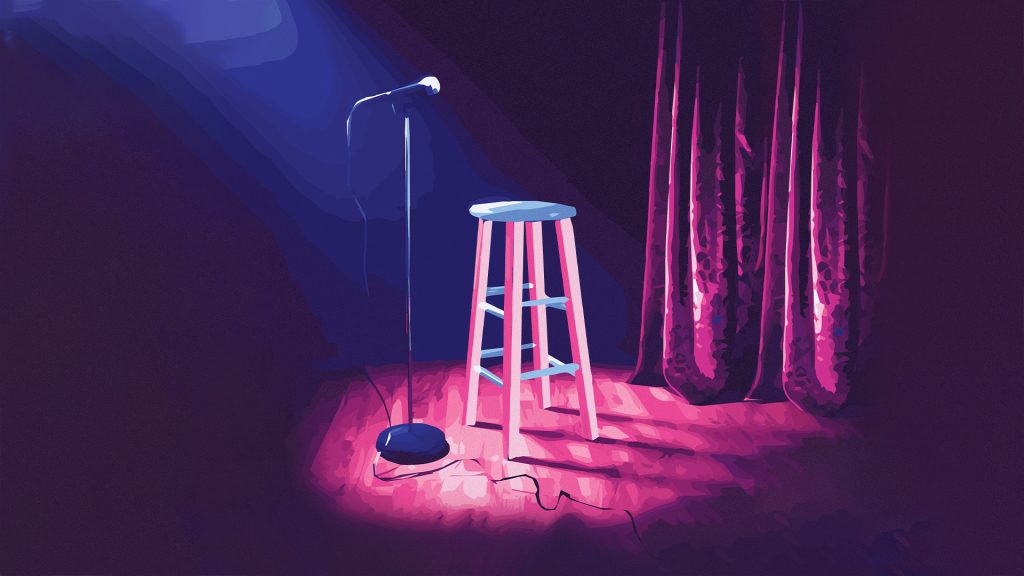 1. What Is Your Favorite Jewish Joke—And Why?

Topping the list is our summer symposium on one of Judaism’s richest inheritances: Jewish humor, featuring interviews and the favorite jokes of lots of comedians and funny people. In a stressful year, it’s no wonder so many wanted to kick back and laugh! 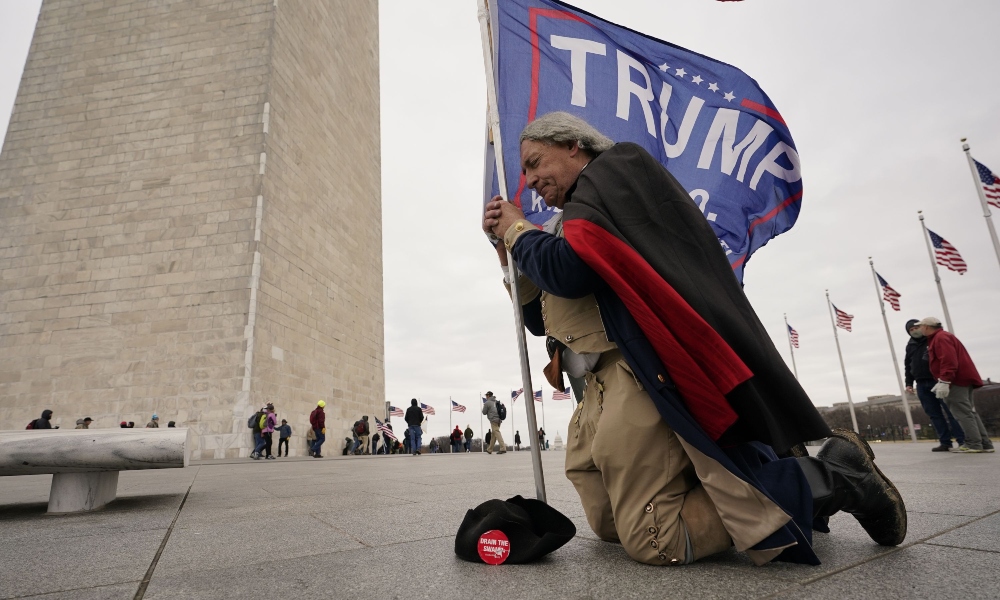 2. In Pictures | Insurrection and Anti-Semitism Blend at the Capitol Riots

2021 kicked off with an event illustrating the internal struggle the United States currently grapples with, one that we all had to see with our own eyes to believe and that won’t be forgotten for years to come. Abigail Bender’s powerful collection of images from across the internet demonstrate why, almost one year later, the capitol riot hangs over the head of every American.

3. In Defense of My Unorthodox Life 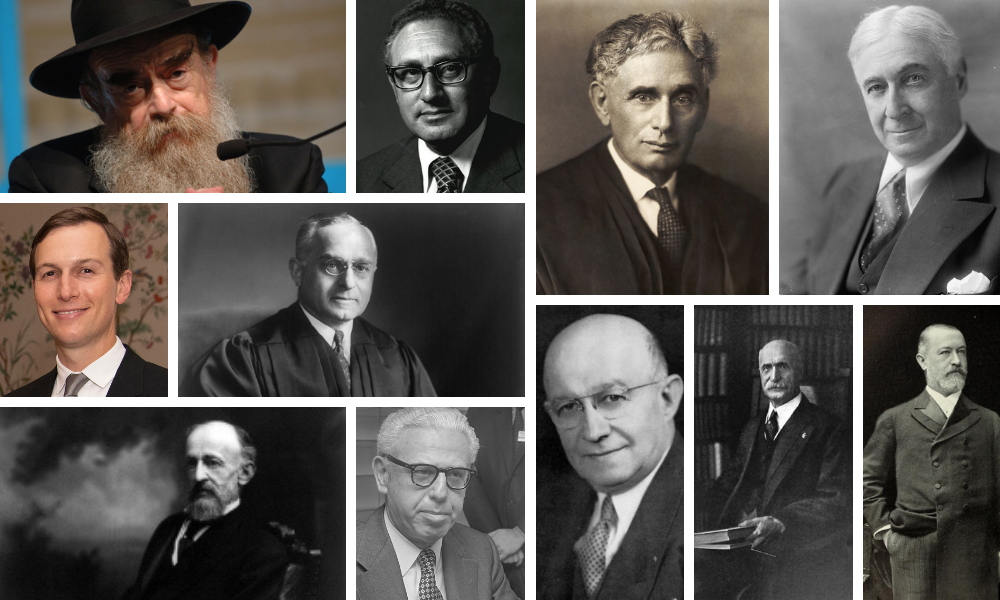 4. Jewish White House Advisers You May Not Know About

2021 rang in the launch of the Biden administration, which includes a number of Jewish advisers; to mark the occasion, Dan Freedman discussed some of the most interesting and influential Jews to ever work at the White House. 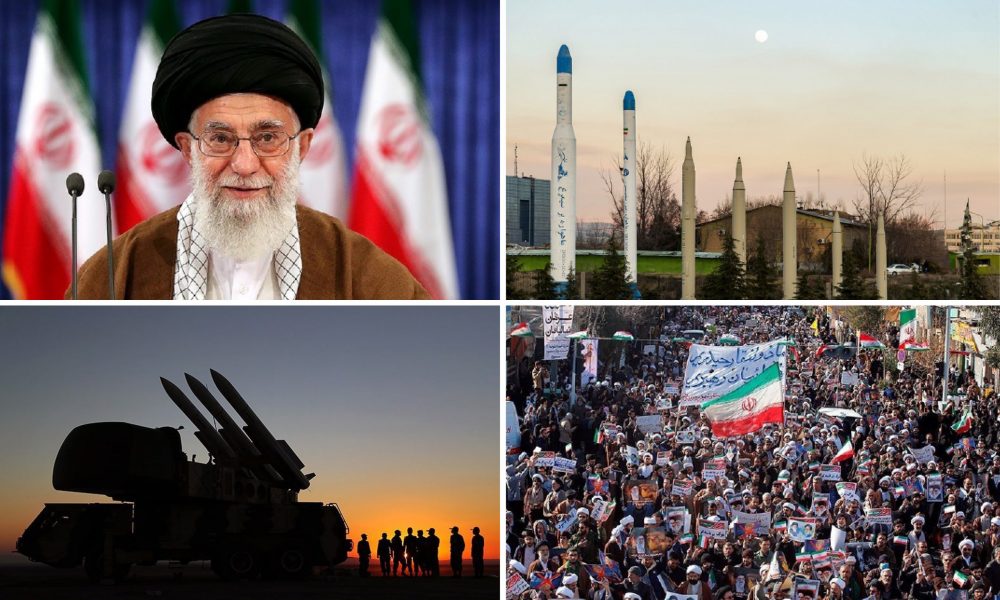 America withdrew from the Iranian nuclear deal in 2018, and today, politicians—and the American Jewish community—are still conflicted about the best path forward in restraining Iran’s nuclear activities. Ellen Wexler‘s interviews are a great way to learn more about this complicated issue, and why returning to it isn’t quite so simple. 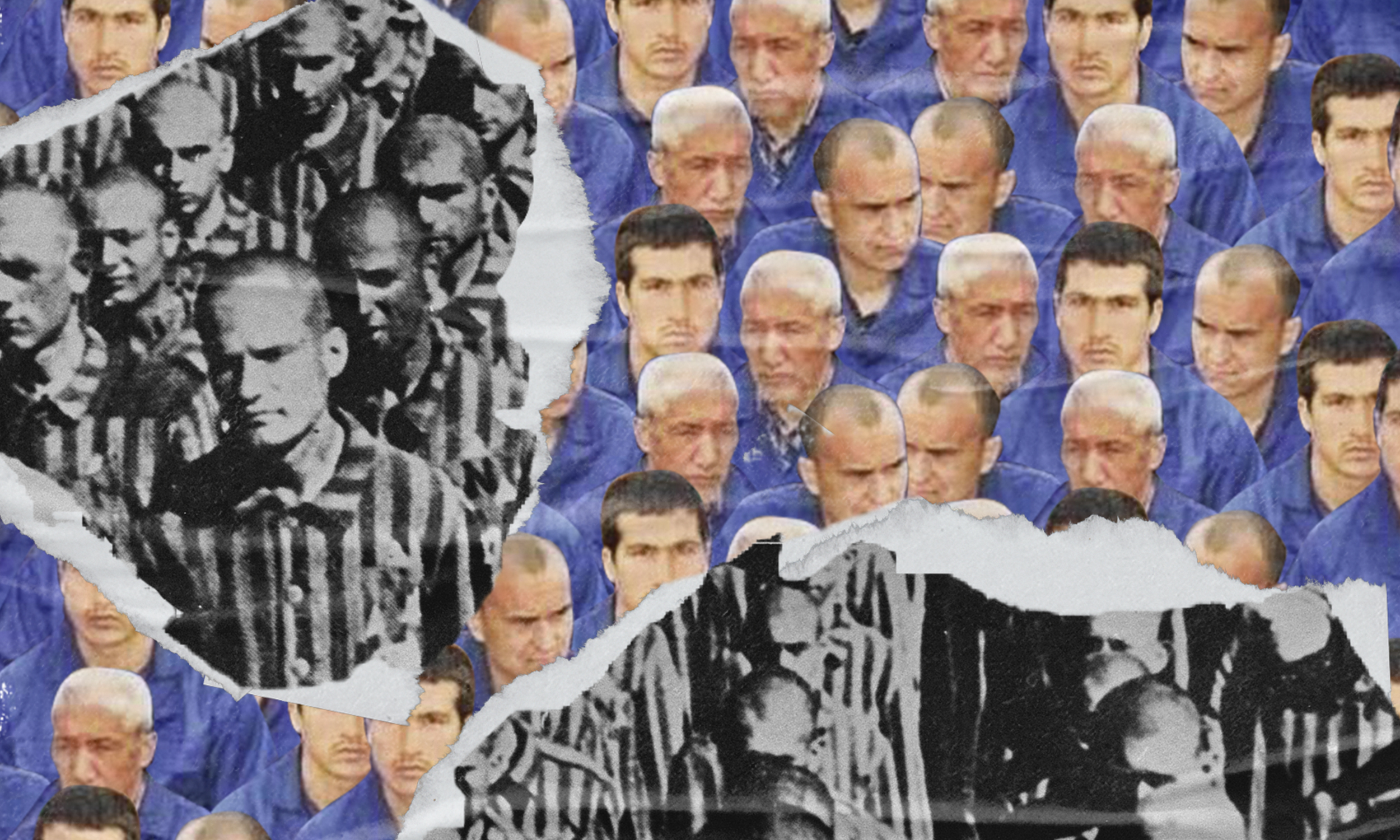 The fruit of this year’s Daniel Pearl Investigative Journalism Initiative was a stunning story by Tom Gjelten delving deep into the many injustices the Chinese government has visited upon the Uyghur people, a religious and ethnic minority living in China’s Xinjiang region whose mistreatment has gone almost unnoticed until very recently. As next year’s Beijing Olympics draws near, he reminds us all of the price of ignoring an inconvenient genocide.

Top of Mark I. Pinsky‘s What to Watch column this year is Israeli streaming comedy The New Black, featuring a quartet of Jewish twentysomething guys navigating life—and shaking up their yeshiva in the process. Smart, funny, unpredictable and laced with tons of Israeli and Orthodox culture. What’s not to love? 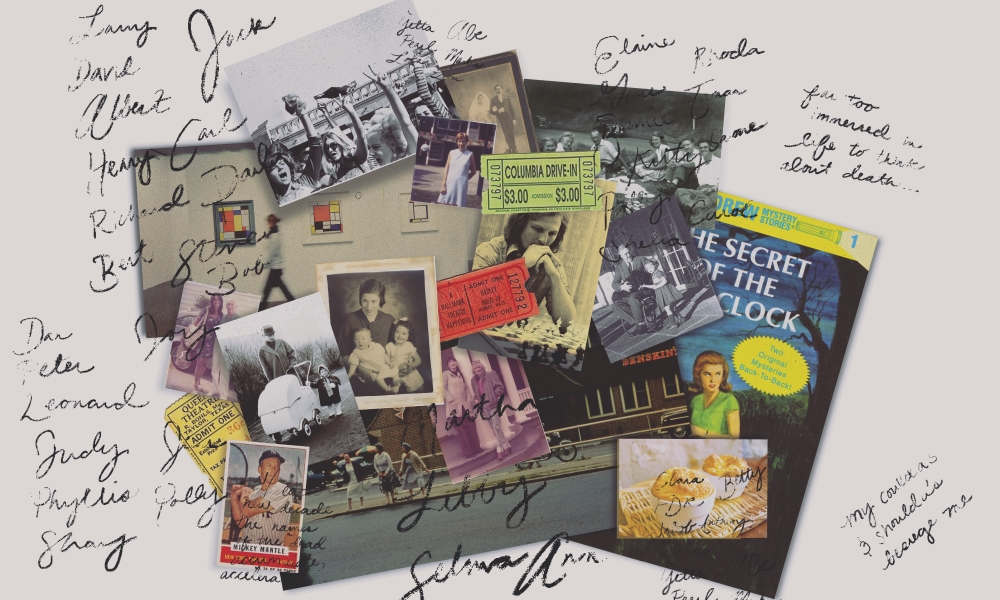 2021 was, unfortunately, another year weighed down with grief. How do we handle the sheer amount of loss that goes hand in hand with living life? Judith Viorst relates how she tracks, counts and processes how death has touched her. 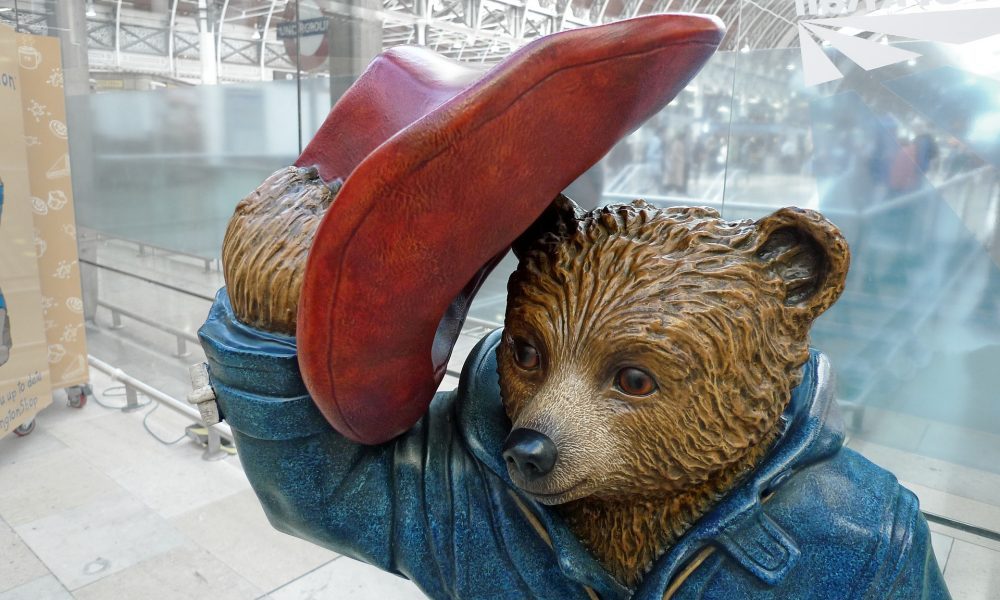 9. The Story of ‘Paddington Bear’ Was Inspired by the Kindertransport Children

Seventy years ago, a team rescue effort saved the lives of thousands upon thousands of Jewish children—and sparked the creation of another kind of life, too. A story from intern Bella Druckman fills us in on the sensitive origins of this iconic little bear. 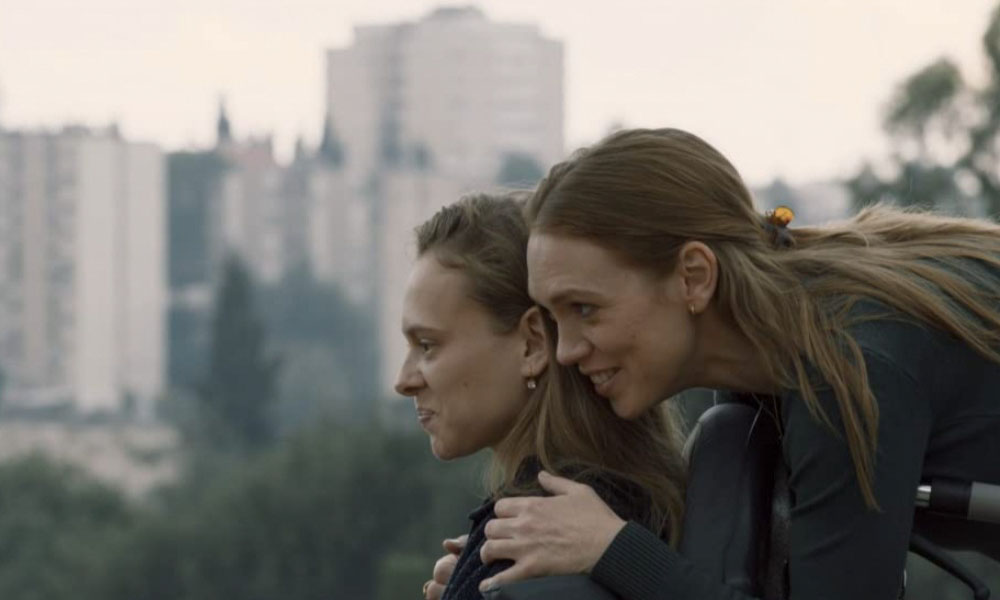 Dina Gold‘s top film review, meanwhile, is on Israeli director Ruthy Pribar’s debut film, Asia, an award-winning exploration of the emotional complexities of loneliness, isolation, single motherhood, stress and heartbreaking sickness. While the film was, unfortunately, not nominated for an Oscar, we loved the powerful tale of a mother trying to help her daughter cope with a degenerative and terminal illness. 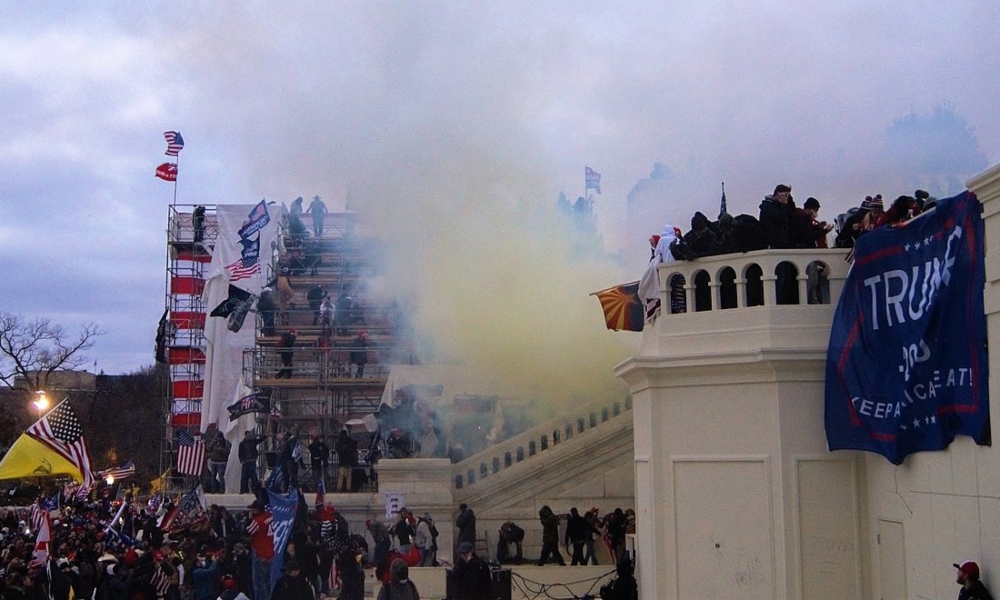 11. Senator Richard Blumenthal Reflects on His Flight from the Capitol

Dan Freedman recounts how when Senator Blumenthal, the son of a Holocaust survivor, was forced to flee the Senate chamber in the face of the rioters, he felt a unique sense of violation as he grappled with the shock and violence the day brought. Since the riot, Blumenthal has criticized lawmakers who endorse QAnon conspiracies and, in the wake of the Facebook leaks, has argued strongly for greater oversight of social media giants. 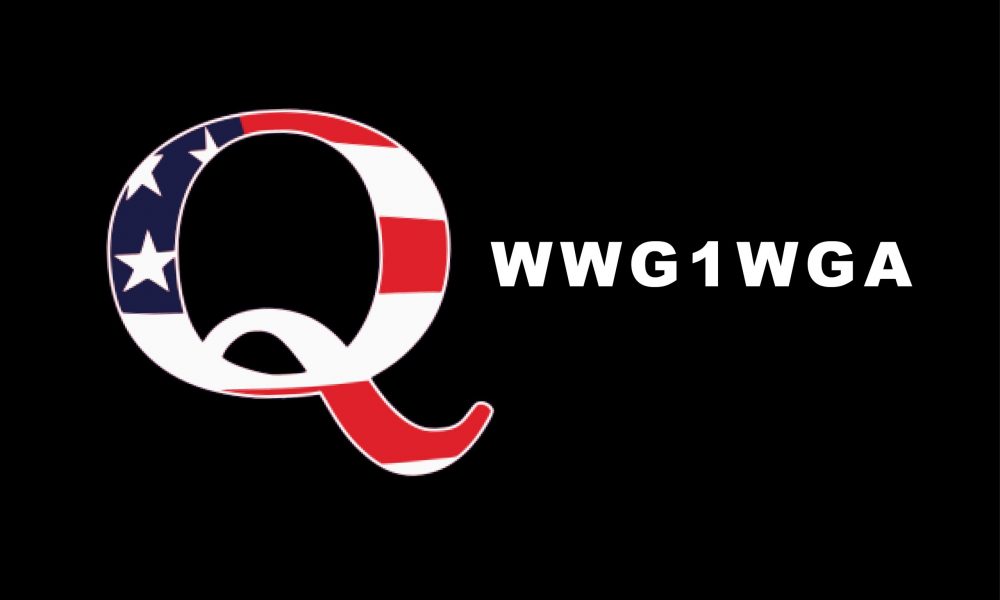 Just a day before the January 6 riot and its ranks of Proud Boys wearing pro-Holocaust t-shirts, Moment posted Sarah Posner‘s opinion piece on the exponential growth in the reach and, even more importantly, the legitimacy of the QAnon movement, as well its deep roots in old antisemitic ideas. 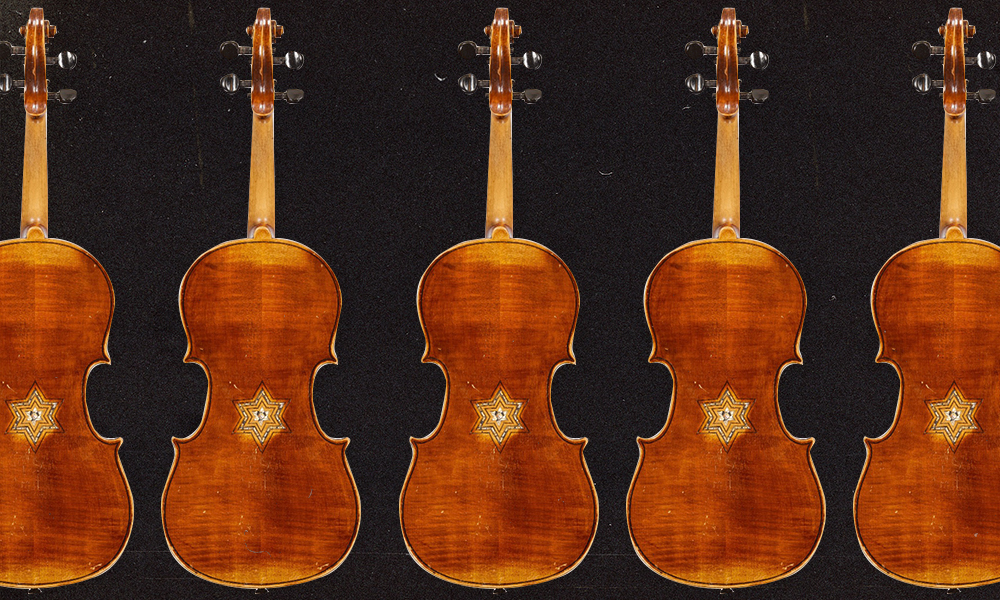 13. The Stars of David that Aren’t

An interest in the artistic creations of Jews living in the Nazi’s ghettos has dovetailed into online sellers selling a kind of old violin decorated with mother-of-pearl six-pointed stars for thousands of dollars, claiming them as Holocaust artifacts; Dina Gold interviews experts to find out their actual origins. 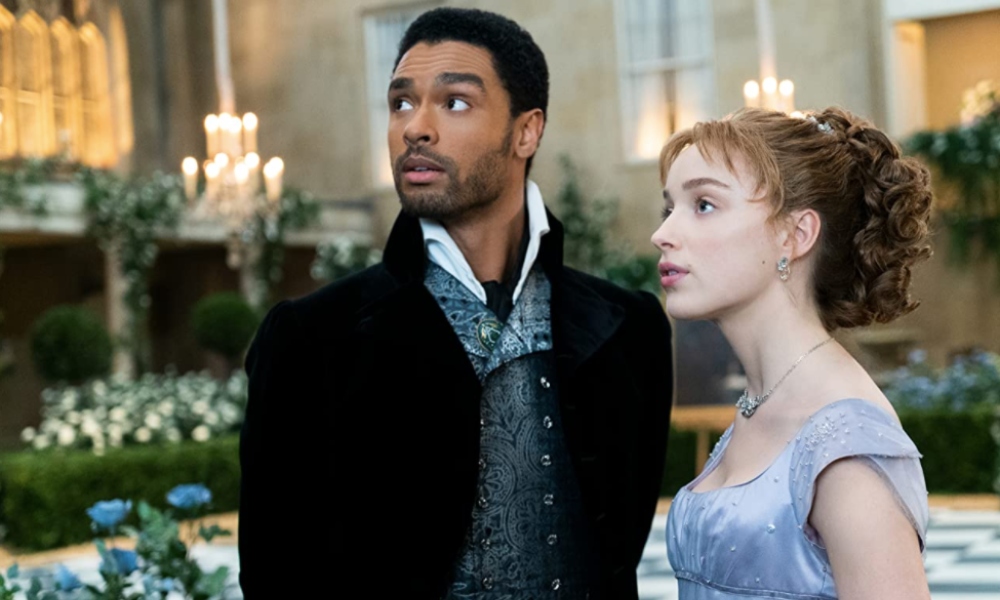 Another piece on television, this time by Sam Gelman, on Netflix’s blockbuster period drama-romance—a series that happens to give us another, decidedly unorthodox, look at an aspect of Orthodox Jewish life! Taking place during “The Season,” London’s glamorous regency-era time for socializing and courtship, the series’ women parallel their modern counterparts as they navigate strict societal rules and gender while matchmaking and seeking romance. 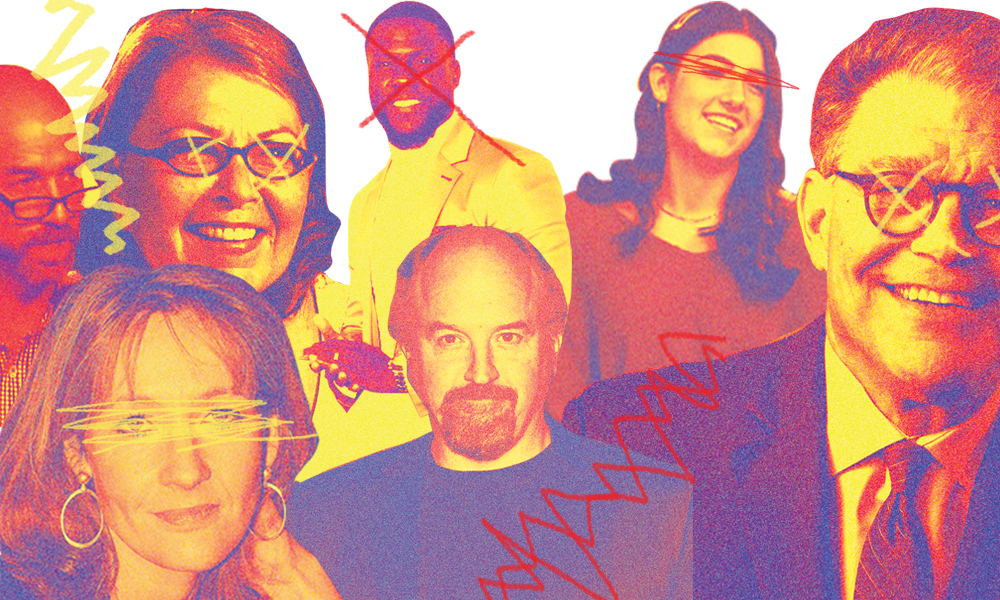 15. Jewish Word | What Is Cancel Culture—and What Does Judaism Say About It?

While Omicron’s influence on end-of-year events has temporary claim to the word “canceled,” in the past few years it’s increasingly come to mean something entirely different. Is cancel culture simply character assassination, or does it mete out justice to those who’d otherwise go unpunished? Lilly Gelman takes us through this phenomenon’s history and the Jewish perspective. 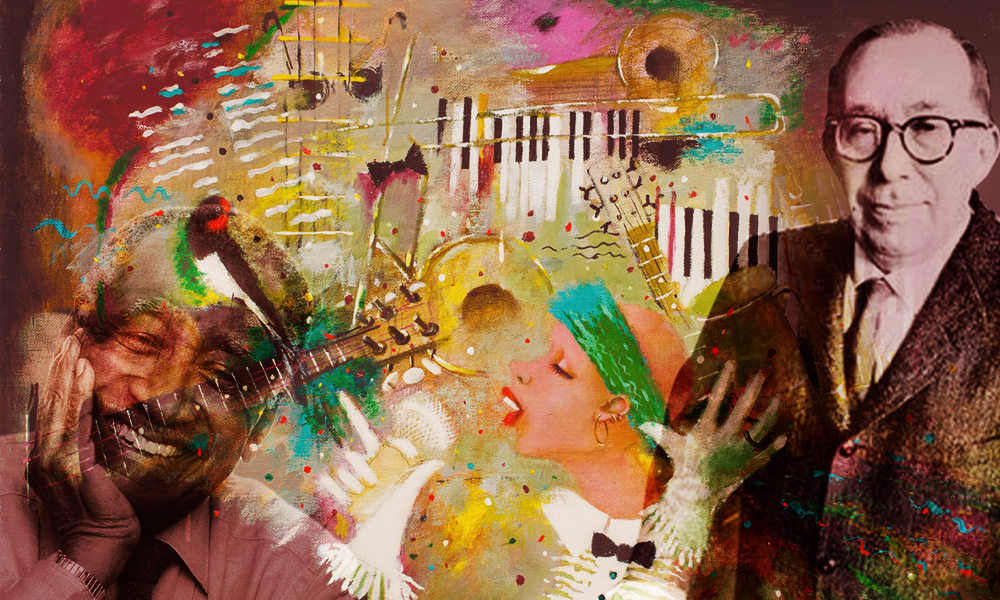 Polarization, bigotry, social justice and the ever-reaching climb for equality never seem to leave the conversation these day. On that note, Aryeh Tepper‘s essay strikes a chord as he forges unexpected connections between two very different thinkers’ takes on how individuals and a society can wrestle with bigots. 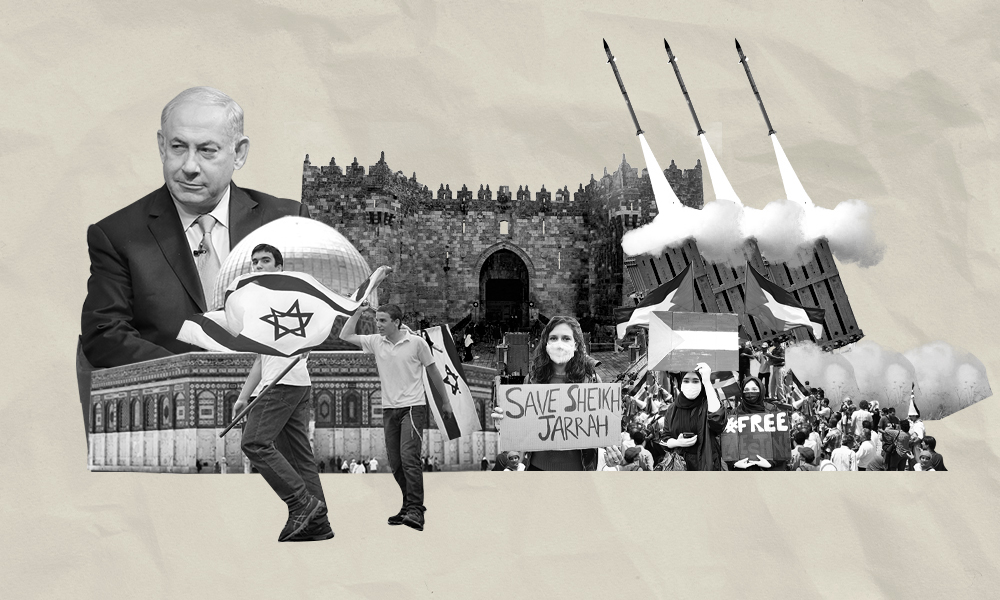 17. What Just Happened in Israel?

Never a dull moment. Back in May, Noach Phillips guides us through the cause and effect of the Israel-Palestine conflict’s latest, largest surge of complex violence. Shortly after the story’s publication, both countries agreed to a ceasefire, reducing tension back down to a simmer. 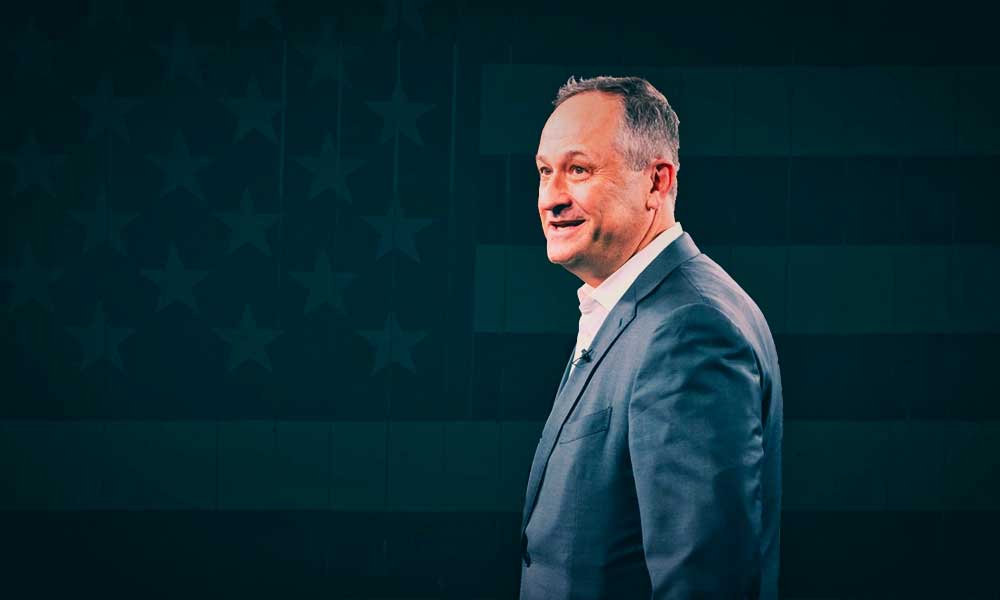 Back in May, Dan Freedman explored everything we’d want to know about our new Second Gentleman and his Jewish background. Since then, in another first, Emhoff’s celebration of Hanukkah has made this the first time an executive branch member lighting a menorah wasn’t a matter of ceremony, but of religion. 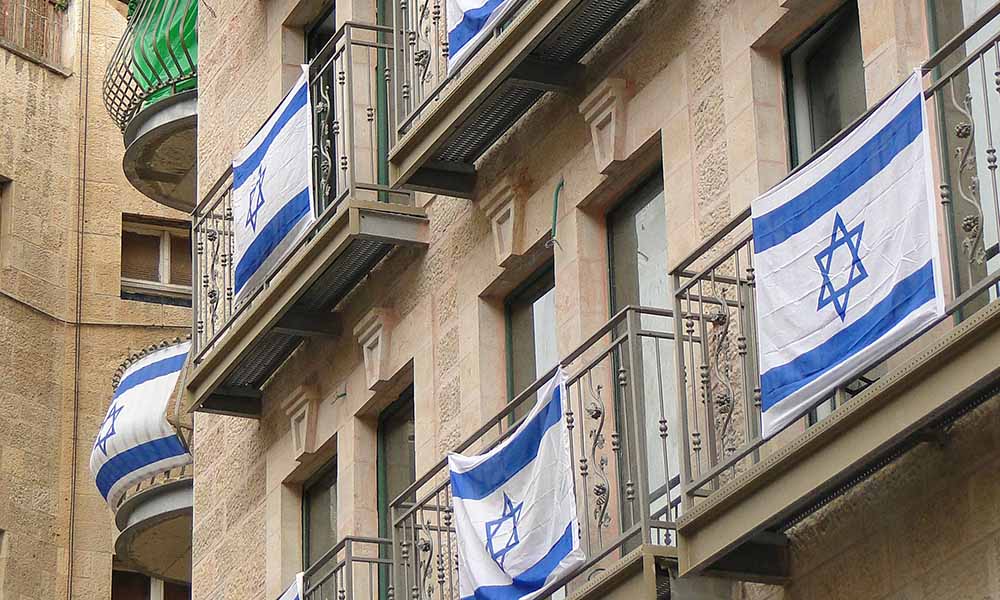 19. Opinion | Why I Left Jerusalem

Jews have been trying to get back to Israel for thousands of years, but Naomi Ragen has some very good reasons why, in 2021, she and others might be leaving the holiest city in the Holy Land. 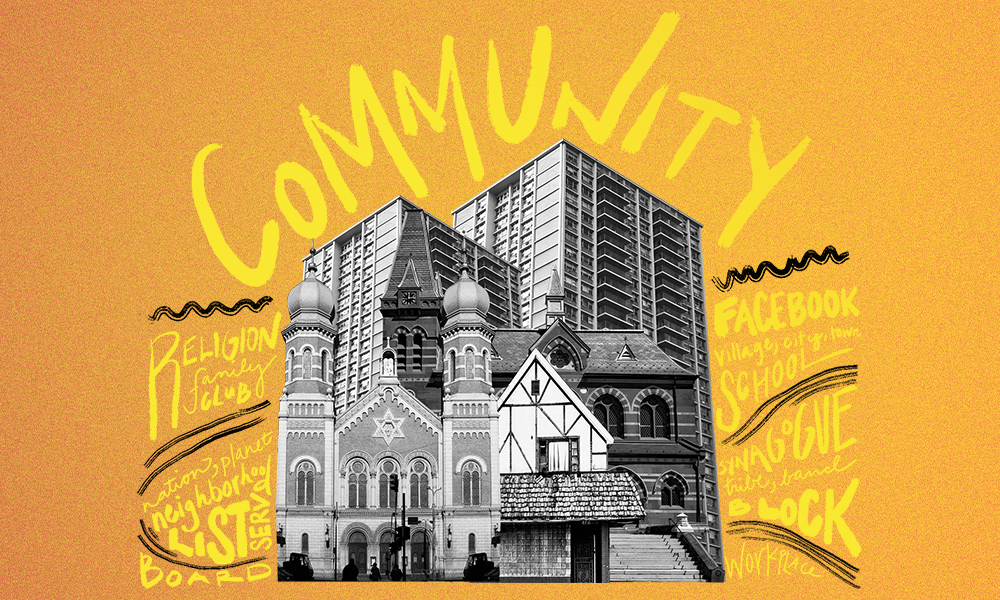 20. What Is Community Today?

What does community mean when our children go to school on Zoom and we see our best friends more often on Facebook than in real life? When the threat of COVID has united the world in a common threat, and yet we still can’t seem to agree on anything? When marginalized people and the far-right both have a voice and power they haven’t had in decades? Moment‘s spring symposium tries to explain what community is in 2021. 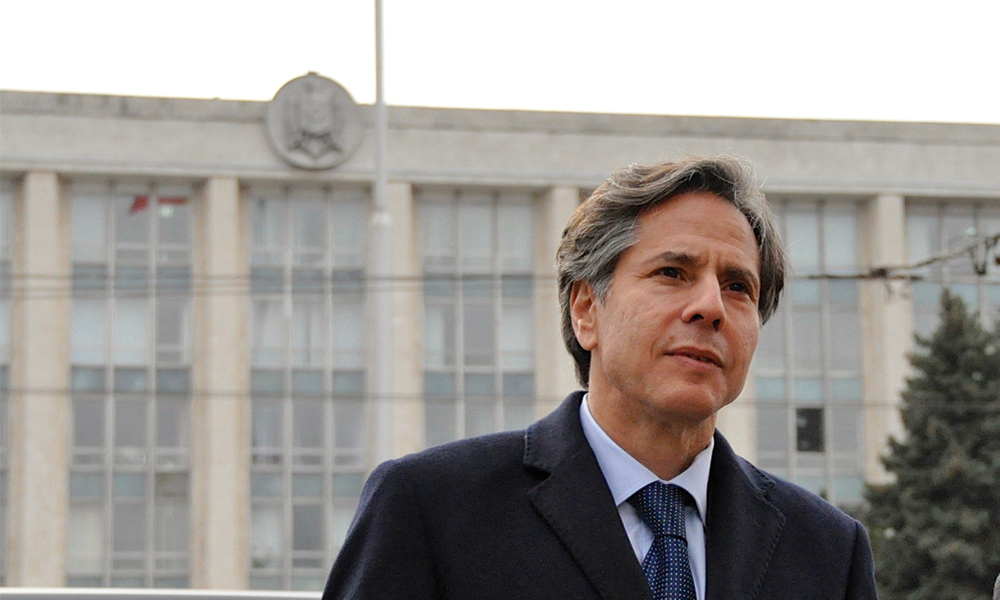 21. The Yiddish Yiches of a New Top Diplomat

Carlin Romano tops us off with one last January political story, this time introducing Antony Blinken, Biden’s appointment for Secretary of State, whose lineage is practically stuffed with remarkable Jewish family lore.