This Moment in Art: Murals in Odessa, The Art of Tobi Kahn and More

This Moment in Art

When the world is in turmoil, art becomes more important than ever. New art is produced at a faster pace, art from other eras is imbued with new meanings. With new virus variants spreading and war raging between Ukraine and Russia, polarizing the world, this is one of those moments. Yet as spring arrives, art goes on, nourishing us with beauty, fresh ways to think about life—and hope. This edition of “This Moment in Art” includes stories, exhibitions and interviews that we hope will expand and enrich today’s conversations. 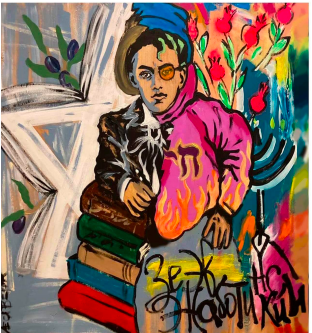 A year ago this week, Lesya Verba, a well-known Ukrainian artist, was in her hometown of Odessa, celebrating the opening ceremony for her series of murals of Ze’ev Jabotinsky. Jabotinsky (1880-1940) was the writer and orator known for leading the revisionist Zionist movement, the inspiration for the Irgun, and the founder of the Jewish Self-Defense Organization in Odessa, the city where he was born. His interpretation of Zionism—with military force—had a profound influence on Israeli politics. This mural, depicting Jabotinsky as a rebel and warrior, is painted in grunge style. Read an interview with the artist below. 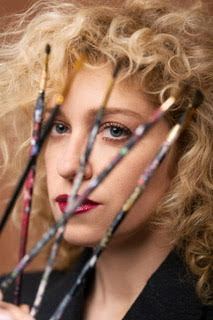 Moment editor Nadine Epstein interviewed artist Lesya Verba, who is now living in New York, about the Jabotinsky murals, her other art projects in Ukraine, and what she is doing now to help her homeland. Read more. 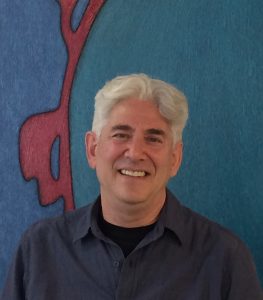 The painter, sculptor and creator of Judaica lives in Manhattan and has been a professor at the School of Visual Arts in New York City since the mid 1980s. His contemplative and sensual works celebrate life and explore the realms of memory, spirituality and meditation. Recently, The Phillips Collection in Washington, DC, which owns seven of Kahn’s paintings, mounted an exhibition showcasing those works. Moment arts editor Diane M. Bolz visits the exhibition (on display until May) and interviews Kahn about his work. Read more. 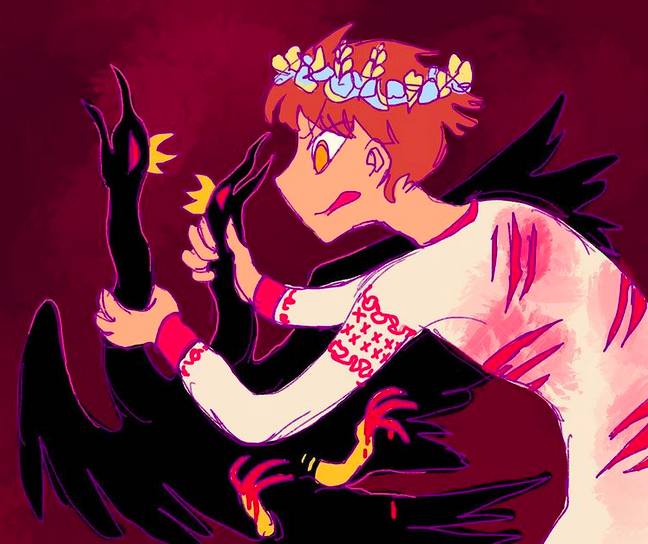 Crow Ra, 24, and Remy Slimp, 23, had only just founded their animation studio in Kyiv when Vladimir Putin launched Russia’s invasion of Ukraine in January. They were forced to flee, but they continue their work in Washington, DC creating animation about the war. “It feels good to have my country, which has been at war for eight years, to be cared about,” says Ra. “And it’s amazing that the president and the fight are able to inspire so many people.” Moment’s Noach Phillips writes about their experiences and their creative process and includes some of their animations as well as work by other young Ukrainian artists. Read more. 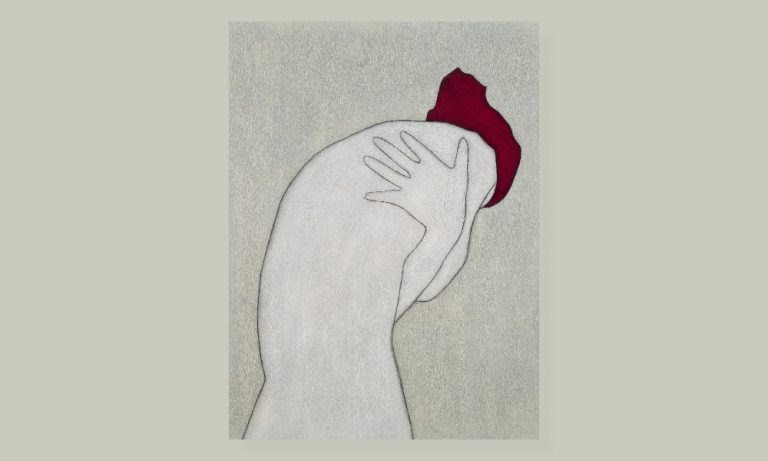 Tobi Kahn
Through May 31, 2022
The Phillips Collection, Washington, DC

The New York-based artist creates works that celebrate life through the power of abstraction. This special installation showcases the seven paintings by Kahn in the collection of the museum and demonstrates the artist’s relationship to American modernists such as Arthur Dove, Georgia O’Keeffe and Marsden Hartley. Kahn’s work is grounded in a tradition of spiritual abstraction in art that began with Kazimir Malevich and Wassily Kandinsky in the beginning of the 20th century and is closely linked to his religion and its ceremonies. 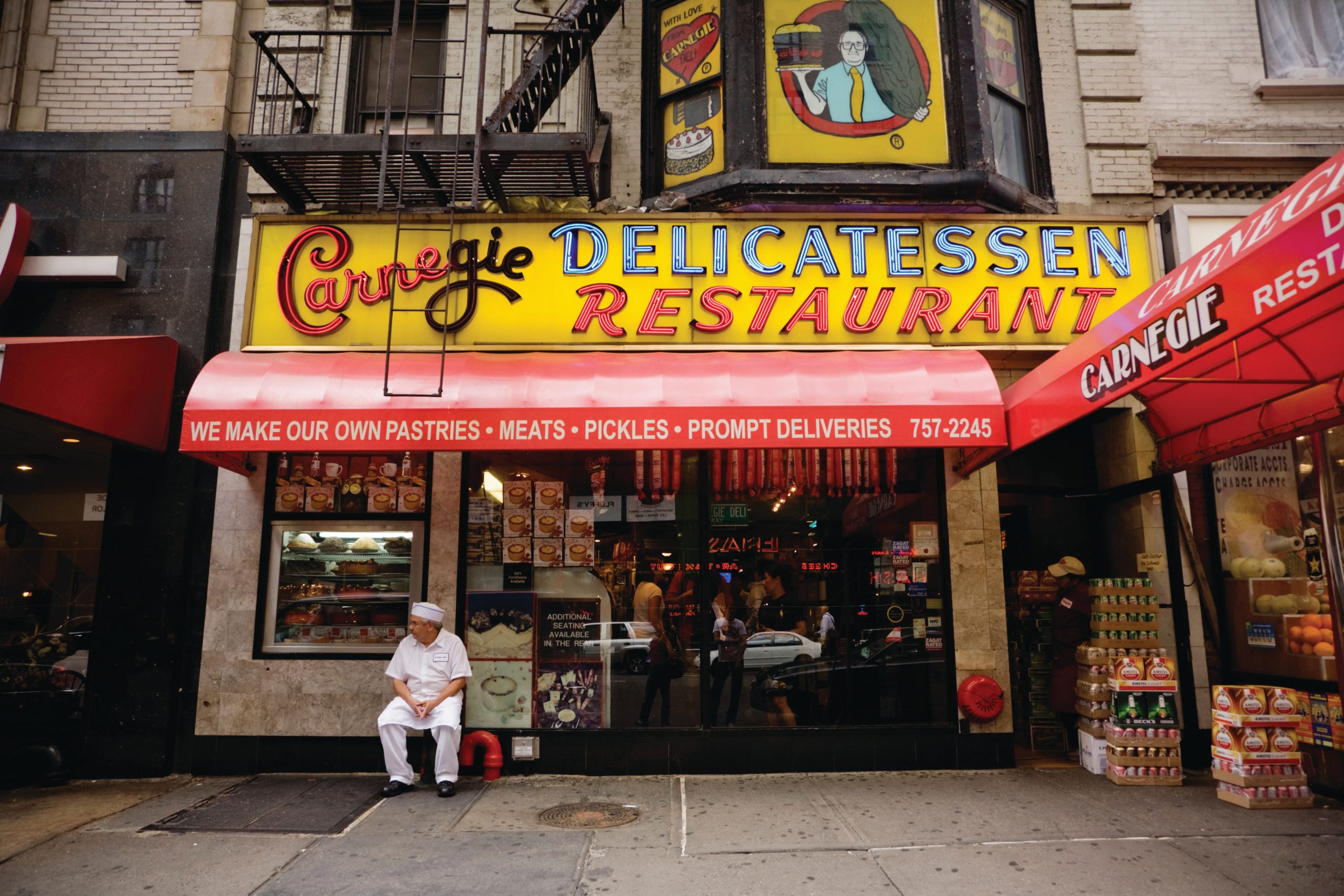 Grab a taste of deli history via menus, advertisements, neon signs, uniforms, photographs, and movie and TV clips. More than a place to get a meal, the show declares, “the Jewish deli is a community forged in food.” The exhibition explores how Jewish immigrants, primarily from Central and Eastern Europe, imported and adapted traditions to create a uniquely American restaurant experience. Interactives and photo ops invite visitors to share their own deli memories. Favorite Los Angeles establishments play a leading role. 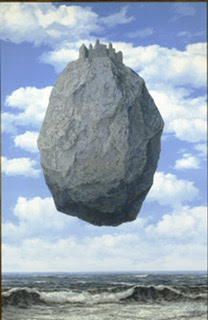 Drifting with Magritte: Castles in the Air
Through October 18
The Israel Museum, Jerusalem

Belgian Surrealist René Magritte’s masterpiece The Castle of the Pyrenees was commissioned by the artist’s longtime friend, American international lawyer and art collector Harry Torczyner. The exhibition brings the painting together for the first time with copies of letters and sketches exchanged between the artist and Torczyner. One of Magritte’s best-known images, The Castle of the Pyrenees, presents a seemingly pastoral view, but the details defy credibility and thus pose a mystery. One of the best-known artists of the Surrealist movement, whose works were concerned with the subconscious and the world of dreams, Magritte developed his own personal style focusing on the visible world, blurring the line between reality and imagination, and inviting his viewers to reconsider their perceptions of art. Though Magritte had complete freedom, the correspondence with Torczyner reveals that his patron was encouraged to express his opinions. From a number of drawings proposed by Magritte, Torczyner selected one of a large rock surmounted by a castle, adding the suggestion of a sky on a clear day and a rough darkish sea “because over the dark sea or ocean there rises the rock of hope, topped by a fortress, a castle.” In 1985, Torczyner donated the painting to the Israel Museum. 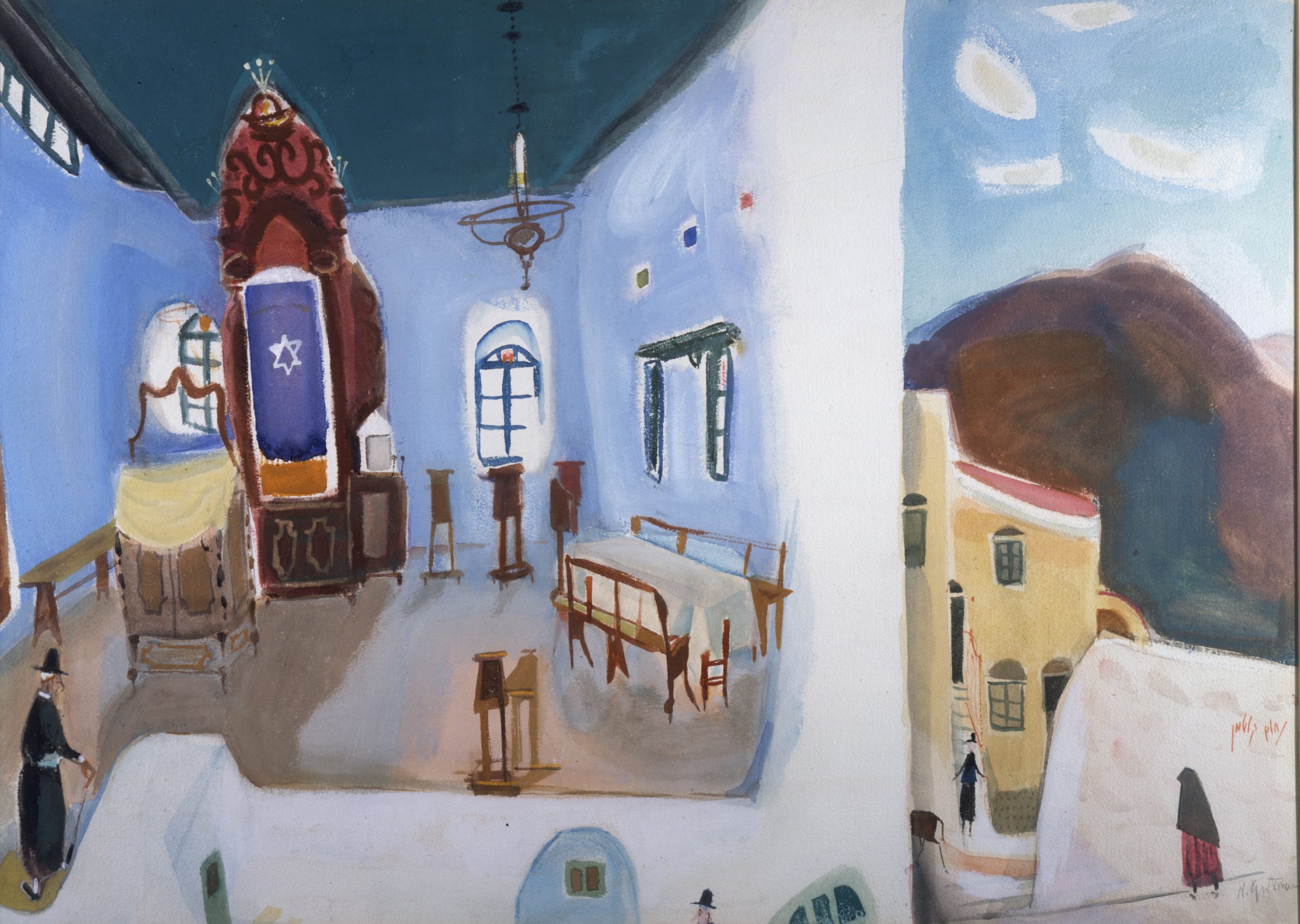 Trace the development of Israeli art through the vibrant range of artistic perspectives and sensibilities reflected in the museum’s collection. The exhibition charts the growth of the nation through artworks that date from approximately 1930 to 2005 and and tells stories that show that there are many ways to explore the history of Israeli art. Highlights include the work of founding masters of Israeli art such as Boris Schatz, Reuven Rubin and Moshe Tamir, as well as works by more recent artists, including Michael Gross, Max Ferguson and Debbie Kampel. The diversity of work illustrates the interesting balance that exists between a Jewish democratic homeland and modern nation engaged with the world. 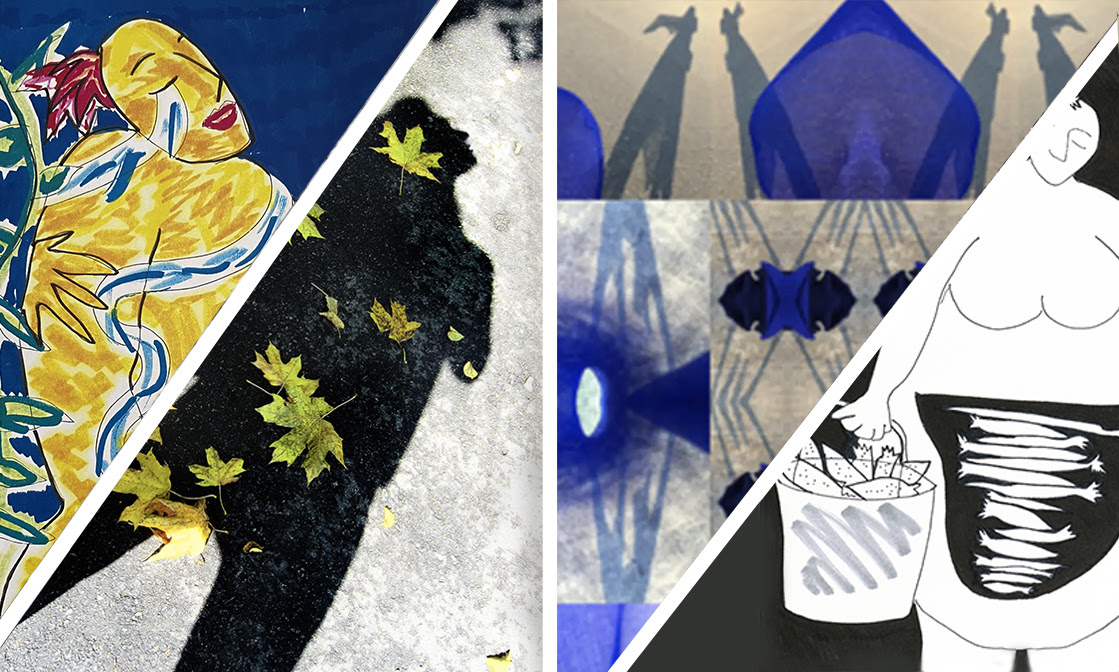 The Moment Gallery is a nonprofit online gallery that supports artists and Moment. The above pieces are from the collection of work by featured artist Nadine Epstein, Moment’s editor-in-chief, who is also a mixed media artist and photographer. Gallery selections are from her drawing journals and iShadow photography project.

More Art of the Moment 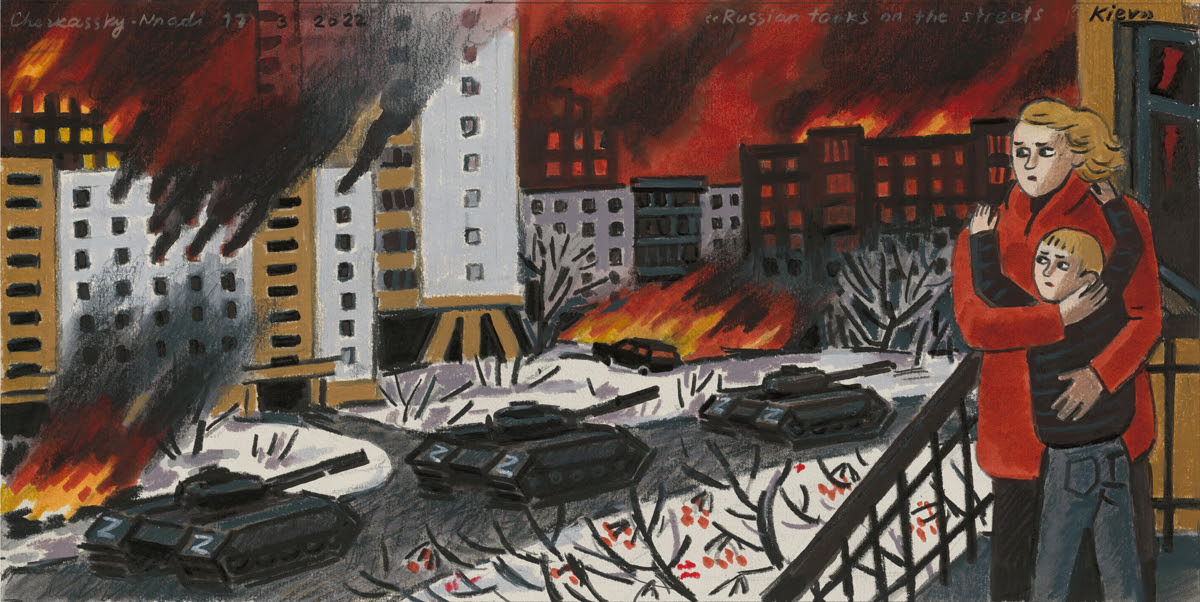 Zoya Cherkassky grew up in the Soviet Union before immigrating to Israel in 1991. Her personal experiences and the visual landscape of her youth appear as common themes throughout her art. Born in Kiev, Ukraine in 1976, the artist currently lives and works in Tel Aviv, Israel. In reaction to the Russian invasion of Ukraine in late February 2022, Cherkassky publicly responded on social media declaring: “Most of the images from my project ‘Soviet Childhood’ are based on Kiev landscapes. Today I see all of them being bombed and burned by the Russians.” The image featured in the above print reproduces a unique work of the same title that the artist recently completed. Watching from a balcony, a mother holds her child close as Russian tanks roll through the snow and buildings in the background go up in smoke. Cherkassky’s color palette of blazing orange, red and yellow and the immediacy of her rendering capture the atmosphere of destruction and uncertainty that presently plagues Ukraine.

Given the pressing nature of the conflict abroad, the Fort Gansevoort gallery will produce a limited edition of 100 prints of the above work. In support of Cherkassky, the people of Ukraine and all those impacted by the current conflict, a percentage of the proceeds of the sale of each print will be donated to the Ukrainian Red Cross via the International Committee of the Red Cross. 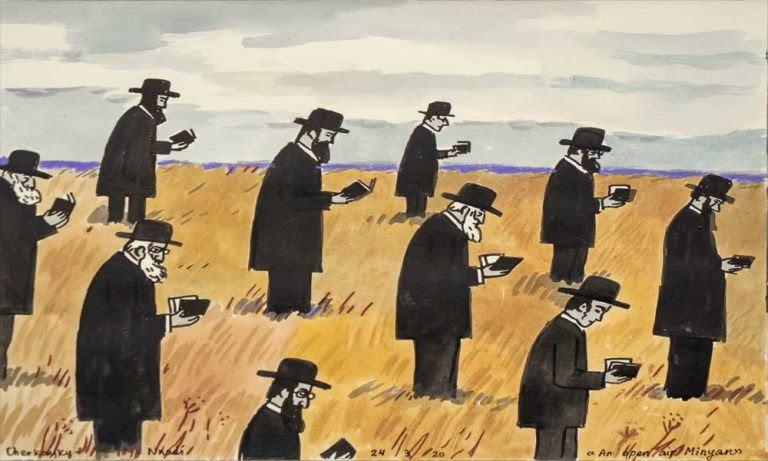 LOST TIME: PAINTING THROUGH THE PANDEMIC

Confined to her home studio outside Tel Aviv during the COVID-19 lockdown in Israel, Zoya Cherkassky began creating one painting a day. In April 2020, nineteen of those works, picturing the now-vanished world of Eastern European Jewish life before the Holocaust, were featured in an online virtual exhibition titled “Lost Time” created by the Fort Gansevoort gallery in New York. Cherkassky’s distinctive figurative style, somewhat reminiscent of folk or outsider art, aptly captured that bygone era. “These drawings,” Cherkassky said at the time, “are similar to the feeling we have right now, that the world will never be the same.” That statement is eerily pertinent today. Read more.