As we embark on a new year, we can find respite and renewal in the trove of rich and varied museum exhibitions and cultural happenings that are once again burgeoning in our cities. Amid the current deluge of literal and figurative storms, it is reassuring to find that creativity is thriving, offering both a refuge and an inspiration.

This triptych painting of the French ambassador’s residence in Washington, DC, by Simonida Perica Uth will be blown up to life-size and printed on canvas that will hang over scaffolding during an exterior renovation scheduled to begin in October. 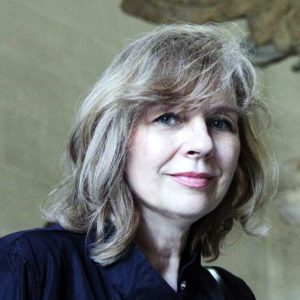 Simonida Perica Uth (a featured Moment Gallery artist) comes from a long line of artists and has had an enduring fascination with French culture, art and architecture. “I adore comparing architecture to the construction of the human body,” she has said. “They both give us a glimpse into the secret of what time truly is—the changes to the form, how it morphs and develops—and yet there is an exotic memory of the past, like visiting an ancient temple.” Moment Arts Editor Diane M. Bolz recently interviewed Uth about her latest project for the French Embassy. Read the interview. 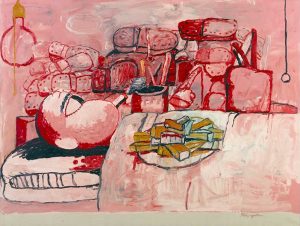 The Subversive Art of Philip Guston 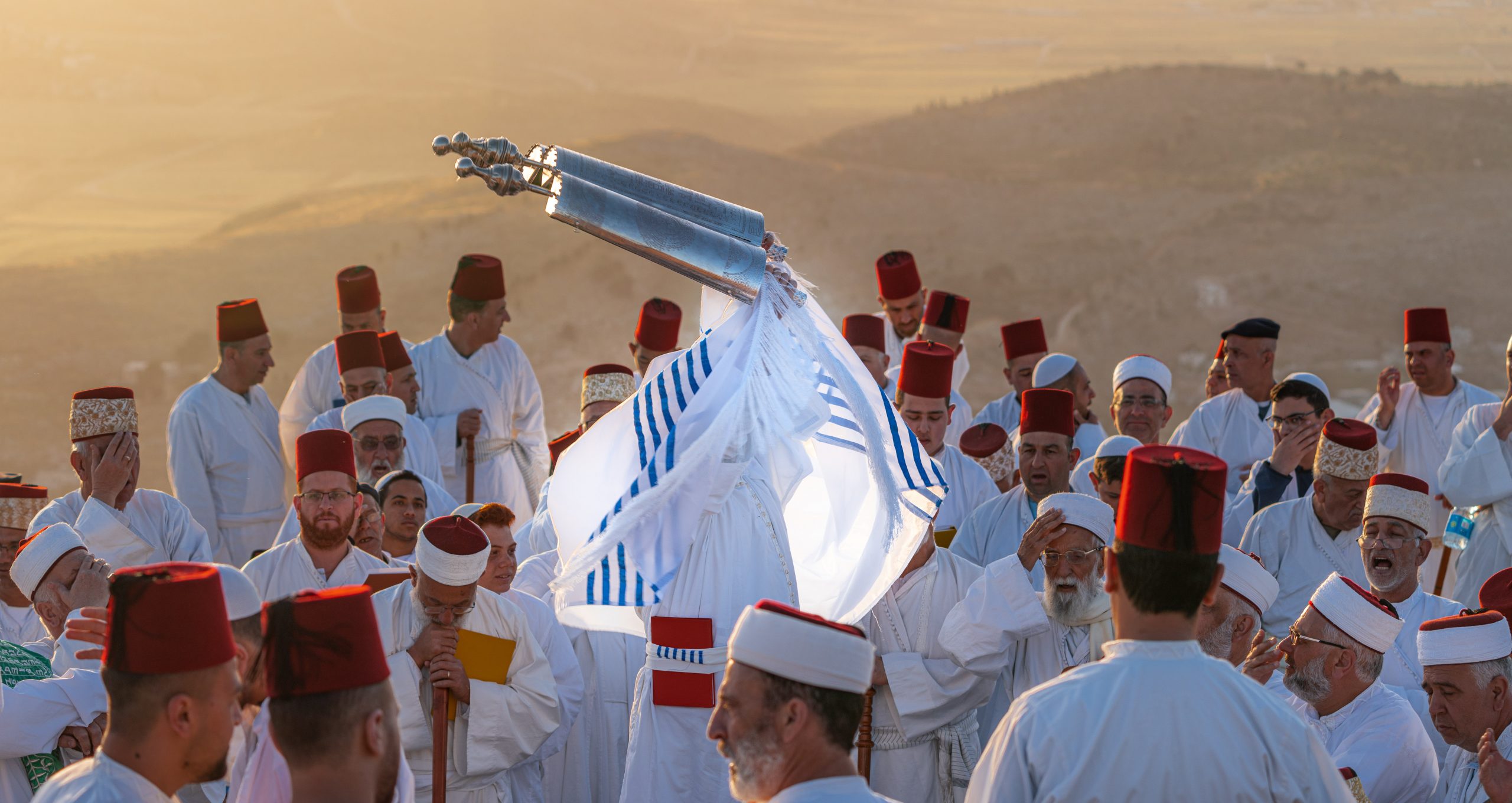 The Samaritans: A Biblical People
Through January 1, 2023
Museum of the Bible, Washington, DC

The name Samaritan is most often associated with two stories found in the New Testament: Jesus’s parable of the good Samaritan and the story of his encounter with the Samaritan woman at the well. But few know about the micro-community of 850 people living in modern Israel who trace their history back to the kingdom of ancient Israel. The exhibition, which was created in partnership with the Yeshiva University Center for Israel Studies, presents rare insight into the life, culture and history of the Samaritans. The show features unique videos, some of which are filmed in home settings and focus on the different life experiences of the Samaritans, from Passover sacrifices to weddings. Stories from the elders and a special sukkah help illustrate the Samaritan’s religious life. The exhibit has assembled, for the first time, the most important artifacts from museums and libraries around the world that illuminate this amazing history, including paintings, manuscripts, books, photography, ritual objects and archaeological discoveries from Greece, Italy and Israel. The community is one of the world’s oldest and smallest religious groups, and their songs are among the most ancient in the world. 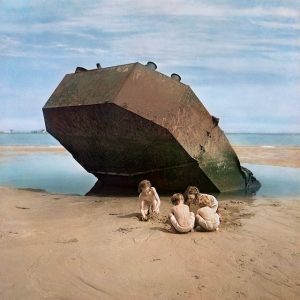 Exhibition showcases the work of the photojournalist Chim, who turned his lens on 20th-century European politics, social life and culture, from the beginnings of the antifascist struggle to the rebuilding of countries ravaged by World War II. Born Dawid Szymin in Warsaw in 1911, Chim published under the name David Seymour after World War II. A founder of the Magnum photo agency with Henri Cartier-Bresson, Robert Capa and George Rodger in 1947, the photographer focused on the struggle for workers’ rights, countries in transition and postwar resistance and survival. More than 50 photographs, many rarely seen, cover the post-war reconstruction of Europe, European elections, the effect of the war on children and the birth of the new State of Israel. The show is excerpted from “We Went Back: Photographs from Europe 1933-1956 by Chim,” organized by the International Center of Photography. 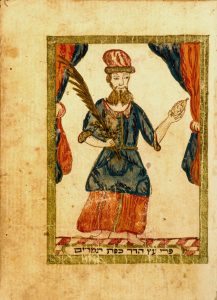 Credit: Image of a man holding an etrog from a Mahzor from Corfu, 1709; courtesy of The Jewish Theological Seminary

The Jews of Corfu: Between the Adriatic and the Ionian
Through November 23, 2022
The Jewish Theological Seminary of America, New York City (Joint exhibition with the Norman E. Alexander Library for Jewish Studies at Columbia University)

Journey back in time to visit the Ionian Sea island of Corfu to learn about the diverse Jewish communities who lived there. Now considered part of Greece, the island was under Venetian rule and closely affiliated with Italian Jewry from 1386 until the end of the 18th century. At that time it was also home to a community of Greek-speaking Byzantine Jews, Ladino-speaking Jews from the Iberian Peninsula who had settled there following the expulsion from Spain and Portugal, and Italian-speaking Jews from Apulia and Sicily. The exhibition draws from the collections of rare Hebrew manuscripts and printed books from the libraries of The Jewish Theological Seminary and Columbia University—two of the world’s largest repositories of rare materials from Corfu. Illustrated prayer books, historical community documents, celebratory poems and elaborately decorated ketubot track the fascinating history of the Jews of Corfu and the complex and often contentious relationship between the two main Jewish communities. 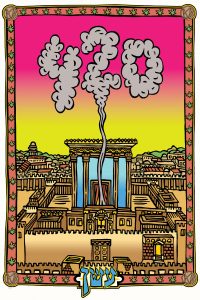 Am Yisrael High: The Story of Jews and Cannabis
Through December 2022
YIVO Institute for Jewish Research
Center for Jewish History, New York City

Exhibition features the engaging history and long relationship between Jews and cannabis. Cannabis has been used by Jews in religious rituals and for medicinal purposes from ancient times until the present. References to this plant appear in the Bible, the Talmud and numerous other Jewish texts. Many Jews have been involved in both the counterculture movement and the medical marijuana movement, both of which strove for legalization in different ways. Recently Jews have been at the forefront of scientific research and medical applications of cannabis. 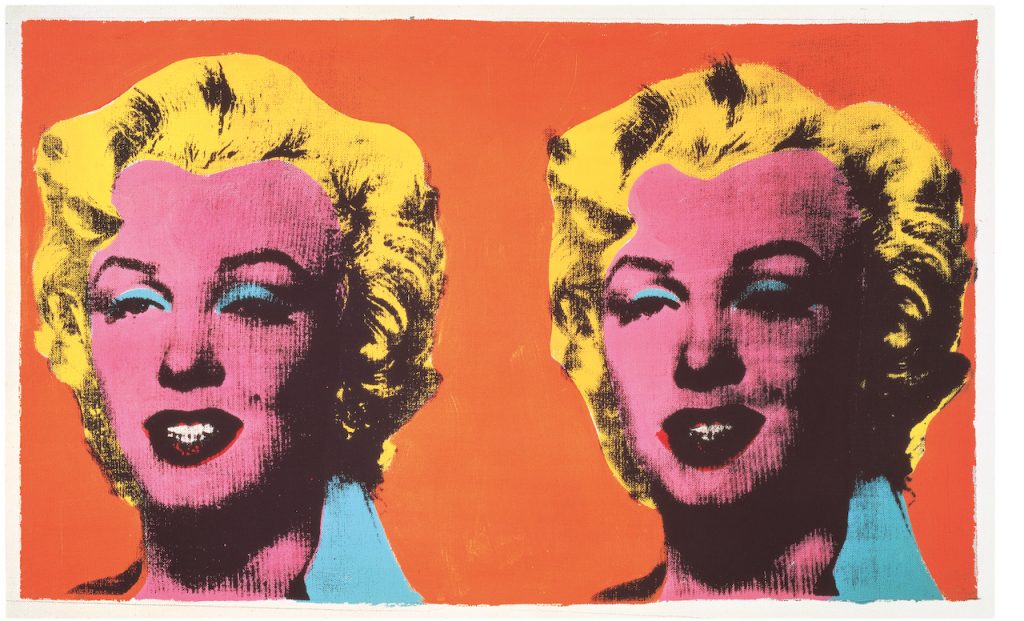 Featuring more than 150 works of art—all made or seen in New York between 1962-1964—the exhibition focuses on that pivotal three-year period in the history of art and culture in the city. Major events such as the Cuban Missile Crisis, the March on Washington for Jobs and Freedom and the assassination of President John F. Kennedy impacted the social and political fabric of the nation during this time. In addition, an expanding media network amplified conversations about race, class and gender. Amidst this milieu, a generation of New York-based painters, sculptors, dancers, filmmakers and poets rose to prominence, drawing on material from their urban environment and producing works that reflected the diversity and complexity of the city. The exhibition, which examines how these individuals responded to their rapidly changing world, presents works by such luminaries as Diane Arbus, Merce Cunningham, Jim Dine, Roy Lichtenstein, Louise Nevelson, James Rosenquist, Miriam Schapiro, George Segal and Andy Warhol. 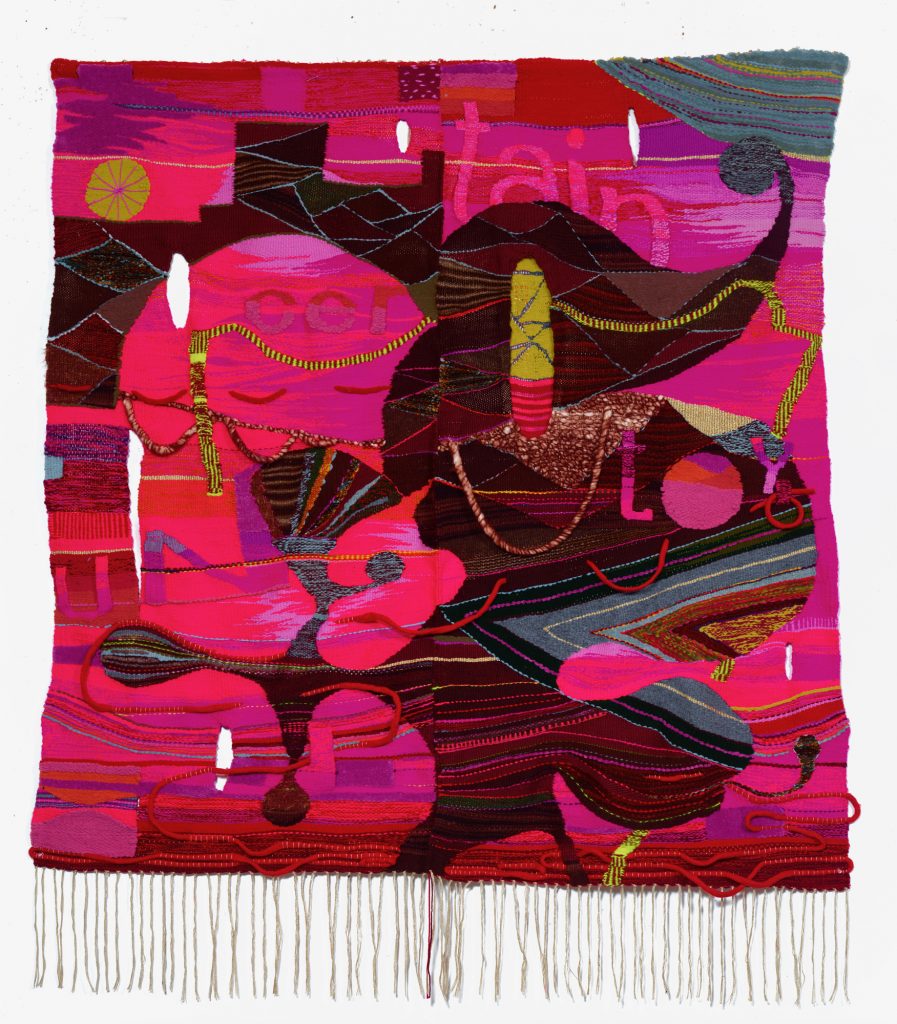 Tikkun: For the Cosmos, the Community, and Ourselves
Through January 8, 2023
Contemporary Jewish Museum of San Francisco

Works by 30 Bay Area-based contemporary artists reflect on the Jewish concept of tikkun (Hebrew for “to repair”) and contemplate the current fractured condition of our world. The exhibition re-examines the term tikkun as a phenomenon of care and interconnectedness grounded in personal action, environmental responsibility and  community. The works consider how the concept of tikkun can help guide us through change and build resilience for the ongoing work of repair. All artworks on view are for sale. Proceeds will benefit the artists and the CJM’s mission and exhibition programming. 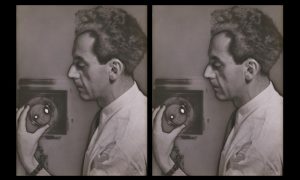 Born Emmanuel Radnitzky in Philadelphia, the artist spent the 1920s and 1930s in the French capital creating iconic photographs of the city’s international avant-garde. Read more. 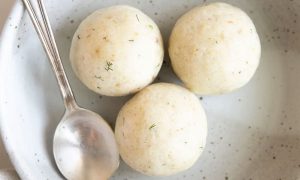 Across the Jewish community, attitudes have changed now that the physical and mental health benefits of cannabis are better understood. Read more.