I’ve been doing some tourism in South Carolina and…reading menus. There was one standout for content and history—Jewish history, no less. I spotted people queuing one night outside a seafood restaurant on Meeting Street, a main thoroughfare through Charleston. The next night I got there early. The restaurant certainly won’t, at first sight, attract observant Jews. But a box at the bottom right hand corner of the large menu caught my eye. I was intrigued. Immediately below the Pork Chops, fried or grilled with two sides, is a Glatt Kosher dinner menu! And 100 percent of the proceeds is donated directly to the Chabad. This is no ordinary menu–but rather a 128-year tale, spanning five generations of one family, who have been offering customer service in the same buildings ever since Wolf Maier Karesh, an immigrant from Eastern Europe, began trading at this location as Southern Wholesale in 1890—one of the first distributors of Union & Hayes Underwear in the Southeast.

In 1924, the second-generation owner changed the name to Hyman’s Wholesale Company trading in dry goods. It was not until 1986 when fourth-generation brothers—Eli and Aaron Hyman—changed the name to Hyman’s Seafood and Aaron’s Deli operating from the same premises as had their great-grandfather. Alongside shrimp, lobster, oysters, crab cakes, steamed mussels and fried calamari, there’s also more traditional Jewish fare: corned beef, pastrami, hot dogs and sauerkraut. Amazing what (Jewish) history can be discovered in a seafood restaurant situated a mere four blocks from the horrors of what took place during the mid-1800s in what is now the Old Slave Mart Museum. I never met fifth-generation partner Brad Gena (Aaron’s son-in-law), but Eli came over to my table to chat and tell me more about the incredible history of the family and its unbroken ties to the building. —Dina Gold, Senior Editor 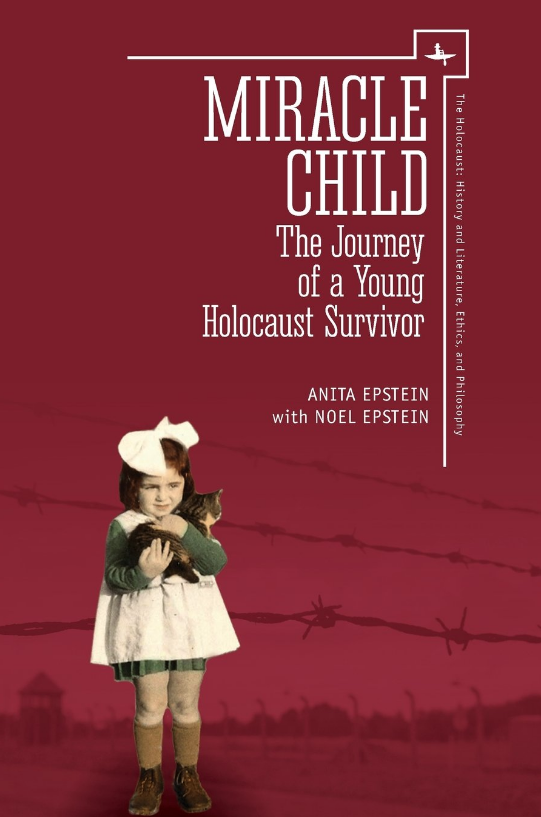 Miracle Child: The Journey of a Young Holocaust Survivor, by Anita (and Noel) Epstein

This week it was my pleasure to read a new published memoir, Miracle Child: The Journey of a Young Holocaust Survivor by Anita (and Noel) Epstein. As the book’s title gives away, Anita was born in a Krakow ghetto in 1942, just three years after Hitler invaded Poland. She didn’t even have a birth certificate, as it would have sealed her fate. Separated as a baby from her mother and father in order to survive, her parents gave her to a brave Catholic family to raise as their own child. Miraculously her mother survived four death camps and was able to find her after the war. Anita writes about the difficulty her family experienced after the war such as discrimination and continued anti-Semitism living with their former persecutors. In 1949 the family finally immigrates to America through Ellis Island as part of Truman’s Displaced Person Commission helping to approve 200,000 refugee visas. Fun fact: In 1957 as a teen Anita auditioned twice for the film role of Anne Frank. In Brooklyn at a movie theater with friends in 1961, Anita met her husband, Noel Epstein. In 1963 they married; unfortunate timing, as it was the day after Kennedy was assassinated. Anita says their honeymoon that followed in Bermuda was “a curious combination of the glorious and the gloomy. It was also a reminder how everything can be taken from you in an instant,” one of the constant fears rooted in her Holocaust history. Published by Academic Studies Press, this book is more than a great historical memoir; it’s a great testimony to love, courage and strength. Anita’s husband, Noel Epstein, helped her write this book over the course of many years. He is a 40-year career journalist, including being the former Education Editor of The Washington Post, and has written for the Wall Street Journal and is the author of several books. —Johnna Raskin, Event Manager 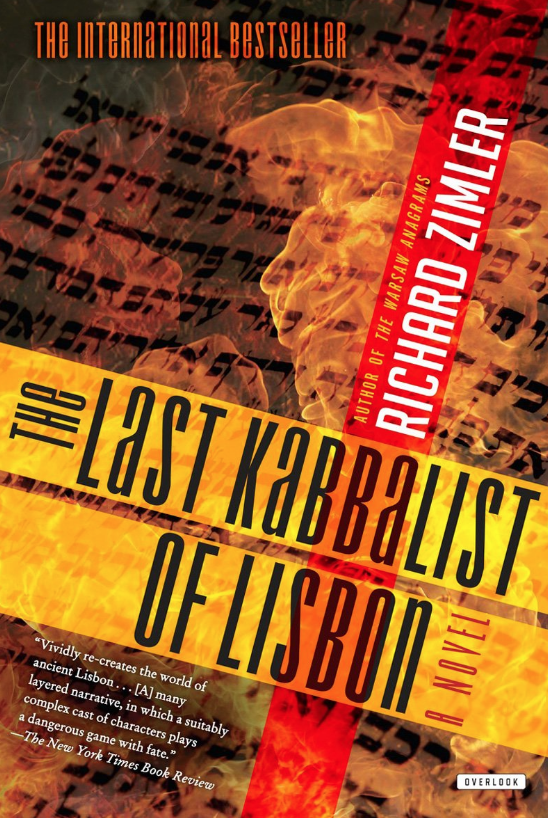 The Last Kabbalist of Lisbon, by Richard Zimler

Richard Zimler’s The Last Kabbalist of Lisbon is an indispensable companion for a Jewish tour of Portugal and Spain—whether a live one, which we just completed, or a virtual one. The Last Kabbalist is a superbly crafted murder mystery embedded in a fictionalized account of the 1506 massacre of Portuguese “New Christians”—Jews forced to convert and living Jewish lives in secret. In fact, we walked on the disorienting waving pavement stones of the same Rossio Square in the heart of Lisbon where the massacre occurred. As Zimler tells it, this is the manuscript—a contemporary account of the events of 1506—of a once-young fruit seller/budding kabbalist, Berekiah Zarco, which the author finds hidden in a basement floor during the renovation of a home where he is staying in Istanbul in 1990. In addition to the propulsive energy of the search for the murderer of Zarco’s uncle—a great kabbalist, Zimler recreates the fraught lives of Portuguese Jews of the late 15th and early 16th centuries—the fear, the moral compromises, the duplicity, courage and modes of survival—in short, the Jewish souls that lived and perished there. The Last Kabbalist is one of four companion novels in which Zimler tells the story of several generations of Zarco’s family. For more on Zimler read Moment‘s 2015 in-depth profile. —George E. Johnson, Senior Editor