He is kind, thoughtful, and laughs easily. Parents love him—he asks for the recipe after eating my dad’s chicken, he is there for IT support if my mom accidentally deletes a voicemail. He leaves messages for me on Post-Its on my fridge after each visit.

I am anxious, short-tempered, and moody. I show him I’ll miss him by asking him several times if he’s remembered to pack his allergy meds.

He is Indian, I am Chinese with a Jewish father. We argue over whose house has the best cuisine, and have agreed that it’s a tie: his mom’s goat curry, my mom’s mapo tofu, my dad’s sweet potato latkes.

We have been close friends for nine years, since high school, and the pandemic brought us closer. In August 2020, we were both in a bad place mentally after months of quarantine. He was in Maryland, taking care of his grandpa and mom who were immunocompromised, and I was in New York, recently laid off. We texted and talked so often that it felt like he was there next to me, sitting in my hot Brooklyn apartment with three fans blowing and deafening fireworks every night. I should have realized much sooner that I loved him. 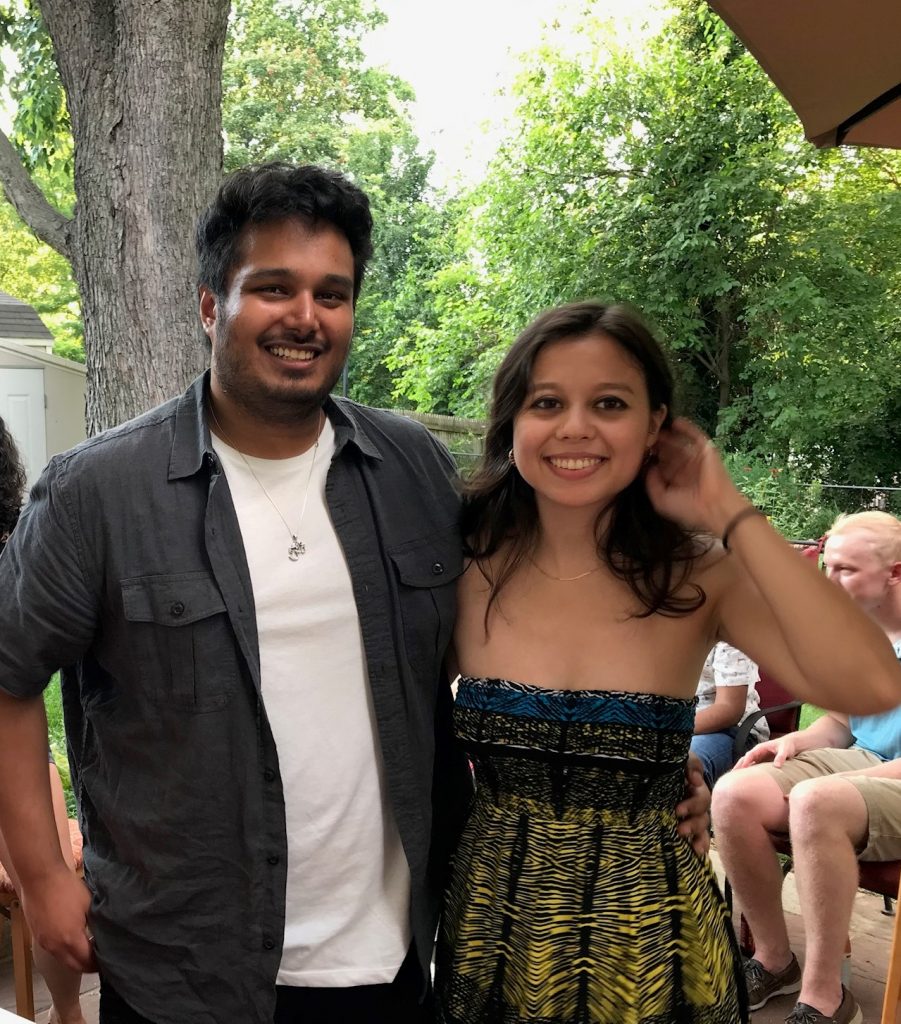 Still, it took me three hours to say yes after he asked me out last September. We sat drinking coffee out on the balcony of my brother’s apartment and he waited patiently, easing each of my concerns as I listed every possible thing that could go wrong. He likes to show me his scars from the dozens of mosquitos that bit his ankles while I argued with myself.

After that, things moved fast. I went back to New York and he came to visit a week later. It was here, in the apartment not-so-affectionately dubbed the Roach Motel, that we said I love you and in our heads quietly planned a future together. We sat on the fire escape and ate cheesesteaks in silence while looking at a view of mismatched brownstones and patches of grass. We slow danced to a song that doesn’t really have the type of rhythm you can slow dance to. We cooked cilantro rice and sausages and watched a reality TV show about a barbeque competition and thought to ourselves, I have never been this happy.

Sophie Mindes and her beshert, Vivek Sen, both grew up in Rockville, Maryland. Sophie is a nonprofit grant writer living in Brooklyn, and Vivek is a software engineer in Maryland. They love good food, bad TV, and hope to move in together soon so they can adopt a pit bull named Meatball. You can read more of Sophie’s writing here.