Virginia-based freelance photographer Lloyd Wolf was on the plaza outside the main entrance of the United States Capitol on Wednesday afternoon January 6 taking pictures when Trump supporters descended on the building. Wolf has documented many previous demonstrations, starting in 1973 in Washington, DC with Nixon’s second “counter-inaugural.”

The experience on Wednesday, he says, was particularly disorienting and left him shaken and sad. He characterized the scene as treasonous madness—a protest and crazy circus that evolved into a “mob-ment.” He wasn’t personally harassed, aside from some mild verbal abuse, but other journalists, he learned, were attacked.  He noted the numerous signs and symbols of white power and far-right militias and conspiracy theories visible on banners and clothing. Confederate flags and religious symbols were on display, as was ample evidence of QAnon conspiracy theorists.

“There was a lot of Jesus imagery and QAnon symbols,” he says, “but primarily it was Trump stuff. People were shouting, ‘We’re for Trump. We’re for Trump. We’re the Party of Trump!’ Once the mob gained the steps of the Capitol, they got very ecstatic.  They got high on it. They were both angry and euphoric, feeling their own power.”

Wolf was reminded of stories of his father’s youth in Frankfurt, Germany, in the 1930s, and the Nazi rallies his father witnessed. “It was a similar kind of frenzy,” he says.

What follows is a sampling of the photographs he took to document the day. 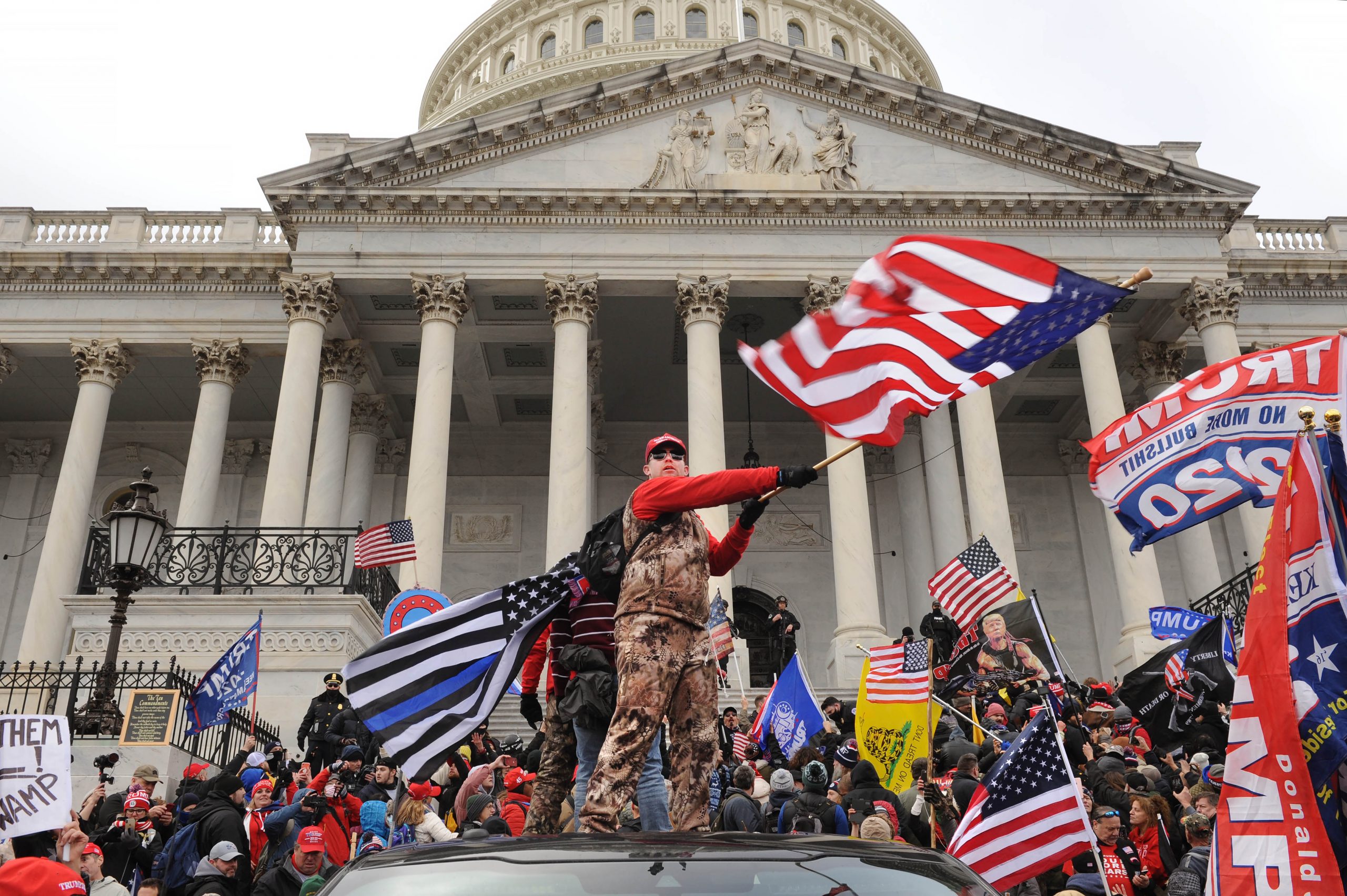 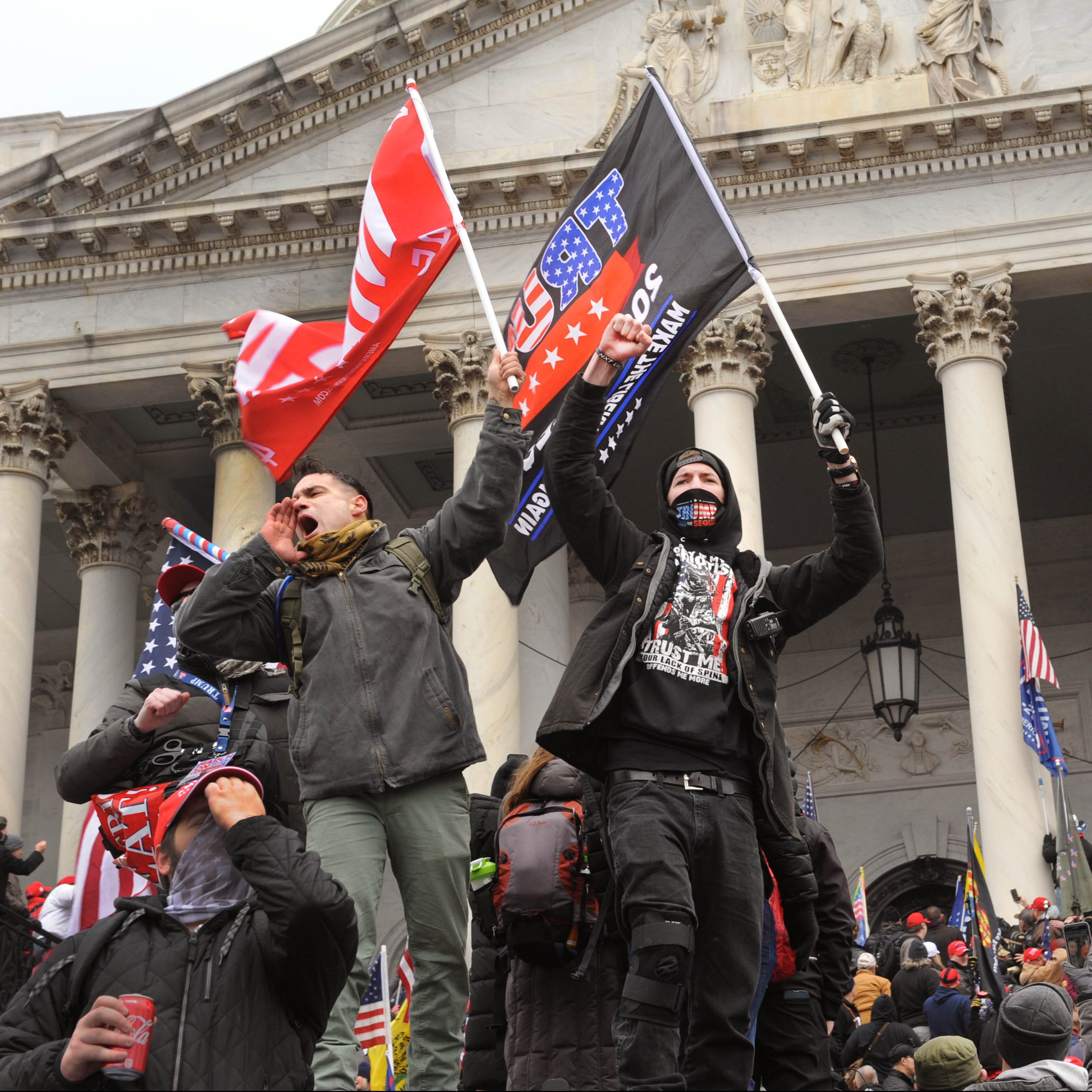 Two men waving flags on Capitol steps as others approach top of steps. 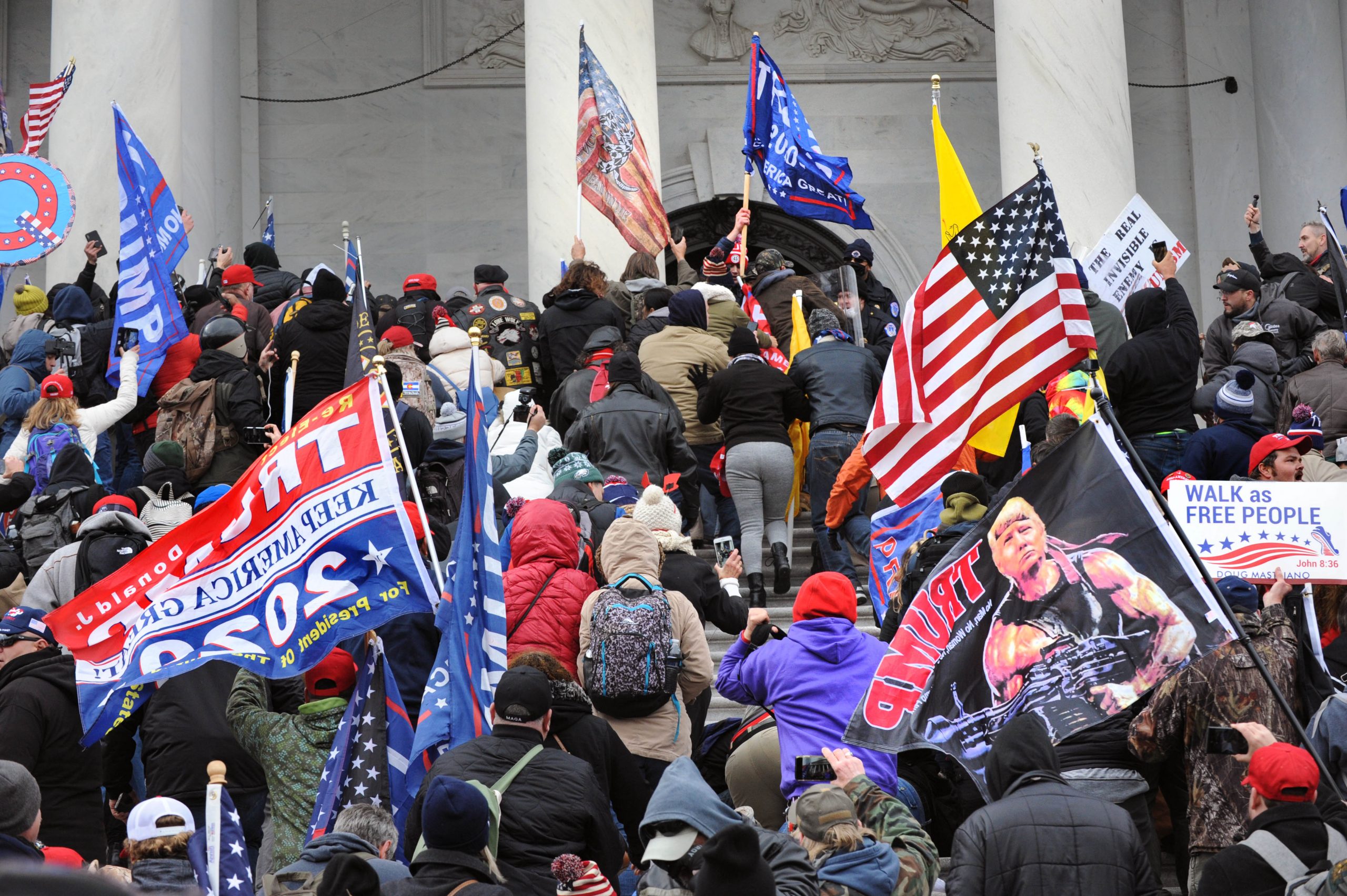 Crowd getting to top of Capitol steps. Policeman with shield at top of steps. 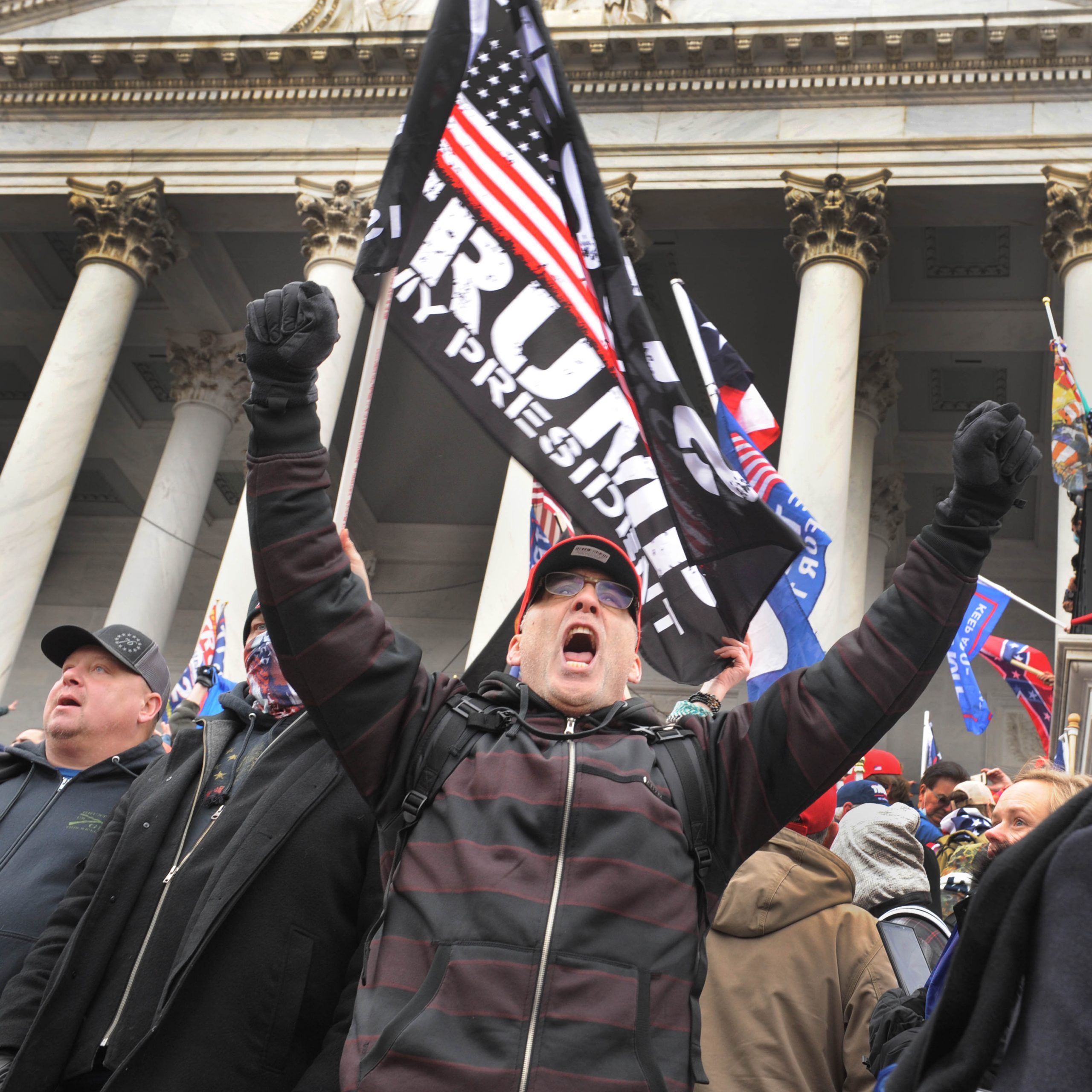 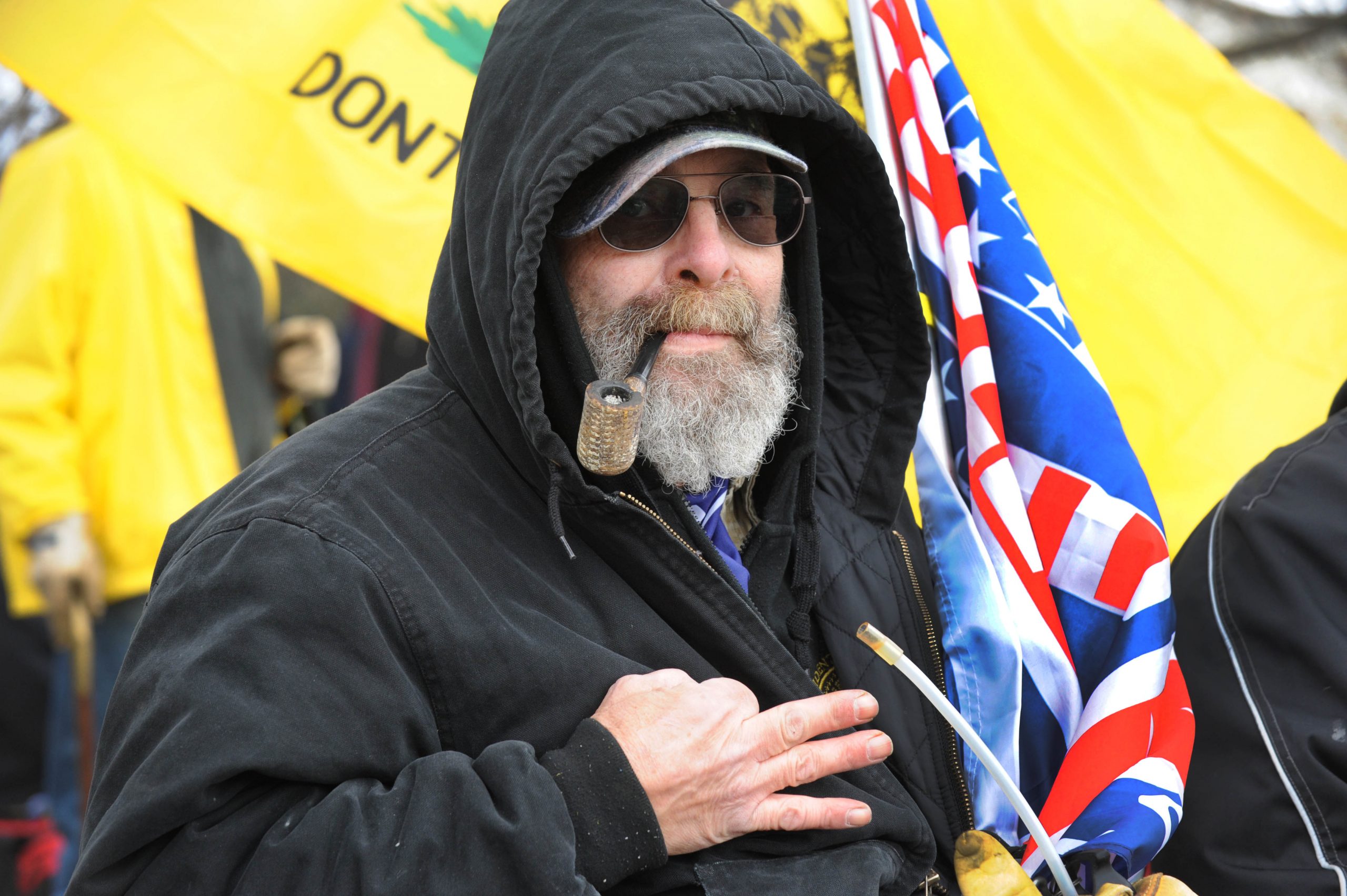 Man smoking pipe. Hand signal identifies him as a white nationalist. “Don’t Tread on Me” flag, which has been used by the Tea Party and militia movements, is partially visible. 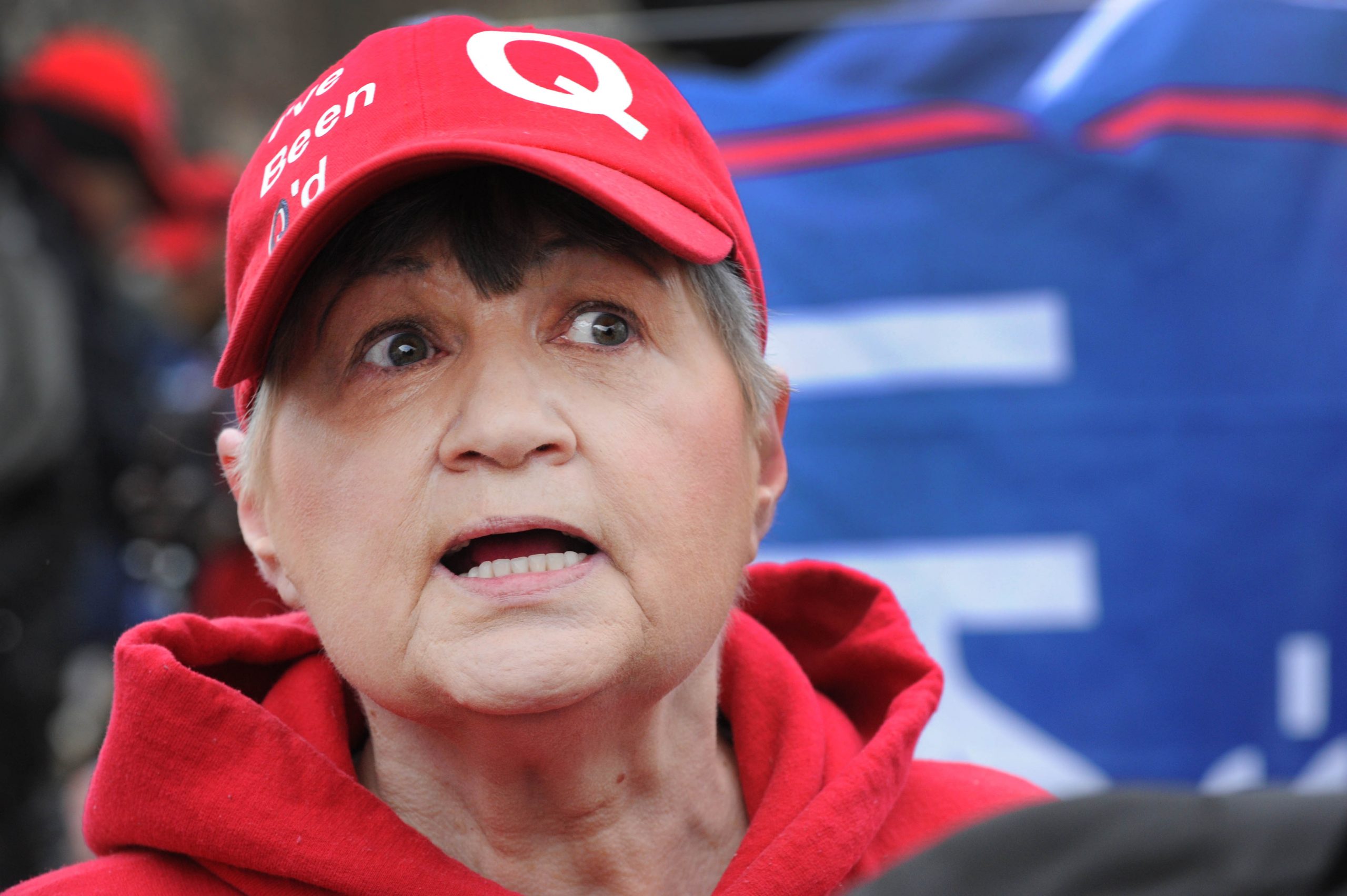 Woman wearing a hat with declaration “I’ve been Q’d,” referring to the far-right conspiracy theory QAnon. 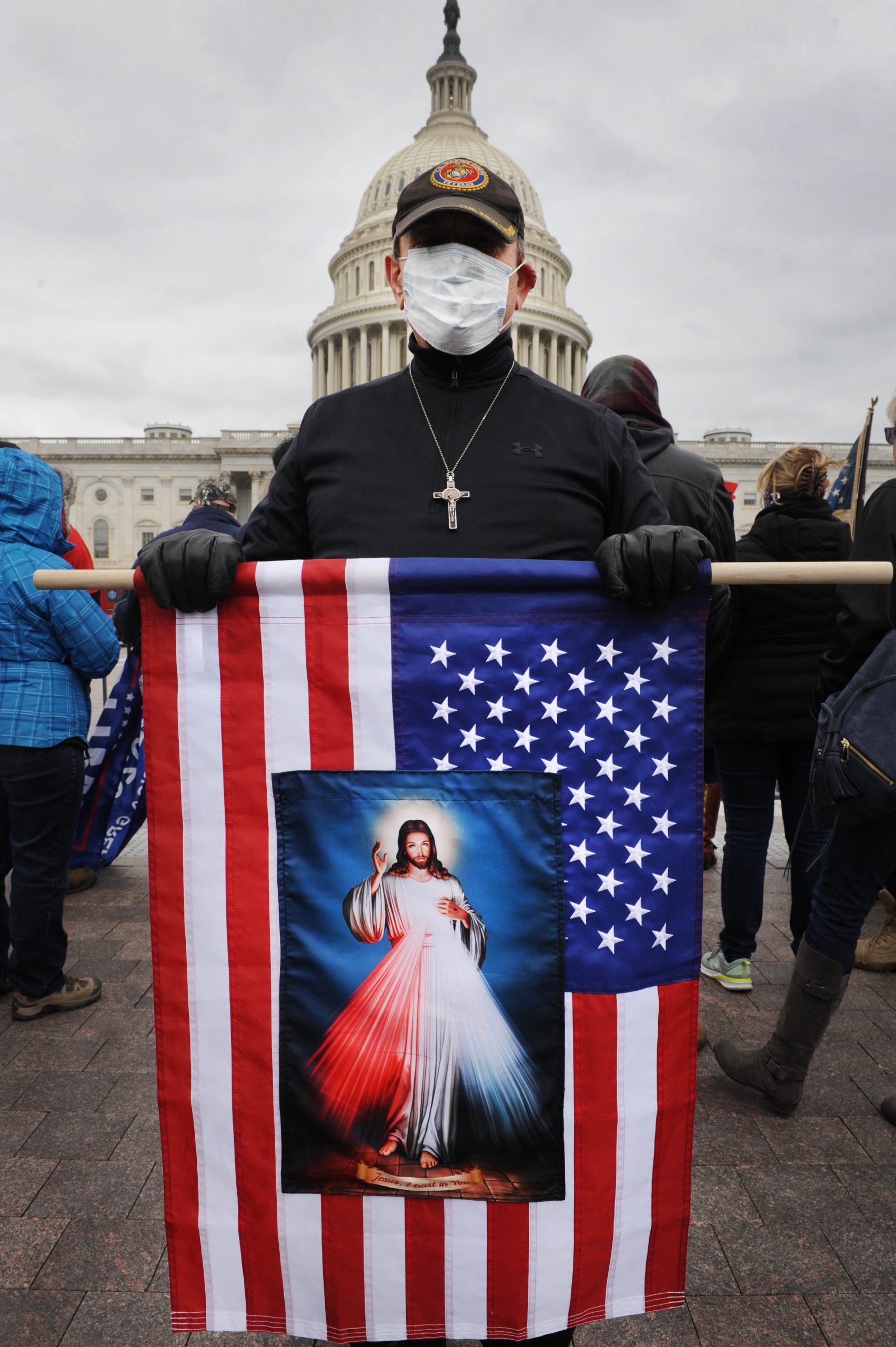 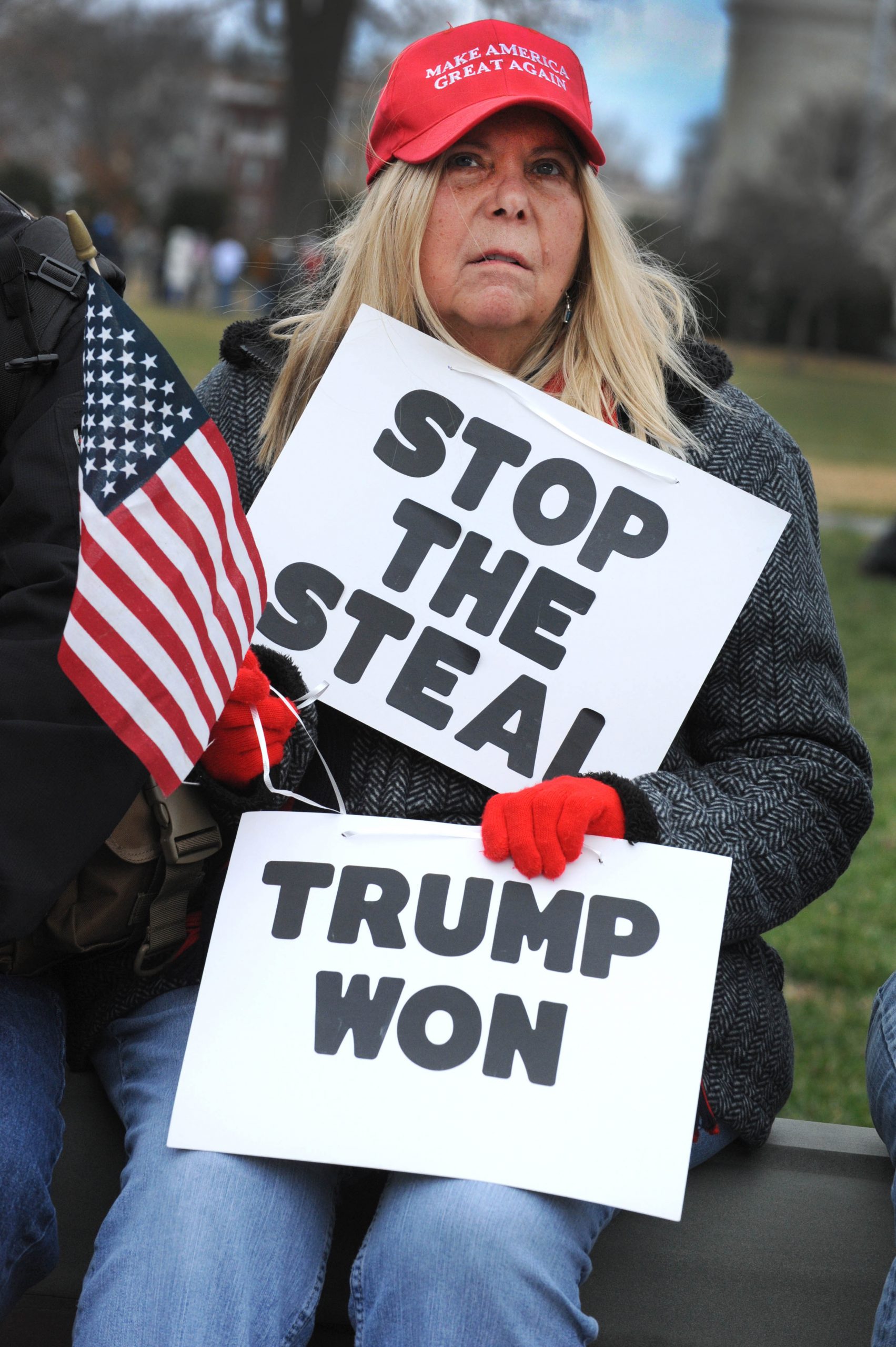 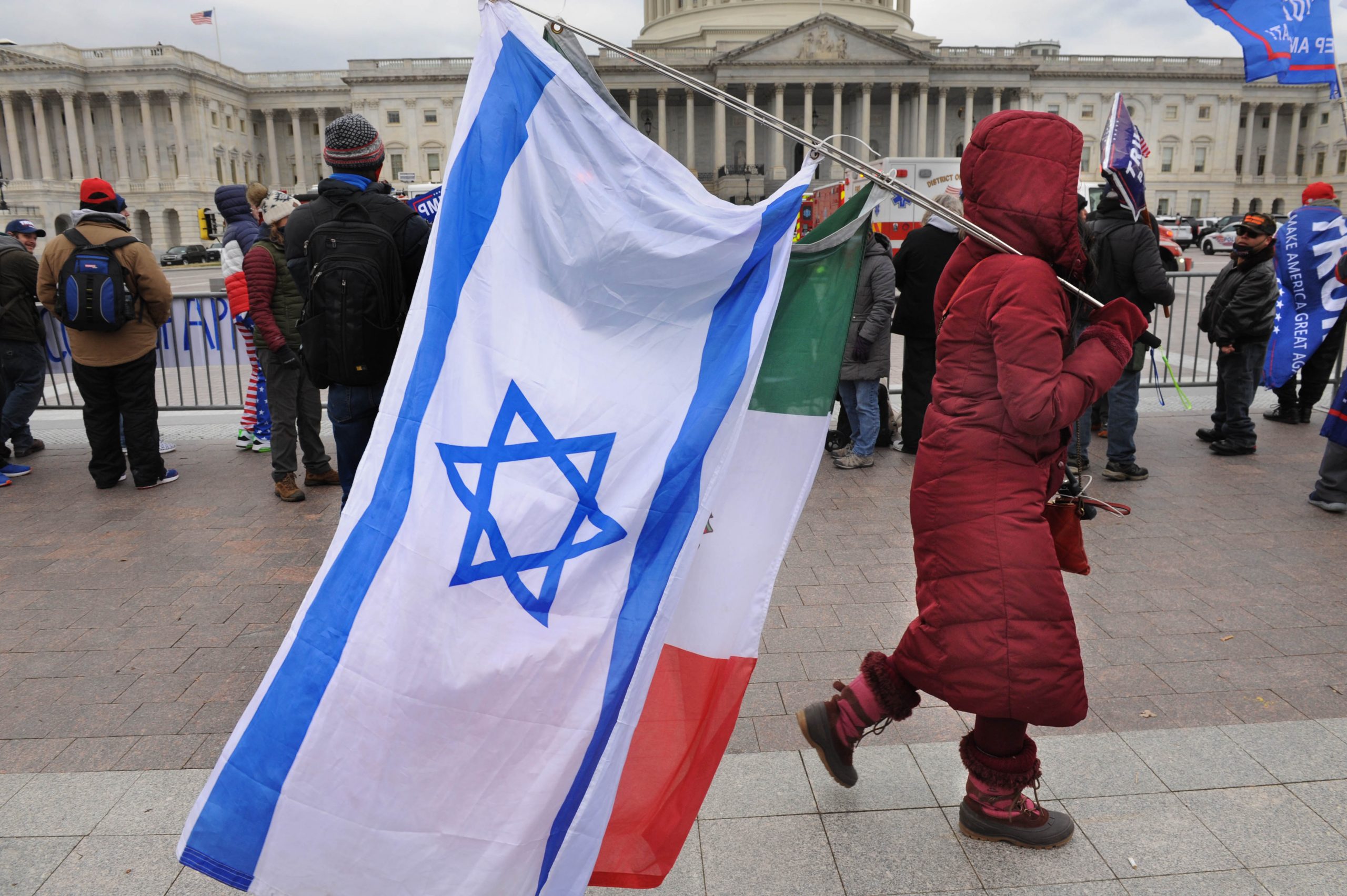 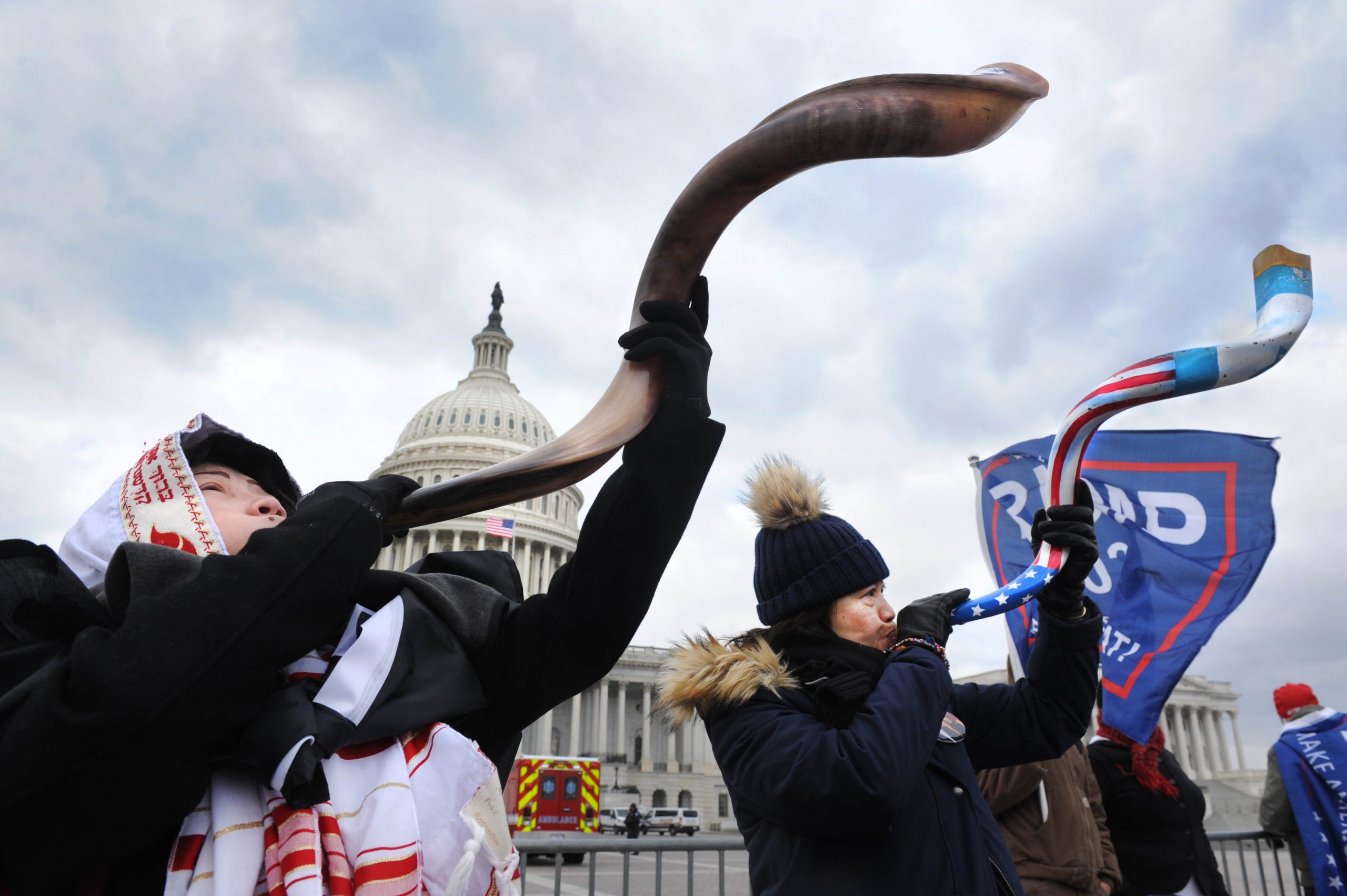 Two Asian Messianic women blowing shofars against the background of the U.S. Capitol. 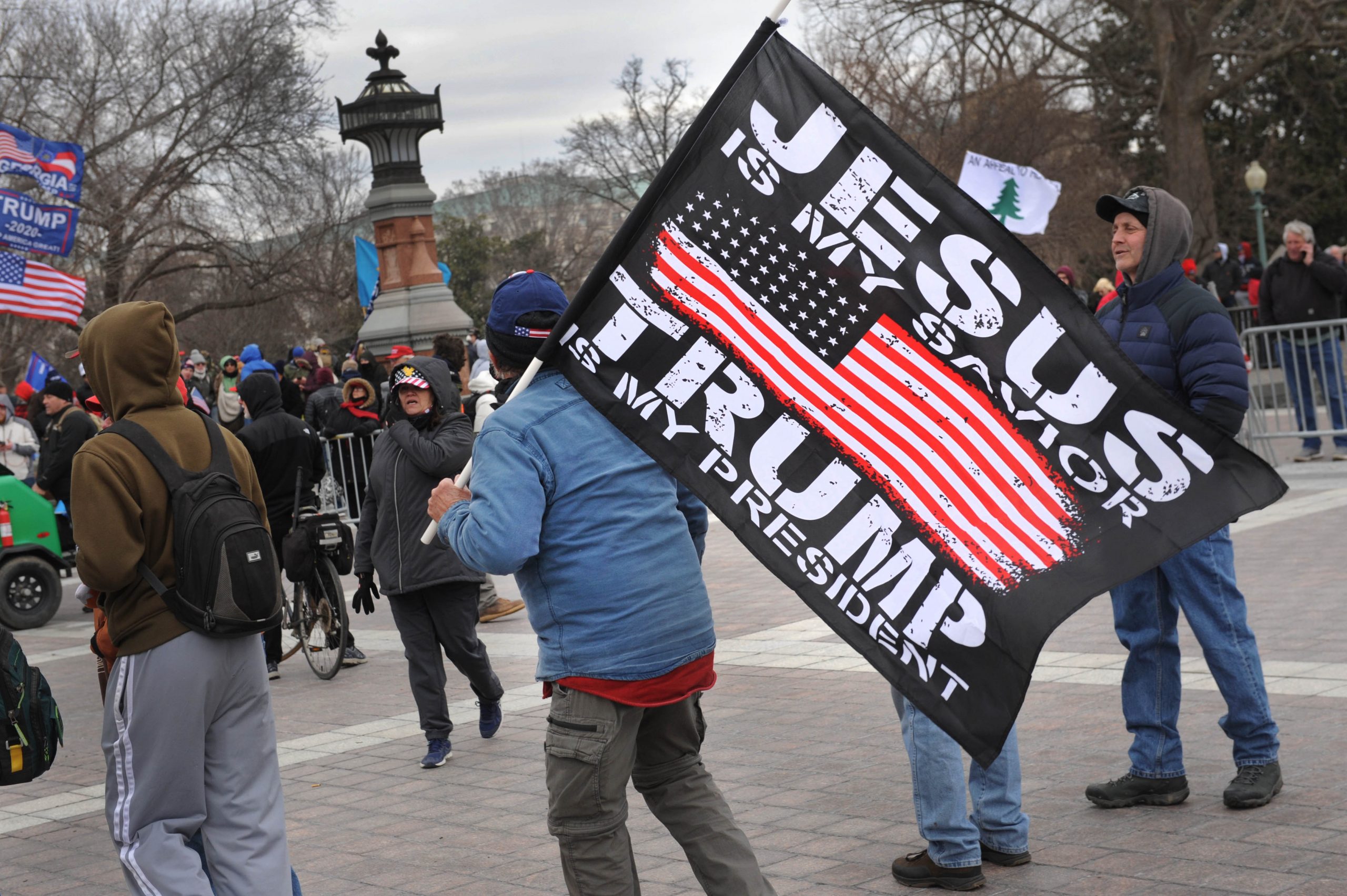 Man carrying flag bearing the slogan “Jesus is My Savior…Trump is My President” on the plaza outside the main entrance to the U.S. Capitol. 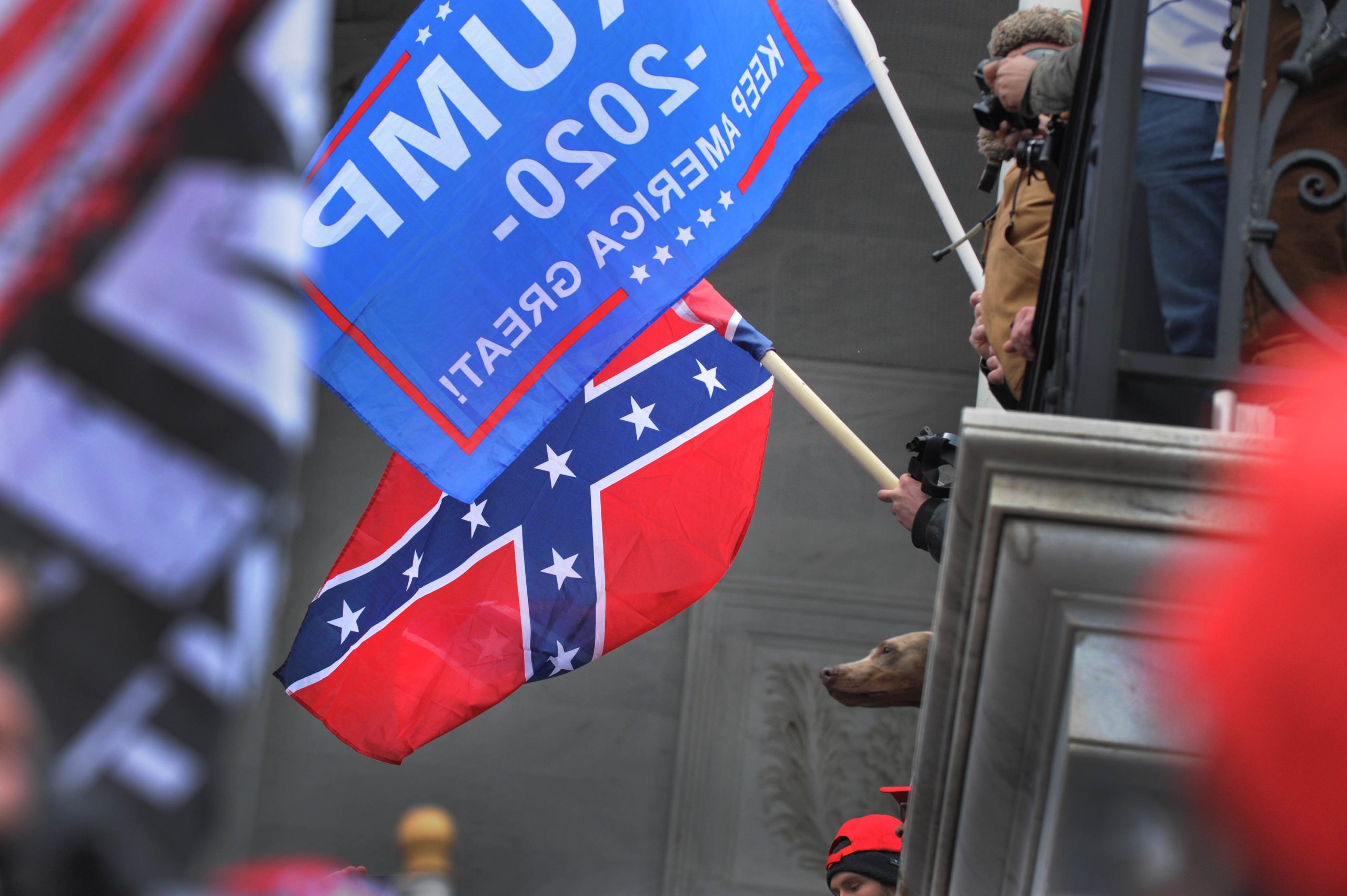 Confederate flag and Trump banner unfurled over the Capitol steps. 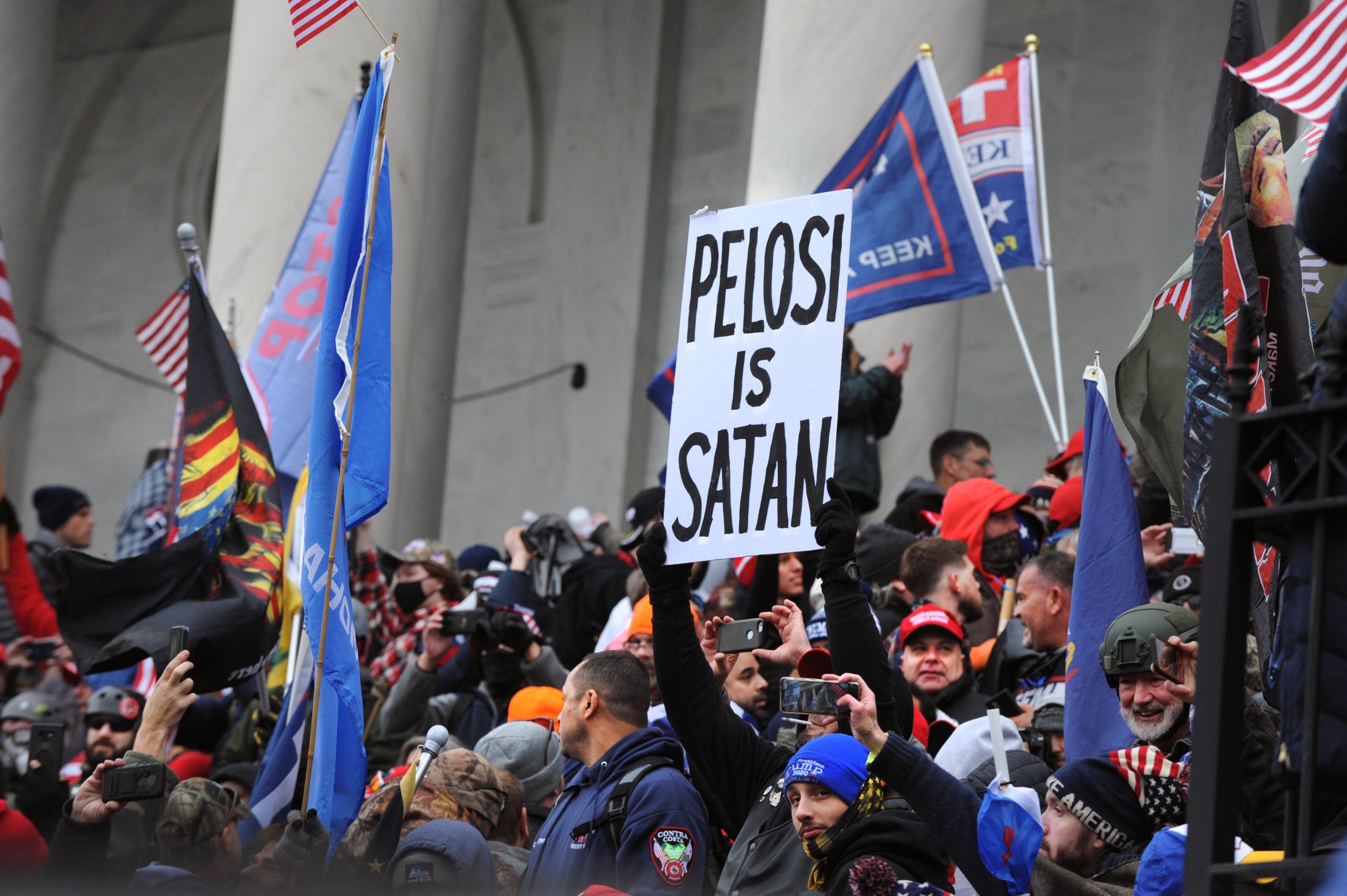 END_OF_DOCUMENT_TOKEN_TO_BE_REPLACED

What to Do About Antisemitism & Racism with Eric K. Ward

This event is a tribute to the memory of the Reverend Dr. Martin Luther King, Jr., whose work inspired Ward in his lifelong pursuit of Civil Rights, hosted by Moment Magazine with the support of the Joyce and Irving Goldman Family Foundation.

END_OF_DOCUMENT_TOKEN_TO_BE_REPLACED

Watching the Capitol Insurrection from Israel

Even the MAGA Israelis, accustomed to trashing Nancy Pelosi and deriding Chuck Schumer, now faced a Mike Pence and a Mitch McConnell decisively dashing all hope for a coup d’etat.