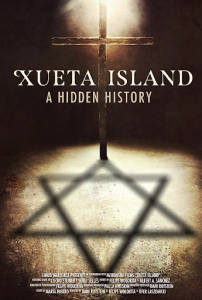 Dani Rotstein moved to the Spanish island of Majorca in 2014 to take a job as a producer of TV commercials. “I was 100 percent certain that I was not going to meet other Jewish people living in Majorca,” he says. But he was astounded to find a synagogue with Jews from around the world—and even more surprised to find a community of Xuetas (pronounced “Chuetas”): “people who are Catholic from here, from Majorca, that can trace their family roots back to medieval Jews.”

Beautifully shot, Xueta Island is both a riveting portrayal of Rotstein’s quest to unearth and document Majorca’s rich, and tragic, Jewish history and an inspirational glimpse into attempts to revive Jewish life on the island. It also offers insight into how European antisemitism has flourished for centuries.

Majorca, one of the largest islands in the Mediterranean, is a well-known tourism hot spot, enticing crowds seeking sun and sangria. But how many people are aware that there were Jews in Majorca from as early as 400 AD, or how appallingly they were treated over the centuries?

In 1391, prompted by the Catholic church’s promotion of antisemitic attacks across Spain and Portugal’s Iberian Peninsula, 300 people were murdered in the Jewish quarter of Palma (Majorca’s capital). Many survivors either converted or emigrated. But in 1435, rumors began circulating of an impending annihilation of the Jewish population, prompting mass conversion, turning the community into crypto Jews (otherwise known as conversos or “new Christians”). When the Inquisition arrived in Majorca in 1488 (four years prior to its launch on the Spanish mainland), there were no Jews left; they had all converted. That did not, however, put an end to the discrimination and torture. In 1691, horrific auto-da-fé (“act of faith”) rituals were held. Thirty-seven crypto Jews, accused of continuing to practice Judaism in secret, were burnt at the stake in front of large crowds.

Today there are about 20,000 Xuetas, the direct descendants of those medieval Jews forced to adopt Catholicism. They constitute a tight-knit community, intermarrying within the 15 extended families identifiable by their surnames. Despite being Catholic, they have endured centuries of stigmatization and segregation from mainstream Majorcan society, which endures to some degree to the present. This history has led many of them to question how far to embrace their Jewish ancestors’ legacy, whether to adopt Jewish rituals and practice, and how best to deal with ongoing prejudice.

There are many poignant personal stories in Xueta Island, such as that of Mihael Bar Haim (Miquel Segura Aguiló), a jeweler in Sa Pobla, a farming community in northern Majorca, who speaks of the “600-year-old history full of marginalization, executions, blood.” Despite being a Catholic, everyone considers him a Jew. Wanting a proper identity, he says, “I’m a Jew without papers; I want papers.” After studying Torah and Judaism, in 2009 he flew to New York where, post-mikvah, he was welcomed by Rabbi Marc Angel, who gave him a certificate pronouncing him a Jew. A Xueta via his maternal line, he had no need to go through a conversion program. “The marginalization that we suffered from the end of the 17th century is our true Jewish ID card,” he says. 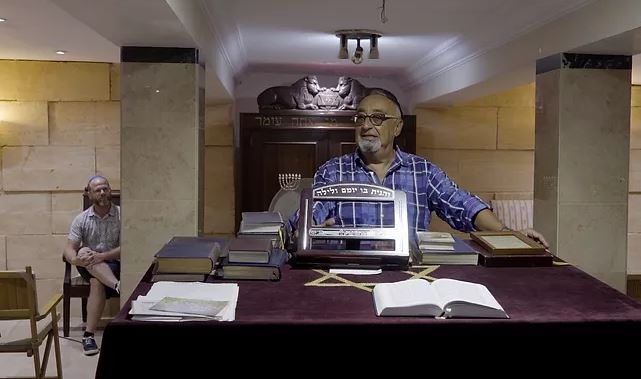 Rotstein also finds an abundance of physical signs that vividly illustrate the enduring legacy of medieval Jewish life. In Palma’s Jewish quarter, there are street names such as “Carrer de Monti-Sion” and “Carrer de la Sinagoga Vella,” while in the town of Inca, which lies in the center of the island at the foot of the Serra de Tramuntana mountain range, architect Robert López has uncovered what is believed to be the remnants of a mikvah in his house.

But it is not only material remains that point to a once-thriving Jewish existence. There are customs, too. Toni Pinya’s (Pinchas ben Abraham) mother surprised him and his siblings when she gave them each a “Star of Solomon” and told them, “Don’t forget that you are Jews.” When Pinya’s grandmother learned he wanted to study cookery she gave him a special knife, telling him, “This present was made by your great grandfather; now it’s yours. But please use it only for killing animals.” As a little boy, he had watched her slaughter animals and observed how “she prayed in a very particular way, almost whispering, very hard to hear.” But at the time, he had no idea that these customs were related to Jewish tradition. 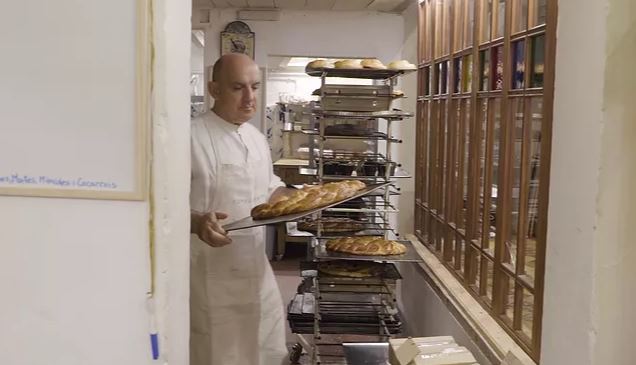 To this day, the island’s gastronomy is infused with Jewish history. In order to save their lives during the Inquisition, Jewish converts were forced to change their diet—but traces of their traditions survive. Tomeu Arbona, a baker, says one example of how Xuetas preserved Jewish cuisine was in the form of “ensaimada,” a round plaited bread resembling challah. Intriguingly, one theory about the origin of the term “Xueta” is that it is derived from the word “xulla” (pork fat—part of the pork belly from which lard is made) which was deliberately added to the dough. When carried to the public ovens for baking, the bread mix was checked for ingredients. As no Jew would have added pork fat to food, adding lard to the ensaimada denoted that a person could not be Jewish.

Rotstein wanted to make Xueta Island in order to “really get to know what a lot of our protagonists were thinking, where they came from, where they want to go,” he explained in a post-screening discussion at the Miami Jewish Film Festival last month. 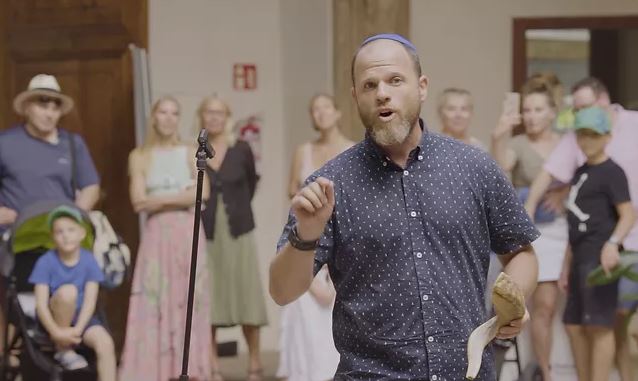 He seems to be having some degree of success. Rotstein now plays a leading role in the revival of Jewish culture, religion and community on the island. “I want to raise my son in a Jewish environment with Jewish friends here in Majorca,” he says, “But we need to create that.” Rotstein and his wife are the founders of Limud Mallorca, which hosts Jewish educational events (“Limud” is the Spanish way of spelling the English “Limmud”). He is a secretary of the Jewish Community of the Balearic Islands and established Jewish Majorca, an educational company offering tours to Jewish heritage sites around the island. He also helps run Palma synagogue’s open house, where anyone can learn about the history of Jewish life on Majorca. Rotstein and his wife host Shabbat dinners, including among their guests Xuetas in the process of conversion.

Last June, Rav Nissan Ben-Avraham (Nicolau Aguiló), who was born in Palma, was hired as a part-time minister to the island’s Jews. Under the auspices of Israel’s Chief Rabbinate he had formally converted to Judaism in 1978; he received rabbinical ordination in 1991. There are only two rabbis in the world of Xueta descent, and Ben-Avraham’s appointment makes him the community’s first rabbi born in Majorca since the Inquisition.