In the early 20th century, ten million people around the world spoke Yiddish. But although that number now stands at barely one million, Yiddish is far from a dying language. A new generation has taken up the banner and found creative ways to make Yiddish relevant, injecting the language into concerts, lectures, poetry, theater and podcasts. They are academics and artists, storytellers and modern Yiddishists—and from New York to Japan, they are deconstructing stereotypes and redefining what it means to be a Yiddish speaker today. 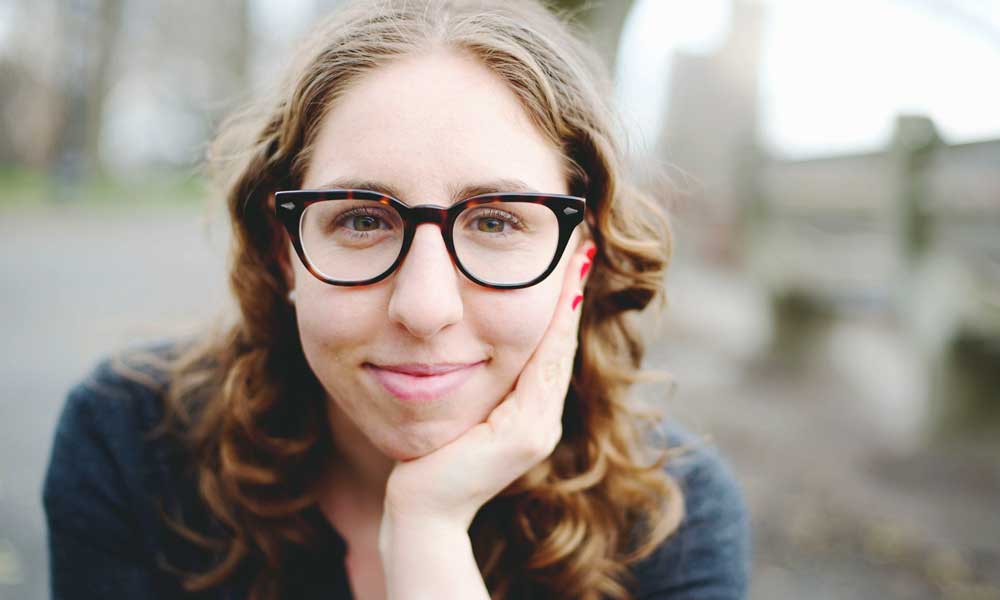 The podcast “Vaybertaytsh” covers everything from Israel’s African refugee crisis to fair trade fashion to the Dakota Access Pipeline protests—but you need to know Yiddish to follow along. Described as the “first feminist Yiddish podcast,” “Vaybertaytsh” is intended to “encourage American Jews to engage more in diaspora cultures” and “highlight the voices of women and queer people,” says creator Sandra Fox. Now in the middle of its second season, the podcast has 6,000 monthly listeners from more than 20 countries.

Fox, 29, was not always a Yiddish evangelist. But five years ago, as a graduate student in Hebrew and Judaic studies at New York University, she visited the Yiddish Farm—an intensive language immersion program—in upstate New York. At the time, she saw the farm as a fun way to prepare for her upcoming language exams. “I didn’t think I’d fall in love with Yiddish—or that I’d go very far with it.”

But she found she loved the language and quickly switched her focus from Israeli history to American Jewish history and Yiddish. As she began her research, she discovered a serious lack of female voices in Yiddish film and music. When women were depicted in Yiddish media, they were often portrayed in narrow, one-dimensional terms. The problem goes back to the early 1900s, when male writers worried that Yiddish was considered feminine—something to be used for conversation around the kitchen, not for writing great literature, Fox says. “Yiddish male writers had to fight for their legitimacy and often would write in Hebrew and Russian as well to prove their seriousness.”

Fox hopes to flip that narrative; she uses her podcast to amplify the voices of women and queer folk in the modern Yiddish-speaking world. Her interviews focus on her subjects’ lives as much as their work. “I don’t want to just talk about this play; I don’t want to talk about this thing that you did,” she says. “I like to get the full story out and look at things from a wider lens.”

Fox believes that Yiddish language and culture are perfect for Jews looking to connect with their identity in new ways. Her love of Yiddish began at a time when she felt conflicted about her relationship to Israel, which she says is a common theme for some in the modern Yiddish world. Others turn to Yiddish during their conversion to Judaism, while some find it as they transition to a less religious lifestyle. “Jewish institutions, particularly those that work with youth, present such narrow visions of how to affiliate and behave as Jews,” says Fox. “So, learn some Yiddish, Ladino or Judeo-Arabic. Sing the songs, read the books—and immerse yourself in the wide ocean of Jewishness.”

A Yiddish Maven in Japan 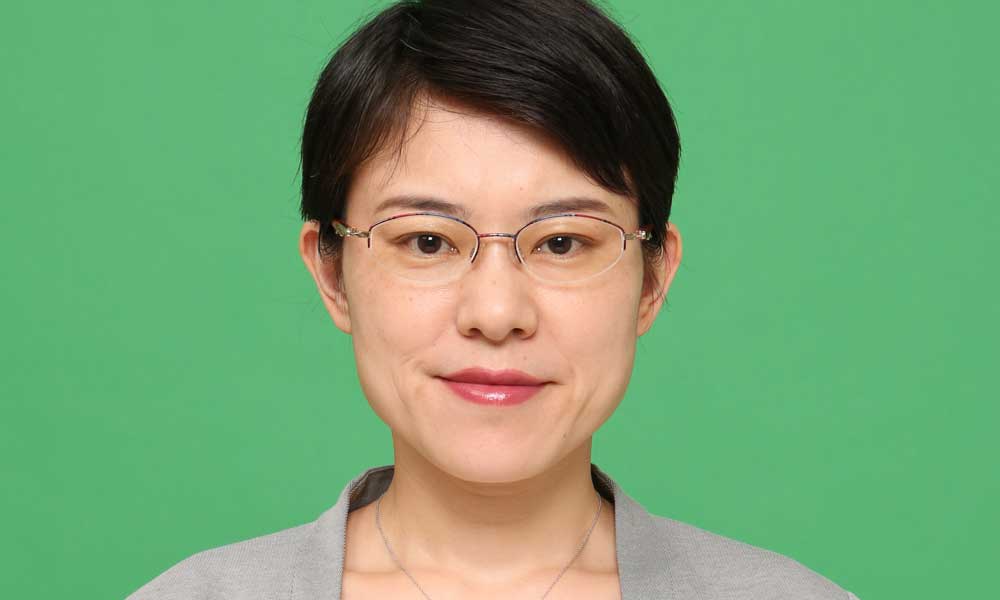 Satoko Kamoshida, Yiddish teacher at The University of Tokyo

Growing up, Satoko Kamoshida read books in Japanese about Jews, although she had never met one in person. “At that time,” she says, “I didn’t expect to learn their language and teach it in Japan.” Today, she is a sociolinguist and an expert on Yiddish language and culture based in Tokyo. She teaches Yiddish at Tokyo University of Foreign Studies and pursues her own research on Jews and Jewish languages in the Islamic world at the University of Tokyo. She also studies connections between the role of collective memory in the modern Israeli Yiddish-speaking community and in the once-decimated Japanese cities of Hiroshima and Nagasaki.

When she’s not teaching, Kamoshida, 38,  runs adult education Yiddish language and culture programs. She has also co-written several books on Jewish culture and history, including The 62 Chapters About Israel and What Does Jewish Mean?, both published in 2012. She is in the process of translating a Hebrew language young-adult book, Anti, by Jonathan Yavin, into Japanese.

Kamoshida knows her career path is unique. After the birth of her children, “my parents and my parents-in-law told me to stop Yiddish,” hoping she would switch to a more practical language, she says. But she stuck with it; today, her two children are practically experts on Yiddish and Ladino (Judeo-Spanish) music themselves. And one of her biggest supporters is her husband—who is, she says, a real mensch.

From Opera to Yiddish Standards 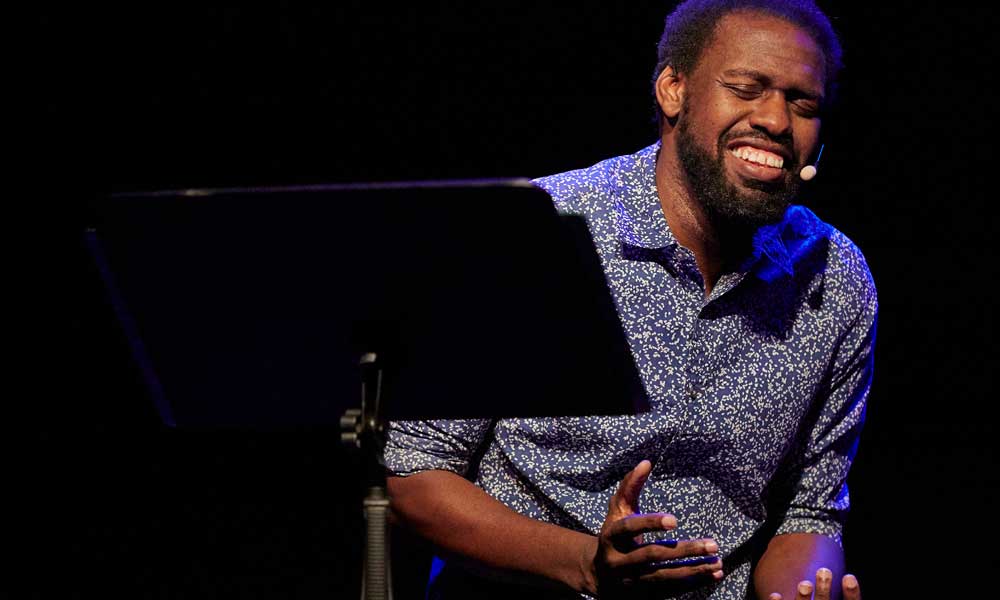 Anthony Russell first considered a career in Yiddish music after watching A Serious Man. The Coen brothers’ film features the classic Yiddish folk song “Dem Milners Trern” (“The Miller’s Tears”), which tells the story of the Jews’ expulsion  from their villages in Czarist Russia. Russell felt an immediate connection to “this beautiful, rounded, deep bass voice kind of lulling out of the record player.” He soon discovered the voice belonged to Sidor Belarsky, a Ukrainian opera singer and Yiddish artist who immigrated to the U.S. in the early 1930s.

Russell, 38, is also a trained opera singer. He discovered an online archive of Belarsky’s music and knew at once that he had found his calling. An African American convert to Judaism, Russell began teaching himself Yiddish in 2011, eventually attending an intensive summer program at Tel Aviv University. Soon he was performing Yiddish standards under his Hebrew name, Anthony Mordechai Tzvi Russell, at Yiddish festivals and concerts around the country.

In addition to performing solo Yiddish standards, Russell collaborates with keyboardist and accordionist Dmitri Gaskin under the name “Tsvey Brider” (“two brothers”). The duo write new music in Yiddish, spanning genres from art song to pop. In another project, called Convergence, Russell explores the connection between African American and Ashkenazi Jewish music from the last century.

Compared with opera, Russell says that Yiddish music allows him to focus on more contemporary themes. “Yiddish for me, culturally, is a language about modern ideas and modern phenomena—most of which we are still very much in the middle of grappling with.” Where opera felt restricting, Yiddish offered relief—particularly when it came to gender. Performing as a bass opera singer, “the emphasis is on masculinity and your ability to project masculinity in spite of what your voice sounds like,” and he was happy to discover that Yiddish music allows for more gender fluidity. “The only thing I needed to be at least somewhat convincing as a singer of Yiddish song was a Jew,” he says. “Luckily, I was that—so I jumped right in.”

END_OF_DOCUMENT_TOKEN_TO_BE_REPLACED

Opinion | Jews of Color Are Us

Until white members of our tribe repudiate default correlations between religion and race, and until we treat our black and brown brothers and sisters with equal dignity, we can never fulfill the promise of becoming a diverse, welcoming community in which every individual is seen as tzelem elohim, a mirror image of God

END_OF_DOCUMENT_TOKEN_TO_BE_REPLACED

The Israel picture, while barely a trifle to most Americans, is almost everything to us. We consider only one question: Will the next Congress be supportive of Israel, and of President Donald Trump’s support for Israel?

END_OF_DOCUMENT_TOKEN_TO_BE_REPLACED

The Growing Gap Between Israel And American Jews

Ties between American Jews and Israel, while still strong, are fraying. With the help of rabbis and scholars, historians and journalists, diplomats and activists, Moment explores the forces pulling the Jewish state and the American Jewish community apart—and holding them together…