He wasn’t on my radar screen. If anything, I was somewhat afraid of him. I was part of the computer support team in a Connecticut lab full of international PhD scientists like him.  When they came to me with some computer question, I puzzled at how they could imagine that this Brooklyn Yeshiva girl could fix something they hadn’t.

He especially was known for his terse conversation and no-nonsense attitude. When he had a question, I rushed to find the solution, terrified to be impeding some significant scientific breakthrough.

At the time, my personal life was in tatters. So, I transferred to Mexico City to finally separate myself from a long on-again, off-again, tawdry, exhausting, and far too public entanglement with another lab scientist. He wasn’t Jewish; I unconditionally was. My future children would be, too. He was selectively deaf on this subject and I needed to be heard. I moved to put my priorities in order, finally respecting my Judaism and family above everything else. I was lonely in Mexico, but I needed to do this to grow myself up. From now on, only Jewish men even my mother could love.

So, it was with some indignation that I heard, never mind how, that I was to blame for my former life’s breakup fiasco. Something to do with my inability to commit. Mine! And somehow it got back to me that this delicious piece of misinformation had originated with that same taciturn scientist to whom I’d always shown only polite professionalism. That was a total head-scratcher.  On so many levels.  Not least of which was that he even registered who I was.

On a work trip back to Connecticut, I happened across him in the common area. I nodded, and walked along. Then I turned back. I marched to where he sat and began, “I AM capable of being in a relationship. If given a chance, with a proper partner. Just so you know.” His eyes got wider and wider behind his tortoise-shell glasses. What was I blathering on about, to, to this automaton who made Mr. Spock look like a mush ball?

He stood up, set his glasses on his desk, and took both my hands in his. He was, naturally, succinct and to the point. “I’m so sorry if I said anything to hurt you.”

Expecting dismissiveness, defensiveness, even disdain, I was speechless. He listened, he heard me. When I found out later that it wasn’t him who’d gossiped about me, that a third party’s meddling had brought us together, there was no doubt about it. This was beshert.

We began dating—me in Mexico, him in Connecticut—before I transferred back.

Thirty years later, my now Jewish/Turkish husband, Apo, is still a man of few words, but each one is worth listening to. 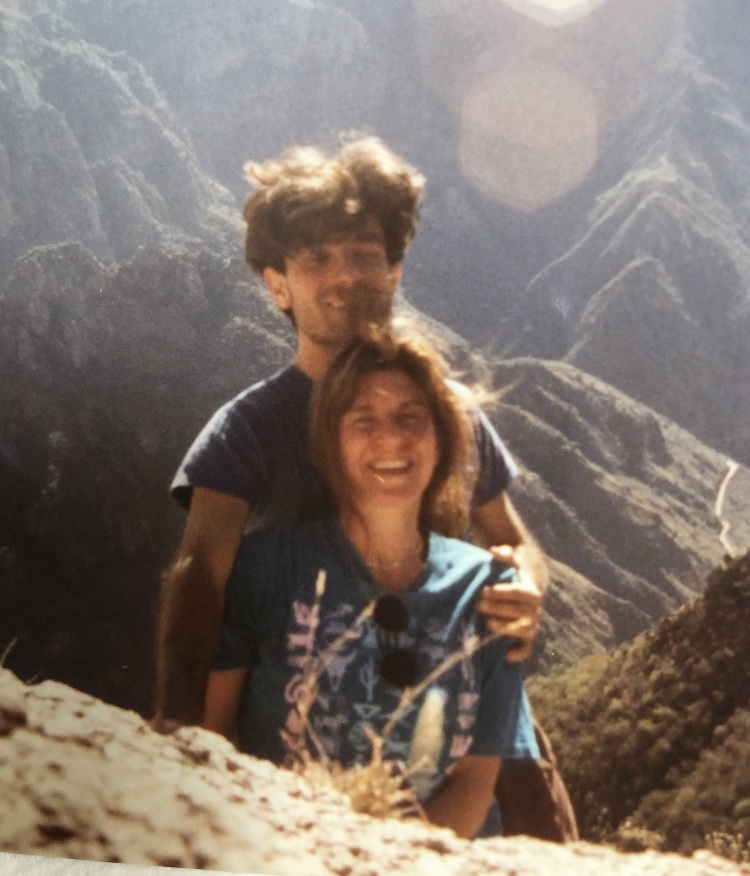 Copper Canyon, Mexico, 1993. Their first of three wedding brachot came in Mexico when Simi told Apo that if he put a ring worth two prutot on her finger, and spoke a Hebrew vow aloud before two witnesses, they’d be legally married under Jewish Law. With a ring from a market, before a confused couple in a coffee shop, Apo spoke the words he’d memorized in the taxi: “Kdat Moshe V’ahron, betabat zu, harie at mekudesht le.” 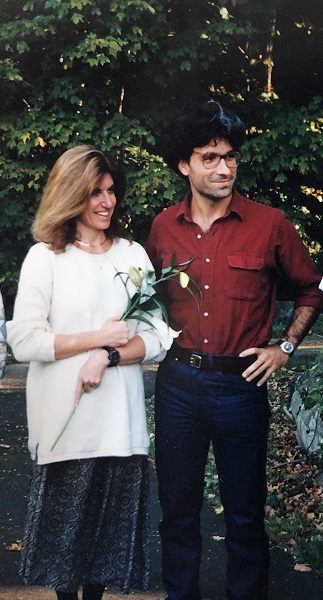 Their second bracha was a civil ceremony in the US on October 7, 1994. 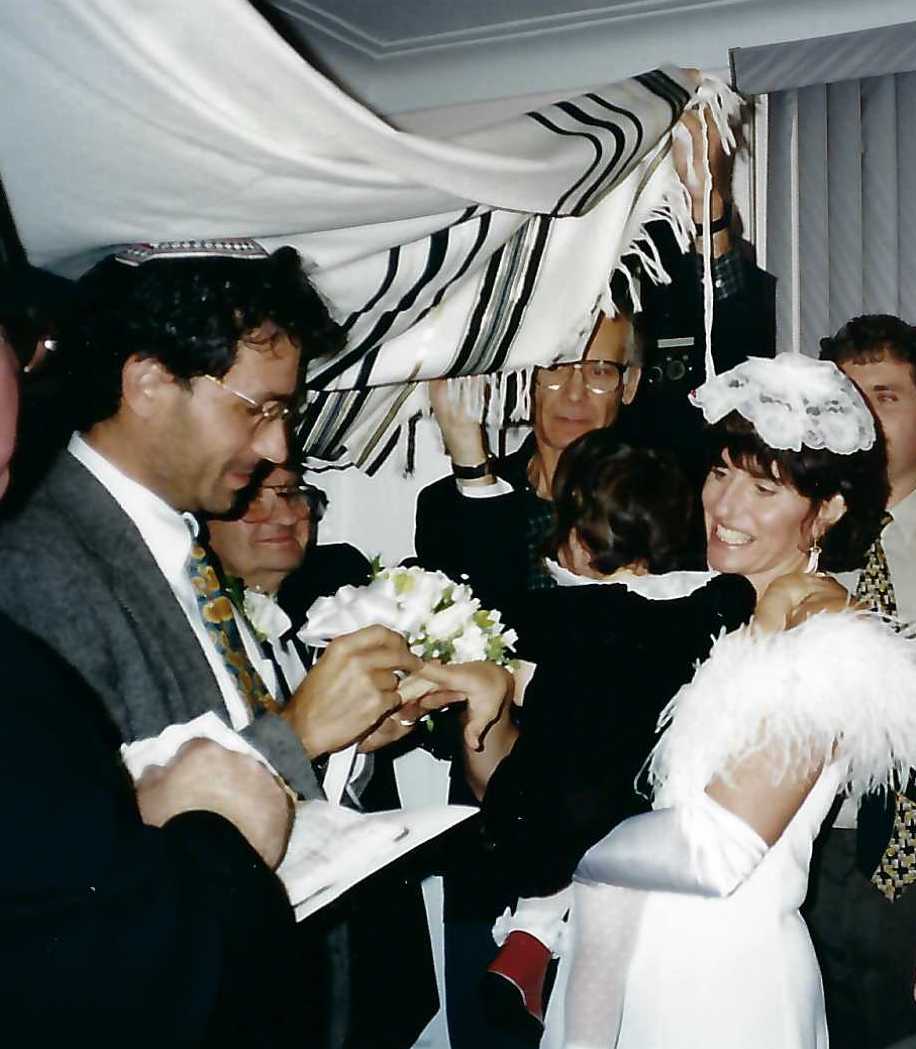 BIO: Simi and Apo live in Monte Sereno, California where they enjoy hiking and backpacking in the High Sierra, their cozy house on a hill, and happily, even after all this time, each other’s company.  Apo is still a research scientist in the high-tech world of Silicon Valley. Simi has switched from high tech to creative writing. You can find her here.

Top Photo: The couple with daughter Yayla at a party in San Francisco, 2017.

Jewish Mexico: The Land of Chile and Honey

It’s good to be a Jew in Mexico City. Mexico’s tightly-knit Jewish community boasts the lowest rates of intermarriage in the world at six percent, two percent counting Jewish conversions upon marriage.

END_OF_DOCUMENT_TOKEN_TO_BE_REPLACED

The Plight of the Three-Day Holiday

Facebook Twitter Pinterest linkedin Telegram
by Rebecca Borison This past Friday, I turned off my iPhone at approximately 7 pm and prepared myself for three days of being di...

END_OF_DOCUMENT_TOKEN_TO_BE_REPLACED

Have you checked out Moment's March/April issue?

Facebook Twitter Pinterest linkedin Telegram
It's on newsstands now! Check out our cover story on Bernie Madoff, the man who ran what was perhaps one of history’s largest Ponzi sc...