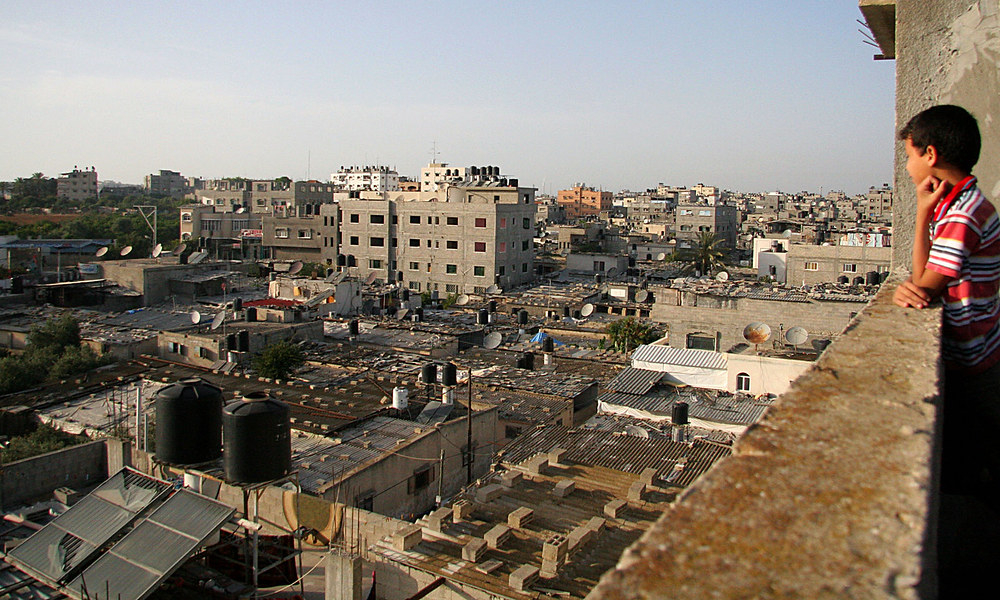 On Sunday, March 22, the first two cases of the coronavirus were diagnosed in the Gaza Strip. According to official data, as of Tuesday, close to 2,100 residents of the Strip are in home quarantine and close to an additional 1,300 are being held at special isolation facilities. Approximately 640 Gazans who tested negative for the virus have finished two weeks of quarantine.

The possibility of a full outbreak of the COVID-19 virus in the Gaza Strip is both likely and terrifying. More than two million people, over half of them children, live in the 139-square-mile area, one of the world’s most highly-populated regions. Unemployment stands at 52 percent and half of the population lives in poverty. Much of the housing and 97 percent of Gaza’s water is unfit for human consumption, according to the World Health Organization (WHO).

Under these conditions, there is little chance to maintain “social distancing” or practice necessary hygiene, and large-scale infection is a credible threat.

“I am so scared,” says Nasreen, 36, a registered nurse and married mother of four who lives and works at a hospital in the Gaza Strip. “I’ve been through wars, through bombings, but a virus is different. I believe it will spread, I am terrified that I will be infected by my patients, and I don’t believe that there is anything we can do to protect ourselves.”

Gaza’s medical system is understaffed, ill-equipped, and has no capacity to deal with a COVID-19 outbreak. According to official reports, it has 2,895 hospital beds, or 1.3 beds per 1,000 people. According to the Israeli NGO Physicians for Human Rights (PHR) there are only 70 intensive care hospital beds, 50 to 60 ventilators, and insufficient disinfectant, masks and protective suits for medical personnel.

Hamas authorities have said that they have converted some existing medical facilities into isolation units and opened another 14 isolation facilities, with the possibility of converting an additional 700 rooms in hotels and other tourist facilities.

As a result, even if it could handle treatment of the viral epidemic, it is likely that it would be at the expense of all other medical treatments.

“We don’t even have enough masks,” Nasreen says. “As it is, our hospitals barely function. Right now, we don’t have anyone who is sick…but I am sure we will. And then the little that we have will collapse.”

The Hamas authority has called for self-quarantining and has closed public places, including coffee shops, restaurants and some of the larger mosques, Nasreen says, but she adds that residents are not obeying these regulations.

“Most people live in very small houses with large families here,” she explains. “A lot of the housing is sub-standard, especially in the very-crowded refugee camps, and some people haven’t even rebuilt their homes since 2014 [a reference to the Protective Edge Campaign between Israel and Hamas forces].

“People try to stay home, but most depend on each other for our minimal survival. Families share food and space. Restaurants and such are shut down, but children are still in the streets. Everything is always so claustrophobic, so closed in here—getting out is one of the ways we can feel alive.”

In 2005, Israel disengaged from the Gaza Strip and officially claimed that it holds no responsibility for Gaza’s internal situation. However, since the Hamas take-over of the Strip in 2007, Israel has maintained control over all air, land and sea connections. (Gaza also has a border with Egypt, but there are few official crossings.)

Indicating the extent to which the international community holds Israel responsible, Michael Lynk, the UN’s special rapporteur on human rights in the West Bank and Gaza, has called for Israel to take responsibility for the situation. “The legal duty, anchored in Article 56 of the Fourth Geneva Convention, requires that Israel, the occupying power, must ensure that all the necessary preventive means available to it are utilized to ‘combat the spread of contagious diseases and epidemics,’” Lynk wrote in a statement on Monday.

According to a report in The Times of Israel, the Qatari monarch, Emir Tamim bin Hamad Al Thani, has ordered $150 million in aid to be delivered to the Gaza Strip over the coming six months. The WHO has stated that it is in favor of the establishment of a field hospital at the Rafah crossing with Israel, with six intensive care unit beds and 30 beds for patients in moderate condition, and another 50 rooms for quarantine for travelers.

However, there is no indication of where funding for such an effort would come from, and most potential donor-countries are too overwhelmed with their own crises to provide aid.

PHR and other Israeli groups have also requested that the Israeli Health Ministry provide assistance to local medical authorities and open the borders to donated equipment.

According to Amos Harel, military correspondent for Haaretz, Israel is cooperating behind the scenes with the Hamas authorities, “because we know an outburst in Gaza will affect us, too.”

Israel, he says, is providing tests and coordinating some transfer of emergency equipment, as well as extra food and water. Furthermore, both sides have eased the military escalation that seemed to have been taking place since mid-February. Harel notes, for example, that Israel has not allowed Palestinian workers to enter Israel and Hamas has not responded. “In other times, Hamas would be furious [because of the loss of income],” he says, “but right now, they are not making any fuss because they are terrified the workers would bring the virus back with them.”

On March 11, Hamas announced that is calling for a resumption on March 30 of the mass demonstrations to mark Palestinian Land Day.

It is not clear, Nasreen says, whether they have rescinded this call or not. “Many of the people who participated in the March last year are young men, and their parents have no control over them. Sure, they will go out and demonstrate. And that will be a disaster.”