Beshert | The Phone Number in His Wallet

It was early September 1956. I was living in a Greenwich Village basement apartment, when I got a phone call from one Dick Lavine from Webster, Massachusetts. I knew it as an ugly mill town where an aunt had moved with a new husband and her daughter Rita had found a husband, ending up in an apartment next door to Jennie and Phil Lavine. Rita told Jennie one day that she had a cousin in New York whom their son Dick should call if he were ever in the city.

Dick put the paper with my phone number in his wallet and forgot about it until he moved to New York that summer. He had just graduated from Georgetown Law School and started his first job with the Federal Trade Commission in their New York office. He had gone to law school in the evenings, working as a typist at the Labor Department days and playing clarinet and sax in local bands at night after class. One weekend, a Webster friend who was visiting, said, “Why don’t you call Rita Franklin’s cousin?” That’s when Dick pulled out the tattered piece of paper and called me.

I was a little disenchanted with the idea of someone from Webster but felt a bit more positive when he said he was a lawyer. I was going to an Adlai Stevenson election event with the Village Independent Democrats who were fighting Tammany Hall, so I turned him down that night but we made a date for the following Saturday.

We went to an Italian restaurant on Mulberry Street, then the dates multiplied all through September and October. It soon became obvious we were falling in love. I was enchanted by Dick’s warm sense of humor, his curiosity about everything— especially Italian food!—and his instant connection with my mother. In late November, Dick proposed—to her delight (my two sisters were long married with children). In December, Dick and I took the train to Webster, where Rita planned a luncheon for family and friends. We had a short engagement and on Sunday, January 13, 1957—a little over four months from when we first met—we were married in my sister’s New Rochelle home. 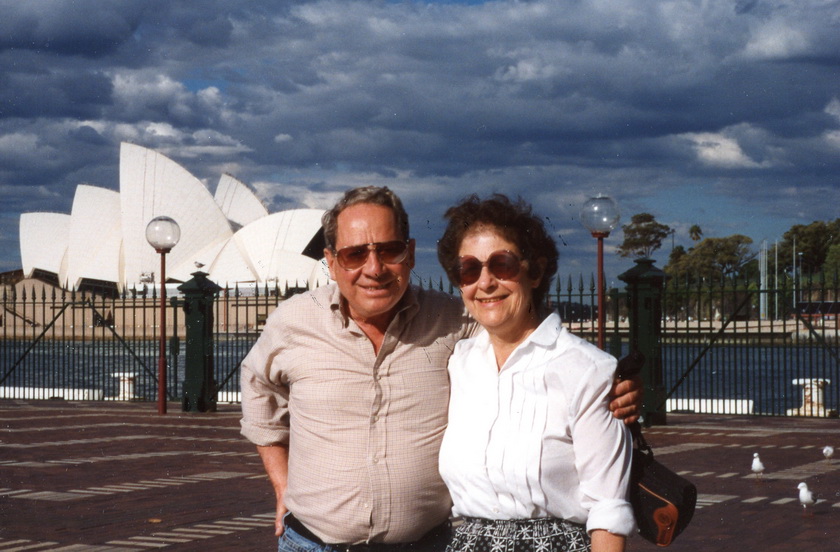 The couple in Sydney, Australia in 1994.

Yes, it was a whirlwind courtship. But I was 32 and had sown my wild oats—I’d worked on a newspaper in New Bedford, Mass., lived in Paris for a year, was editing a welfare and health weekly newspaper and living in my own apartment, 85 blocks south of my mother’s—I was ready!

We were beshert from the start and throughout our nearly 58 wonderful years together. 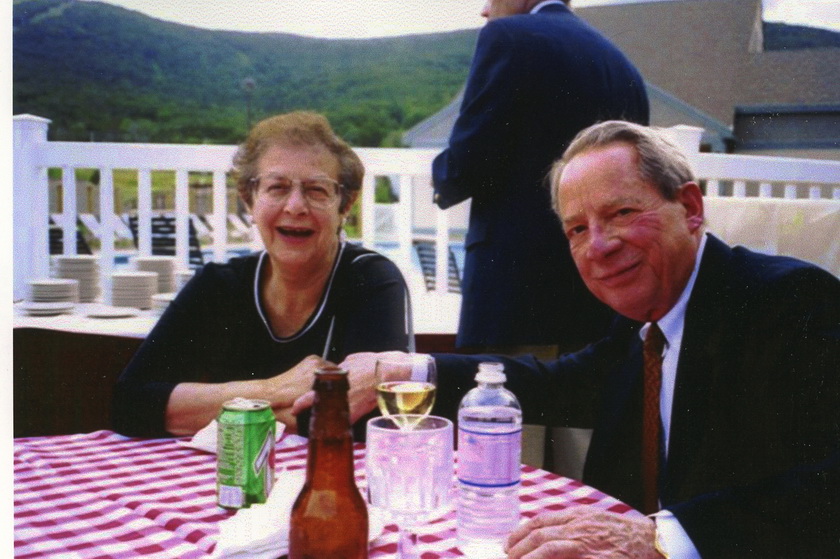 Dick and Eileen in 2010. Dick loved playing music and put on so many American Songbook concerts for their condo that when he died, neighbors and friends helped fund a piano in his memory.

Eileen Lavine has been a senior editor of Moment since 2008. She’s written feature articles and interviewed Joan Nathan, Anthony Shadid and Charles Krauthammer, among others. A native New Yorker, Eileen was the first female editor of the Daily Cardinal at the University of Wisconsin, where she earned her B.A. She holds an M.S. in Journalism from Columbia University. Before Dick died on November 22, 2014, the couple traveled the world and enjoyed theater, concerts and movies.

3 thoughts on “Beshert | The Phone Number in His Wallet”