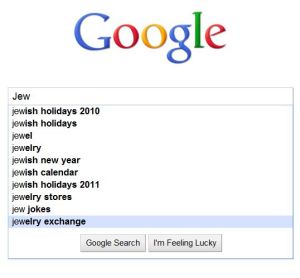 Those of us who have a Facebook roster full of Jewish friends are used to it: “Shabbat shalom” status updates, photos of apples and honey for Rosh Hashanah, and viral articles or videos that are reposted ad infinitum (this week’s was Judd Apatow’s clip for the American Jewish World Service’s twenty-fifth anniversary). For many of us, Facebook, Twitter, and blogs are our main channels of news, particularly with regards to the Jewish world. Thanks to the Internet, the international Jewish community has become closer than ever.

First, the Internet opens the doors of Judaism to the world. Throughout history, Jews have been encouraged to actively engage with the texts. With the Internet, discussion and the exchange of history and customs has moved beyond physical tables to online forums and chat rooms that transcend borders imposed by distance, age, and gender in traditional study settings.

Thanks to Internet media, news—general or personal—spreads quickly. In this digital age, we have access to more information than ever before. We can learn about the plights and successes in Jewish communities around the world and remain better connected and informed. New media can easily be used to “rally the troops,” thus finding great fans in the Jewish values of tzedakah (charity) and tikkun olam (repairing the world). Any charity or service project—big or small—can use these tools to educate and draw from a wider base of people.

On a smaller scale—call it the “shtetl effect,” if you will—new media facilitates the spread of personal information. So many sites are available to trace Jewish ancestry and help people connect. Dating sites, like JDate, transfer the age-old tradition of matchmaking from Yenta’s hands to a larger, wider platform. Happy occasions, which we so value in Judaism, are magnified when everyone can share in them.

These days I find myself drawing more information about Judaism, in particular, not from “traditional” news sources, but instead from blogs and articles, comments, and discussions shared on Facebook by my friends and acquaintances. Whereas in the past these exchanges may have taken place in a synagogue’s social hall, they now thrive in the webs of cyberspace.

The Jewish community remains alive and more connected than ever before thanks to the Internet. But what challenges does it pose? Will it replace, ore merely augment the traditional venues of Judaism?  Does it help or hinder Judaism? How does it stand to revolutionize the Jewish religion and international community as we know them?  I hope to find some answers to these questions in the myriad blogs, forums, and, of course, the comments section below.

END_OF_DOCUMENT_TOKEN_TO_BE_REPLACED

After growing tired of the profiles on JDate, Darcy resolved to stop dating. Then her friends convinced her to go to a singles party on Christmas Eve, where she met a man with a great smile.

END_OF_DOCUMENT_TOKEN_TO_BE_REPLACED

Sharing the Narrative: How Muslims & Jews Can Remember the Holocaust Together

In January, the American Jewish Committee (AJC), in partnership with the Muslim World League (MWL), brought 62 Muslims and 20 Jews from 28 countries together for a two-day interfaith mission in Poland.

END_OF_DOCUMENT_TOKEN_TO_BE_REPLACED

Ask The Rabbis | How Has Pittsburgh Changed Jewish Life for Your Community?

Our reaction to the events in Pittsburgh began with mourning for the victims. From mourning we moved to the legitimate fear that comes from living in a nation where easily procured weapons of mass death terrorize people of color, Muslims, LGBTQ people and—as always—Jews.

END_OF_DOCUMENT_TOKEN_TO_BE_REPLACED

The Weird and Wondrous World of Jews and Magic

Facebook Twitter Pinterest linkedin Telegram
The first time I came face-to-face with Jewish magic was when I moved to Israel in my early 20s. It was the fall of 1995 and Jerusalem ...

END_OF_DOCUMENT_TOKEN_TO_BE_REPLACED

Ask The Rabbis | What Sins Should We Atone For In Our Use of Social Media?

“Do we gossip? Do we repost stories about friends, family or colleagues that ought not be repeated? Do we believe everything we read?”

END_OF_DOCUMENT_TOKEN_TO_BE_REPLACED

Ask The Rabbis | Should Jews at the Seder Ask God to Smite Our Enemies?

Facebook Twitter Pinterest linkedin Telegram
Pour out Your wrath upon the nations that know You not, and upon the families that call not on Your name; for they have devoured Jacob,...

END_OF_DOCUMENT_TOKEN_TO_BE_REPLACED

Book Review | A History of Judaism by Martin Goodman

END_OF_DOCUMENT_TOKEN_TO_BE_REPLACED

JDate.com doesn’t call itself the “leading Jewish singles network” for nothing. The massive online matchmaker—which boasts 750,000 users and attracted major media buzz in April with its rebranding campaign, “Get Chosen”—is known as the go-to for Jewish online dating.

END_OF_DOCUMENT_TOKEN_TO_BE_REPLACED

7 thoughts on “E-Judaism and the Online Shtetl”