Book Review | To Heal the World

To Heal the World?: How the Jewish Left Corrupts Judaism and Endangers Israel

Rabbi Yehudah Ashlag wrote in Palestine in the 1920s: “There is no way to repair the world / l’takein et ha’olam in the spiritual sense before securing economic repair / tikkun hakalkali for the world.” Ashlag was the Haredi author of one of the most celebrated commentaries on the Zohar. By economic repair, he meant democratic socialism. 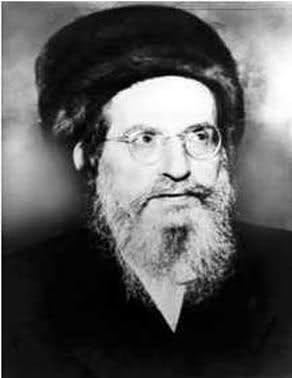 It took me a half hour to find this passage online, but Ashlag is mentioned nowhere in Jonathan Neumann’s To Heal the World?: How the Jewish Left Corrupts Judaism and Endangers Israel. Instead, Neumann claims that liberal Judaism in America hijacked the Jewish tradition by distorting the concept of tikkun olam to fit their left-leaning and “anti-Israel” politics.

The truth, however, is that tikkun olam was used as a catch phrase for prophetic social justice in Eastern Europe in the 19th century, and in Israel in the early 20th century. Leaders who promoted tikkun olam as political and prophetic repair of society included Rav Abraham Isaac Kook and Rabbi Isaac Herzog, chief rabbis of Palestine and Israel, while the two men most responsible for introducing tikkun olam to liberal American Jews, Alexander Dushkin and Shlomo Bardin, were passionate Zionists born in Eastern Europe who spent a major part of their careers in Israel building the educational system.

Some of this information is in the scholarly research that Neumann cites, but Neumann’s critique of the American Jewish left ignores what doesn’t fit his ideology. You could say in Neumann’s favor that none of the previous research mentions Ashlag. But it seems Neumann did no original research for a book that is supposed to “demolish the left,” as his publisher outlandishly claims.

That makes it easy to dispense with the main premise of Neumann’s book. Neumann also deliberately distorts and misreads Jews on the left. He doesn’t even seem to understand basic left-wing political positions. For example, he can’t imagine how a leftist like Rabbi Arthur Waskow would see the government as Pharaoh and yet still want the government to enact policies to fix poverty.

But the real problems with tikkun olam liberalism need discussing, even though they are problems Neumann ignores. For example, shouldn’t repairing the world include repairing our relationship with the natural world and finding a path to a sustainable civilization? Yet in the world of tikkun olam social justice, activists rarely do more than pay lip service to environmental issues, aside from a handful of people like Arthur Waskow and myself, even though global climate disruption will lead to human rights crises beyond anything seen since World War II.

It’s impossible to examine the many flaws in Neumann’s book in a short review, but I can’t overlook the biggest: If you want to say that liberal tikkun olam distorts Judaism because it changes the term’s traditional meaning, what would you say about Zionism, which took a religious idea, the return to Zion, and morphed it into a call for a secular nation-state?

If you know history, you know that even though the Zionist reinterpretation of Judaism is ahistorical, Zionism is an authentic evolution of basic Jewish concepts. That includes right-wing Zionism, which wants to hold onto all of “Eretz Yisrael Shleimah,” all of the West Bank. It would also include Diasporist interpretations of Judaism that reject the state of Israel, interpretations that Neumann would consider heresy.

What’s most interesting is that it was the early Zionists who developed tikkun olam as we know it today. Jonathan Neumann, however, wants to claim that the current right-wing putsch was always Judaism’s essence, while bemoaning the extension of tikkun olam as fake. It’s just not possible to make both of these claims.

The desire to wage vengeful politics based on distortions seems all too normative nowadays, but it’s not new—calling anyone to the left of oneself “anti-Israel” has long been a staple of dishonest debate. But the latest attacks on tikkun olam show that the right-wing believes they are strong enough to not only win skirmishes, but to kill the enemy, by cutting off the lifeblood of the liberal connection to Jewish tradition.

Neumann is trying to win some war over the average Jew’s soul, but if he has any impact, it will likely be to turn off amkha from Judaism.

However, Neumann is right, if unoriginal, to focus on this question: If you only turn to your religious tradition to find support for your own beliefs, how will you ever learn something new from that tradition? How will you grow wiser from the encounter?

But the most basic practice for doing this isn’t cleverness. It’s this: Critique your own arguments and beliefs more strongly than you critique others’. That’s where the inner dimension of tikkun comes in: tikkun hanefesh, repairing the soul, and tikkun halev, repairing the heart. Both were important goals of tikkun throughout the centuries. Without these elements, we cannot even dream of successfully repairing the world.

We can argue about what role the nation-state should play in tikkun olam; nothing in Judaism says that the primary unit of social welfare must be the secular government rather than the community. But Judaism does tell us this: Any system that regards hungry people as undeserving failures, or immigrants as nefarious infiltrators, is wrong, as wrong as Sodom and Gomorrah. Human dignity is a fundamental and incontrovertible value of Judaism, rooted in the image of God, loving your neighbor, and loving the stranger. Any system that undermines human dignity—whether by infantilism, as conservatives believe about the welfare state, or mass incarceration, whether by institutionalized racism or the dehumanization of some identity politics, whether by intergenerational poverty or limiting voting rights—needs to be changed. And calling that change tikkun olam is perfectly in line with Jewish tradition.

END_OF_DOCUMENT_TOKEN_TO_BE_REPLACED

Calvin Trillin, an incomparable reporter, brought his wry, Midwestern Jewish perspective to coverage of the 1960s Civil Rights Movement, first for Time magazine and then for The New Yorker. He once observed, tongue in cheek, that it must have been awfully crowded in the South back then “behind the scenes.”