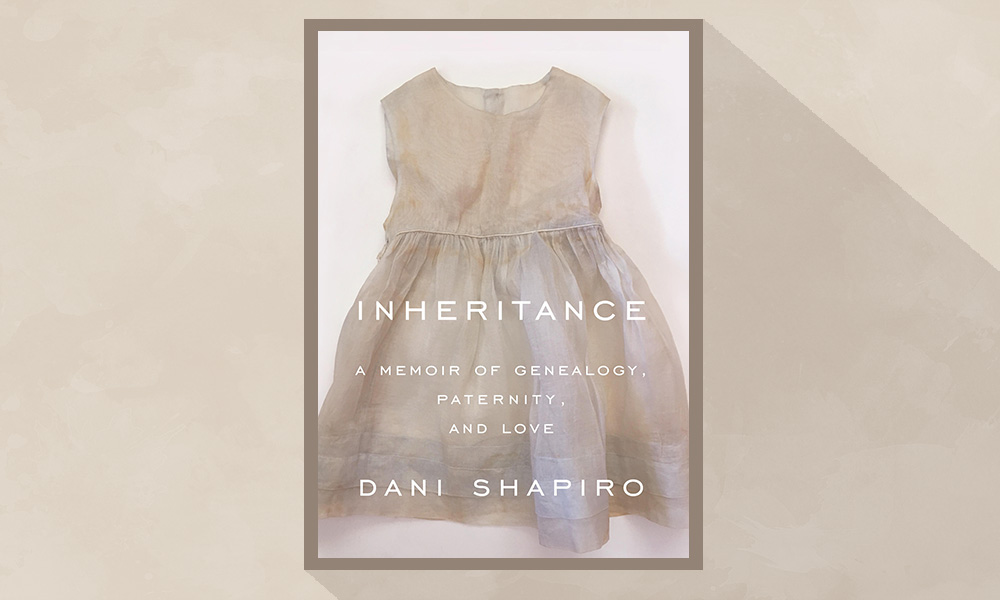 Last Hanukkah, Representative-Elect Alexandria Ocasio-Cortez, a young woman of Puerto Rican descent, raised in the Church and a self-identified Catholic, went to a synagogue in Queens where she told the congregants, “A very, very long time ago…my family consisted of Sephardic Jews.” The congregants were delighted that their popular new representative was making common bond with them. Ocasio-Cortez pointed to someone in the audience and said, “He’s like: ‘I told you! I knew it! I sensed it!’”

It is unclear what she thought he sensed. But following Senator Elizabeth Warren’s unfortunate political mishap of claiming Native American ancestry with a genetic test, Representative Ocasio-Cortez is unlikely to make the same mistake. In fact, she wisely and immediately retreated from any notion that she believes that she is Jewish, tweeting, “Before anyone jumps on me—yes, culture isn’t DNA.”

That insight—that culture and identity are not DNA—is one that Dani Shapiro, author of the recently published Inheritance: A Memoir of Genealogy, Paternity, and Love, doesn’t get. Like her earlier three memoirs, Inheritance traces the author’s search for her sense of self in a modern world unlike the Orthodox Jewish world she grew up in and its strict codes for almost everything.

A memoir is an artifice of sorts. It adheres to the arc of fiction in order to tell a story, which is something that Shapiro acknowledged when she explained to a New York Times reporter in 2016, “My goal when I sit down to write out my own circumstances is not to make myself transparent. I am building an edifice. Stone by stone, I am constructing a story…more beautiful and refined than I could ever be.” In her mid-50s, on a lark, Shapiro decided to take a genetic test to find out something about her ancestors. The unexpected result, she writes, challenged every assumption about the life she had lived and who she was. It also provided the scaffolding for her fourth memoir—or in her words, her fourth effort to construct a meaningful edifice.

Like not a few of the millions of people who also sent samples of their saliva to 23andMe or Ancestry.com, Shapiro discovered that her genetic heritage was not what she thought. Although she had been raised in a strict Orthodox Jewish home and had attended Jewish day school, where she became fluent in Hebrew and Judaism, the test’s results indicated that she was “52 percent Eastern European Ashkenazi” as well as a mixture of diverse European nationalities, or, as she puts it, “half Jewish, half something else.” This news sent her into a tailspin. “I felt cut loose from everything I ever understood about myself,” she writes. “The wind kicked up, and my eyes began to tear. How could I survive this new knowledge that I was made up of my mother and a stranger?”

A quick investigation uncovered that her mother’s pregnancy had resulted from mixing sperm from an anonymous donor and that her father, a man who raised her and whom she adored, who was not her biological father. A subsequent search discovered who her biological father was, and much of her memoir discusses her detective work to successfully locate, meet and get to know him.

The question she sets for herself, and which has potential interest for the reader, is: Based on this new knowledge, who is she? And where does identity come from? Hers is a well-told tale, even gripping at times, albeit also sometimes a bit tedious as the reader tags along with Shapiro around the country as she tries to make sense of herself given the new deck of cards she had been dealt late in life.

Inheritance comes to the same conclusion as an earlier memoir, Devotion, published in 2010. She’s her father’s daughter—and a Jew. As she writes at the conclusion of Inheritance, “There has rarely been an event of importance in my life when I have not searched for my father. Rarely a time during which I have not felt both his presence and his absence. I silently call to him, a Hebrew word—hineni. Here I am.”

But Shapiro also writes at the conclusion of Inheritance, in keeping with her search for identity in a world not defined by the Judaism of her youth, that she had a picture of a “free bird” tattooed on her arm, despite the fact that “there is a prohibition against Jews getting tattoos, something that I was acutely aware of.” That act of getting a tattoo, it might be said, reflects Shapiro’s deep internalization of her Jewish heritage from which at least unconsciously she seeks to rebel, and also the truth of the poet Karl Shapiro’s observation in 1966 that “in order for a Jew to desert, he has to cover his tracks so completely that he must be a kind of madman.”

Her earlier memoir, Devotion, describes Shapiro’s effort to live a purposeful life outside of Orthodoxy, not unlike most American Jews who pick and choose from multiple sources how they define their lives. Her journey leads to, among other things, yoga and Buddhism, but it also includes an “irrational desire to announce [her] Jewishness” to anyone who, seeing her “long blond hair,” in her mind, might doubt it. “Raised Orthodox! Grew up kosher! Two sinks, two refrigerators—no kidding,” she exclaims. And it ends at her mother’s gravesite, where she recites the Mourner’s Kaddish, which she quotes in Aramaic, in a gesture of reconciliation with her mother—and their common religious bond. In an interview after the publication of Devotion, Shapiro explained that she “could no more reject my Judaism than reject being female, or being a mother, or a wife, or a writer, or any of the things that most define me.”

Fast forward seven years and Shapiro discovers the genetic source of her “long blond hair.” Suddenly, she has a crisis of identity. Everything she understood about herself was gone with the wind. No doubt the revelation that her parents had kept the circumstances of her birth hidden, either by design or unintentionally, caused Shapiro enormous personal anguish and brought back, even in middle age, feelings of not fitting in. But because she focuses so intently on the pain of ripping off the band-aid that covered a family secret and ignores larger issues, including the relationship between genetics and her self-definition, her memoir, no matter how dramatic, has a superficial quality to it.

Shapiro’s central mistake lies in conflating DNA and culture and suggesting that the circumstances of her birth have anything to do with defining who is Jewish. Even in biology, except for rare monogenetic diseases, like Huntington’s, genes do not determine our destinies without reference to the environment, or so-called epigenetic factors, that help shape the expression of our genetic inheritance.

That confusion regarding the significance of genetics without reference to the environment is illustrated in an important conversation Shapiro had with the poet Mark Strand that lies at the heart of Inheritance. When they met at a writers’ conference, he told Shapiro upon observing her that not only did she not look Jewish but that “there’s no possibility you’re Jewish.” Shapiro writes approvingly that, in her eyes, the “highly perceptive” poet knew something about her that she did not know herself.

She could not have been more wrong. His comment unfortunately reflects how dangerous racially based conceptions of humanity have crept back into popular mindsets, partly as a result of genetic ancestry tests that reinforce ethnic stereotypes.

Had Strand or Shapiro ever been in Israel, they might have noticed that Jews come in all sizes, shapes and colors, including blond hair and blue-eyed ones. They might have also been less ready to jump to the conclusion that there was no possibility that Shapiro was Jewish despite the fact that her mother was Jewish. Jewish law, as Shapiro knew before a rabbi explained the principle of matrimonial descent in Judaism to her midway through her book, defines the question of who is and who is not Jewish, at least for Orthodox Jews. And, as she also knew and never lets the reader forget, she herself is steeped in Yiddishkeit, referencing Hebrew prayers and expressions throughout her memoir when the English equivalents do not quite get what she wants to express because she understands at some level that culture is not DNA, no matter who her biological father was.

To be sure, for thousands of years Jews have intermarried and so share common genetic codes, though Ashkenazi and Sephardic Jews, for example, have many more genes in common within their respective groups than between them. It cannot be stressed enough: There is no genetic signature that defines who is a Jew. A Jew from Yemen and one from Germany share little in common genetically, though both say at their respective seders on Passover avidim hayinu (“we were slaves”) with an emphasis on “we.”

Significantly, Ancestry.com informed Shapiro that she was 52 percent Eastern European Ashkenazi, not that she was or was not Jewish. Geneticists have understood that in a world defined and delineated by religion, as Europe essentially was until the 18th century, that Jews, like Icelanders, intermarried at near universal rates, and that they therefore carried certain common genetic traits, including a higher than average propensity to develop diseases such as Tay-Sachs and some kinds of breast cancer.

But Judaism never defined itself in racial terms, and, significantly, for thousands of years, even if they did not proselytize, Jews also welcomed converts into their faith. The most famous convert, of course, was King David’s great-grandmother, Ruth, who was of Moabite origin. She famously begged her mother-in-law, Naomi, “Entreat me not to leave thee, and to return from following after thee; for whither thou goest, I will go; and where thou lodgest, I will lodge; thy people shall be my people; and thy God my God.”

By not discussing Ruth’s ethnic background, the Bible establishes the principle that DNA does not determine who is a Jew. This Shapiro essentially recognizes, writing at the end of her memoir: “Hineni. I am here. All of me.”

Edward Abrahams is the president of the Personalized Medicine Coalition and author of The Lyrical Left: Randolph Bourne, Alfred Stieglitz, and the Origins of Cultural Radicalism in America.