My mother, Paula, or Perel, in Yiddish, was born in Cologne, Germany, in 1923. Her childhood ended at age nine when her father died. My grandmother couldn’t take care of her and her older sister, Margot, and placed them in a kinderheim, a Jewish orphanage. There, the sisters were in a program called Hachshara that prepared youth for kibbutz life in Palestine.

Kristallnacht accelerated this training. Mom left Germany for Palestine in March 1939. My Aunt Margot and her fiancé were on a boat headed to Palestine when the war broke out. Their boat was turned back. We believe she was either killed in a concentration camp or died of typhus.

My mother was at the kibbutz Ashdot Yaakov, near the Sea of Galilee. My grandmother had procured a “domestic passport” (meaning she had to work as a maid) to England. She arrived there two days before the war started.

At the kibbutz, my mom was given the name Penina because it sounded more Hebrew than Perel. A few days later, another boatload of teenagers arrived. Among them was a handsome 17-year-old from Berlin, Peter Neuman. He was renamed Shimshon.

He and my mother fell in love and enjoyed a wonderful romance. He dubbed her Penny, her name ever since. He wanted to marry her, but she wasn’t ready to get married. After two years, they went their separate ways. She lived in Tel Aviv for seven years before joining my grandmother in England. He joined the British Army and later the Israeli Army, where he fought in the War for Independence. 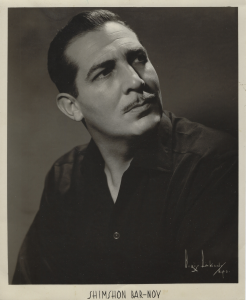 What my mother didn’t know was that in the 1950s, Peter Neuman became the famous and beloved Israeli singer known as Shimshon Bar-Noy. Some called him “the Israeli Frank Sinatra.”

My mother didn’t know this because she stayed in England. She’d meant to return to Israel but then met and married my father, Harry Silver. They immigrated to Canada, where I and my sister Helen were born. My dad died suddenly in 1969, leaving my mother a widow at age 46.

She was lonely for six years. Then, her best friend, Thea, contacted an Israeli friend in New York, thinking maybe he’d know a single man for Mom.

He did know someone: a divorced man from Israel living in New York whose name was Peter. Thea dialed Peter’s phone number even as my mother protested. She told me and Helen later that she got “a sixth sense” while Thea was on the phone. After she hung up, my mom told her to call him back and ask if he was ever on the kibbutz, Ashdot Yaakov. When he replied yes, Thea told him, “Well, my friend here is your first great love!” He replied, “You don’t mean… Penina?”

He had moved to the U.S. with his then-wife and two daughters to try to establish his singing career there. Mom and Peter lived 12 gloriously happy years in New York, always wondrous that fate brought them together. 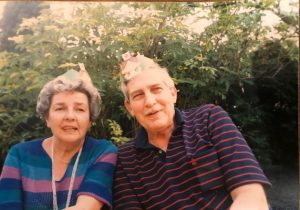 Helen and I only learned about their early love when they miraculously reconnected. We could see that they doted on each other—they were each other’s whole world. When, sadly, Peter died a year after they retired to Canada in 1988, Mom was devastated. 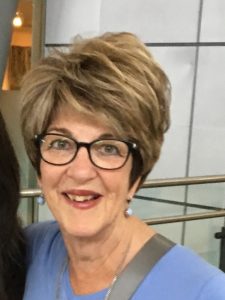 Marion Silver earned her BA and teacher’s certificate from Montreal’s McGill University, then taught French as a second language to grade schoolers in Ottawa. She also co-produced and co-hosted a Jewish cable TV program, Shalom Ottawa, for 10 years. She and husband Alan Brass have been married since 1983. (She told Moment, “I kept my maiden name because I couldn’t go from Silver to Brass.”) They have three adult children and two grandsons. Now retired, she and her husband are active in Ottawa’s Jewish community. You can hear her mother Penny’s baritone beshert—Israeli singer, Shimshon Bar-Noy—at https://www.youtube.com/watch?v=ClK4yu-RuL4,  along with more of his music on YouTube and archival Israeli music websites.

Top photo: Penny and Peter at their wedding, November 23, 1975, in Montreal with her daughters Helen and Marion