Beshert | My Grandmother, My Hero

My grandmother, Hannah Stochel, was the happiest, strongest and most generous woman I’ve ever known. She was a powerhouse of a lady that connected me to my faith, my legacy, and my home. My grandmother was my hero.

At 18 years old, she survived the concentration camps. She once spoke of the day she was liberated from Auschwitz. Her first husband and older brother had died there. As planes flew over their heads, a soldier told her, “You’re free,” and she couldn’t even comprehend what that meant. 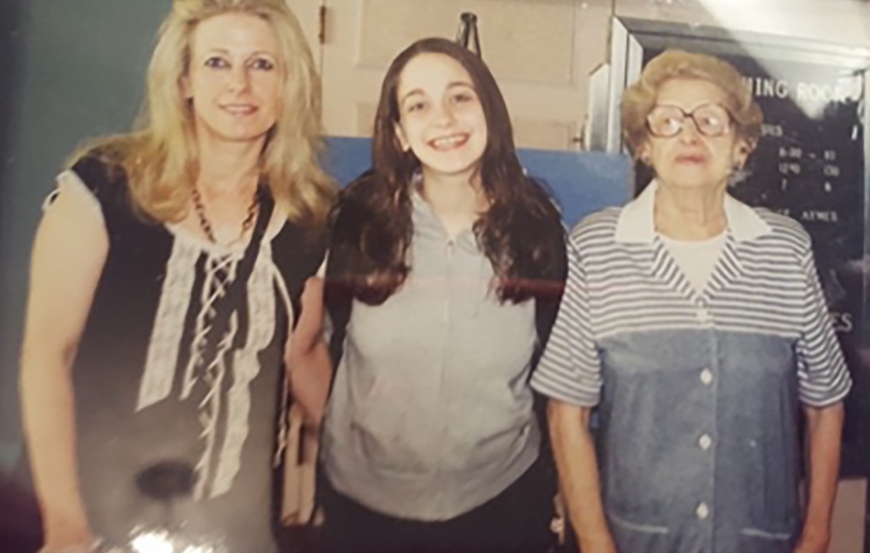 Amy, age 15, with her mother Marilyn and her grandmother, Hannah Stochel, at Kutcher’s in the Catskills

At 18, my Grandma Hannah faced life-threatening circumstances and little did I know, I would deeply connect with her struggles. Because when I was 18—two weeks before my high school senior prom—I suddenly found myself in intense abdominal pain. I would be in the Columbia Presbyterian ICU for almost a year and then in 13 hospitals for 27 surgeries to rebuild my digestive system. I would not be able to eat or drink anything for six years and existed on intravenous nutrition. For the first six months in the hospital, I was in a coma.

When I woke up in the ICU, I looked to my grandmother’s spirit for inner strength, waiting for the day I could see her again. Thinking of her gave me the courage to trust the world again and look forward to my physical and spiritual recovery.

What I didn’t know is that she and my grandfather had both passed when I was in the coma. My parents, understanding that waking up in an ICU might be a bit of a shock to me, chose not to tell me until months after I was discharged from the hospital. 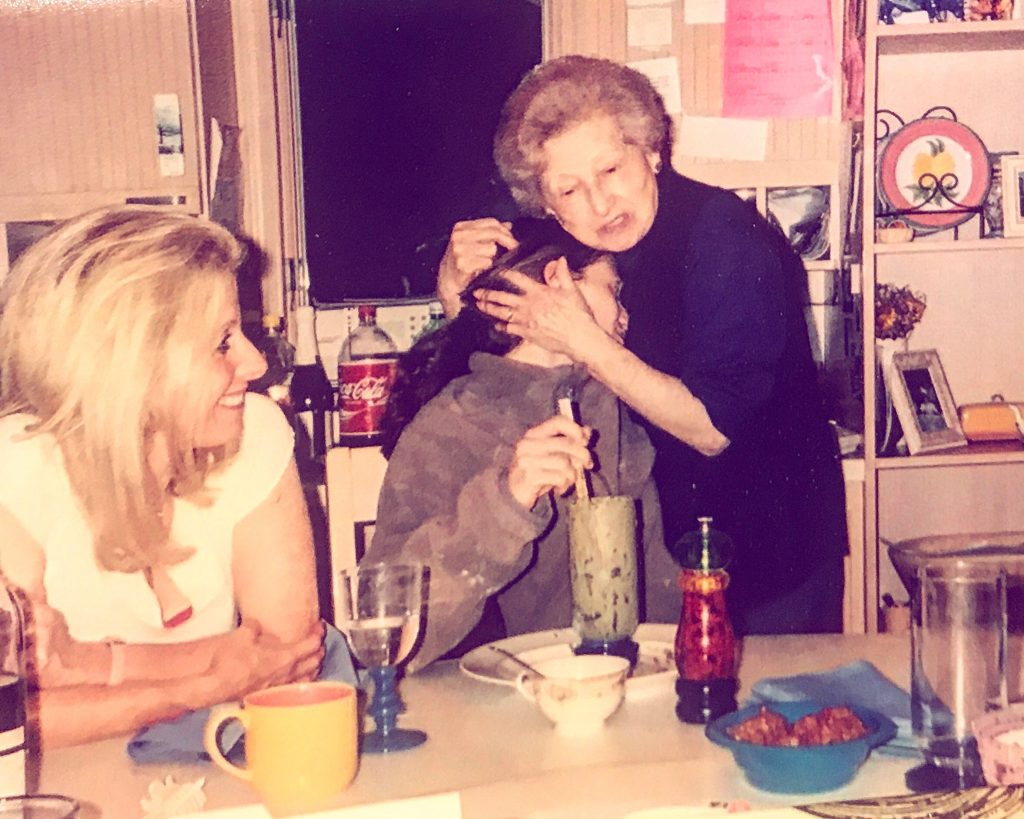 When my mother finally told me, I didn’t know what to think. I was too numbed by surgeries, medical interventions, and, now too, tormenting flashbacks of sexual abuse, too. So, I  tried not to feel anything at all; I stayed numb. With my grandmother gone, I lost all trust in the world.

The day I decided to really think of her again, mourn my losses and cry over her legacy, was the day I was able to incorporate her back into my life.

Her spirit stays with me and her love guides my way.

Grandma Hannah always told me she would dance at my wedding, which would be her biggest pride and joy.

And she was there as I twirled around in the first wedding dress I tried on and as I declared my vows under the chuppah made of her own lace. She was also there as I cried when faced with a heartbreaking, unexpected divorce. Once again, she gave me hope that things would get better and that I would trust again – by trusting myself.

When you don’t know where to find trust on the road ahead, sometimes it helps to look behind you. My grandmother, my hero, my beshert.

For Amy Oestreicher, reimagining trust has meant becoming an artist. She is an Audie award-nominated playwright, performer and multidisciplinary creator. She has given three TEDx Talks on transforming trauma through creativity and has toured her one-woman musical, Gutless & Grateful, to over 200 venues since its 2012 debut in New York. She is also the author of My Beautiful Detour: An Unthinkable Journey from Gutless to Grateful. See more at www.amyoes.com.

Top Photo: Right, A very young Amy with her Grandma Hannah in Connecticut. Left, The author, playwright and actress at her book launch in 2020

Facebook Twitter Pinterest linkedin Telegram
Get your picture published in Moment Magazine! Where do you read Moment? On a plane, on a train, in the rain? Upside down, dressed as ...

END_OF_DOCUMENT_TOKEN_TO_BE_REPLACED

One thought on “Beshert | My Grandmother, My Hero”