My husband and I met as I, a lifelong Angelino, was fleeing Los Angeles. I had just lost a live-in boyfriend to a break-up and a job to firing and an apartment because it belonged to my ex. I was starting over in a new city, Toronto, in my dear married friends’ spare bedroom.

A dual citizen, I’d relocated in June of 2014, and by November, I—one Fish among Plenty—had met Eric online. At this point in my life, I’d already kissed plenty of frogs (if not fish), whereas Eric was less experienced, and thus possibly more optimistic, about matters of the heart. Two weeks into our courtship, he asked me to move 3,000 miles away with him to British Columbia, where he’d start graduate school in nine months’ time. I agreed. 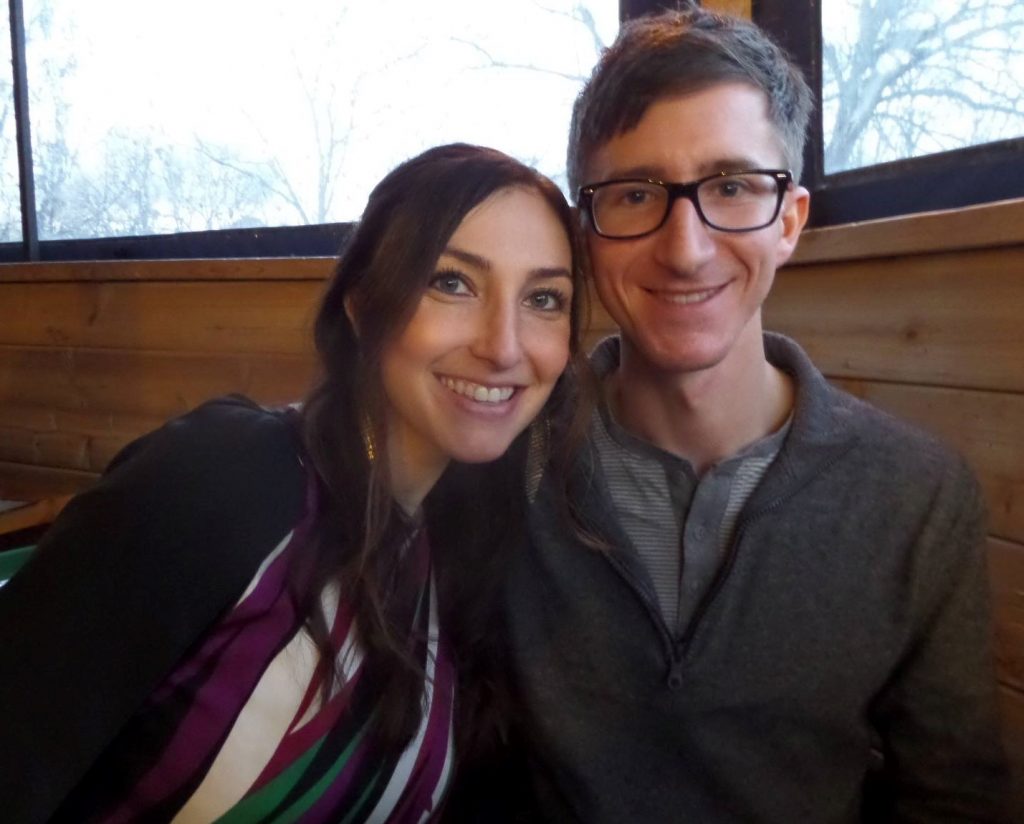 For their first date, Eric picked Melissa up at her part-time job at a Toronto store called Change. The name, Melissa says, was part of their beshert.

The move coincided with our ten-month anniversary—and brought new challenges. In Toronto, we could simply spend all our time together. In Victoria, we had to make joint decisions about our living space. For instance, I wanted a shower curtain and matching tissue box holder. He wanted a plastic curtain liner and a naked tissue box. The divide nearly broke us. (His mother literally told him: “Don’t split up over a shower curtain.”)

Suspecting we were made of more grit than quit, we decided, after those initial rocky months, to put our love to the test, spending some time geographically apart. I would move back home while Eric applied for his K1 fiancé visa, which allows fiancés of U.S. citizens to enter the country and stay if they marry within 90 days. Can we hack it long distance? we wondered. If so, our thinking went, we could hack it for life. The test, though trying, proved we were up to the task of making a permanent go of things, of forever-ing on my turf. Now, all we had to do was wait the year-plus for Eric’s immigration paperwork to clear.

In April of 2017, nearly three-and-a-half years after first meeting, my beshert and I wed civilly on American soil—within the specified 90 days—before marrying under a chuppah four months later. Today, our framed watercolor ketubah acts as a daily reminder that, although we come from different countries and believe in different gods, we can make it through anything: from shower curtains to a pandemic. We will not take each other for granted, our marriage covenant reads. And we haven’t. 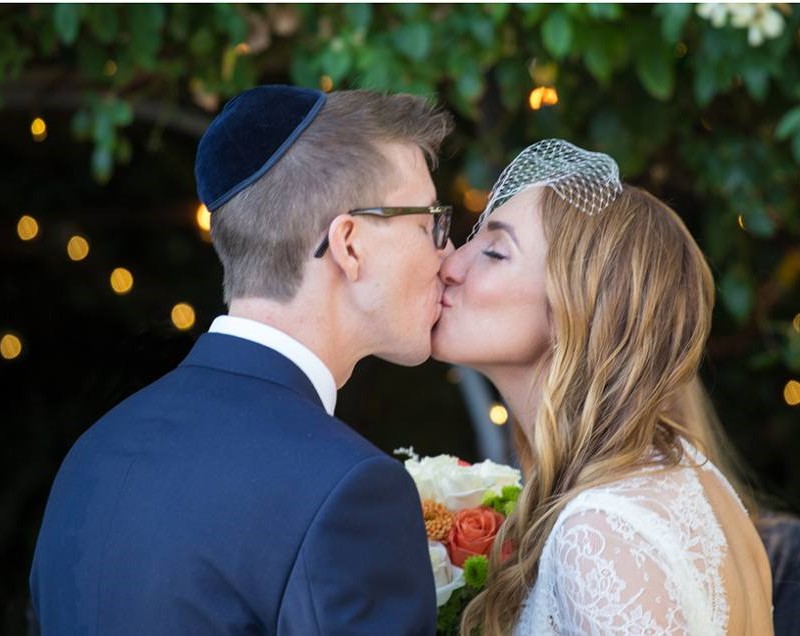 When I first planned to leave Los Angeles, so many people told me, unbidden: You’re going to meet your husband when you move abroad. The couple who housed me in Ontario—my close friends—shared a favorite Hebrew expression that loosely translates to the mantra of interior designers, everywhere: “Change your space, change your life.”

Seven years into our relationship, I know that my beshert and I have both been changed, for the better, by loving one another.

Melissa Greenwood is a writer and classical Pilates instructor. She earned her MFA from Antioch University and has been published in numerous outlets, including The Los Angeles Review and the Los Angeles Review of Books, as well as journals and broadside presses like Meow Meow Pow Pow, where she was nominated for a best small fiction award. She and her Canadian husband, Eric Hutchinson, who holds a masters degree in Philosophy and teaches elementary school, have been married for four years. They live in Sherman Oaks.