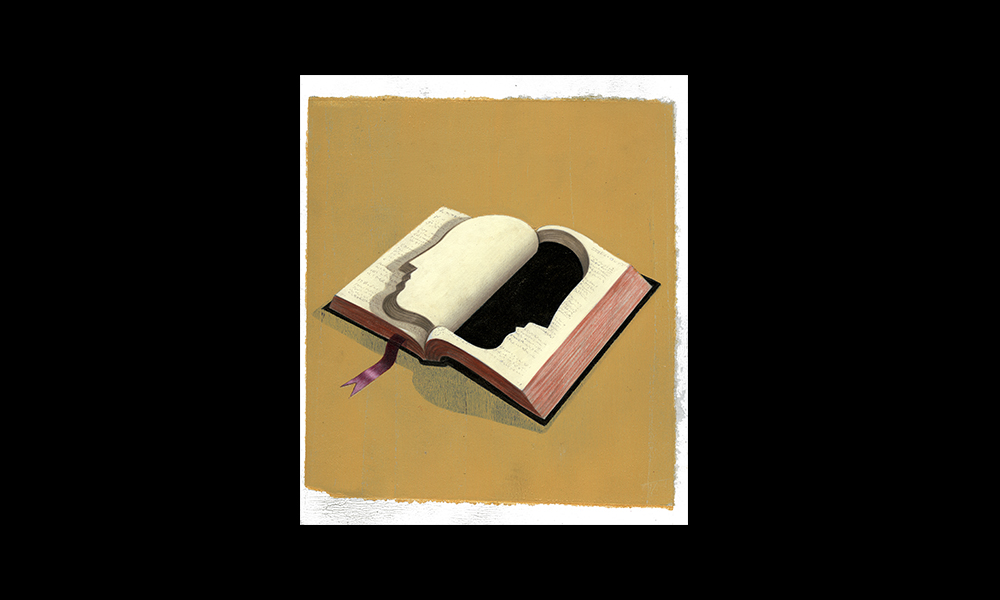 Neither Jewish law, lore nor history addresses race in any way that can be construed as problematic. In fact, the ancestor of the Jewish people, Shem son of Noah, is described by the midrash as having been black (Pirkei D’Rebbe Eliezer, beginning of Chapter 24). The most fundamental teachings of Judaism clearly dismiss racism altogether, such as “You shall love the stranger like yourself” (Leviticus 19:34), or the reminder in Genesis that all of us—regardless of race, color or belief system—were born of the same mom and dad: Adam and Eve. “Why did God create swarms of bees, prides of lions, herds of deer, schools of fish, and flocks of birds, and only one human couple? So that no one can say to another ‘My ancestry is superior to yours’” (Mishnah, Sanhedrin 4:5).

The question of Jewish law and racism cannot be separated from that of anti-Semitism. Distrust and hatred of Jews played an important role in the attitudes that Jews formed about others. With our history of suffering, we should not be surprised that our literature (law and lore) records feelings of animosity toward others and even outsized claims of Jewish superiority. Even so, any expressions of hostility sit right alongside higher moral expectations. The Torah repeatedly urges us to engage our empathy, commanding us 36 times to show our concern for strangers among us. Our creation myths and midrash remind us of the common origin of all human beings.

Jewish tradition is old and broad enough to include contradictory teachings; some condone bigotry and racism, others promote solicitude for all people. As Humanistic Jews, we are always delighted to encounter the more enlightened passages and practices. Yet they are not the source of our beliefs. A commitment to furthering human dignity and universal human rights stands at the center of our ethical concerns irrespective of Jewish attitudes from the past.

I don’t think racism is a term recognized in Jewish law, although a few remarks in Jewish tradition about people of color have been understood in disparaging ways. More essentially, the Torah insists that we treat both neighbors and strangers with ahavah, love—a recognition that we are in relationship with one another. Jewish law forbids reminding converts to Judaism of their earlier background; we might extrapolate from that to a prohibition on, for example, asking Jews of color in shul whether they are actually Jewish, which seems to go on all the time. The larger question is how Jewish tradition bids us view the relationship between Jews and non-Jews, which can sometimes take on a “racist” or essentialist disparagement of the other. We have in our background both glorious universalist sentiments and virulent hostility to non-Jews. In that we are no different from other religions or cultures; the urge to define “us vs. them” is, ironically, one of the most universal principles of humankind. The contradiction plays out in two books of the Bible—Ezra, which advances a quasi-racial opposition to the non-Jews living in the land of Israel after the Exile, and Ruth, which makes the case for a much more positive view of non-Jews. Nothing keeps one safe from “othering” except perpetual vigilance and a constant choosing of our yetzer ha-tov or good inclination (unity) over our yetzer ha-ra or evil inclination (separation).

In 1963 the Rev. Martin Luther King, Jr. convened a conference on “Religion and Race.” The second speaker was Rabbi Abraham Joshua Heschel, who suggested that perhaps the conference should have been called “Religion or Race,” for true religion and racism are antithetical. Racism is a “treacherous denial of the existence of God,” he said.

Judaism’s foundational story is about God’s taking the side of the victims of racism and economic oppression. “At the first Conference on Religion and Race,” Heschel began his speech, “the main participants were Pharaoh and Moses.” Egyptians were racist: Though Joseph was second only to Pharaoh, he ate by himself, “for the Egyptians could not dine with the Hebrews, since that would be abhorrent to the Egyptians” (Gen. 43:32). It was racism that led to such brutal oppression by Pharaoh that God broke through nature and history to hear the Israelites’ cries. Judaism teaches that God is on the side of those who struggle for freedom; the Torah’s great principle is that every human being is created in the image of God. These are the principles on which all of Judaism rests. Jewish law is and should be an expression of those principles, and therefore I believe that racism is absolutely against Jewish law.

The Talmud teaches that all people are descendants of a single person so that no person can say, “My ancestor is greater than yours.” This foundational belief in the equality of all humanity was established in the opening chapters of the Torah. Regardless of whether we believe this creation story, its position as one of the very first lessons of the Torah gives it a place of high priority: All human beings are created equal. This belief in equality compels action in response to discrimination, racism and racial injustice.

In the Reform movement, the work of racial justice reaches back before the civil rights movement. We have an obligation to learn about racial diversity, confront our implicit biases, challenge the deep systemic and cultural sources of those biases and address the racial disparities that plague our society. To create racial justice in America, we must look deeply into and change our own beliefs about our neighbors. And we must change the systems and structures that perpetuate racial injustices. This is not easy work to do. It is our sacred obligation.

The Torah teaches the equality of all human beings created in the image of God (Genesis 1:27) and is positive toward non-Israelites. Rabbinic literature similarly contains numerous positive statements about gentiles. We can’t deny that there are passages in rabbinic literature, kabbalah and medieval philosophical works that depict gentiles as inferior to Jews and sometimes even as less than human. Some can be explained as normal reactions to the cruel treatment of Jews by non-Jews, be it the Roman Empire, the Church or others. Some, however, go far beyond that, positing an exclusivist theology.

In the 21st century, though, there is only one correct answer to this question: Yes. Leviticus 19 begins, “You shall be holy, for I the Lord your God am holy.” The halachic authority Nachmanides (1174-1270) says this means Jews must obey not just the letter but the spirit of the law. The spirit of Torah is clearly conveyed in Genesis 1:27: If all humanity is made in God’s image, then clearly any kind of prejudice or racism is forbidden. Nachmanides introduces the phrase naval b’rshut ha-Torah—being despicable within the permitted boundaries of Torah. Loosely defined, this means that being holy means not engaging in disgusting behaviors that are not specifically forbidden but are not right either.

The Talmud makes clear that every human, as an image of God, is endowed with three intrinsic dignities: infinite value, equality and uniqueness (Sanhedrin 37a). This completely demolishes racism. However, over millennia of gentile persecution, a lot of antagonism crept into Jewish attitudes. Thus, one rabbi in the Talmud lashes out, “You [Jews] are called Adam [that is, the image of God] but idolaters/gentiles are not.” Considering ongoing Christian and Islamic denigration of Jews as less than human, such backlash is understandable. In modern times, though, great rabbis such as Rav Abraham Isaac Hacohen Kook in Israel and Rabbi Joseph B. Soloveitchik in the United States reaffirmed the universal dignity of all people.

Still, narrow-minded, socially isolated fundamentalist Orthodox rabbis often seize upon past texts of anger and rejection and seek to apply them to gentiles today. Recently, Channel 13 in Israel broadcast videotapes revealing that important rabbis at a pre-army Mechina (training program) openly endorsed racism. They claimed that racial theory proved Jewish superiority. They justified permanent annexation of the West Bank on the grounds that the Arabs are an inferior race and would welcome being subservient to Jews. Such comments are especially disgusting coming after the Holocaust and the evidence that racism leads to hatred and genocide. The prophet’s cry “We have one father: One God created all of us” (Malachi 2:10) rebukes such vicious attitudes. Sadly, Orthodoxy has a lot of work to do to root out racist and anti-other attitudes in its religious leadership and culture.

If I had to make a strong halachic argument for some provision attached to one of the preexisting categories of the Torah forbidding racism, I’d be hard pressed. I don’t think I could make the halachic guidelines that plastic. Rabbi Shlomo Luria, nearly 500 years ago, argued that with the exception of great moral deficiencies like murder, stealing and deception, the Torah mostly describes behavior between Jews and relies on secular law for the rest. So it’s not so surprising that there’s no outright prohibition against being a bigot. Nonetheless, I think racism violates some important meta-principles of the Torah, particularly the thinking of Maimonides, for whom there is a 614th commandment, Thou Shalt Not Be an Idiot. Racism is objectionable for two reasons. One is that it’s just stupid. We are taught as Jews to notice differences rather than group things together. Racism is by its nature a failure to take note of the great differences between people within a group, and as such it is intensely anti-Jewish. Second, in practice, it creates a chillul hashem, a desecration of God’s name, when people who are charged with keeping God’s word alive ignore those fundamental distinctions in their dealings with other people.

As per the Torah, I am a creationist, and thus for me the answer is yes. If we agree that G-d is everything, then He is every color. Anything less would be a limitation, and He is unlimited. One is anti-Semitic not when one dislikes someone Jewish, but when one dislikes them merely because they are Jewish. Likewise, disliking someone of another race because of something they did is one thing; judging them or treating them poorly merely because of their race is racism, upon which the Torah frowns. People of any color may convert to Judaism if they choose to accept the Torah and its guidelines for life. If you believe G-d created and sustains the world and everything in it, then there is no place for hate or discrimination merely because of skin color.

To ask if Jewish law forbids racism is to ask if you have ever read the first chapter of Genesis. In it, the Torah presents the most revolutionary idea of ancient times, which, judging by the xenophobia, racism and bigotry that are still prevalent, remains one many cannot easily digest. That idea is contained in two Hebrew words: B’tselem Elohim, the image of God, and it is very carefully inserted into the larger context of the creation story: “Elohim created man in His image, male and female He created them” (1:27). The Torah emphasizes that the image of God is a concept embedded in men and women equally. The idea is reinforced in Genesis 5:2: “Male and female He created them, and He blessed them, and He named them Adam.” The woman is Adam—created in the image of God—just as the man is.

The message of these verses is much greater than equality between men and women. It is about the equality of all humankind. The binary difference between men and women is one’s first instinctive reaction upon seeing a human being (the inability to clearly define a non-binary person is probably the reason why there is so much bigotry towards them). By equating men and women, the Torah states that the image of God is not expressed physically. Racism is therefore a rejection of the very foundation of the Torah. This is not to say, however, that there are no racist Jews.