Ask the Rabbis | What Are Our Obligations as Jews Toward the animals We Use, Live With or Eat?

Home / Issues / 2013 May-June / Ask the Rabbis | What Are Our Obligations as Jews Toward the animals We Use, Live With or Eat? 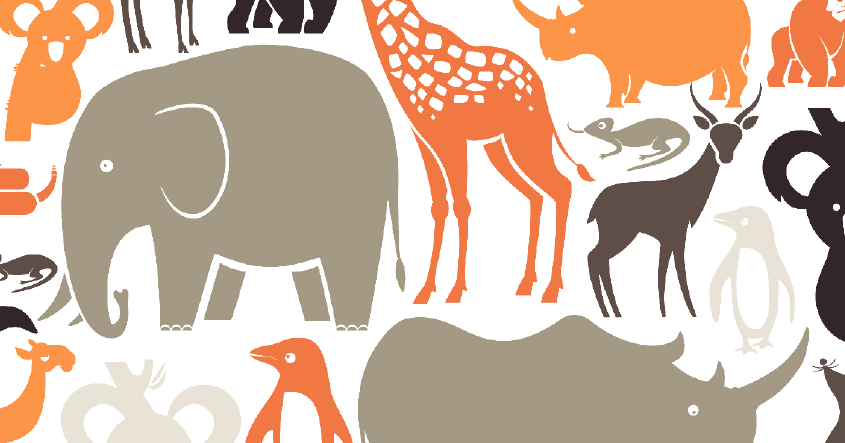 Ask the Rabbis | What Are Our Obligations as Jews Toward the animals We Use, Live With or Eat?

“Until the nineteenth century,” Cecil Roth wrote in The Jewish Contribution to Civilization, “cruelty to animals was nowhere illegal, except in Jewish law.” This prohibition on cruelty is long-standing and expressed in many ways. We are supposed to feed our animals before we feed ourselves; we are not permitted to plow our field with two animals of two different species, such as an ox sharing the yoke with a donkey (Deuteronomy 22:10), because of the discomfort caused to the slower animal in having to keep up with the pace of the larger one. We are not allowed to muzzle our animals while working the field with them, preventing them from eating while they work (Deuteronomy 25:4). Castrating an animal is forbidden because of the pain it causes and the pleasure it prevents (17th-century Rabbi Yosef Karo in Shulchan Aruch). Even tying an animal’s tail is forbidden because it renders the animal incapable of driving away flies (13th-century Rabbi Yehudah HaChassid in Sefer Chassidim).

We cannot work our animals on the Sabbath, but if our cow is in pain because of a full udder, we are not only allowed to milk her but are obligated to do so. If you see an animal fall, you must help it to get back up again (Deuteronomy 22:4). If you see an animal struggling under its load, you are obligated to remove its load, even if it is someone else’s pack animal, and even if it belongs to your worst enemy (Exodus 23:5).

Numerous rabbinic authorities agree that Jewish law forbids hunting animals for sport. The ancient rabbis disqualified anyone involved in cockfighting from being a witness in a law case (Talmud Bav’li, Rashi’s commentary on Sanhedrin 25a).

Some teachers applied the Golden Rule, “Love your fellow as yourself,” to animals no less than to humans (12th-century Rabbi Avraham Ibn Ezra on Leviticus 19:18 ). Our animals are not only supposed to “rest” on the Sabbath but should be allowed to graze unhindered so that they, too, may experience its pleasure (Midrash Mechil’ta and Rashi on Exodus 23:12). Work animals, no different from human laborers, were supposed to be paid in cash so that their owners could buy them food immediately (responsa of the 17th-century Rabbi Chayyim Dovid Yosef Azulai). Listed among three good deeds that will accrue a share in Paradise even for non-believers is behaving humanely to animals (10th-century Rabbi Sa’ad’ya Gaon in Emunot V’De’ot). The bottom line: The righteous person, or tzaddik, “knows the soul of his animal” (Proverbs 12:10).

In the Shabbat service in my community, we recite these words: On Shabbat we pause to reflect upon our yesterdays and tomorrows, to renew our ties with our families and friends, to restore our energies, to refresh our spirits. We also say: On Shabbat we commemorate the first labor law ever written to guarantee workers, and even animals, a break from their toils.

Even though most of us now live far from the farm, it is good to remind ourselves of this important ethical maxim.

Recently I read a story about a Jewish peddler traversing the American countryside who looked for shelter not only for himself, but also for his horse, each evening. He knew that his horse needed a refuge from the cold and the rain as much as he did. He also kept up a running conversation with his horse, essentially his best friend, long before dogs took over that role. I’m aware that traditional Jewish texts cast aspersion on dogs as noisy, filthy, greedy, vicious and even demonic. Personally, I am glad that I grew up in an enlightened home where dogs were viewed as loyal, loving and obedient, and earned and deserved our love in exchange.

The City Congregation for Humanistic Judaism

Today our relationship with animals tends to fall into one of two categories: They are either pets or commodities, serving as a source of food or other products useful to us. According to the book of Job, there is a third category: animals as teachers. “But ask the beasts, and they will teach you” (Job 12:7). I understand this to mean that it is incumbent upon us to learn from every animal.

The Torah mentions dogs 33 times. From the Talmud, we learn that they are loyal. Rabbi Edeles, the Maharsha, taught that kelev, the Hebrew word for dog, is really an acronym for kulo leiv, “all heart,” so dogs teach us not to do things halfheartedly. During the winter I work with dogs as part of my rabbinate, leading Jewish groups on dog-sledding Shabbat retreats. These dogs have taught me two lessons for which I am profoundly grateful: Strive to love people unconditionally, and love what you do as much as the dogs love to run. It is our duty to demonstrate respect and gratitude toward teachers such as these.

Too often, we think we are the apex of creation, the unfettered rulers of Earth. Not so. We have “dominion” over the animals, but then again, I have “dominion” over my children. This “dominion,” rooted in love and care, cannot justify destruction, death or even disrespect. Dominion is conditional, something we must merit (Rashi on Genesis 1:26). And it’s descriptive, not prescriptive, says Maimonides. While we share 98 percent of our DNA with apes, a few differences (opposable thumbs, language) position us inevitably to rule; these powers must be exercised carefully.

Though just a notch below angels (Psalm 8), we’re mortals too, with little advantage over other animals (Kohelet 3:19). Creation exists for other creatures’ sake (Psalm 104), not just ours. Even the tiny ant has something to teach us (Proverbs 6:6). On day six of creation, God calls the other land animals “good” but is silent about humanity; only after God saw “all that God created” was it “tov me’od, very good” (Gen. 1:31).

Animals must be within our circles of compassion and concern: Ideally we ought not kill and eat them. Certainly we mustn’t abuse them. Never should they go extinct on our watch. By these measures, we’ve hardly earned our “dominion.”

Our family’s first pet was Rashi, a gentle, loving Bernese mountain dog for whom we would regularly dog-sit. My young sons considered Rashi a member of our family even though she actually belonged to a dear friend. We compared Rashi’s visits to having an aunt come to stay for a couple of days. (Yes, Rashi was female, despite being named after the medieval French rabbi.) Soon after Rashi died, we welcomed Cookie, who had been cruelly abandoned by an irresponsible owner, into the family.

In Deuteronomy 11:15 we read, “I will provide grass in the fields for your cattle—and thus you shall eat your fill.” From this we learn that a person may not eat or drink before first feeding his or her animals. This mitzvah and others in Torah teach us that the ethical treatment of animals is part and parcel of our obligations in living a Jewish life.

Our family’s commitment to caring for Cookie, and Rashi, has always been guided by the Jewish value of tza’ar ba’alei chayim, kindness to animals. We do not abuse or hit our pets or cause them to fear us. We care for their health and well-being. We give them love and affection. And when the time comes, we help relieve their suffering and pain. All the more so should we apply similar ethical imperatives to our relationships with other human beings.

Jews have been wrestling with how to eat meat in an ethical and holy way since the beginning of our history. From our shepherding ancestors to animal sacrifice in the Holy Temples, from the dominance of “glatt kosher” to worker abuse at Agriprocessors, issues and questions abound.

What makes meat “kosher” in the 21st century? Does it make sense to simply follow Talmudic or medieval dicta? Should we also consider how the animals we eat are treated before being slaughtered? For example, should it be permissible to eat veal, considering how young calves are raised, or foie gras, given how goose livers are enlarged? Should factory farm-raised chickens be kosher? In short, should a Jew in the 21st century consider expanding the definition of kashrut laws to include business ethics and modern environmental values?

The organization Hazon explores many of these questions. Its website, hazon.org, is a starting point for discussing how Jews today are observing kashrut, sometimes by challenging the mainstream kosher meat industry to bring together ancient traditions and modern environmental sensibilities.

Our behavior should be guided by the fundamental point—the Jewish attitude to life. Judaism treasures life; it teaches that God is the Source of life. God loves and delights in life and wants more of it (Genesis 1:20, 22, 24, 25, 28; 9:1-7). All life, then, should be experienced as dignified—and treated with reverence and respect. The laws start with bal tashchit—not to waste. Wasting something is a statement that it is of no value. Bal tashchit applies to all created things. Living creatures deserve an even higher level of respect—hence the prohibition of cruelty to animals (unless needed to save a higher, i.e. human life).

The higher the form of life, the more reverence it must be shown. Therefore, the Torah favors vegetarianism (Genesis 1:29). Kashrut represents a compromise with the real world in which meat is permitted with restrictions (Genesis 9:1). The higher the form of life we eat, the more stringent the kosher restrictions. In the Messianic age, when the world is perfected, vegetarianism will be universal (Isaiah 11:6-7).

An ox which serially attacks or kills a human is to be put to death (Exodus 21:28ff). But first there must be a judicial inquest (Talmud Bavli, Sanhedrin 2a) because killing such a high form of life is a serious step. An ape is to be treated as an almost human form of life (Tosefta Hullin).

In sum, we owe respect and reverence to the animals we use, live with or eat. The only limit is that the respect comes second to reverence and care for human (that is, the highest form of) life.