Beshert | A Vow Not to Marry, Then a Walk Down the Aisle

At 5:30 each Saturday afternoon, after every necktie had been smoothed and re-shelved, after every dress shirt sold had been replaced with a new one crisply folded, after we turned the lock on the front door and lowered the metal grille of FrankStella Clothiers, Stella dropped me off at my 54th Street apartment before driving home to Long Island. 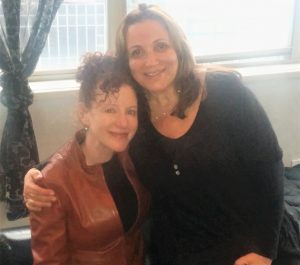 Beth and friend Stella catching up in New York, 2014

The men’s shop she and her husband owned was on Sixth Avenue, a few blocks north of Rockefeller Center. On quiet Saturdays, Frank stayed home with their twins while Stella and I draped silk ties around necks and demonstrated the charm of French cuffs. Warm but direct, Stella was the older sister I should have had.

“Bethie,” she would often advise, “you have to settle down and get married.”

Still in my early 20’s and loving the single girl in the city life, my answer never wavered. “You know I am not getting married.”  Never having been one who planned her wedding day or named future babies, I fancied myself a strong, independent woman in the Big Apple.

One Saturday we saw fewer than half a dozen customers, one of them, a Midwestern academic turned stockbroker. Arthur left 40 minutes later and several hundred dollars lighter. Stella and I watched as he headed up Sixth Avenue, folding into the crowd.

“That’s the one you are going to marry,” she said.

“Not going to happen,” I replied, though my phone number was safely tucked away in his pocket. (While marriage was out, I was open to dating.)

Arthur called Wednesday. I met him for dinner on Saturday. We were married a year and a half later. 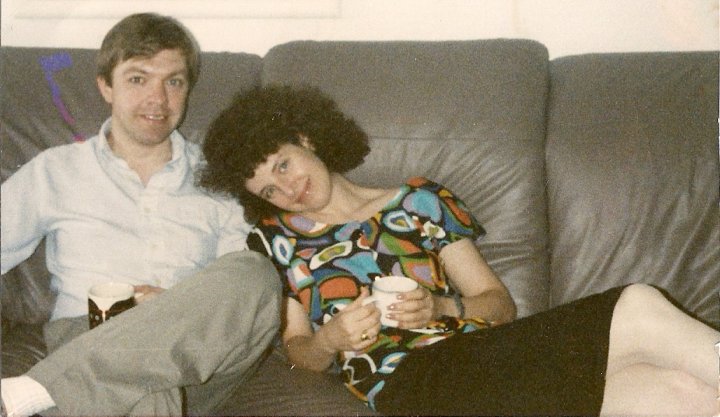 The truth was, I fell for Arthur the moment he approached me in the shop. In just a few months, I knew that this Wisconsin WASP who’d never seen a bagel until he moved to Baltimore was my beshert. I’ve always been an all or nothing kind of girl. 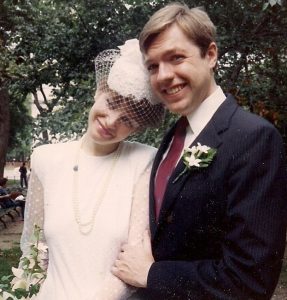 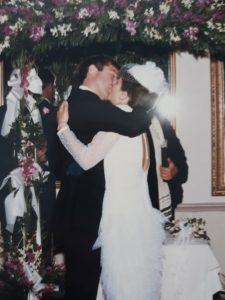 I also broke my vow to stay in New York. Arthur missed academia, teaching and writing. Before we were married, he interviewed at the University of the South, returning to New York with a job offer—and a proposal. Would I trade New York City for Sewanee, Tennessee and become his wife?

In true menswear fashion, we tied the knot at an intimate French restaurant in Greenwich Village. Every time we spun by Stella and Frank on the dance floor, immersed in our joy of the wedding haze, they chanted, “I’m never getting married!”

Beth Herman is an essayist, artist and school docent at the National Gallery of Art in Washington, DC, where she and Arthur live. Married 33 years, they enjoy running, reading and writing. Arthur Herman is the New York Times best-selling author of nine books, including How the Scots Invented the Modern World. His tenth book, The Viking Heart, is due out in August 2021. You can more of Beth’s essays here.

One thought on “Beshert | A Vow Not to Marry, Then a Walk Down the Aisle”