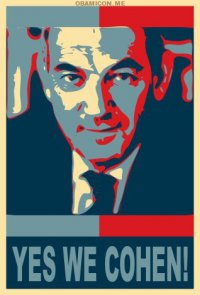 Last month’s Dutch election brought to the fore an issue which is being hotly debated throughout Europe: Muslim immigration. Anti-Islamic sentiment has been gaining ground in Holland since the murder of filmmaker Theo Van Gogh in 2004 by a Muslim extremist. The issue of how to respond to this sentiment has sharply divided politicians, and this summer’s election presented voters with two candidates of distinctly opposing views. Geert Wilders led the battle to close Dutch borders to Muslims, running under the banner of his newly created People’s Party for Freedom. Wilders was originally considered a fringe candidate, having called for such dire measures as banning the Qur’an. But Holland’s Muslims were not political outcasts in the election, as the predominantly Moroccan community found a rare ally— a Jewish politician.

Job Cohen, the former mayor of Amsterdam, made a bid for the premiership as head of the Dutch Labour Party on a platform of integration and sympathy. Cohen’s party won the second most seats in parliament, six seats ahead of Wilders’ party and one seat behind Mark Rutte’s fiscally conservative People’s Party for Freedom and Democracy. Cohen’s platform lay in distinct opposition to Wilders’, as he championed traditional Dutch values of tolerance and acceptance.

The non-traditional aspect of Cohen’s resume is his Judaism.

Throughout his political career, Job Cohen has lent a sympathetic ear to the Dutch Muslims. As Mayor of Amsterdam, Cohen led his city through a twin waves of ethnic tension; the first occurred in the aftermath of 9/11, and the second in November of 2004 after Mohammed Bouyeri brutally murdered Theo Van Gogh for airing Muslim abuses of women in his film Submission. In both instances, rather than condemning Islam as a whole or crusading to oust Muslims from the city, Cohen allied himself with Muslim leaders and communities. And in the face of violent outbreaks (including the burning of Amsterdam mosques), Cohen did not rely upon the police alone to keep the peace. Rather, he and an appointed group of aides walked the streets in order to gage public sentiment and create what he called “peace-scripts,” though which he could literally use the voices of the people to sculpt policy.

A recent New York Times profile of Cohen called him an “Integrationist,” who “has repeatedly said that ‘keeping things together’ was his motto for governing the city.” For this and other actions befitting his “Integrationist” title, including being the first public official in Europe to officiate a homo-sexual marriage, Time European Magazine named Cohen a “Hero” in 2005. Cohen was also the runner up in the 2006 World Mayor contest.

Cohen resigned from his post as mayor in March this year in order to lead the Dutch Labour Party. His bid for the premiership gained considerable political following and media attention, catching the eye of politicians in other European countries where liberal leaders are struggling to make their message heard among financially concerned audiences. Many political hopefuls would like to parrot the success of his “Yes We Cohen” campaign, whose Facebook page attracted 12,000 new members in its first week, according to the New York Times.

Other Jewish leaders, like the up-and-coming Miliband brothers (Read Moment‘s  cover story on older brother David) of the British Labour party, would do well to keep Cohen’s conciliatory policies in mind. As is common when ethnic tensions flare anywhere in the world, Jews have encountered a surge of anti-Semitism in the liberal city of Amsterdam. Increasingly dire reports of abuse against Jews, homosexuals, and other minorities have prompted investigations, in which undercover cops walk the streets disguised as the various vulnerable populations. Despite the common perception among American Jews that the two Semitic populations must necessarily be at odds, Cohen’s example illustrates that in fact, Jews and Muslims can be most successful allies against a greater evil: intolerance.