Why Ramy Is the Most Jewish Show on TV

The following article contains spoilers for Season 2 of Ramy

In every person’s life, there is a moment when they see themselves for the first time in fiction. For some, it comes while reading a novel on a quiet Shabbat afternoon. For others, it occurs on the booming screen of the local movie theater or the colorful stages of Broadway. It can be an empowering moment, especially at a young age, reminding the reader or viewer that others see the world as they do and that their story matters. At the same time, it can emphasize an individual’s isolation—especially if it takes years to see oneself in fiction—and highlight systemic prejudices and omissions that play out in our cultural mediums.

For me, a 24-year old American Modern Orthodox Jew, my moment came while watching Hulu’s Ramy, a semi-autobiographical comedy created by and starring Ramy Youssef. Those familiar with the show may find this odd. After all, it follows Youssef’s titular character, an American Muslim millennial, as he struggles to reconcile his Egyptian heritage and Islamic faith with America’s individualistic and sexualized culture. Not exactly NJB (Nice Jewish Boy) TV. 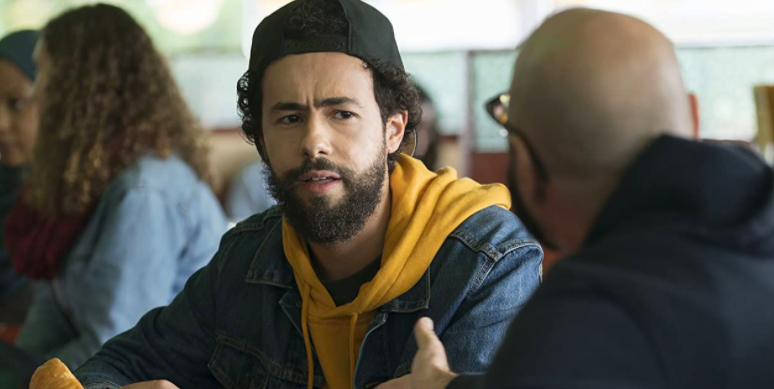 However, Ramy’s balancing act is reminiscent of my and my friends’ encounters with modernity, which often come into conflict with the codes of law of more traditional sects of Judaism’s (and Islam’s, for that matter). Sexual prohibitions and laws regarding modesty fly right in the face of the hookup culture that dominated my college and early adulthood years; leaving a party early so you can wake up the next morning to pray is very difficult when you know everyone else around you may just sleep in; kosher and halal restrictions bar specific foods, leaving adherents of faith such as myself with limited breakroom snack options and endless anxieties about the office’s next dinner party.

Despite the centrality of law and ritual in traditional, observant Jewish faith, American TV rarely deals with religion’s complications. Instead, Jewish characters on shows such as The Marvelous Mrs. Maisel, Hunters and Broad City express their Jewishness through culture and history. Sure, a character may be seen in shul on the High Holidays or go on Birthright. But these are often portrayed as social rather than religious actions. Jewish characters rarely, if ever, deal with questions of faith and worship.

Ramy fills this void, providing a complicated and honest look at the everyday challenges that many Modern Orthodox Jews face in their lives through the lens of a Muslim protagonist.

As a man of faith, Ramy strives to be a good Muslim. He prays as often as he can, avoids alcohol and only eats Halal food. However, he often puts himself into situations related to drug use and premarital sex, two activities that both traditionally observant Jews and Muslims tend to look down upon. Yet he handles himself well when it comes to drugs, avoiding them at parties and living peacefully with the tension. He understands that he is missing out on certain millennial experiences, but he values his religion more and is willing to make the sacrifice.

He stumbles, however, when it comes to lust, sleeping with women of all religious backgrounds and watching obscene amounts of pornography. It’s not that he believes that sex before marriage is allowed by Sharia. Ramy is aware of the law, and the show seemingly goes out of its way multiple times to remind viewers that Ramy is a well-educated Muslim. At one point in the series, he even stops hooking up with a woman so he can make it to morning prayers. Rather, he lives with the tension of his sin, believing that what he is doing is wrong, but doing it anyway.

Religious tensions related to drugs and sex are not new to Modern Orthodox Jews. The smell of weed was common during my years in the dorms of Yeshiva University despite many of the university’s rabbis opposition to it, and Ramy’s struggles with sex before marriage remind many young unmarried and observant Jews of the “tefillin date,” i.e. when a religious Jewish man brings his tefillin on a date knowing that he will need them to pray after spending the night. It indicates that the man is religious enough to pray morning services in a timely and correct manner, but also willing to have sex before marriage. Many in the Modern Orthodox community criticize these practices—and milder examples, such as kissing before marriage—as picking and choosing which religious laws they wish to follow. 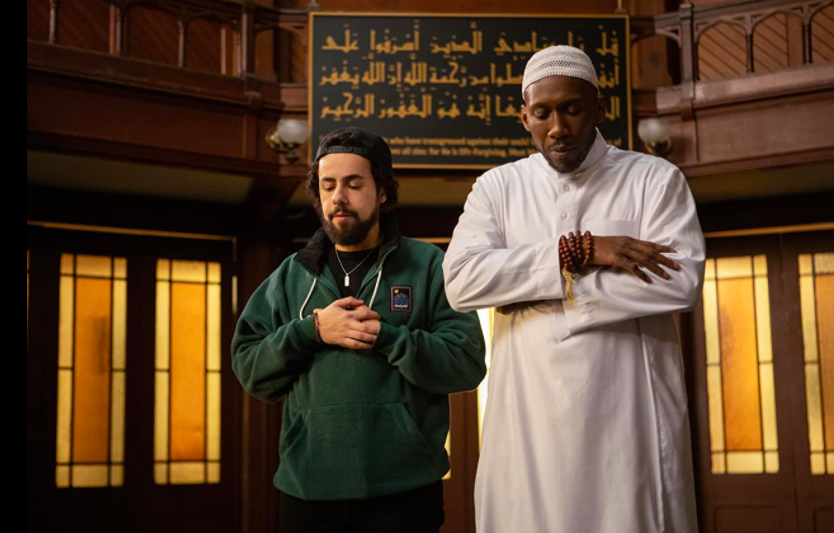 Of course, not every rabbi and imam is closed off, and Ramy finds a guide who is willing to listen to him in Sheikh Ali Malik (Mahershala Ali) at the start of Season 2. He openly confesses his anxieties and questions regarding his religious path, even revealing a dark secret that the audience had long suspected. “I feel like I have this hole inside of me that’s always been there,” he confides to the sheikh. “I don’t want desires. I don’t want anything. I just want God.”

Ramy’s search for God, however, ends up leading to his downfall. In an effort to show his dedication to the mosque, Ramy invites a struggling veteran, Dennis, into its halls. However, his failure to disclose his new friend’s PTSD indirectly leads to a violent outburst from Dennis and the death of an anti-Muslim peaceful protestor, jeopardizing the institution’s future. Later in Season 2, Ramy tries to prove that he is over his sexual desires by committing himself to a relationship with the sheikh’s daughter Zainab. But Ramy was never emotionally mature enough for this step, and ends up cheating on her the night before their wedding, sabotaging his relationship with the sheikh in the process.

It is Ramy’s search for absolution—and his failure to find it—that may resonate most with Modern Orthodox Jews. Ramy is so desperate to find an answer—the answer—that he is blind to his hypocrisy and the destruction he causes to those around him. Of course, most of us won’t relate to Ramy’s specific, sometimes surreal actions. However, the desire to seek release from our guilt and its overarching dominance over our lives is a feeling that is all too familiar.

Ironically, in the eyes of both Man and God, Ramy would be a much better person if he just did nothing and had more confidence in himself as he is. We, as viewers, know that Ramy is a good person at his core, and I doubt I was the only one yelling at the screen telling Ramy to just slow down in his quest for salvation. Yet it is this dramatic irony, in Ramy’s failure to see that his true shortcoming is his inability to accept himself, that provides a window for Modern Orthodox Jews into our own experiences. His spiritual failures are our failures, and shining the spotlight on him creates a mirror for struggling Jews such as myself, instilling within us the humility to live with our sins and to grow from them.

Living with sin does not necessarily make you a bad person, nor does seeking growth provide a pardon. We are not evil or pure. We are human. As Michael, a new Islamic convert, tells Ramy early in Season 1, we usually think, “I do these things and I don’t do these things and that’s who I am. But it’s a trick of the devil, you know?” For some Modern Orthodox Jews, we know it all too well.