Who are you Sheldon Adelson? 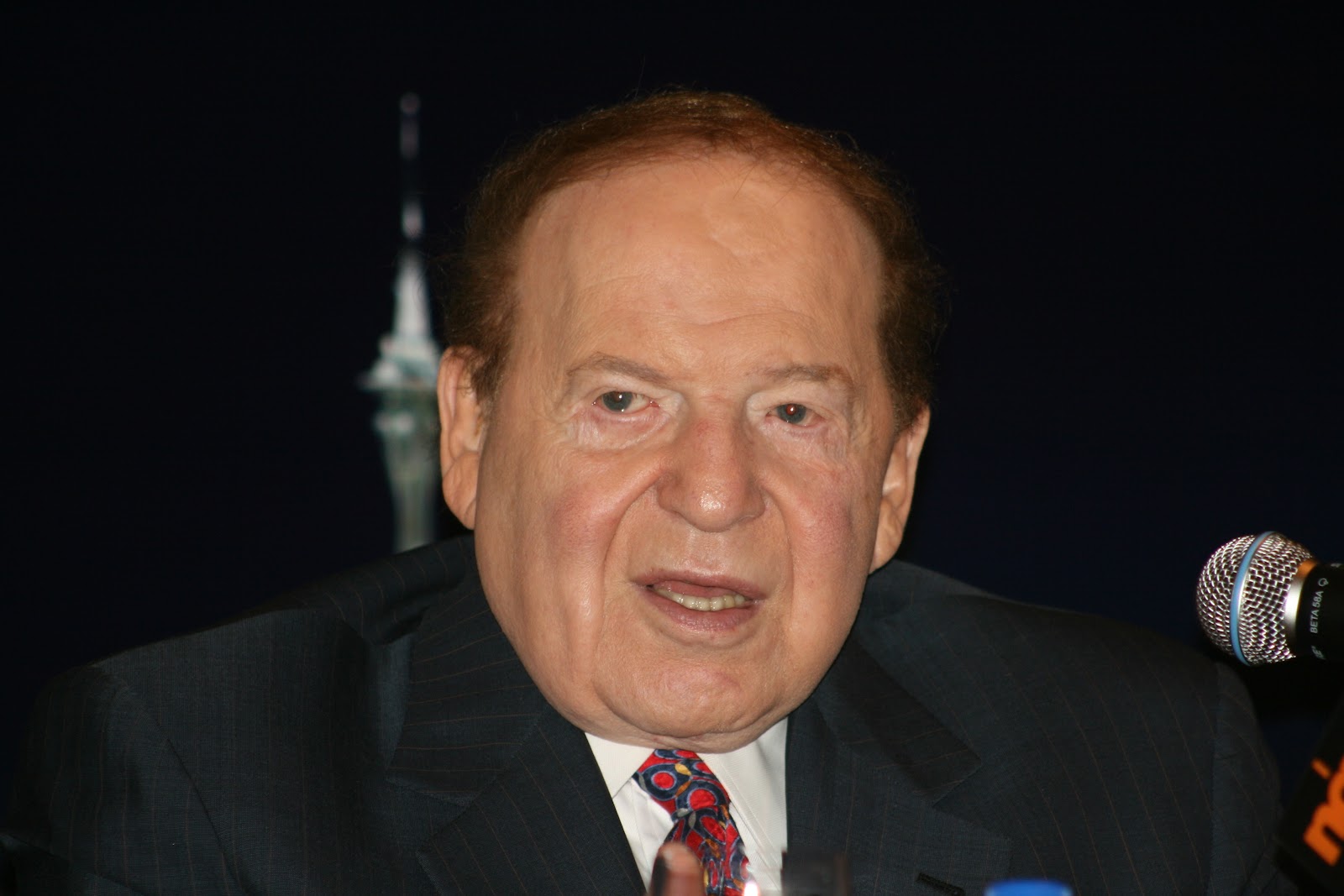 Who are you Sheldon Adelson?

Sheldon Adelson, a worldwide gambling tycoon, the political mentor of Israel's Prime Minister, Benjamin Netanyahu, the man that invested millions of dollars in Israel and the USA to support the conservative causes, passed away this past January. He had spent the past few years fighting Hodgkin's Lymphoma. Today dear readers, let's look at some of the most critical points in Sheldon's life. 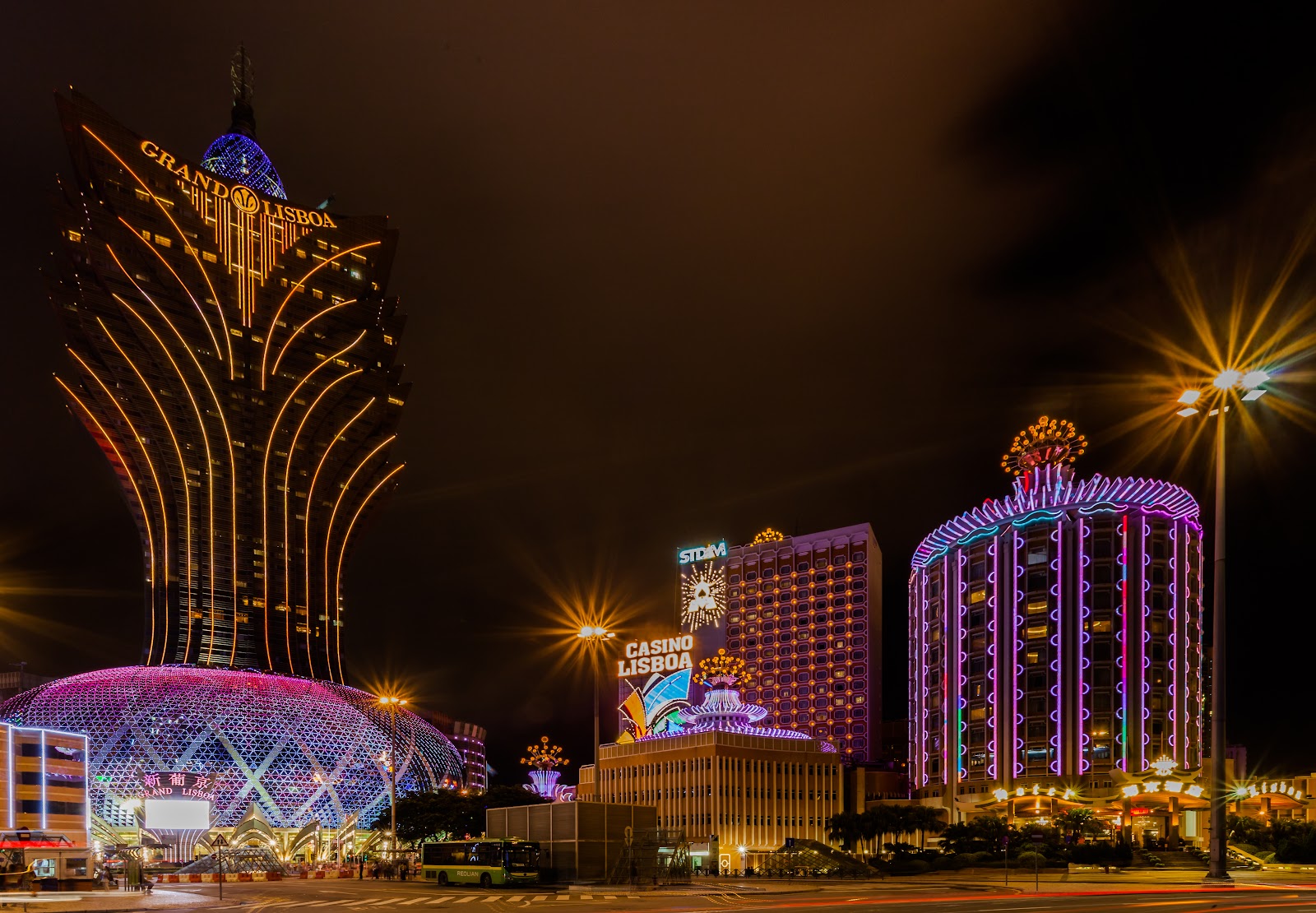 Sheldon Gary Adelson was born on August 4th 1933 in the Jewish ghetto of Dorchester in Boston. He was the son of an Askenazi Jewish taxi driver from Lithuania and seamstress. His early life was lived in a single room in the house shared with his whole family. His first steps in business were taken at the age of 12, borrowing money from his uncle to buy a newsstand. The vending machine business made him a millionaire. His business life was not, however, as smooth as it looks from the outside. He would reveal in later interviews that a number of doors were closed to him in business, because of his religion and low social standing.

In the 80s and 90s, he became an important investor in Las Vegas. In 1989 he bought the destroyed Sands casino in Nevada, and a decade later, he was leading the gambling business worldwide, with special rates in Macau and Singapore. In 2018, his fortune was calculated at over 36.000 million dollars or 29.500 million euros. After huge successes in the casino business in Macau he tried his famous playing to win method in Spain when investing in the controversial Eurovegas project.

A project so controversial it became a stain in the presidential files of Mariano Rajoy. The Spanish Government gave Adelson the red carpet treatment, as many laws and regulations were bent to help smooth the way. This was all in an effort to guarantee a billion-dollar investment that would have created thousands of job opportunities. In July 2013, Adelson's company presented the proposed project in Madrid. At that point the requested guarantees and tax breaks requested from both Madrid and Brussels was too much. The project was scrapped after that. Rajoy's Government gave the final nail to the coffin after putting all of their eggs in the Spanish casino project. Adelson's empire wasn’t just concerned with Roulette, Baccarat, or casinos on social media, as he used his fortune to alter the media landscape in Israel and promote political candidacy in the US. 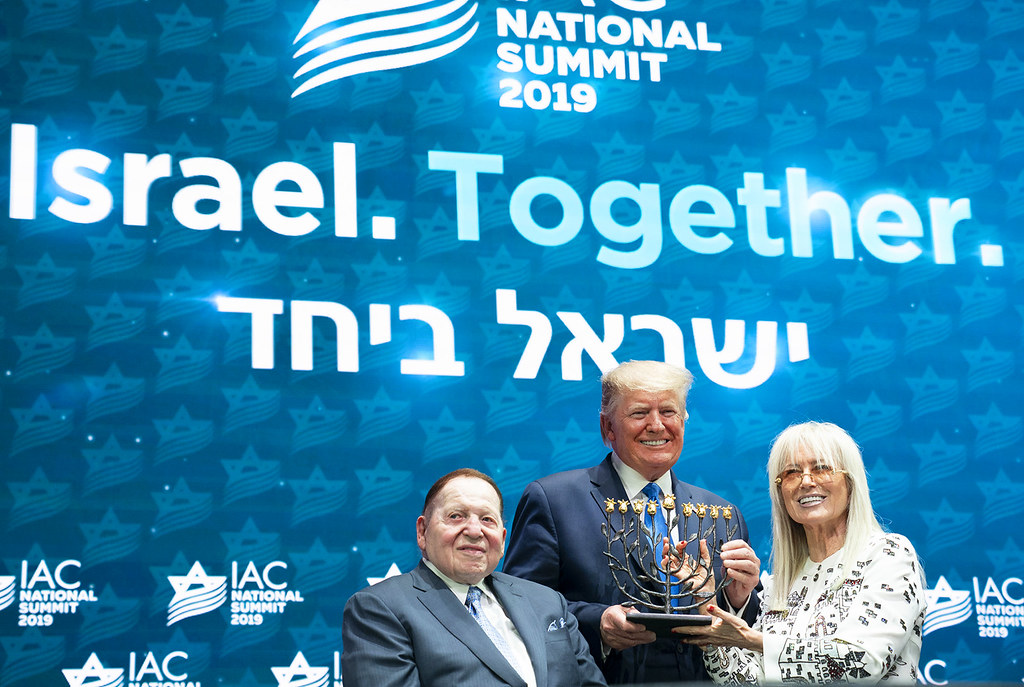 One of the first recipients of his support was President George W Bush between 2001 – 2009. After hearing news of Adelson's passing, Bush described the man as a friend, "an American patriot, a firm defender of Israel and generous benefactor of charity causes, especially medical researching, and Jewish heritage." Adelson was a large contributor to the leading Jewish lobbies in the US.and Israel. That was not the end of his political machinations. Adelson blew away media balance in Israel by creating the free newspaper ‘Hayom’ in 2001. The paper was so decidedly pro-Netanyahu, opposition leader at that time, that it was often described like Russia’s Pravda. The newspaper was at the center of a scandal about phone conversations between Netanyahu and its chief editor. The allegations speak to a quid pro quo between the media organization and Mr. Netanyahu. By 2014, Adelson had given $200 million to the newspaper.

Netanyahu wouldn't have been able to return to the Government in 2009, as prime minister, without Adelson's support. Netanyahu expressed his regret after Adelson's death. “He was a wonderful friend and a champion of the Jewish cause, the Jewish State and the alliance between Israel and the US. The warmth of his heart, the clarity of his thoughts, and the determination of his actions were truly exceptional".

Adelson was, among other things, an ultraconservative, supporter of a hard line against Iran's aggression, and a great donor of the Republican Party in the US. In 2016 Adelson injected tens of millions of dollars into Trump's campaign and was in the background of some of the most controversial decisions made by Trump after his election. Moving the embassy to Jerusalem and the US withdrawal from the nuclear treaty with Iran are both key issues Adelson personally campaigned for. Adelson was a focal point of Netanyahu and Trump's campaigns. As many refer to his involvement in politics, his political bets were widely criticized in both countries for being a clear representative of wealth support and advantage in the political battleground. Yet in 2010, Adelson had free hand in politics after the Supreme Court in the US ruled in favor of company participation in political campaigns.

A Man Of Risks

True to his business, Adelson was a man that took risks, and these paid off in the form of unforgettable changes to the economic and political landscape of Iran, Israel, and the US. Indeed, the Tycoon of Gambling.