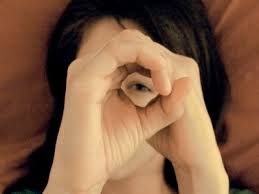 Every documentary filmmaker fortunate enough to have a close relationship with his mother should include her in a film about his life.  Or at least bring her to his premiere so that during the Question and Answer period, she can set the record straight about the her son.  Josh Freed, the director and star of Five Weddings and a Felony, a film which recently premiered as part of the documentary film festival DOC NYC, was lucky to have both.

In a movie that focuses on the confused fumblings of the twenty-something year old Freed as he navigates his way through modern dating, the injection of some maternal sanity was deeply appreciated.    Early in the film, Josh tells his mother, a psychologist, that he is thinking about moving in with his girlfriend of six months.  She responds by suggesting that his twenties should be a time of experimentation and discovery of who he is in a romantic relationship.  She goes on to imply that he shouldn’t get into such a serious relationship so quickly.  Instead, playing a card that will ring familiar to children of psychologists everywhere, she suggests that he go into therapy to a deeper understanding of himself and his motivations.  For the rest of the movie, the audience wishes he took his mother’s advice.

Armed only with a low-tech flip camera, Freed introduces us to his battlefield of urban romance.  The movie opens with his first attempt: his burgeoning relationship with a more successful filmmaker.  When that relationship falls through, Freed is at loose ends both professionally and personally.   But soon, overwhelmed by the prospect of a swarm of close friends’ weddings, he embarks on a project to document his own relationships during the course of his ‘Summer of Five Weddings.’

What follows is a bird’s eye view of Freed as he tries to participate in the adult world of love and romance.  Nowhere are his efforts more convoluted than his sporadic relationship with Paulina, the younger sister of a good friend’s fiancée.   Their on-again, off- again relationship is mainly orchestrated by Freed, who insists that everyone should be liked by a girl like Paulina—and indeed she is effortlessly adorable and lovely.  Yet, Freed can’t seem to figure out how he really feels about her.  When they are together, he pushes her away and when they are broken up, he is jealous of her other boyfriends.   The relationship that he most wants to emulate is the one between a childhood friend and her fiancé, who is secretly growing pot in his basement and is emotionally incapable of dealing with the consequences.

If Freed wasn’t an engaging filmmaker, it would be easy to excuse this attempt at self-reflection as a youthful confusion of self-confession and superficial honesty as true depth.  Instead, this film frustrates because he could have used his skills to delve more deeply into his motivation and other more universal themes such as intermarriage, class, and loss that appear on the periphery of the story.  In one of the most poignant scenes of the film, Freed and his mother are on the roof of their apartment building soon after they discover that his father was diagnosed with a rare form of cancer.  As his mother looks into the camera, she tells her son how much he means to them and how much they appreciate his spending time with them as he is making his movie.  For a few minutes, a more caring and selfless picture of Freed emerges providing a softer counterpoint to his other on-camera persona.  A less self-involved filmmaker would have used the opportunity to explore how the possible loss of his father might affect him, his parents, their relationship, and what he might want from a marriage—which after all is the point of dating.

As for the central relationship in the film between Paulina and Freed; it too would have benefited from a richer analysis.  Instead of just focusing on the game-playing aspects of their quasi-relationship, Freed could have used the opportunity to discuss issues of class and religion that surely would come up between the two of them; the son of Jewish upper-middle class parents and the daughter of a deeply Catholic Mexican immigrant family.

For those looking for a fluffy movie about the stumbling dating habits of bright young things, Five Weddings and a Felony may be for you.  But if you’re looking for a better understanding of why twentysomethings seem so clueless when it comes to relationships, this movie will not offer any real answers.  Perhaps you will need to wait for Josh Freed’s next movie–after he’s spent some time on the therapist’s couch.

Future release dates have not been announced, but the filmmaker is currently submitting it to festivals around the country.  To find out more, become a fan of the film on Facebook.

Symi Rom-Rymer writes and blogs about Jewish and Muslim communities in the US and Europe.