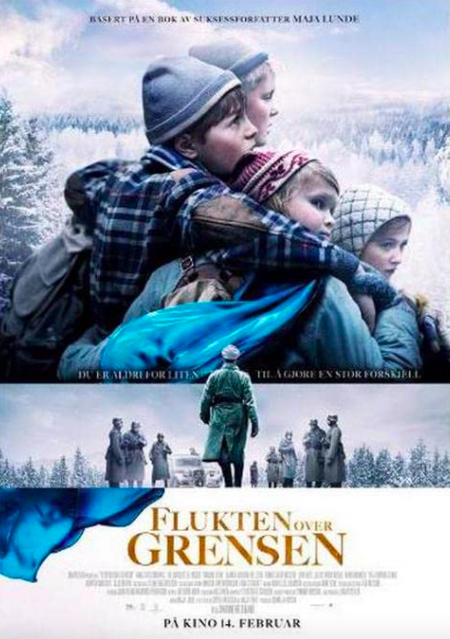 Told from the point of view of 10-year-old Gerda—who enjoys an idyllic life in the countryside, dressing up as a musketeer, running in the woods wearing an apron for a cloak, and arguing with her older brother, Otto—the film begins in the days leading up to Christmas. Wholly unaware that their parents are members of the Resistance, involved in the dangerous enterprise of hiding and transporting Jews to safety, the siblings are untouched by the German occupation of their country.

When Otto accompanies his friend Johan to a local pro-Nazi meeting, he is swayed by the speaker hectoring the audience: “The vermin came to Europe, they wanted money, power, prosperity. They wanted to steal our jobs. Now they have lured the world into war. Who am I talking about? The Jews! The Jews don’t belong in Europe, and certainly not in Norway!”

Hints of something unusual going on in their home start to impinge on the children’s consciousness. Aunt Vigdis talks cryptically to their mother about “two small sacks of potatoes,” and Gerda hears strange noises coming from the basement. Then one night, the police arrive, search the house and arrest the siblings’ parents. As he is led out, their father says enigmatically, “Go to Aunt Vigdis for Christmas and remember the gifts are in the cellar.” Suddenly alone, Otto and Gerda discover two Jewish children, Daniel and his younger sister Sarah, hiding downstairs in a secret cupboard. Otto, recognizing them as Jews, orders them to get out of the house, but Gerda grasps that they are the Christmas gifts her father had referred to. Daniel says they need to reach neutral Sweden, and Gerda, realizing that Halden, where Aunt Vigdis lives, is close to the border, immediately offers to help them escape. 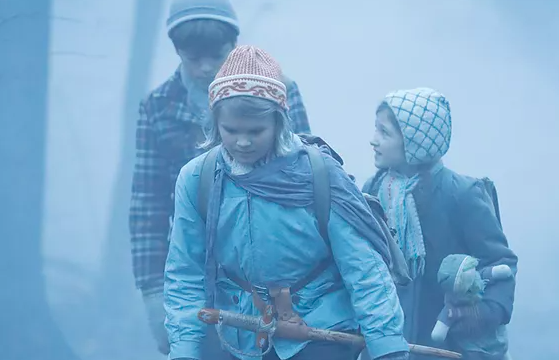 Most of the film follows the four children as they make their way towards Sweden, with only a map and compass to guide them. Their journey begins with a perilous train ride, for which they have no tickets, but an inspector, cognizant of their plight, issues them a lifesaving bit of advice. As they continue their journey, they witness the heartrending roundup of a Jewish mother and her children and, thanks to cousin Per, discover the true meaning of Aunt Vigdis’ reference to “sacks of potatoes.” Questioned by Otto as to why he is willing to risk so much to help two Jews “who are not like us,” teenage Per’s response is a moral beacon: “They’re people, and we’re people. People help each other.”

Struggling across the snow-covered Norwegian wilderness en route to Sweden, where Daniel and Sarah’s father has already found refuge, the children have a hair-raising encounter at a German checkpoint, meet a friendly older woman who is not what she seems, and are hunted by troops with dogs. 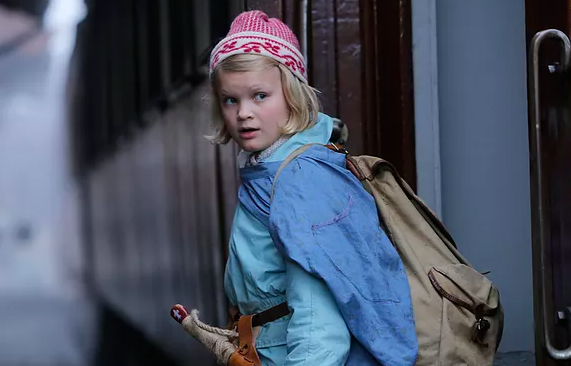 Despite Otto’s initial prejudice towards Daniel and Sarah, the way he is transformed into a compassionate and indeed heroic savior is a subject for parents and grandparents to discuss with younger viewers. It raises questions for discussion about why and how a person can come to realize the error of their ways and the meaning of righteousness in the face of evil. Bear in mind also that 771 Norwegian Jews were deported (most of whom were murdered) by the Nazis during World War II, yet more than 1,000 managed to escape to Sweden.

With its appealing storyline, dramatic tension and beautiful cinematography, The Crossing is an ideal film to introduce even quite young children to the difficult topic of the Holocaust.

This film deservedly won the Amanda Award for Best Children’s Film for 2020 at the Norwegian International Film Festival.

The Crossing can be seen here.

Due to the requirements of filmmakers and distributors, the virtual viewing of some movies is limited to certain geographical areas. Restrictions vary, but it is worth searching each title on the internet. Most virtual films are only available for a limited time.