Since 2015, Alexander Hamilton’s story has been brought to life nearly every night with hip-hop infused lyrics on the Broadway stage. Lin-Manuel Miranda wrote and starred in Hamilton, which won 11 Tony awards and is now one of the top-grossing Broadway shows of all time. The show currently boasts two national tours in addition to Broadway, Chicago and West End productions.

The founding father’s story has captivated people everywhere, and while it might seem as though the show captures Hamilton’s whole life in two and a half hours, one constitutional historian has more to add.

University of Oklahoma professor Andrew Porwancher has been researching Hamilton’s life since 2011, when he began looking into Hamilton’s background to add some biographical information to his constitutional history lectures. In his research, Porwancher came across information pointing to Hamilton’s potential Jewish heritage. He had heard rumors connecting Hamilton to Judaism and became interested in records showing that Hamilton attended a Jewish school as a child in the Caribbean island of Nevis.

Since then, he’s traveled to Europe and the Caribbean and read through thousands of pages of historical documents about 18th century life and religious practices. Some are still skeptical that one of America’s founding fathers was Jewish, but Porwancher is confident in his research.

The Jewish Founding Father: Alexander Hamilton’s Hidden Life is set to be published by Harvard University Press in 2019. Moment recently spoke to Porwancher about his upcoming book and the impact of his research on the perception of Hamilton and his legacy.

Why do you think Hamilton was Jewish? What are the strongest pieces of evidence?

One myth is that Hamilton’s stepfather—Johann Michael Lavien—was not Jewish because he does not appear in the Danish records as a Jew. I have gone through literally thousands of pages of Danish records and found that Jews are almost never identified as Jews in these records. If you do not understand the likelihood that Lavien was Jewish, then it does not make any sense that Hamilton’s mother would have converted. Hamilton’s mother, Rachel, was born a gentile; she was born Rachel Faucette. At the time Rachel married Johann Michael Lavien, in the Danish Caribbean colony of St. Croix, the convention under Danish marriage law was to ban Jewish-Christian marriages. So ostensibly, if she had converted prior to the wedding, then that would allow her to circumvent any sort of legal prohibition to their having an interfaith marriage. All of Rachel’s nieces and nephews were infant baptized in St. Croix. We know Lavien did not have the son that Rachel bore him infant baptized. Additionally, Hamilton’s own grandson identified Lavien as a Jew. We know that Lavien had been involved in business with other Jews at a time when Jews were disproportionately likely to conduct commerce among themselves. 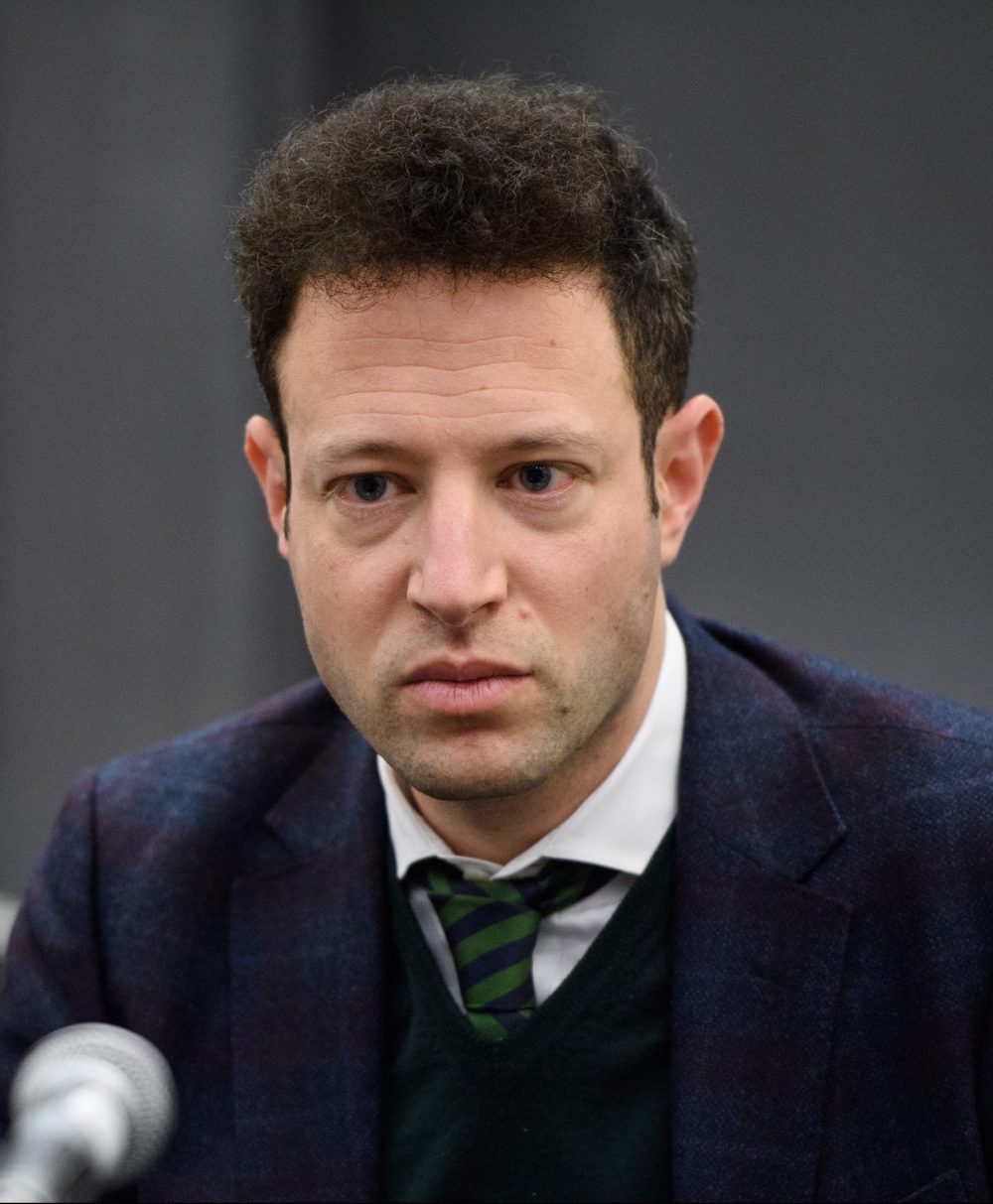 Andrew Porwancher, a constitutional history professor at the University of Oklahoma.

What was the most surprising information you discovered about Alexander Hamilton?

In terms of researching Hamilton’s adult relationships with American Jewry, I went through legal records that are held at the New York State Archives and uncovered court cases where Hamilton represented Jewish clients that even the editors of Hamilton’s four-volume legal papers had never come across. I was able to uncover a number of clients that Hamilton had. Almost every major figure at Shearith Israel, which was the one synagogue in New York in his era, was represented by Hamilton in court at some point in their life.

I think it is striking that Hamilton was a champion of religious freedom. For instance, Hamilton worked with John Jay to revise the charter for their shared alma mater, Columbia University. One of the changes they made is to open the office of the college presidency to people of all faith backgrounds, and what is particularly striking about this reform is that other colleges that date back to that era did not make comparable reforms in the direction of religious freedom for their presidential eligibility until the 20th century. When he did this, one of the people he included on the Board of Trustees was Gershom Seixas, who was the Hazan—the leader—of Shearith Israel, and this was the first time in the history of American higher education that a Jew sat on the board of an institution of higher learning. I think his having early exposure to a minority faith like Judaism informed a concrete decision he made later in life.

How, if at all, might your research change the public perception of Alexander Hamilton and his legacy?

We are in an interesting moment in American history where we have seen forces of anti-Semitism resurface in public ways. The kinds of people who marched in Charlottesville and say “Jews will not replace us” are basing their vision of America on a path where white, Anglo-Saxon Protestant men alone created the American nation, and people like Jews were outsiders who came later and who are somehow trying to lay claim to something that rightfully belongs to other people. I hope that this book can use Hamilton’s story as a way of demonstrating to the public the role of Jews in the founding of America. The history that white supremacists rely on is, in fact, erroneous. Jews have been a part of American history since its founding. One of the things that is striking about Hamilton’s story is that, in his adulthood, although he does not outwardly identify as Jewish, Hamilton cultivated a closer relationship with American Jewry than any of the other founders. Those relationships, in so many respects, are important to the founding and preservation of the country.

Have you faced any controversy while working on the project? What are the most common criticisms of your theory, and what would you say to those critics?

If you write a book making the case that a founding father was possibly Jewish, you are going to encounter a lot of enthusiasm and a lot of pushback. There are some people who are concerned that extremists who hate Jews and hate Wall Street and hate Hamilton have now found them wrapped up in a neat bow with the academic backing of a scholar publishing a university press book. I have a professional obligation to tell the truth as I see it, and if a bigot is going to use my book as a distorted echo chamber for their prejudiced ideas, I cannot let that stop me from moving forward with this research.

In terms of criticism, there are some people in academia who are resistant to sympathetic depictions of Hamilton. On one end of the spectrum, I had a rabbi say to me: “Andrew, some ideas are too good to fact-check,” and on the other side, you can find people who have a knee jerk hostility to my argument and are not really interested in dispassionately considering the merits of my case. My goal is to appeal to the open-minded skeptic, the person who does not necessarily buy an argument at first glance but is open to being persuaded in light of compelling evidence.

At the end of the day, I’m not saying that the theory that Hamilton was Jewish is consistent with the evidence and you can take my word for it because I am a professor. I carefully lay out all of the relevant evidence, and the book is heavily footnoted. Ultimately, people are going to be able to read this book and judge for themselves whether I have offered a fair treatment of the relevant evidence.

END_OF_DOCUMENT_TOKEN_TO_BE_REPLACED

5 thoughts on “Was Alexander Hamilton Jewish?”