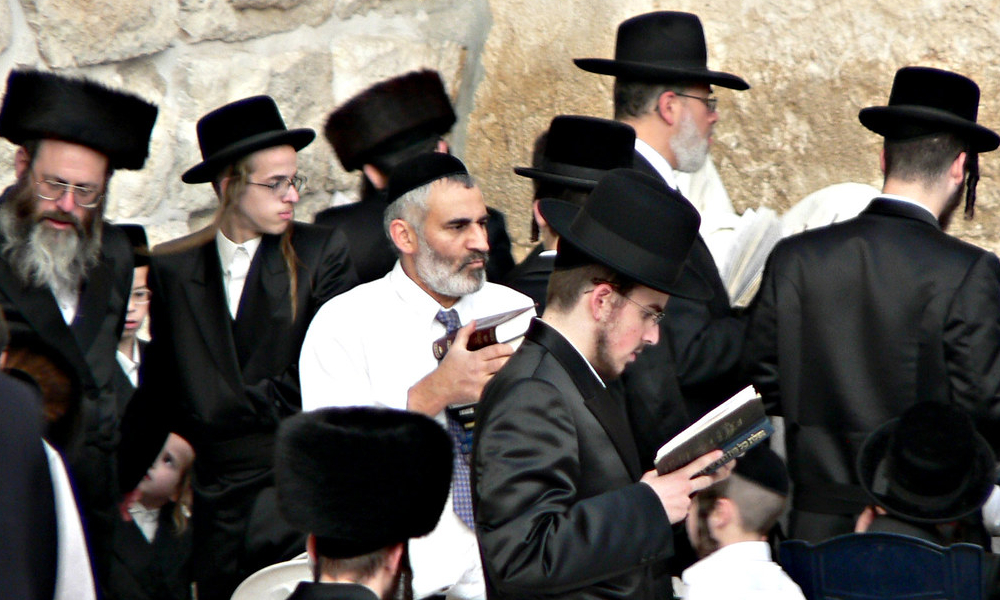 Much of the time, Israeli society is fractured by differences and resentments. Sometimes, we define ourselves more by whom we’re against than what we stand for: Jews vs. Arabs, religious vs. secular, right vs. left, Mizrachm vs. Ashkenazim, rich vs. poor, the periphery vs. the center.

But as Israel has shown repeatedly, in times of emergency, we pull together. We are proud that crises bring out the collective best in us. In times like these, we don’t talk the language of difference and identity; we embrace (these days, at a distance) cohesion and social responsibility.

At this time, when we’re in lockdown, this underlying social cohesion, as I wrote in my previous piece, plays a big role in keeping most Israelis at home. But for some groups, and in particular, for some in the ultra-Orthodox community, this togetherness is a threat.

In a communal society like Israel, self-quarantining and social distancing are difficult. They are particularly difficult for religious communities because so much of Jewish observance is based on community. There are numerous examples: We need ten people (or men, depending on the stream of Judaism) to form a prayer quorum; holidays are observed in communal gatherings; inviting others to your home and sharing your meals is a mitzvah and many more. It has been very painful for religious institutions of all streams of Judaism to shutter their synagogues and close their schools, yeshivot and study halls.

Yet most of them, even if they were initially resistant, have done so, especially after Chief Rabbi of Israel Yitzhak Yosef said that it was “incumbent on the entire public to obey the instructions of the health authorities…and God forbid not to belittle them.”

Knowing the particular needs of the religiously-observant community, Rabbi Yitzhak Zilberstein, a well-known and well-respected leader in Israel, wrote instructions for dealing with the coronavirus on Shabbath in accordance with the regulations put out by the health authorities. Among other things, he told his congregations that if a person is waiting for the results of the coronavirus test, they must leave their cellphone on over Shabbat and respond if they receive a text or a phone call; that if someone’s test is positive, they must go to a hospital immediately, by car; and that synagogues can operate but with a maximum of 10 people in any one room at a time.

ZAKA, a rescue volunteer organization founded and headed by ultra-Orthodox Jews, has announced that it will deploy its ambulances in ultra-Orthodox neighborhoods over Shabbat so` that they can relay information if someone needs to be isolated or transported to a medical facility.

“This is a true case of pikuach nefesh, where the preservation of human life overrides virtually any other religious rule, as thousands of lives are in danger,” declared Yehuda Meshi-Zahav, ZAKA chairman. “Each one of us could be that person who is infecting others, and this could reach thousands…According to the Rabbis’ rulings, it is allowed and incumbent upon us to tell the police about any gathering that is in defiance of these Health Ministry instructions.”

But not all of the ultra-Orthodox sects accept the regulations of the ministries or even the religious rulings of the rabbis. To them, maintaining their autonomy from the State and its institutions is necessary to preserve their beliefs and their lifestyle.

So while the health ministry made it clear that all nursery schools, grade schools, high schools and universities should be closed, Rabbi Chaim Kanievsky, the most important rabbi in the Lithuanian faction of the ultra-Orthodox world, ordered his followers to continue studying in their yeshivot as usual, since, he said, “the very existence of the world depends on them.”

Following the rabbi’s words, Yitzhak Weiss, an unofficial representative of the Eda Haredit, an umbrella organization of strict ultra-Orthodox communities, told The Jerusalem Post that, “It is more dangerous to close the Talmudei Torah [ultra-Orthodox schools], because our tradition says the Torah protects and saves us from calamities, and to close the schools of Torah learning children would do more harm.”

By mid-week, the health minister (who is ultra-Orthodox) issued an immediate injunction order to the ultra-Orthodox schools to shut down. It remains unclear if they will obey the injunction, even though the government has recently announced that it will begin to fine and even arrest heads of educational institutions who keep their schools open.

As long as we live in completely segregated communities, a tense, uneasy quiet prevails, until the politicians from one side or another stoke the animosity. Sometimes, the animosity turns violent.

But now the coronavirus has upset that balance. The ultra-Orthodox have large families and live in crowded apartments in densely populated neighborhoods with their religious, social and commercial institutions in close proximity to their homes. If just one person became infected with the virus, it would likely spread quickly and dangerously through those neighborhoods—and from there across all sectors of Israeli society.