The Wisdom Project at Moment: Inspirational conversations with wise people who have been fortunate to live long lives.

This week’s conversation is with Aribert Munzner, 92, of Minneapolis.

Nothing dampens the spirit of artist Aribert (Ari) Munzner, not even the 1,000 gallons of water that Minneapolis firefighters employed to extinguish the blaze that wrecked his art studio. Munzner’s space had the bad luck to be located across the street from a bar torched in the May 2020 riots following the death of George Floyd. When embers blew onto the wooden roof of the building that housed Munzner’s studio, the resulting fire and water damage destroyed decades of art in his ongoing Genesis project, a series of works celebrating life. He did what he’s done throughout his career: embraced the moment as a genesis, a new beginning.

Born in Mannheim, Germany, in 1930, he and his family fled the Nazis for Baghdad in 1937. Four years later, they fled that city, too—before a spate of anti-Jewish violence that killed 180 and injured 1,000. Munzner’s family managed to procure visas to New York at that time, as millions frantically tried to leave Nazi-occupied Europe, because his father, a doctor, was born in South Africa and the U.S. still had room for immigrants from his country.

The family settled in Alton, New York. Munzner earned his BFA from Syracuse University in 1953 and his MFA from the Cranbrook Academy of Art in Bloomfield Hills, Michigan, in 1955. In New York, he studied and worked with renowned photomicroscopist Roman Vishniac.

Munzner’s long and distinguished career included teaching stints at the Minneapolis College of Art and Design, University of Minnesota, Kansas City Art Institute and the Yale Summer School of Art, among many other schools. He lectured frequently throughout the U.S, and mentored graduate student artists until finally retiring in 2003. Since then, he has dedicated all of his time to painting.

Moment recently visited with Mr. Munzner to hear his wisdom of 92 years.

What is some of the wisdom you’ve acquired in your lifetime?

When I was  Bar Mitzvah’d in New York, there was this imposing rabbi in one of those huge gowns they used to wear. So the big Rabbi puts his hand on my shoulder, and he says, “Arieh, you are one of the lucky ones, the fortunate ones. It is your duty to serve your people.” BOIIIINNG! He put this huge thing on me!

It took me a long time to figure out what the hell he meant by that. What was it I could do to serve my people? I’m not just talking about my people—my people are planetary, I don’t belong to any tribe like that. I realized, my passion is the moment. In 1956, when I was in my twenties, I decided that for the rest of my life I would approach my work in only one way: I would use it to celebrate life. So I’ve spent the last 60 years working on that celebration—with a constant sense of wonder about the present moment.

So how do I celebrate life? When my brush touches the canvas, I’m in conversation through my brushes, not only with a color, but with a moment. How do I—in everyday looking, seeing, feeling, touching—continue that sense of wonder I had as a kid? I used to use the word cosmology, but no one knew what I was talking about. So now I use the word Genesis—Bereshit.

People ask me, “Oh, you’re doing Genesis, is this from the Torah, from the Bible?” I say, well, you know, somebody wrote the Bible. I’ve learned that words sometimes interfere with an actual, intuitive feeling. Nobody wrote the true Genesis— the universe created itself. Genesis is happening in every moment—the universe is always reborn. It’s always unique. When I paint, I ain’t doing the work, the universe is. 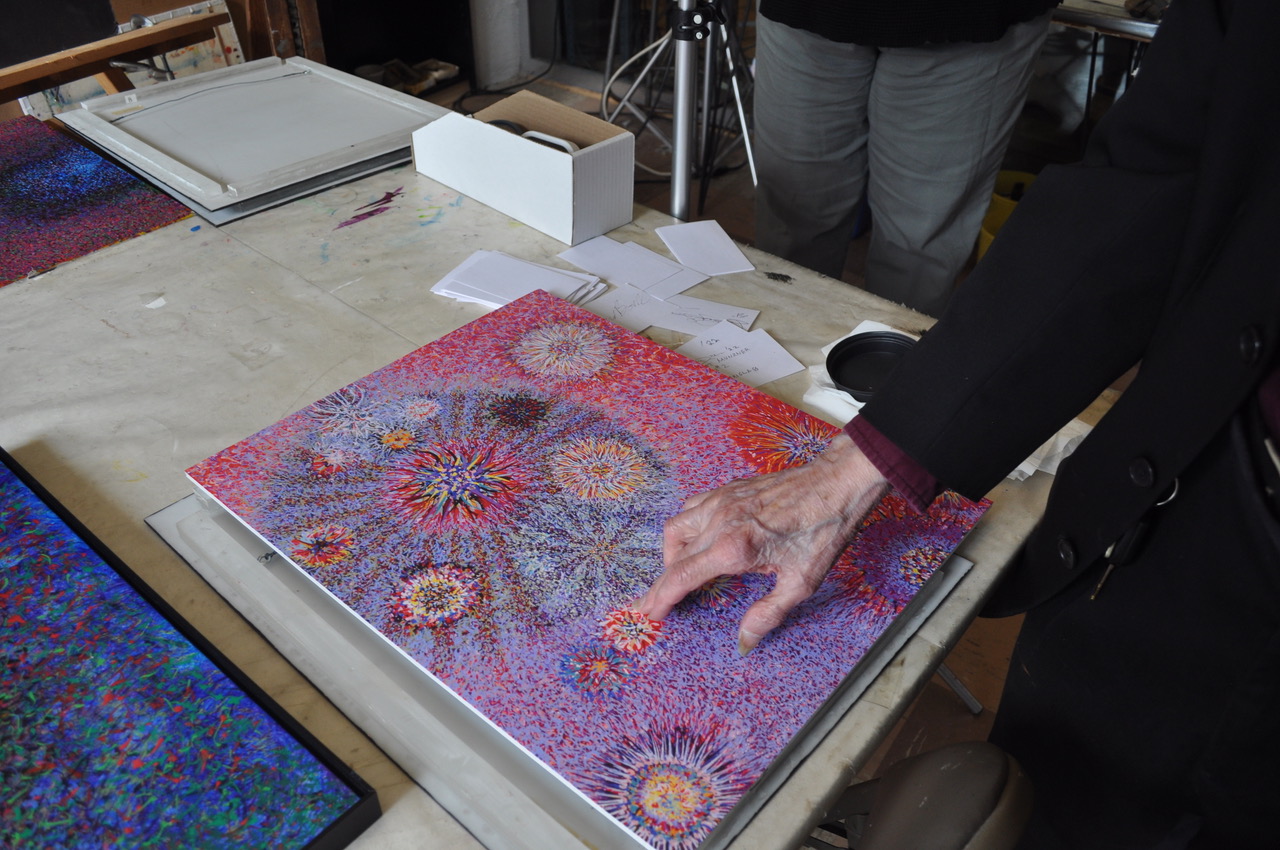 How do you view regret?

Regret is the residue, the waste product of one’s ego. Yes, everybody has regret—it’s part of the human dynamic. But when you experience regret as a description of the state of one’s psyche, you’re not living in the moment. Regret is falling back upon the habits of “should have, would have, could have.” I assiduously avoid it like poison, because it actually does poison the moment that just went by. Regret is a very personal form of failure, and I don’t believe in failure. I just let it pass, and it goes into the scrap heap of history.

What experiences should young people really not miss out on?

I love that question, because that is an optimistic view of the universe. I would say that if it looks like it’s impossible, then it’s interesting. Embrace the challenge. Don’t seek the comfort that is acquired in our consumer culture, but the ability, through living in the moment, to emerge inside whatever this experience is.

The context, the big picture, which I constantly go back and forth for, is, “hey, I’m alive.” Then you can pinch yourself and say, “Wait a minute, what is life?” and then go into the most wondrous daydreams! 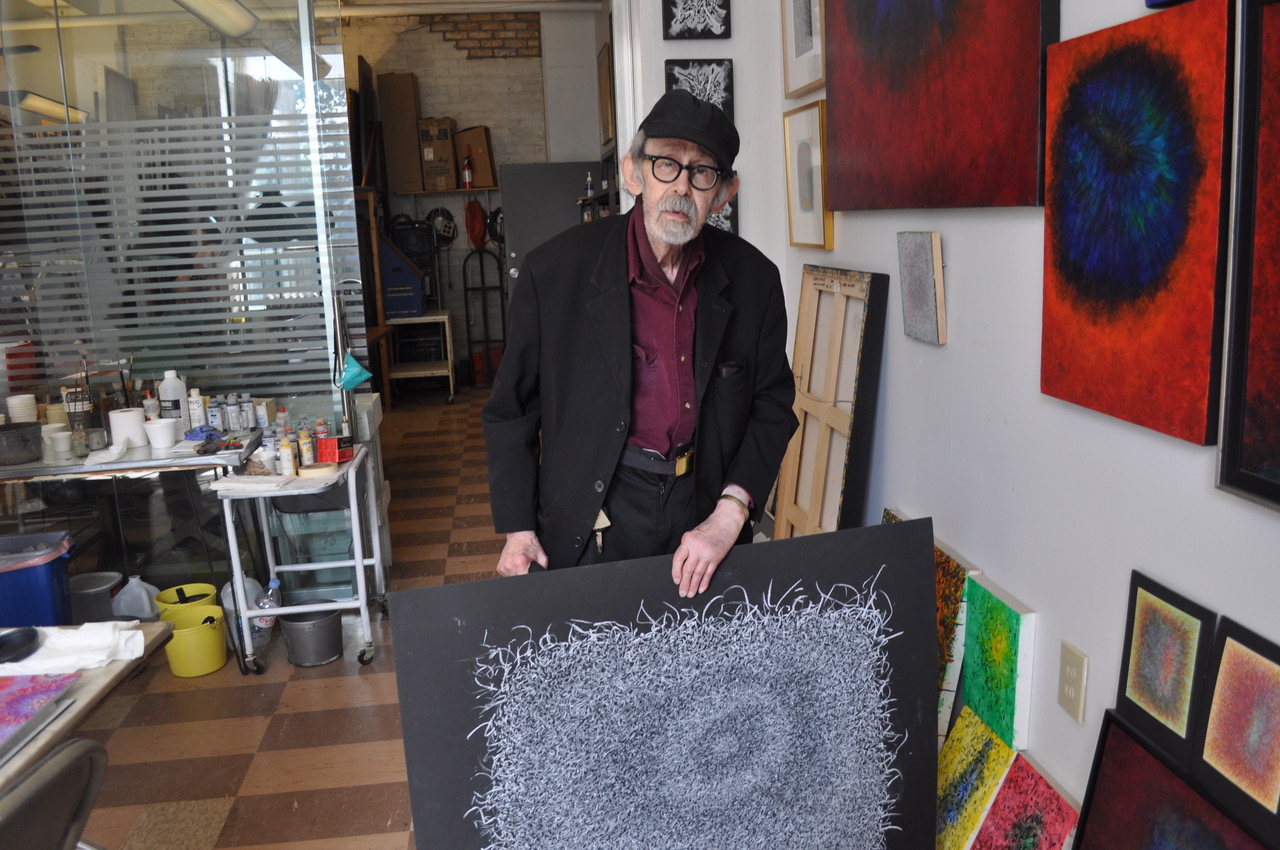 Who has inspired you?

Rabbi Zalman Schachter-Shalomi was an old friend, going waaaaaay back to the 1960s and ’70s when he’d stop in Minneapolis on the way from Winnipeg. He’d hand me these mimeograph sheets on maroon paper with all kinds of things about Kabbalah. And he’d explain Genesis from his point of view. For example, instead of “In the Beginning,” he’d say “In a beginning.” That’s Zalman. He was such a rebel that he got excommunicated by the people in Brooklyn who actually made him a rebbe!

Is there a particular problem in the world that you are especially concerned about?

My real worry is that we will actually destroy ourselves before we convince ourselves that there is an alternative. My doomsday scenario is that the commercialism, the egocentrism, not just of people, but of nations as well, will override our deep understanding of our place in the universe. There are enough people who understand that we are in danger as a species, but how do we convince each other that it’s time for us to band together? One person can’t do it, only we as a huge section of humanity can do it.

I use every instance that I can to somehow meld empathetically—with stars, with people, with dogs. For me this is a childish tendency to PLAY. That’s all I’ve done for the last 60 years. It seems to me that the child inside of me trusts. I do not trust structures that are manufactured by human beings—I trust that which mystics would call the unexplainable, the mysterious. But it’s not really any mystery at all— it’s how the universe works. With the inquisitiveness of a child or Einstein, one is like a squirrel jumping from tree to tree consuming the delicious nuts of the universe. Use that unbelievable ability to meet, through our own psyche, that which is completely mysterious.

Do you have any advice to pass on?

Celebrate life. Keep your sense of wonder alive. Don’t be afraid of mistakes, because there isn’t such a thing. “Mistakes” just lead you into different territory. Trust the universe to unfold itself. And use empathy as a tool to understand that which you don’t know—if you try to understand with your intellect alone, the moment disappears.

At age 98, Ted Comet has served the global Jewish community for more than 70 years. He has no plans to stop.

END_OF_DOCUMENT_TOKEN_TO_BE_REPLACED

Joan Gross Scheuer, a retired economist and education champion, is a pioneer in remedying inequality in public schools.