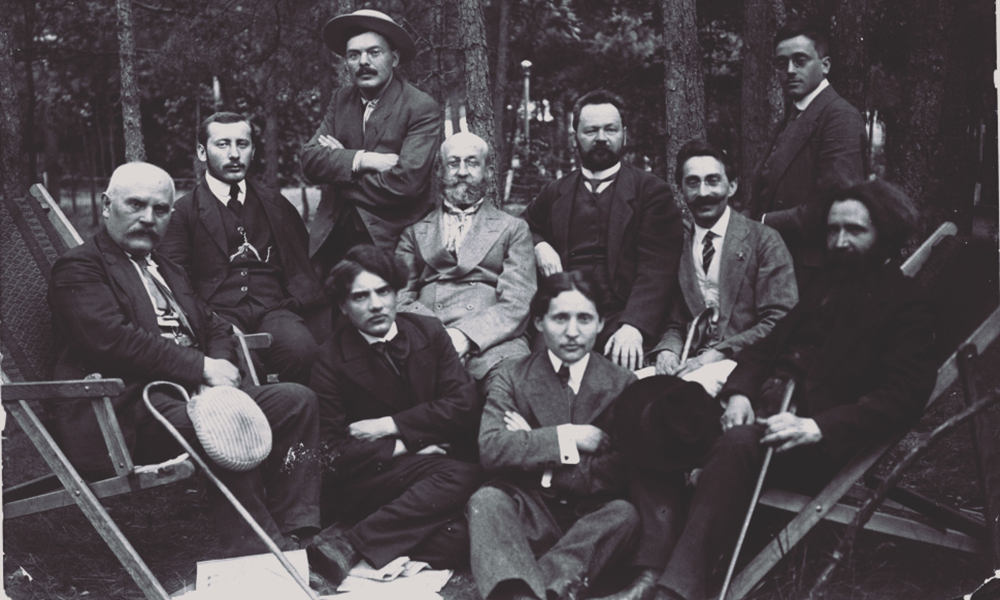 Moment has its origins in Eastern Europe. Leonard Fein and Elie Wiesel named Moment for the influential independent Yiddish-language Der Moment, founded in 1910 in Warsaw, Poland. “Der Moment became a massive-circulation newspaper, and lived until it was murdered together with Polish Jewry,” Wiesel once said. “I never read the paper because that was not what yeshiva boys read,” he explained. “But I was very curious about it.”

The daily was founded by writer and editor Zvi Prylucki and his son Noah, who was an attorney, political leader and Yiddish philologist. Its run came to an end in 1939 when the Nazis overran Warsaw. Zvi Prylucki died in the Warsaw Ghetto and Noah Prylucki was tortured and shot in Vilna. 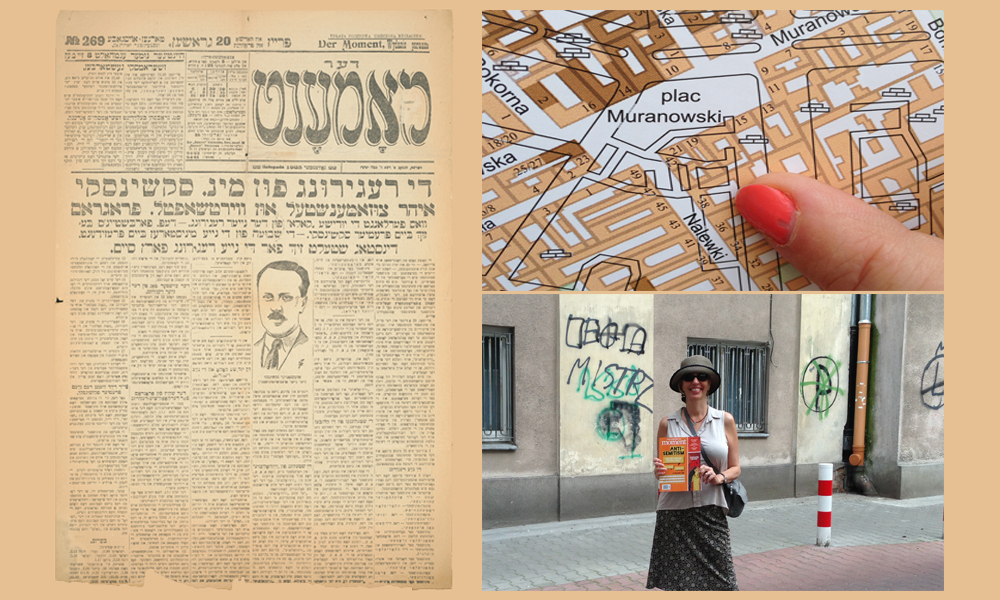 Left: The broadsheet, which was known for its cartoons. Right: Moment editor-in-chief Nadine Epstein stands on the spot where the Der Moment office was located at 33 Nalewki Street. Since the building was destroyed when the Nazis leveled the Warsaw Ghetto and the street plan was altered after the war, it took quite a bit of sleuthing to determine the location. 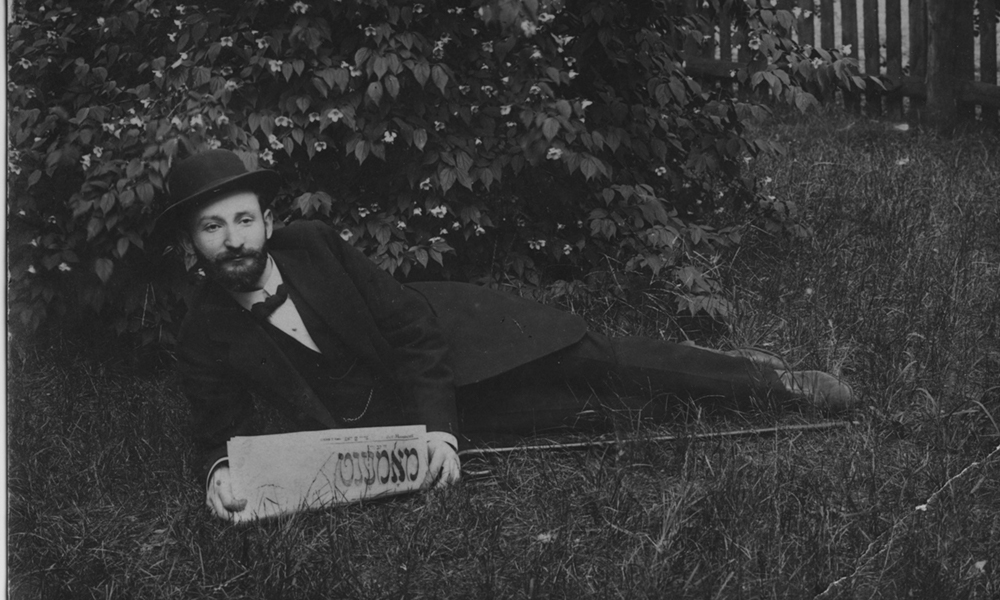