The Mystery of the Jewish New Year Valentines

For a number of years, collectors Bindy Morris Bitterman and her husband, Richard Bitterman, accrued a substantial array of Jewish New Year greeting cards. Among these was a strange variety of what appeared to be repurposed Valentine’s Day cards that had been transformed with Jewish greetings for the New Year. Bindy Bitterman eventually compiled a small book highlighting these cards, appropriately titled The Mystery of the Jewish New Year Valentines. Her research for the book revealed the following explanation:

In the late 19th century, Jews immigrated to America in increasing numbers. At the time and until the outbreak in 1914 of World War I, Germany was the source of some of the finest and most beautiful printing in the world. Among the popular imports to the United States were elaborate, three-dimensional greeting cards for all occasions, including Valentine’s Day and Rosh Hashanah. During World War I, it became increasingly difficult to import cards from Germany. To satisfy the demand of Jewish immigrants for New Year and other greeting cards, innovative American producers started repurposing German-made Valentine’s Day cards, which they had on hand, by adding appropriate greetings for a Jewish audience.

Below are examples of these fascinating hybrids: 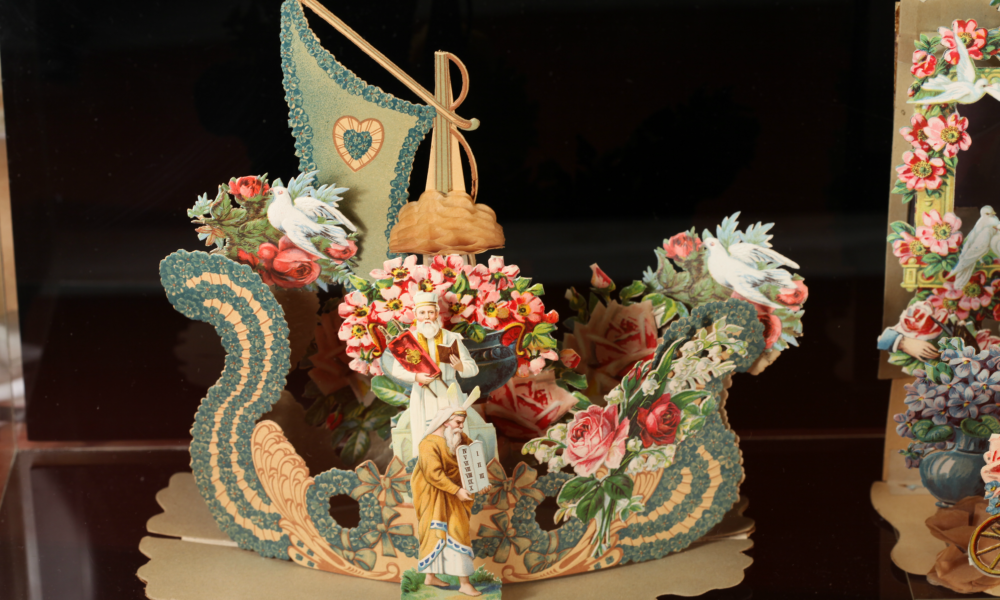 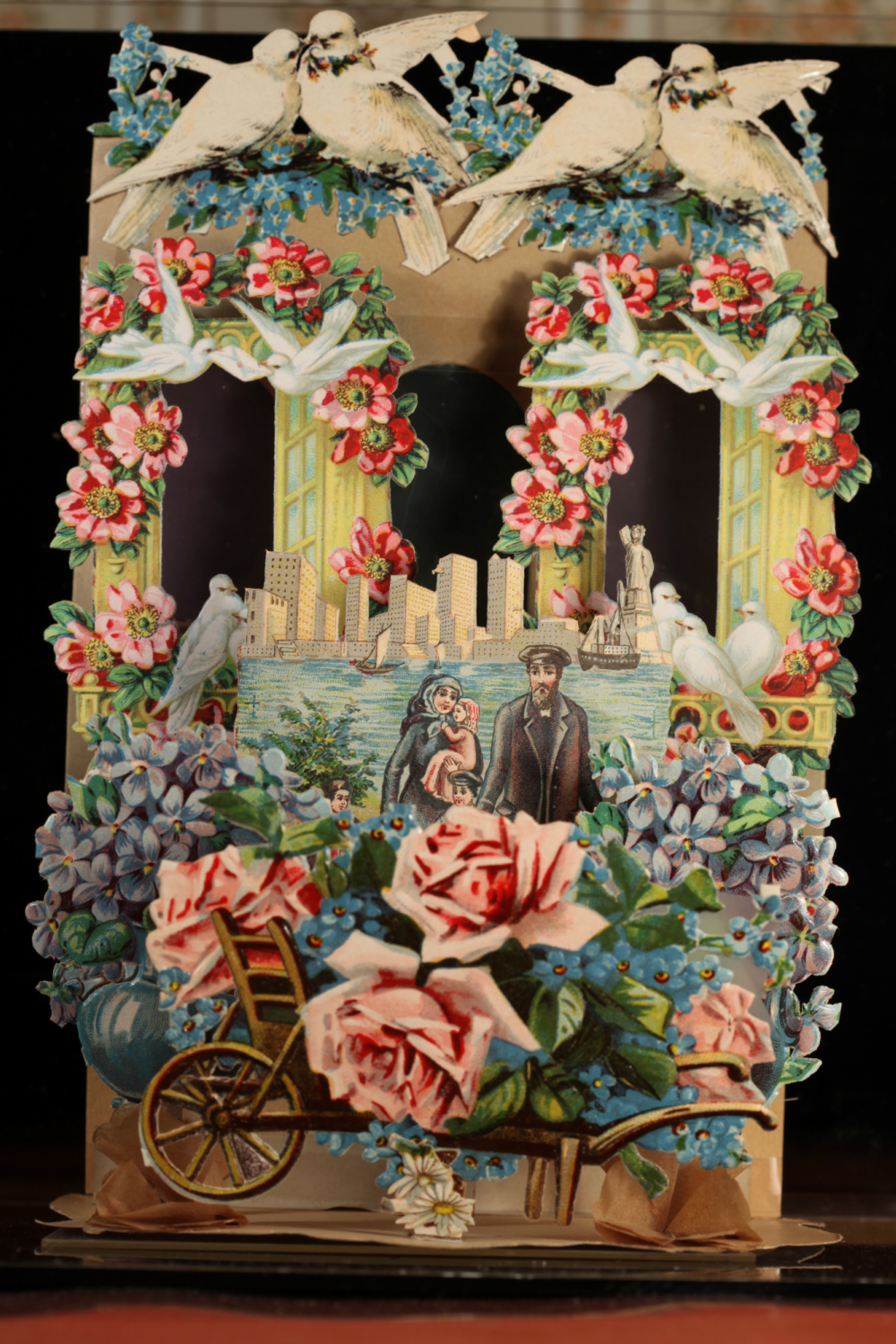