When I launched this column for Moment back in September, I spotlighted the best Jewish movies I had seen so far in 2019. They were a bit offbeat. One was about a young Israeli trying to flee the influence of his own country, and the other was about Russian Americans trying to make sense of theirs.

The theme of trying to figure out how much we belong to the world around us loomed over most Jewish movies I saw this year—even the polarizing one that turned the Nazis into the Boy Scouts. We are now at the tail end of 2019 and smack in the middle of awards season. So I wanted to take a moment to share some more great cinematic tales of Jews making sense of their relationship to the world, and the world, in turn, making sense of its relationship to Jews.

Once again, I hope these choices can stretch the definition of what constitutes Jewish art. That’s what Chai Brow is all about. 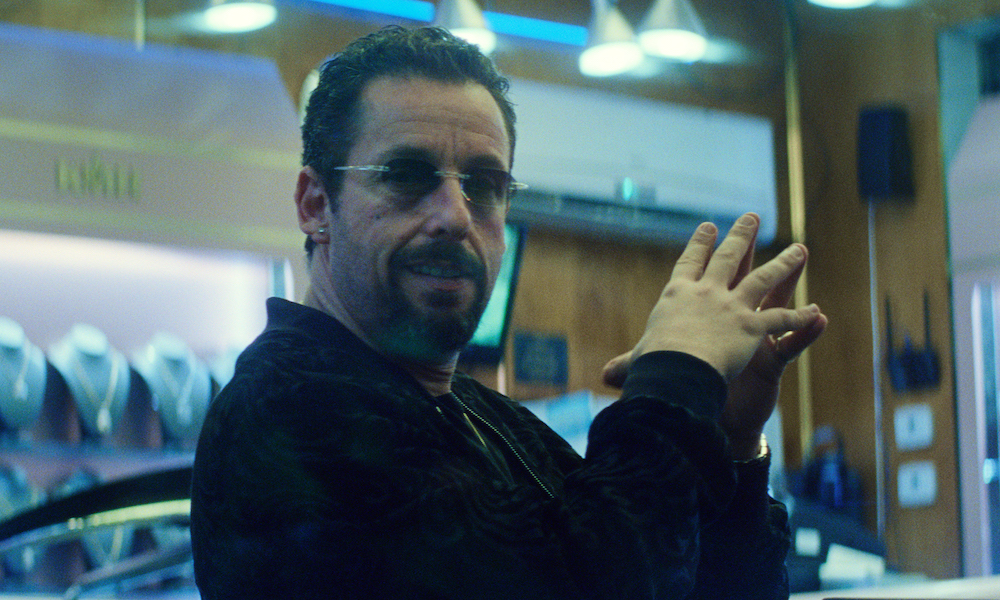 The image of Adam Sandler playing every scheming jeweler you’ve ever met, decked out in name-brand menswear as he tries to recover his debts by placing ever-escalating outrageous sports bets, would strike fear into the hearts of many a moviegoer. But Uncut Gems balances a tender heart with cutthroat suspense and a surprisingly nuanced understanding of American Judaism to make you actually feel kind of bad for a schlub who’s in way over his head.

The latest from the white-hot Jewish writing-directing team Benny and Josh Safdie, lovers of the grubby New York underworld, is also the finest showcase of Sandler’s career. His Howie Ratner is a hurricane of flashy showmanship and bad decisions who tries, among other sins, to broker deals during his family’s Passover seder. Sandler’s mildly Jewish man-boy comedies have long made him the poster child for the “culturally Jewish” segment of the millennial generation. But here he breathes full, cynical life into a character whose financial mismanagement, indifference to his children and clumsy attempts to derive meaning from his own heritage (he takes pride in a black-market mineral he’s smuggled into the country because it came from “Ethiopian Jews”) send him into a fit of self-loathing that he may never recover from. Uncut Gems is shot like a music video and paced like a heart attack, and delivers a gut-punch ending straight out of a particularly cruel Torah portion.

There’s a global trend toward fascism today that closely resembles Germany’s drumbeat in the 1930s…but how similar is this moment, really? That’s one of the questions German director Christian Petzold seeks to answer with his brilliant drama Transit, an adaptation of the 1944 novel by German Jewish author Anna Seghers.

The original novel concerns a man who impersonates a dead writer to join a group of refugees stranded in Marseilles desperate to book passage out of Europe amid the Nazi invasion. Here it’s been transposed to a time period that seems very much like the present. Modern-day police vehicles patrol the streets, and everyday citizens in contemporary garb (mothers pushing kids in strollers, men running shirtless) fill the background. Nazis are never mentioned by name, and no other explanation is offered for whatever the current ruling power is. Yet there is clearly a sinister paramilitary force that has overtaken France and threatens to do irreversible harm to a huge number of civilians. These include Jews, but also North Africans, as well as white Europeans who don’t seem, at a glance, like they’d be targeted for “othering.” The multicultural makeup of the victims is one of the film’s more unsettling conceits because it forces us to remind ourselves that people are people and that today may not have traveled far from yesterday. 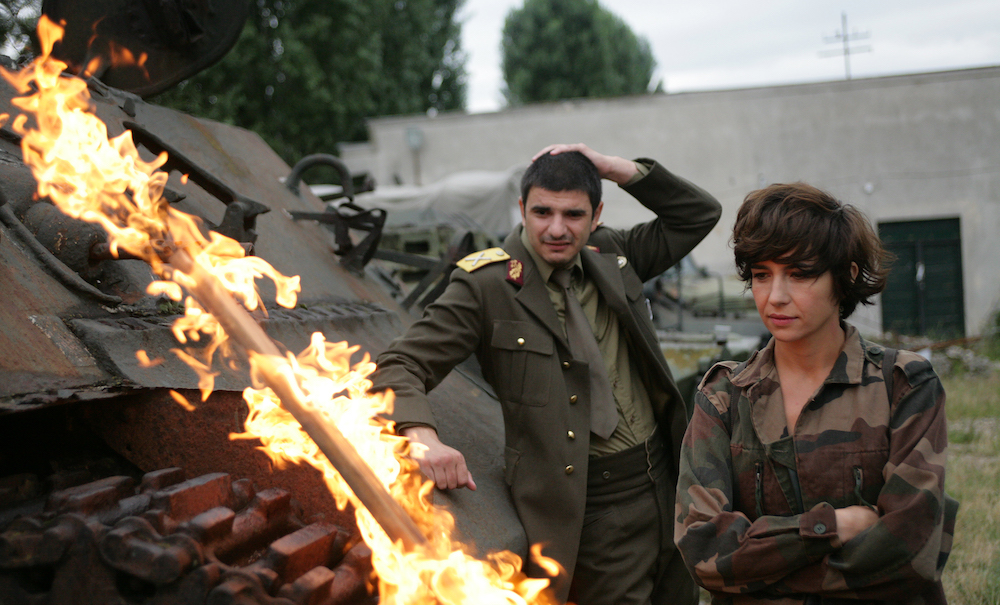 The above phrase, one of the best movie titles I’ve ever seen in my whole life, is a direct quote from the Romanian dictator Marshal Ion Antonescu. From 1941 to 1944, Antonescu’s regime partnered with the Nazis on the mass slaughter of hundreds of thousands of Jews, making Romania one of the deadliest massacre sites of World War II, before switching sides to fight off Hitler’s army instead. The future will only remember the good times, right?

Antonescu’s blasé attitude toward how history will treat him proves correct in this Romanian black comedy from director Radu Jude, in which a young artist named Mariana (Ioana Iacob) attempts to stage a present-day public reenactment of the 1941-1942 Odessa Massacre. Mariana wants her countrymen to understand and acknowledge the role their own nation played in the mass genocide of Europe’s Jews, but she’s stymied at every turn by hostility and indifference: actors who just want to hold retro military gear without thinking too hard, a government funder who accuses the project of being “anti-Romanian” and even her own boyfriend’s shrugging diagnosis that she’s “obsessed” with her country’s dark past.

But Barbarians has no such qualms about its own obsession. Its dialogues about nationalism, culpability, and collective historical amnesia have an electrifying power that reaches far beyond Romania and far beyond Jews.

Had a nationwide rollout this year; check its website for upcoming screenings